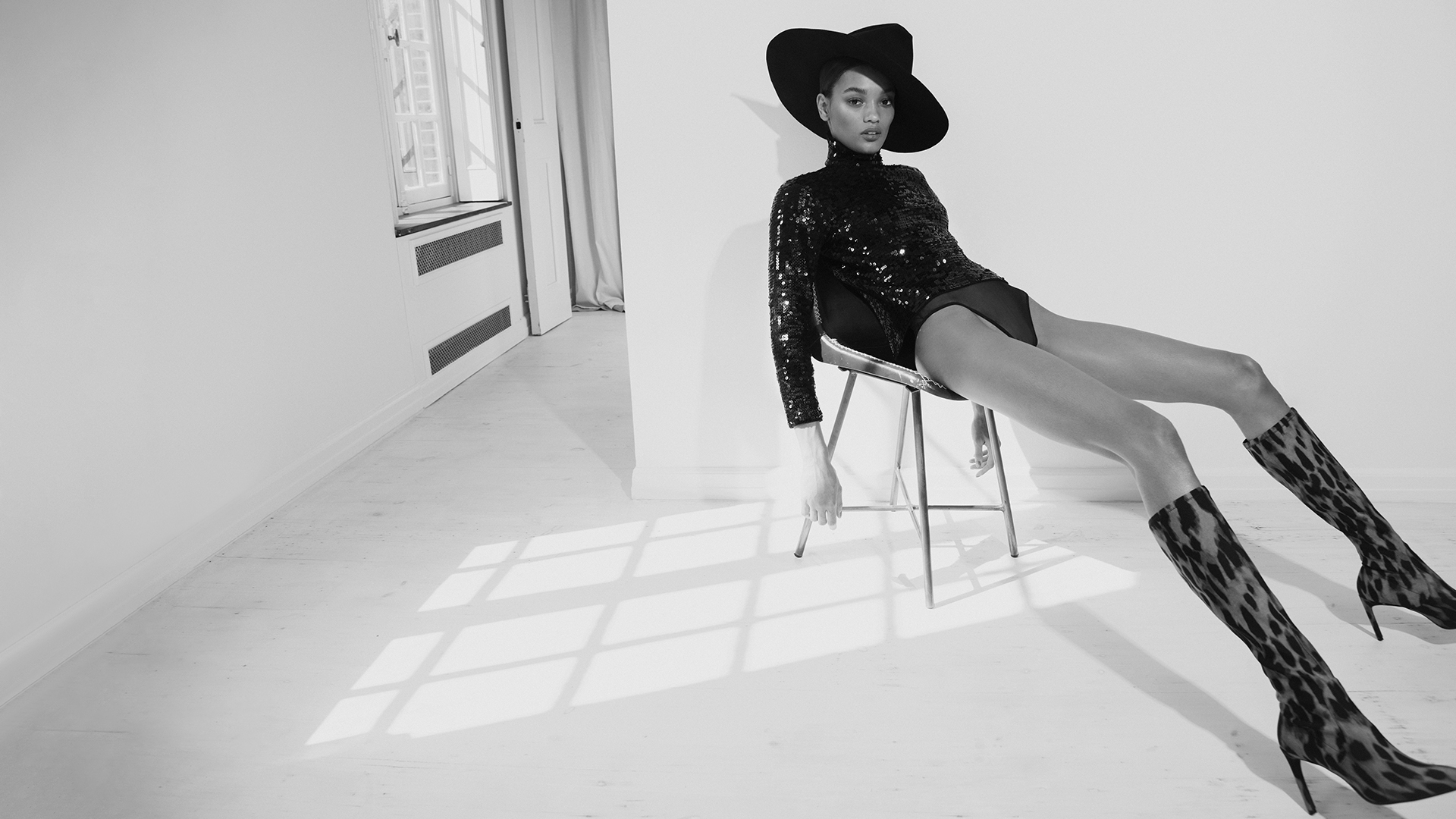 Lameka Fox makes us want to be excessive. Outrageously, shockingly, wildly excessive. Thigh-high boots the colour of forbidden fruit? Yes. Sequined turtlenecks? Yes. Slick PVC? Yes. Chanel? Obviously! It’s not shocking, then, to learn that Fox earns a living by wearing and selling beautiful clothes for beautiful brands. The model has worked with some of the best during her few short years in the industry: Victoria’s Secret, Marc Jacobs, Brandon Maxwell and Dior among others. But how does the girl from a horse farm in Maryland go from rural to runway? On Instagram, says the social media cultural zeitgeist of the 2000s. Fox was discovered by her now-agency using the #WLYG hashtag (short for IMG’s @WeLoveYourGenes digital scouting campaign) on one of her own make-up-free photos. (Indeed fellow models Alannah Walton and Gizele Oliveira were actually noticed in the exact same way.) Within a few days, Fox was in New York City, signed and gearing up for what would be her runway debut mere months later: Marc Jacobs Resort. That was back in 2016, and it’s been a whirlwind ever since with Fox clocking laps around the globe for an onslaught of shoots, campaigns, runways and covers. Even in the midst of chaos, Fox is chilled out on set. She’s big on holding herself accountable for the energy she brings to a room, so diva antics aren’t her thing (even in a pair of high-octane boots as pants). With legs that go forever and a face that could launch a thousand ships, she’s a sight to behold. It’s easy to get a little melty around her, but there are photos to take. And she certainly can’t get into the PVC alone, can she? Serendipitously, this shoot actually coincided with the onset of fashion month, where models amp themselves up for long days and even longer nights (Fittings! Call times! Champagne!). But Fox has a plan to make it through fashion month – and life in general – unscathed: a hearty consumption of southern food at the close of every runway show she walks in. Hopefully, in the boots? And the latex? Either way, sounds like heaven to us.