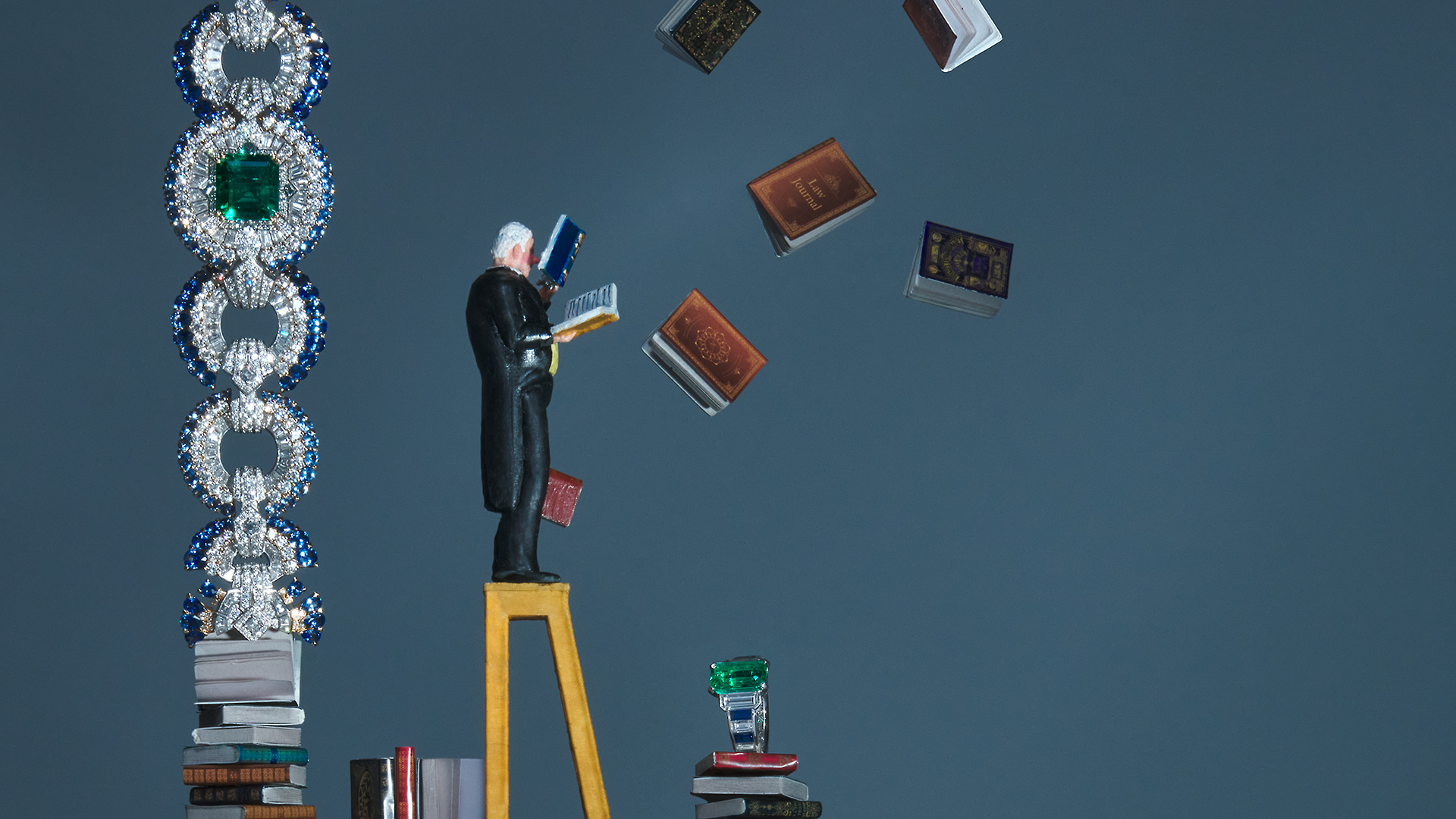 Carroll’s opus provided a literary window into a world beyond our own; an adventure that takes place from the comforts of a library in a world just outside our window. In Wonderland, a cat can disappear and reappear later. A caterpillar smokes a hookah, a cake can make you grow the size of a house and a rabbit can own a watch. Carroll’s text demands that we drop our preconceived ideas and instead embrace the wonder of potentiality that the imagination and creativity can provide. It’s a similar path taken by the exquisite art of high jewellery. Or timepieces that shimmer between objet d’art, wearable sculpture that contains a quintessential function.

In Wonderland, a timepiece replicates the beauty of nature. Piaget’s stunning Starry Night Watch Emerald Star Watch mimics the delicate shape of leaves via marquis-cut emeralds and diamonds, a vine of stars that drape over the wrist like a wreath. Above the watchface, a cushion cut emerald from Columbia glows like a small sun above the moon-like mother-of-pearl face.

Like the works of Lewis Carroll, fairy tales played both a moral and subversive role in Victorian England, an era in which they thrived. Discrete sensualities lay hidden in the texts, making themselves known only to those who read them. Just as high jewellery lay close to the heart and skin, often encoded with symbolism that slowly reveals itself to the wearer.

A unique expression, the Carrousel Des Demoiselles Bracelet from French Maison Van Cleef and Arpels’ Quatre contes de Grimm collection also contains its own hidden fairy tale – the circle of flawless emeralds become a circle of frogs that surround the animal destined to transform into a princess.

More than the Mad Hatter or the Queen of Hearts, perhaps the most enduring beauty of Alice and her adventures, and the emotional sway that fairy tales have on us even today, is a reminder to never lose that child-like sense of wonder in the world.

“CURIOUSER AND CURIOUSER” IS PUBLISHED IN THE 12TH EDITION OF GRAZIA INTERNATIONAL. ORDER YOUR COPY HERE.