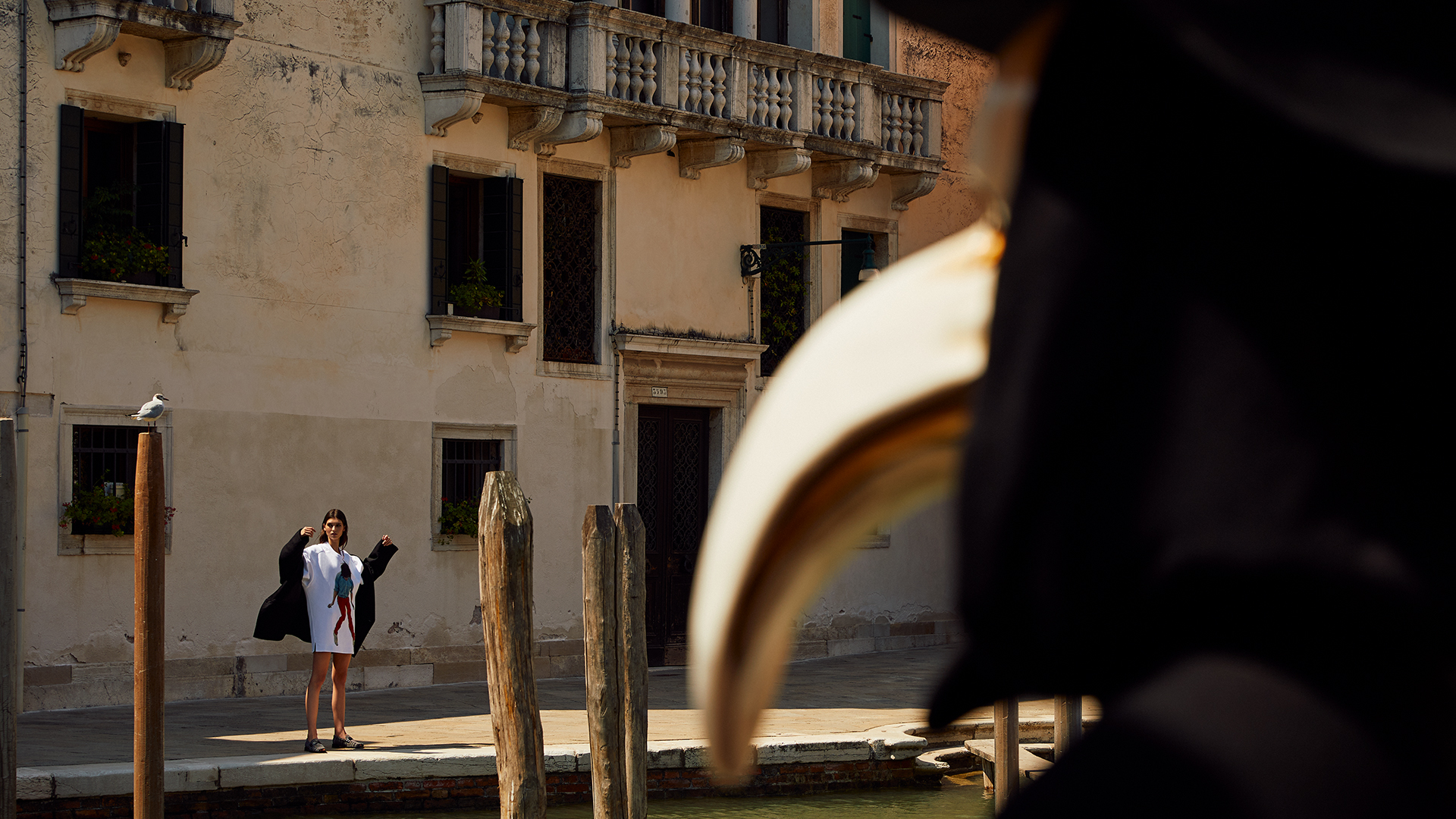 In 13th century Venezia, both aristocrats and peasants would wear elaborate masks to conceal their identities during a two-week period known as Carnevale di Venezia (The Carnival Of Venice). As they danced together in the canal-hemmed streets, engaged in illicit gambling and partook in clandestine affairs, social class became null and void. A poor man could play out his fantasies as a nobleman for the day. A lower-class woman could be a member of an upper echelon she didn’t belong to.

This issue, GRAZIA travelled to Venice to honour this bygone carnival of anonymity. Here, we pay homage to its licentious history with regal lace, cut-outs, capes and corsets. Embellishments, ruffles, leathers and feathers collide in a play on textures for the senses – a renaissance of the festival fare of the past, alongside different types of masks that still feature in modern day revelry; the Columbina (half mask), the Volto (white mask) Medico della Peste (bird-like mask).

Today, the Carnevale di Venezia attracts throngs of people from different countries. For when in disguise, and as social standing is removed, you can be whoever you want to be. All that is left to identify a being is their style.

‘BEHIND THE MASK’ IS PUBLISHED IN THE 12TH EDITION OF GRAZIA INTERNATIONAL. ORDER YOUR COPY HERE.