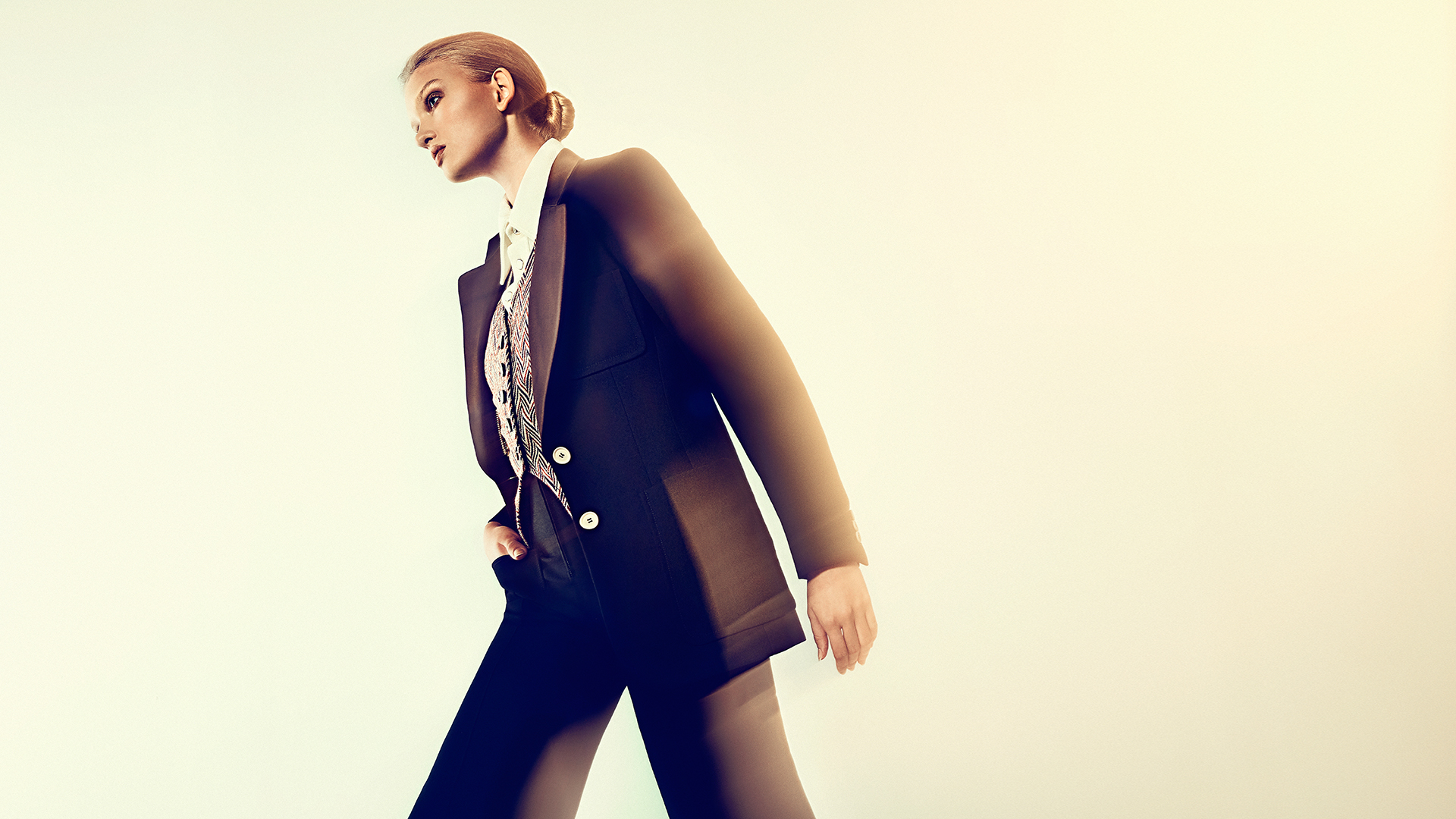 A NIGHT AT THE MUSEUM

On a rainy day in Paris last September, against a stirring electrifying projection of the artist Sophie singing an extended version of “It’s Okay to Cry”, Nicolas Ghesquière’s Vuitton girls circled back to the grand pleasures of sartorial protocol of the late 1800s, early 1900s.  Despite Ghesquière’s great grasp on the future, it was in fact the past where he paused for Spring Summer 2020, namely Paris’ defining Belle Époque era – a period pivotal to the birth and rise of the house of Louis Vuitton.

But this was a new breed of bourgeois, Ghesquière recasting those bygone codes in a spectacularly modern light. Of course, the Art Nouveau flourishes were there; the painterly flowers, the puffy sleeves, the hair coiffed high in Pompadour poufs. But he hit refresh on the old classics with a little disco sparkle and saturated colour. Expressing dandyism through eclectic mash-ups of wild colour and print, it was as if the models had also stopped off in the ‘60s, the ‘70s and the ‘80s, too, before making their way to the Louvre that night. Footwear came in the form of elevated, intricate penny loafers and knee-high platform boots; tricked-up with tassels, graphic geometry and LV hardware. While handbags were equally spectacular; a purse with swirls of psychedelia, ornamental cases, perspex top-handles and monogram mix-tapes, the House’s signature monogram refashioned into the cassette tapes of old. And for a final touch of refinement, a cattleya orchid which adorned each lapel like a chimerical symbol, marrying the collection together in one brilliant, sentimental gesture.

Today, the collection comes alive with broad strokes and a painterly splash. Like that night in the museum, the rain patters and time does not stand still. Rich brocade capes move with the flight of fantasy, embellished gilets trace delicate knitwear, flip skirts dance. An effortless to-and-fro, the marvel of Louis Vuitton moves eloquently, hypnotically, gracefully.

He has a way, that Ghesquière, of bringing together the 20th and 21st century in a striking sartorial collage that makes the little hairs on your arms prick with glee. With his foot both in the past and the present, a ride in Louis Vuitton’s time machine has never been so exhilarating.