Thankfully, they ignored the warning

Amid all the blossoming celebrity relationships of 2021, Zendaya and Tom Holland are right up there vying for our top spot. But despite the pair, who are co-stars of the latest Spider-Man films, looking happier and more loved up than ever during their current press tour for the newly released second movie, they were once warned off dating altogether by a producer.

In a recent interview with The New York Times, Amy Pascal, who worked alongside the leading stars on both Spider-Man films, admitted that she once pulled each of them aside to tell them that dating one another would be a bad idea. “I took Tom and Zendaya aside, separately, when we first cast them and gave them a lecture. Don’t go there — just don’t. Try not to,” she said.

This warning might seem out of left field—have you seen how cute they are on the red carpet?!—but it doesn’t come without a reason: there’s a long track record of the stars of Spider-Man films becoming romantically involved during filming, all of which Pascal witnessed firsthand: The very first actors, Tobey Maguire and Kirsten Dunst, dated after playing Spider-Man and Mary Jane, respectively, before later breaking up and so too did Andrew Garfield and Emma Stone who played Peter Parker and Gwen Stacy in The Amazing Spider-Man trilogy.

Following seeing the result of Maguire and Dunst’s off-screen romance, Pascal says she “gave the same advice to Andrew and Emma,” adding, “It can just complicate things, you know?” But despite her cautioning, all the came to the same conclusion: “They all ignored me.”

“They eventually broke up before the second movie. I was concerned they wouldn’t get the same chemistry back, but it was just me worrying,” he explained. “They really like each other, I think, very much. And that relationship probably just added to their ability to trust each other.”

Garfield and Stone also dated, however their off-screen romance lasted for four years, before they confirmed their amicable breakup in 2015.

After years of rumours, Holland and Zendaya’s relationship was revealed to the public by accident: they were photographed by paparazzi kissing at a stoplight in Los Angeles in July. In an interview with GQ in November, Holland said they were planning on keeping their romance a secret, saying they find it important to keep some things for themselves.

“One of the downsides of our fame is that privacy isn’t really in our control anymore, and a moment that you think is between two people that love each other very much is now a moment that is shared with the entire world,” he said.

Zendaya agreed, adding, “The equal sentiment [we both share] is just that when you really love and care about somebody, some moments or things, you wish were your own.…I think loving someone is a sacred thing and a special thing and something that you want to deal with and go through and experience and enjoy amongst the two people that love each other.” 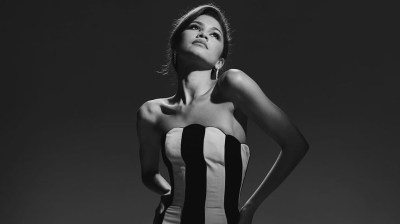 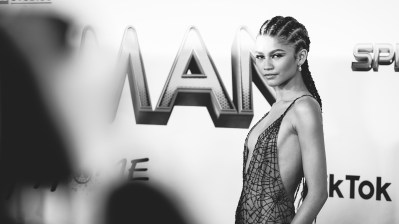