Patrick Sullivan is talking about the strength, or lack thereof, of his intermittent phone signal but he could just as easily be talking about any of the issues about which the winemaker is deeply passionate: the politics of Australian winemaking; the lack of understanding around viticulture; how statistics can be used to track the movement of pestilence across a continent, and how that will affect a year’s crops; or the likelihood that, one day soon, he can find a moment to “spend time with my family, when I can hang out without any stress or pressure, when I can sit back and have a glass of wine and maybe watch the sun go down.”

Sullivan began working vineyards at age twelve, his interest piqued by an excursion on a school camp to a winery that soon turned into a summer job. His mother would drive Sullivan and his friends to Echuca, a town in northern regional Victoria located on the banks of the Murray River an hour or so from their home in Heathcote, where they would plant and work amidst the vines. But it wasn’t after the requisite stint in London where at 19-years-old he worked in “very refined” wine stores, and after working in an abattoir in the years predating that, that he decided to decamp to Adelaide to study winemaking proper and viticulture – or the study of cultivating the fruit itself.

“If you concentrate on that,” he says, “everything else is easy.” Easier, at least, than scraping chewing gum off the floor of a hostel, a task that occupied the hours between those he spent working in the Selfridges’ department store’s wine section. The course was intensive, “no half-ways about it”, but it triggered Sullivan’s love of botany, specifically “plant rheology” and the fundamental role statistics plays in viticulture. However, during time occupied with postgraduate studies in Melbourne, Sullivan was coaxed in a different direction on a rather spectacular sounding detour that would ultimately prove to be a more fortifying experience.

A project called Syme on Yarra, helmed by winemaker Bill Downie, lead Sullivan on an international pilgrimage of sorts charged with investigating the ins-and-outs of the food and wine cultures of different countries. In Los Angeles, he hung out with Frank Gehry; in San Francisco, he dove deep into the mechanics of the Napa Valley, “a kind of palatial wine Disneyland”. Time spent the United Kingdom, Italy, Germany and Japan followed soon after.

The penny dropped in Hokkaido, where time spent with a mozzarella producer gave way to a kind of taste epiphany about the multitudes of flavour in Eastern and Western foods, and how, historically, the intricacy of diet and culture affect the way we make and consume and perceive the merits of food today. It’s an admittedly crass analogue, but look at how McDonald’s tailor their menus to the palette of a region, Sullivan says. “They kind of get it, but for some reason the rest of us don’t.” The plan was always to start his own vineyard, albeit one that shirked the prevailing model whereby grape grower and winery work independently of one another. “Not many people – even in this fun, young movement – not many people actually grow fruit. They all intend to keep buying”, says Sullivan. “Whereas, it was always quite clear to me, from the outset, that you can’t make great wine from grapes that are planted and grown to sell. You can only make great wine from grapes that you grow to make great wine.”

In 2010, Sullivan launched his own eponymous small-batch wine label, Patrick Sullivan Wines, using grapes grown on leased farmland. Four years later, and in collaboration with his wife Megan, Sullivan bought a farm in the Strzelecki ranges of West Gippsland having grown familiar with the region over eight or so years of visiting (the two met while Sullivan was making wine in the shed of a kiwi fruit farm where Megan was picking fruit). Recently, they welcomed their first son, Idris, into the fold, though plans for an eponymous wine named in tribute sound as though they’re still in tentative stages. Sullivan says he “thinks and tastes in pictures”, preferring to name and pair the distinctive artworks that adorn his bottles with the wine only after its been bottled, and never in advance (with one notable, pink-hued exception).

The artworks are devised in collaboration with Eero Lampinen, a Helsinki based illustrator with whom Sullivan has been working for the past year. Perhaps the most memorable is the label for Sullivan’s rosé, Pink Pound, a phrase coined to describe the purchasing power of the LGBT+ community. Though not a direct commission, it lead to the remainder of their collaborative efforts. An impossibly bright blend of grapes Sullivan cultivated from Yarra Valley pinot noir and sauvignon blanc as well as Gippsland gewürztraminer, it’s emblematic of Sullivan’s agriculturally-minded winemaking practice – an ethos he encapsulates thusly: “Things aren’t supposed to be like in a factory. Things are [supposed to be] made in a beautiful place with happy energy and nice people.”

The results shine through with each and every luminescent glass – a quality that, once you’ve tried it, becomes noticeably absent in wines produced without Sullivan’s commitment to minimal intervention and maximal expression. “I think we should start asking more questions about viticulture,” Sullivan says, “and if the person making the wine is involved in growing the grapes and then, if so, are the grapes organic or have they been grown in the best way to use the least amount of chemicals? I think that’s the real discussion that we need to start focusing on, not so much about [what constitutes] ‘natural wine’ because natural wine to most people just means ‘a cloudy orange wine’ or something that hasn’t been filtered – not, ‘somebody’s invested time and money into growing fruit for an entire twelve months to make sure it’s pristine’.”

Sullivan is quick to admit that when he began making wine, he couldn’t use his own organic fruit or access the fruit of others in southern Victoria. It was only once he told growers he was going to grow his own that they began changing their practices, he reflects.

“It was really [about] trying to get people to change and trying to encourage winemakers who are making the profit – not the growers, the growers aren’t making a profit; they’re just trying to get by – to, instead of going on holidays for six months of the year, get back and start growing some fruit [and] put some money back into the future of the industry. I think that’s really important.” Before the year’s end, Sullivan hopes to open a small cellar door in his farm’s spare cottage. For the time being, renovations are a work in process, but their hope is that they can open a small country style kitchen where visitors can try their wines and stay for a bite to eat.

“Nothing super flash. It’s just a really nice little bowl of pasta, and a piece of roast chicken, and a little tart – you know, the things that we eat at home, things you can expect to eat when you come to the country. That’s what we’re doing and we just want to have a really good little community and for people to come hang out and for people to spend time in the place that we love.”

Sounds like a pretty winning combination, if ever there was one. 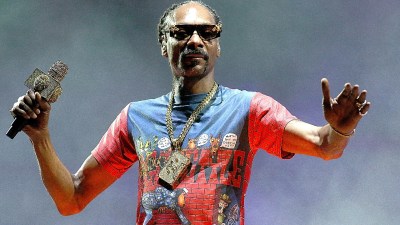