The Fast Track Towards Slow Living. Why CottageCore Is Taking Over My Instagram

Swapping city living for the rustic ideals of the country is a pipe dream for many, but is the yearning for a more simple life growing stronger? Journalist Emily Algar investigates

It’s a tale as old as time: small town girl moves to the big city. Trades wide open spaces for a shoebox apartment; one set of traffic lights for a triple-lane freeway; friendly neighbours for the promise of a million strangers. I’m certainly not alone in my migration from sleepy coastal town to buzzing urban metropolis. The magnetic pull of a city is hard to resist, especially for the young and aspirational. But what happens when the stuff that makes a city a city, goes away?

I never really considered this until COVID-19 shut down cities around the world, mine included. All of a sudden there were no bars, no restaurants, no dance parties or brunches with friends. No shopping or working in high rise buildings. No over-priced gyms or galleries to wander. Expensive housing aside, cities aren’t really cities anymore. They are after all, the summation of their parts. Without the stuff, the people and the dynamism, they’re no different to a plot of Earth in the middle of nowhere inhabited by no one. Right?

Now, suspended between isolation and pockets of normalcy, I’m wondering about city living – the kind of living that’s fast and hard and sometimes stressful. That’s not to say it’s not enjoyable, it absolutely is, but now without the daily commuter crush, with bluer skies and crisper air, will “city living” still have that magnetic pull when life goes back? I’m not so sure.

It almost feels as if my distancing (literally and figuratively) from an urban lifestyle started on my Instagram feed. People and brands I followed (@thecut, @manrepeller, @intothegloss) started posting soothing pastoral imagery: a baby lamb, a duckling, a loaf of sourdough, a fuzzy calf, the perfect head of home-grown radicchio. I double-tapped. I saved. And like the self-sabotaging idealist I am, I looked for more. I turned on push notifications for @hillshousevintage and @julieannmarr, desperate for a slice of their rural depictions of heaven.

And of course, like everyone else, I started cooking fervently, baking bread and roasting chickens, locked in constant battle with my small-ish Sydney kitchen. I read Julia Ostro’s cookbook like it was gospel, potted herbs on the balcony and became enamoured with the idea of making my own jam. Who needs Uber Eats and takeaway almond piccolos when you can brew your own coffee at home with a French press? Even better when I’m dressed in linen and drinking it out of a mis-matched vintage floral mug.

It was only when I came across this column by India Knight that I had an epiphany. The yearning to live slowly, in a big shabby house with patchwork quilts and home-made scones had a name: Cottagecore. It’s an idealistic take on rural life: one of hot cups of tea and freshly baked biscuits; baby animals and chunky cardigans; big outdoor tables adorned with charming crockery and lace table cloths, or, as Knight puts it, “a romanticised, nostalgic and unrealistic take on country life.”

It’s a lifestyle trend that’s found an audience in young women like me, who might be spending more time indoors, contemplating the very reasons that drew them to a city in the first place. Is how we live now how we want to live forever? Do we need to be tied to an office five days a week, or would one or two suffice? Do we really want to be in the thick of it, or are we craving room to move? Or are we just looking for something else to want, now that new season Bottega mules and a corner table at 10 William Street seem less relevant than they once did?

This concept is also a double-edged sword in the current climate: greenery and space might be associated with wealth and privilege. It only takes a minute to scroll through Helena Christensen’s Instagram to see that isolating in a mountain lodge in upstate New York sure looks a hell of a lot better than it does in a 250 square foot apartment (and that’s not to shade Christensen – she works hard and is entitled to her mountain lodge – I’m just jealous, obviously). It’s distasteful to wish things could be better if you’re at home, safe and well and using isolation to do things like bake and roast chickens. But still, as Dolly Alderton and Pandora Sykes put it on The High Low podcast (who discussed this very topic, much to my delight), “when this is all over, people will be blinking into the sun, trying to make sense of it all… it’s easy to look at neat swings in anthropological trends but I think this whole situation is quite debilitating for a lot of people.”

I feel like my Instagram saves are a pretty accurate depiction of where I’m at in life. Before a work trip last year, it was all outfit ideas and cafes to try in my down time. When I moved apartment, it was interior accounts and listicles of hard-to-kill houseplants. When the seasons change, I start mood boards of new season collections and things I want to buy (or add to hypothetical cart, at least). And now, it’s gingham table cloths, baby animals, sponges made with jam and chantilly cream – an idealistic visual diary of how I think moving somewhere rustic would look – an aesthetic that feels equally English Countryside and Italian Masseria. It’s unrealistic, sure, but it’s nice to dream about. If anything, it’s exactly the same dreaming I did as a kid, when all I craved was masses of people and a skyline that swallowed me up.

I echo Knight’s sentiment when she says she doesn’t think cities will die. Cities are, by their very nature resilient and gritty and a little unforgiving. They’ll change for sure, and some people will leave. I don’t think it will be me though – I’ll keep it confined to my saved folder… for now.

Lost Your Job? Some Frugal Ways To Curb Spending (And Still Be Fabulous) 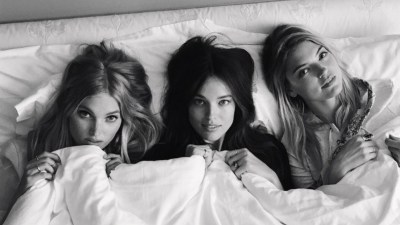 Jump Into Bed With Kovrd 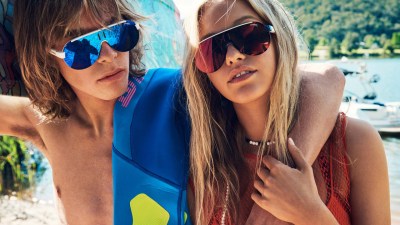 The Best Beauty And Health Gadgets For The Holidays 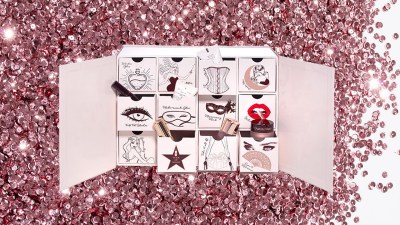 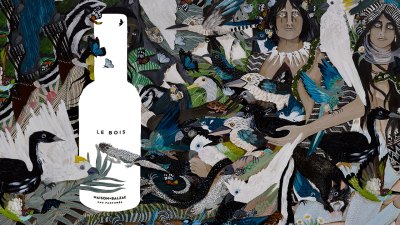