If you like causing trouble up in hotel rooms…

...Bella Hadid says you won't be hanging out with Kendall, Gigi, Hailey and herself. Welcome a new breed of celebrity The last time Bella Hadid got to hang out with her “hardworking” sister Gigi Hadid and friends Kendall Jenner and Hailey Baldwin, was too long ago. “I feel like we’ve all been working so much, I don’t remember,” the 19-year-old model told GRAZIA while in town for Australian Fashion Week. “I think it was last time we were in Paris. We were all in just a hotel room and we just sat and talked and ate food and sat on the floor and pretty much did nothing!”

Yes, it would seem gone are the days where celebrities trash hotel rooms. Who could forget Johnny Depp being arrested and charged US$9767 (approximately AUS$20 110 today) in 1994 for trashing his US$1200-a-night presidential suite. He and then-girlfriend, Kate Moss, reportedly were drunk and began arguing during their stay at The Mark Hotel in New York City. At the time, Depp blamed the damage on a rogue armadillo that had been hiding in his closet, one who “must have gone out the window or something”, a line the police definitely didn’t buy. 22 years later, the hotel scene – according to Hadid and Instagram, anyway – is a little less troublesome, a little less rock-and-roll with celebrities preferring to retire after big nights out. And it’s not just Kendall, Gigi, Bella and Hailey. Take a look: 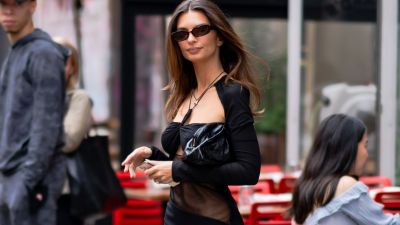