A (Tinder) Year In Review: What 2019 Taught Us About Dating In Australia

For instance, a lot of young Australians will specify what type of milk they drink in their Tinder bios. 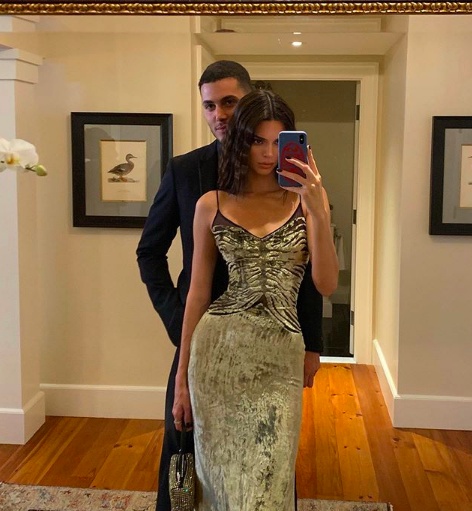 The dating landscape in Australia changed significantly amid the introduction of OG dating app Tinder in October 2016. Suddenly, singles were gifted curated catalogues of potential suitors and as quickly as you could flick through a wish-cart full of Zimmermann in the spring time, you could swipe left or right – yes or no – on a might-be match.

Come 2019, Tinder still stands strong next to its competitors – but it’s how we interact on the platform that is super interesting. According to new findings by the makers of Tinder, Gen Z (people aged 18-25) now represent the majority of the Tinder community. While this isn’t all that surprising, the way this demographic communicates with each other is. For instance, they are more woke than any other generation. In fact, they are so woke, the word “woke” was the number one word used in conversations across the platform in 2019. “Lit” was second, “Mood” third, followed by “Stan” and “Basic”. (“Yeet” was also another and I admittedly had to look that one up. It either means an exclamation of excitement or to discard an item at a high velocity!)

Politics talked a big game in initial conversations on Tinder. “Climate Strike” was a popular topic in the DM department as was 16-year-old Swedish environmental activist “Greta Thunberg” and Australian Prime Minister “ScoMo”. Intermixed between talks about Channel 10’s The Bachelor, the Emmy-winning Game Of Thrones and Joaquin Phoenix’s film Joker, Donald Trump, too, dominated conversations as did talks around the Lockout Laws and the Sydney Mardi Gras.

Three hundred million emojis were used in Tinder bios – the Facepalm was the most popular – next to an unusual spike in mentioning “Almond Milk”, “Vegan” and “Keto”. The word “Kombucha” was 150% more popular this year than in 2018 and the use of the word “Vegan” rose 112% in Tinder bios under the age of 25. This is compared to the millennials among us (aged 23-38) who likely will specify a beverage of choice, such a glass of Rosé or an Espresso Martini.

Tip: If you are looking for a match in 2020, Melbourne was the number one spot for “swipe surges” in 2019, Newcastle came in second, followed by the Gold Coast, Sydney, and Geelong. Launceston is also a little Tassie town getting amongst it more and more.

Yes, the university experience in the age of Tinder is different to a traditional courtship at, say, the uni bar over a bucket of chicken salted chips. But as the world moves forward – and sometimes backwards – at such an unprecedented pace and as the internet increasingly influences the ways we interact, it’s a pretty exciting time to have lots of matches at your fingertips to chat ScoMo and almond milk.

And yes, Millenials: Zimmermann on a Tinder date where you order up on the Rosé is still entirely acceptable. The table of Gen Z’s next to you might even call it a mood. Happy swiping!