This year, guests will check into Mumm's Maison Hotel with Dion Lee designing an exclusive dress for Mumm staff, which (thankfully) is also available to purchase

“I’d say racing style is kind of a balance between sophistication and a very classic aesthetic,” Dion Lee tells me over the phone. It’s a fitting description. Lee, who is currently riding the swell of success of his cult corsetry, has designed the staff “uniforms” for G.H. Mumm’s prestigious marquee for this year’s Melbourne Cup Carnival, and no summary best defines the uniform, or rather, dress. Striking a balance between chic sophisticate and classic race-goer, Lee has tapped Mumm’s signature iconography to create an exclusive dress that also bears the stamp of his own, eternally streamlined aesthetic. 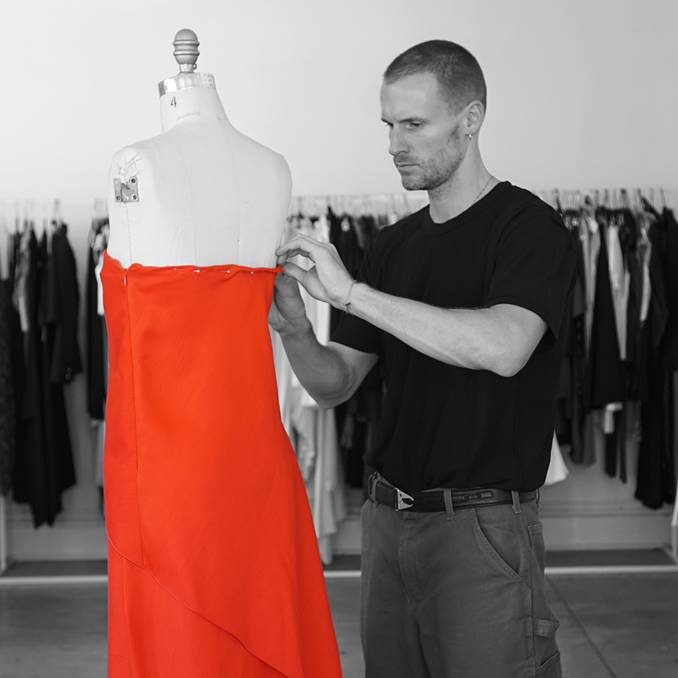 That iconic red ribbon proved the starting point for Lee, as too Mumm’s storied history as one of the finest champagne-makers in the world. “For me, it was the elegance and sophistication of the brand,” he explains. “I was really drawing on an element within their logo, the ribbon element, and that was something that influenced the aesthetic of the design more than anything, it’s kind of like a diagonal folding dress.” Seeing the dress come to life on the body, it both captures the essence of the brand and has all the hallmarks of Lee’s signature structure and deft tailoring; subtle in its detail yet striking in its delivery. 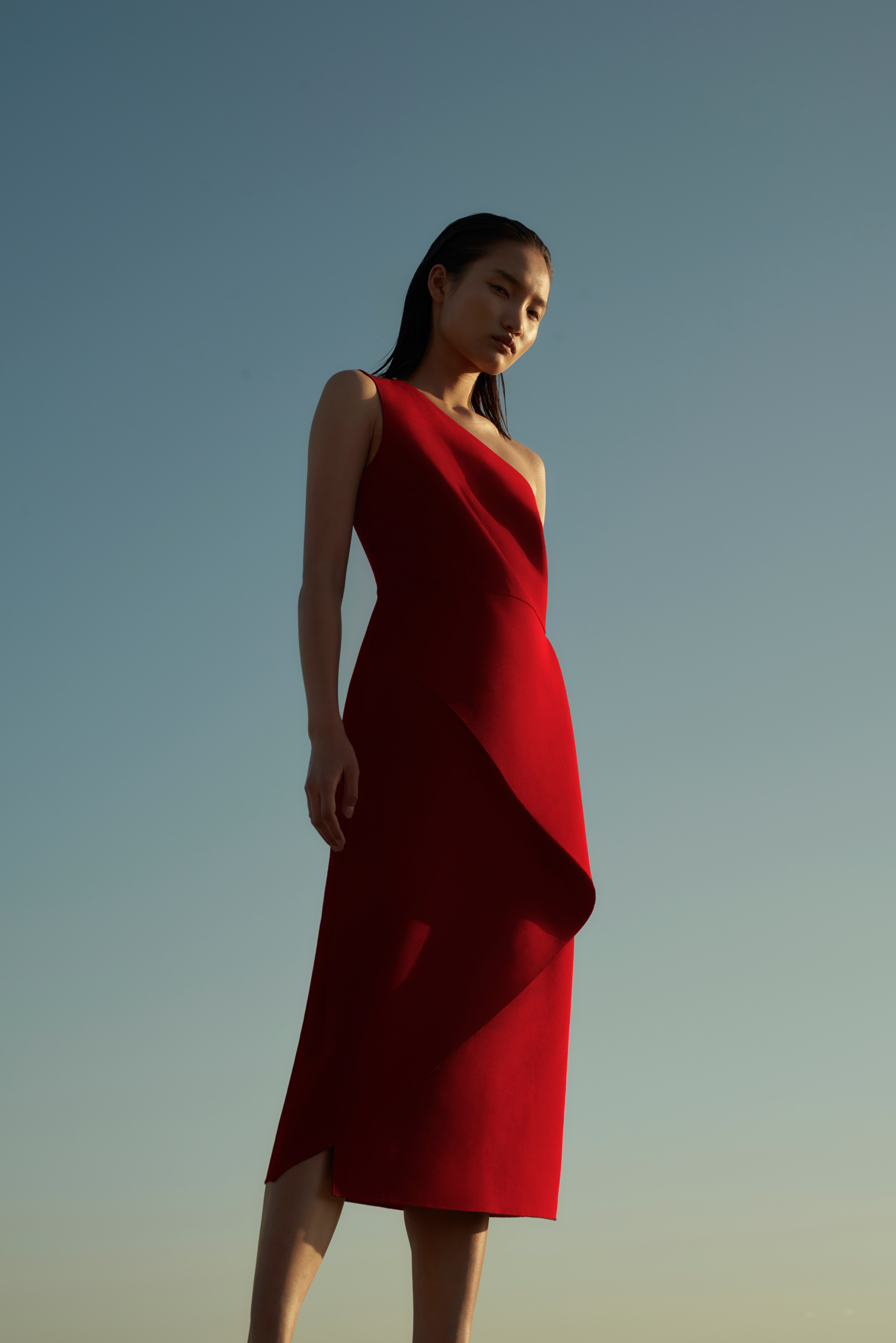 With this year’s Mumm Marquee an homage to luxurious Parisian hotels, Lee was tasked to create the “Maison Mumm Hotel staff uniforms.” But uniform this is not. “I wouldn’t say there’s any traditional uniform element within the design,” he continues. “We just wanted it to feel quite modern and both representative of their brand but also representative of my own. Without it feeling too uniform-like, it was more about capturing the spirit of the brand.” Instead, he presents an inspired take on uniform; an asymmetrical one-shoulder dress replete with sculptural bias-cut detail in that rich Mumm red, both beautiful and classic (but with a twist).

But it’s not just Mumm staff who will be able to enjoy the special design, the dress is also for sale at Dion Lee boutiques, albeit with a slight variation. “We’re also retailing a version of that dress in a different colour in our own stores. And then we’ve done a little takeover in our Melbourne stores this week to showcase the design.” 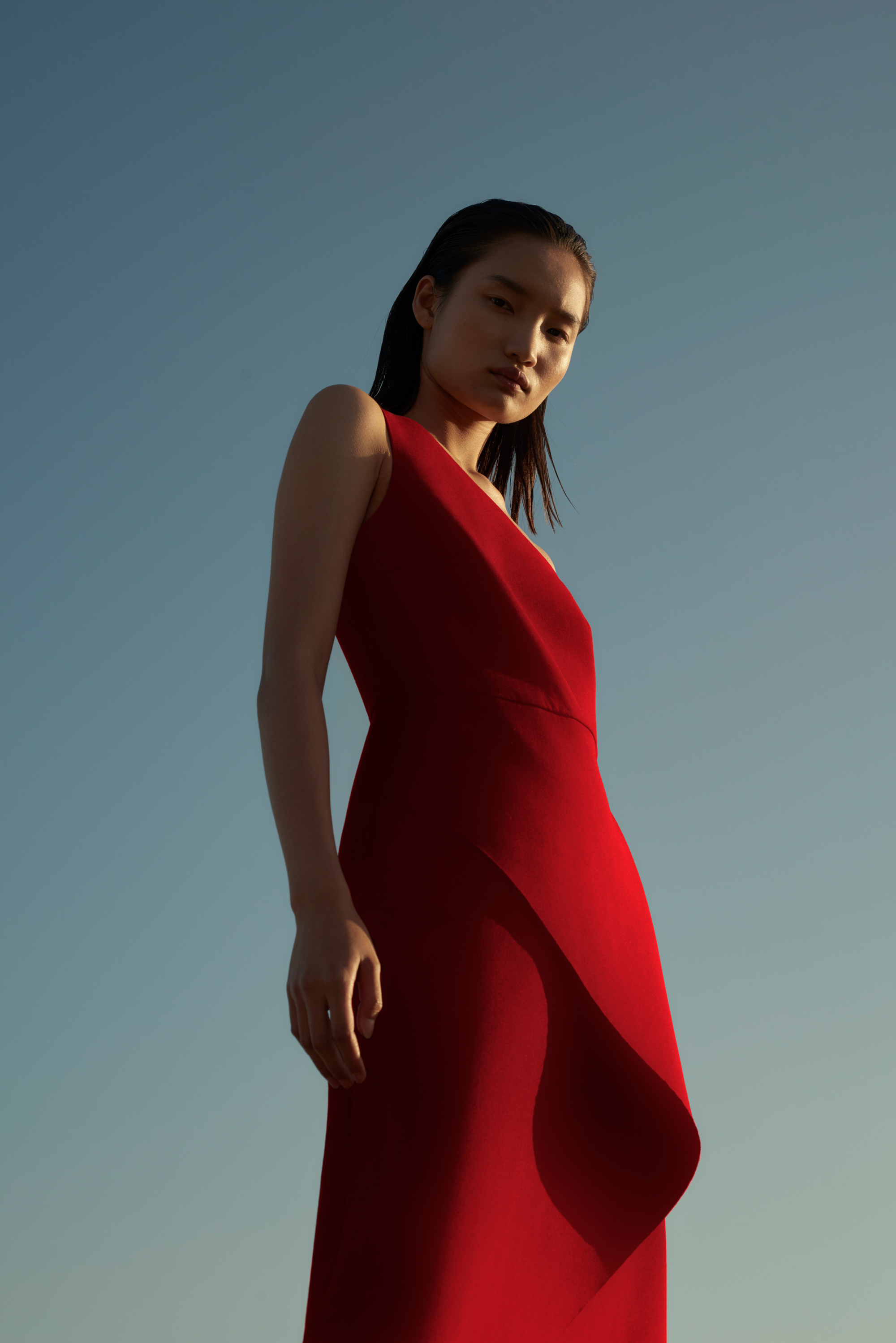 Along with Lee, an esteemed “collective” of creative innovators join forces to bring this year’s luxurious Mumm universe to life, including interior stylist Nina Maya, Artist Alesandro Ljubicic, entrepreneur Hayden Cox and presenter Kate Peck. “I was approached by Mumm with the concept of having creative collaborators to bring the marquee to life, and to put a luxury experience where each element within the marquee was quite bespoke,” he says of the collaboration. “We were discussing it over a series of months and kind of landed on this concept of designing a dress for the staff – to really capture the brand and really elevate the experience for the guests who are attending.” 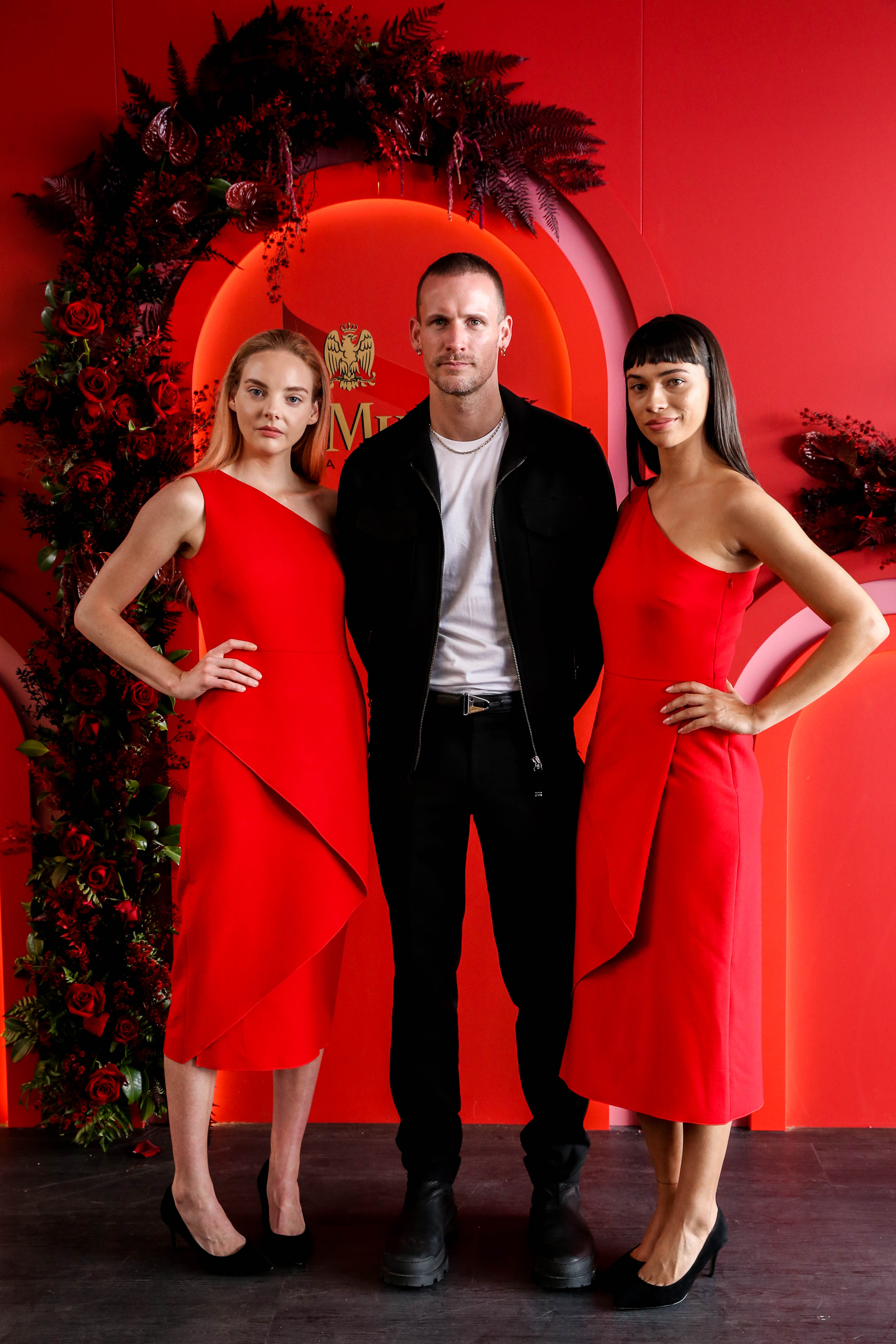 As for Dion Lee’s fashion frontrunner when it comes to the track, “I love to see a classic, kind of pared-back aesthetic, I’m not really into decorative dressing. And I love tailoring.”

The dion lee x G.H. Mumm is available at dion lee boutiques nationally or online here, along with a gift with purchase. 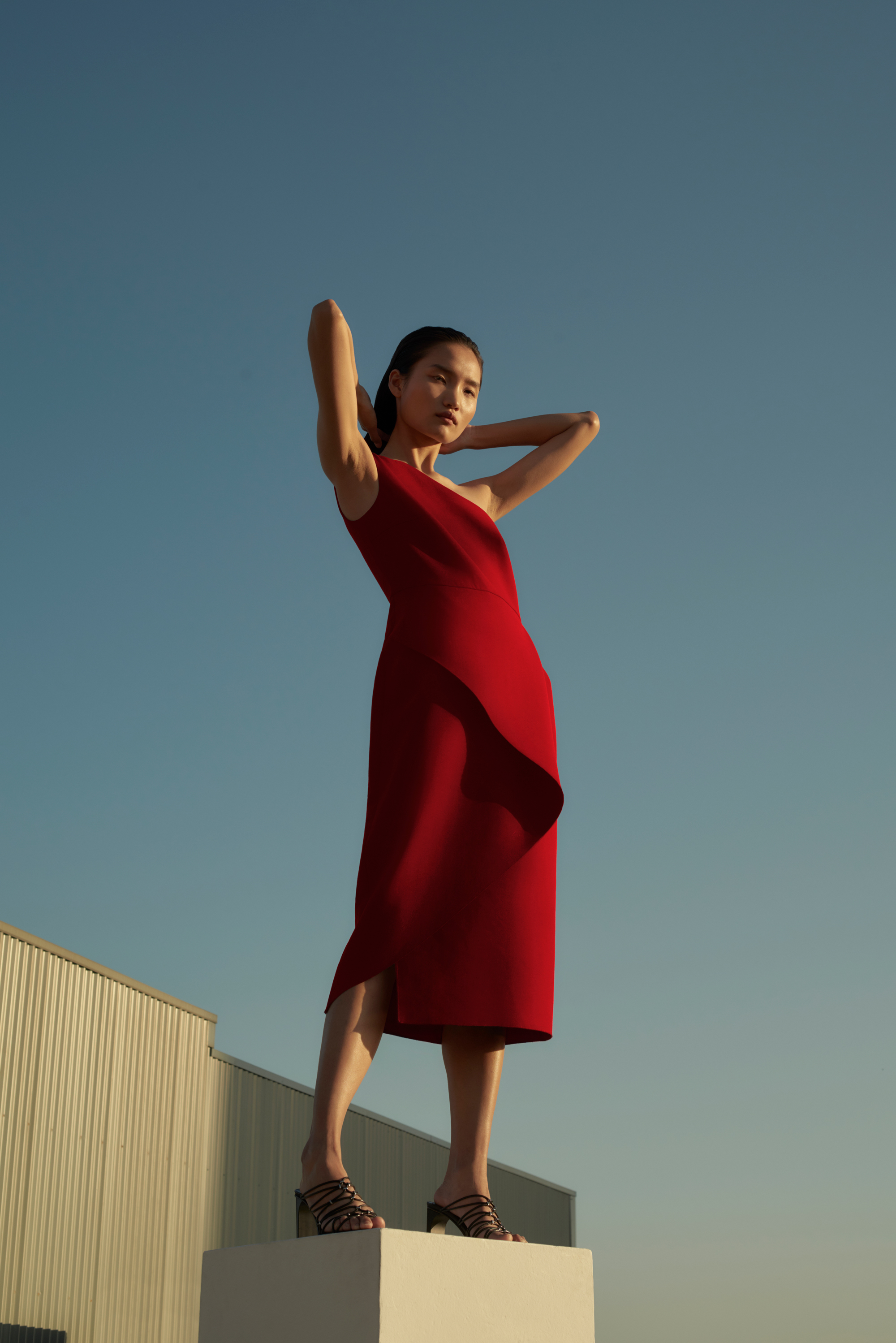