When Meghan Markle met Prince Harry and quit her acting career to move to the UK, she really had no idea what she was getting herself into. Unlike America, where hustle culture teaches children from a young age that if you work hard enough you can be anything you like – President or princess, the UK’s class structure is virtually imperishable. It doesn’t matter if you become successful, wealthy, or literally a member of the royal family: If you don’t have the right family, upbringing and history you’ll never really fit in.

Of course, family and divorce aside, there was another huge factor that contributed to Markle and Prince Harry leaving Britain and relocating with their child, Archie Harrison, to Los Angeles: Markle’s race. In a historically racist country, which has never had someone of Black descent join the royal family, the backlash surrounding Harry and Meghan’s union was constant, unrelenting and disgusting.

Markle has spoken out about racism numerous times, most recently showing her support for the Black Lives Matter movement in a speech given to a graduating high school class in America, and now, to mark the first day of Black History Month U.K., Prince Harry has joined her to speak about the issue of structural racism in the United Kingdom, crediting his wife for opening his eyes to his white privilege and educating him.

In a letter for the Evening Standard, the couple wrote, “For as long as structural racism exists, there will be generations of young people of colour who do not start their lives with the same equality of opportunity as their white peers. And for as long as that continues, untapped potential will never get to be realised.”

They added, “For people of colour and specifically for young Black Britons, the importance of representation in all parts of society, of seeing role models that share the same color skin as them, and seeing and reading stories of success and of hope from those who look like them, is absolutely vital in opening doors of opportunity.” 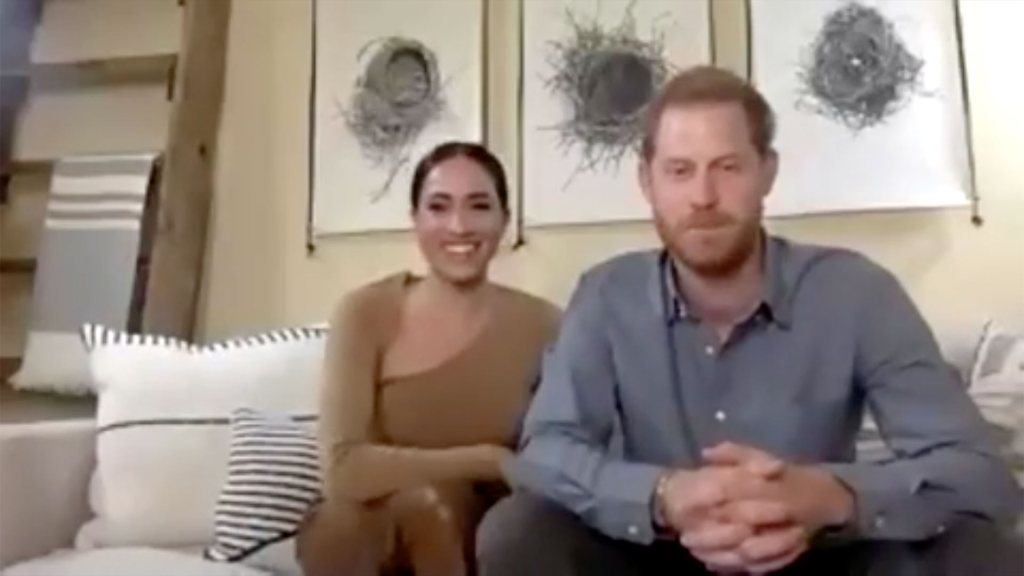 Later, speaking on Zoom to Evening Standard journalists Abbianca Makoni and Lizzie Edmonds from their California home, Prince Harry spoke of his own privilege, explaining, “You know, when you go in to a shop with your children and you only see white dolls, do you even think: ‘That’s weird, there is not a Black doll there?’ And I use that as just one example of where we as white people don’t always have the awareness of what it must be like for someone else of a different-colored skin, of a Black skin, to be in the same situation as we are where the world that we know has been created by white people for white people.”

He added, “It is not about pointing the finger, it is not about blame. I will be the first person to say, again, this is about learning. And about how we can make it better. I think it is a really exciting time in British culture and British history, and in world culture. This is a real moment that we should be grasping and actually celebrating. Because no one else has managed to do this before us.”

During the call, Markle touched on the Black Lives Matter movements, saying, “[They have been] inflammatory for a lot of people. But when there is just peaceful protest and when there is the intention of just wanting community and just wanting the recognition of equality, then that is a beautiful thing. While it has been challenging for a lot of people certainly having to make this reckoning of historical significance that has got people to the place that they are, that is uncomfortable for people. We recognise that. It is uncomfortable for us.”

Harry also described his own “awakening” to the lack of opportunities for people from Black, Asian, and minority ethnic communities since he met his now-wife in the summer of 2016. “I wasn’t aware of so many of the issues and so many of the problems within the U.K. and also globally as well,” he admitted. “I thought I did, but I didn’t.” We truly do love to see it.