Watch The Best Acceptance Speeches From The 2018 Golden Globes

A big question mark loomed over the Golden Globes today: How would Hollywood celebrate an industry in turmoil? The night began with first-time, late-night show host Seth Meyers opening the ceremony with a firm “Good evening ladies and remaining gentlemen”. His speech attracted laughter and applause for his perfect balance of humour in outing the Weinsteins and the Spaceys and his respect for their victims. In a room where the elephant couldn’t be avoided Meyers did a tremendous job at acknowledging the celebration of incredible cinema while addressing the poignant conversation on the social agenda: abuse.

It's the 75th Anniversary of the #GoldenGlobes. Here's our host… @sethmeyers! #Globes75 pic.twitter.com/PGdlp8zs4u

This sentiment was echoed in many acceptance speeches. Here’s four of the most powerful speeches by women and how we felt while watching them.

Lovesick, as Nicole Kidman wins Best Actress in a Limited Series for her role in Big Little Lies, and sends a love message to husband Keith Urban

"Wow! The power of women." Nicole Kidman takes the stage after winning Best Performance by an Actress in a Limited Series or a Motion Picture Made for TV at the #GoldenGlobes. pic.twitter.com/8H5pL89usJ

Proud, as Allison Janney labels 26-year-old Australian actress Margot Robbie a “quadruple threat” while accepting the award for Best Supporting Actress in a Comedy for her role in I, Tonya

.@AllisonBJanney is awarded Best Performance by an Actress in a Supporting Role in any Motion Picture for her outstanding work in @ITonyaMovie. Yay! ? pic.twitter.com/tgg72x8p30

“I want all of the girls watching here now to know, that a new day is on the horizon.” @Oprah accepts the 2018 Cecil B. de Mille award. #GoldenGlobes pic.twitter.com/hbquC1GBjm

Hopeful, as Laura Dern accepts Best Supporting Actress in a Limited Series for her role in Big Little Lies

A huge congratulations to @LauraDern! She is awarded with the #GoldenGlobes Best Performance by an Actress in a Supporting Role in a TV Series or TV Movie award. pic.twitter.com/CTV8mmgIyl 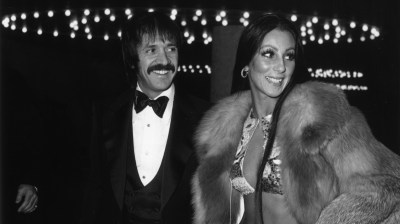