Another blockbuster fashion exhibition is coming to Australia

Few designers in recent memory have blurred the lines between art and fashion more successfully and explicitly than Dutch duo Viktor Horsting and Rolf Snoeren, whose wearable art is the fitting subject of the National Gallery of Victoria’s latest blockbuster fashion exhibition.

Opening October 21 2016 and running until February 2017, Viktor&Rolf: Fashion Artists promises to be a must-see for fans of the pair’s iconic ready-to-wear and sensational haute couture from a career spanning their 1993 debut to their most recent Spring 2016 couture offering, a high-concept homage to the surrealist Cubist movement.

Showcasing more than 35 of their most daring works in an immersive environment, alongside earlier archival pieces and works from international museum collections, Fashion Artists is the follow-up to the NGV’s landmark showcase of 200 years of Australian fashion history. The interactive exhibition has been developed in close collaboration with Theirry-Maxime Loiroit, who also curated The Fashion World of Jean Paul Gaultier.

You’ll also be able to catch the self-described fashion artists, who retired from ready-to-wear in January last year in an effort to focus on haute couture, in an opening weekend keynote conversation when Fashion Artists makes its debut on October 21. 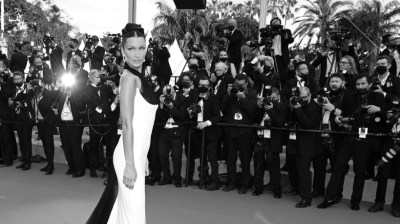