Closing VAMFF the only way they know how, Runway 7 proved a big ol' fashion party full of colour and print

There was no sign of Melbourne’s greying cityscape inside Runway 7 at the Virgin Australia Melbourne Fashion Festival, rather, a world of rainbow colour and unrelenting sartorial optimism. Closing VAMFF the only way GRAZIA and Icon knows how – with a big party – the finale was one of epic proportions. There was acid colour, souped-up streetwear and urban flourishes, which all came together with spectacular finesse under the big top (Melbourne’s Royal Exhibition Centre).

Styled by Peter Simon Phillips with visuals by Byron Spencer and music by Jonny Seymour, seven of Australia’s best designers – a mix of design dab hands and new kids on the block – came together in the ultimate display of wearable cool. There were the Bondi cool cats; P.E. Nation, TEN PIECES and Double Rainbouu, who showed us exactly what to wear with a No. 8 in hand above the Iceberg’s pool (note: sneakers are totally acceptable for a Spritz). 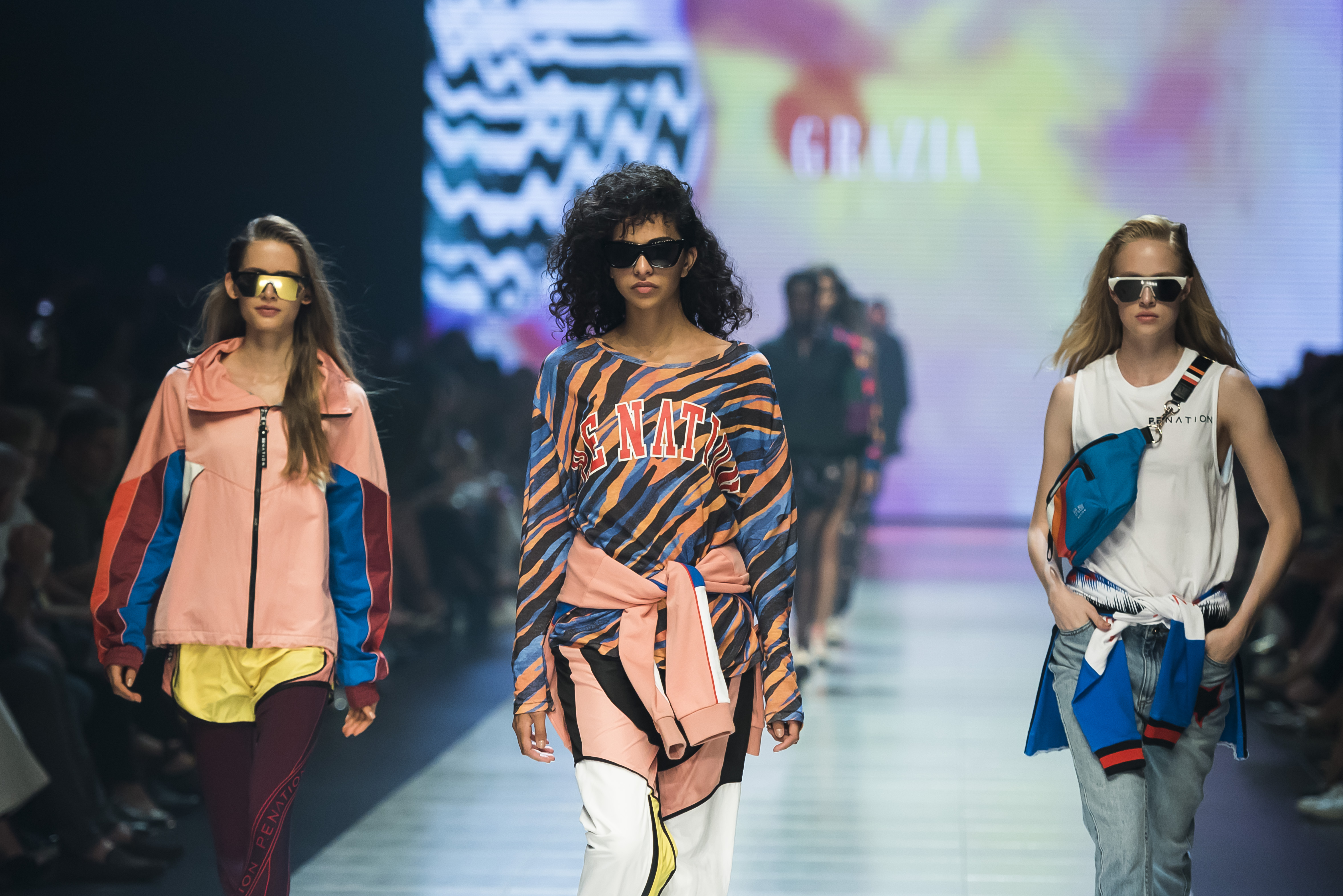 Then the beautiful, Melbourne-based double acts; SISTER, HANDSOM and LIMB, fashionable duos who craft joyous pieces with a focus on sustainability and clean, unpretentious design.

And of course the ultimate sartorial symphony, Client Liaison Deluxe Line, who have fused their electro-synth pop beats with equally catchy design.

In a show of highlights, special mention goes to SISTER’s beautifully tailored boiler in juicy lime and a burnt caramel corduroy twinset that every suitably stylish sister should consider for their autumnal wardrobe.

Fashion’s happiest hue and current obsession – marigold – made an appearance in myriad designer’s work; seen at SISTER in the form of turtlenecks, cut from leather at LIMB and spliced across bodysuits at Client Liaison.

And the humble Anorak got the P.E. treatment; spliced in bold block colour, puffed-up and paired with polarised goggles (which would work equally well in Bondi as they would in Buller).

Along with athletic layering and logomania (a P.E staple), pleats + lycra was the surprise winner, with Pip Edwards and Claire Tregoning’s move from athleisure to ready-to-wear a successful one.

The ultimate display of street meets style; Runway 7 was a sartorial spectacle for those with their finger on the pulse. A band of fashion’s coolest kids who loudly, proudly wear their heart on their sleeve. Perhaps the only thing louder was the After Party.