The Uncanny Valley Girl gets real

Marching into the depths of the void, the artist Angela Goh finds herself again and again 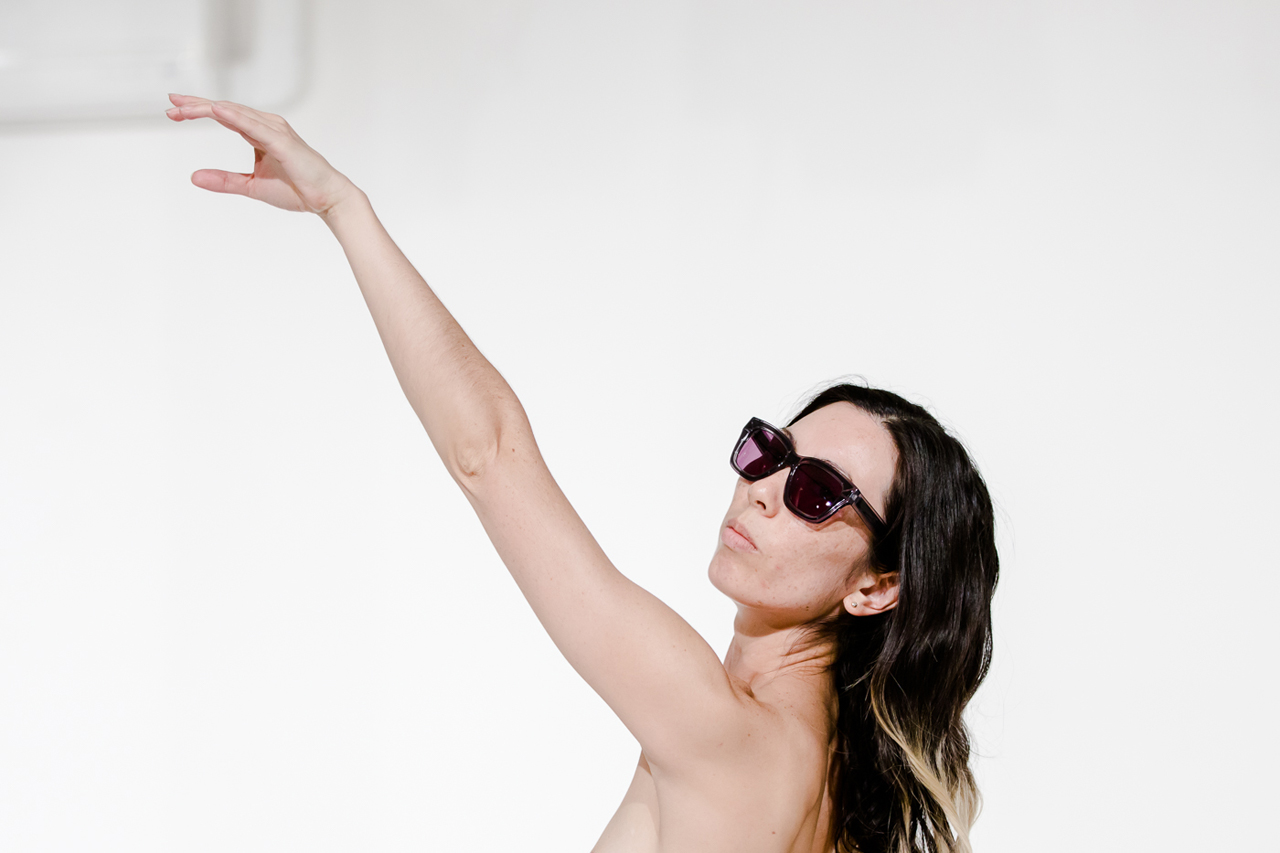 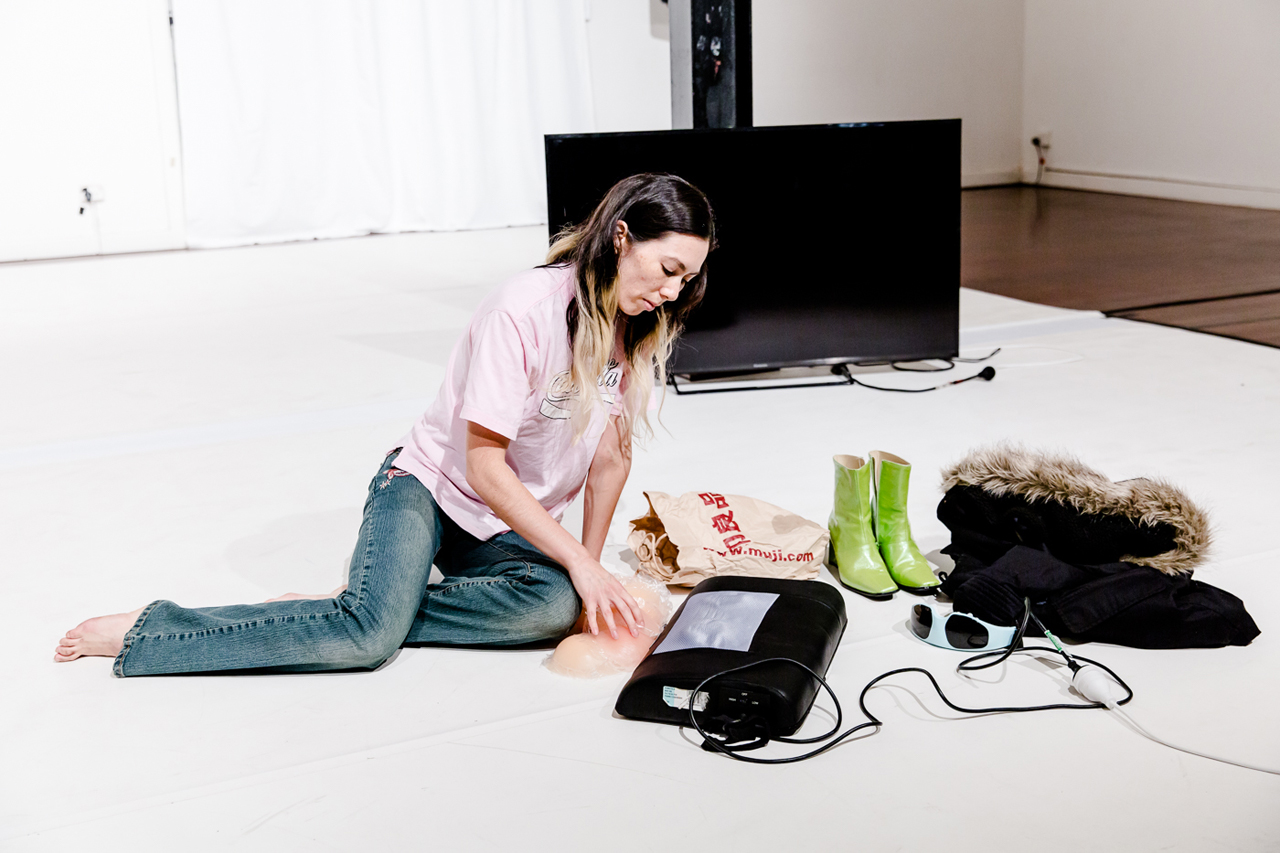 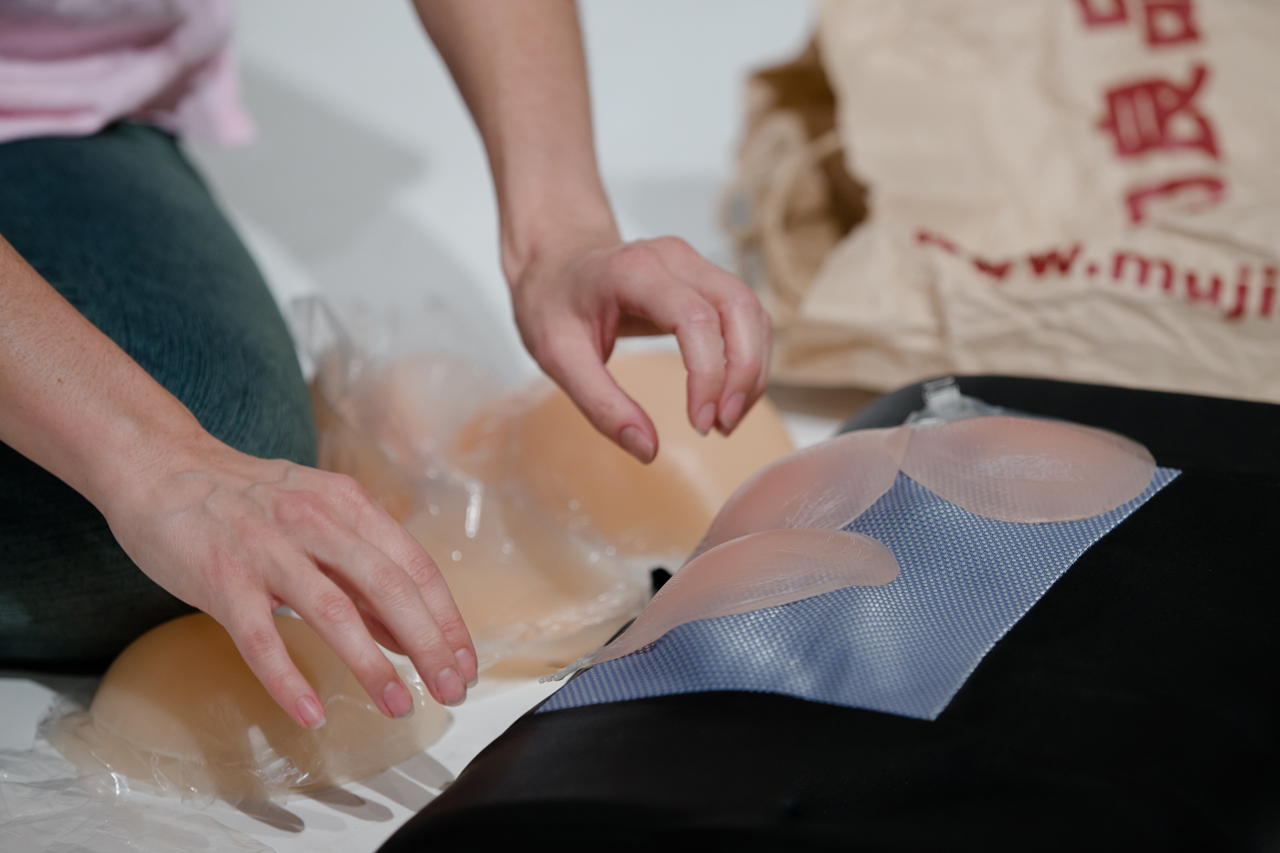 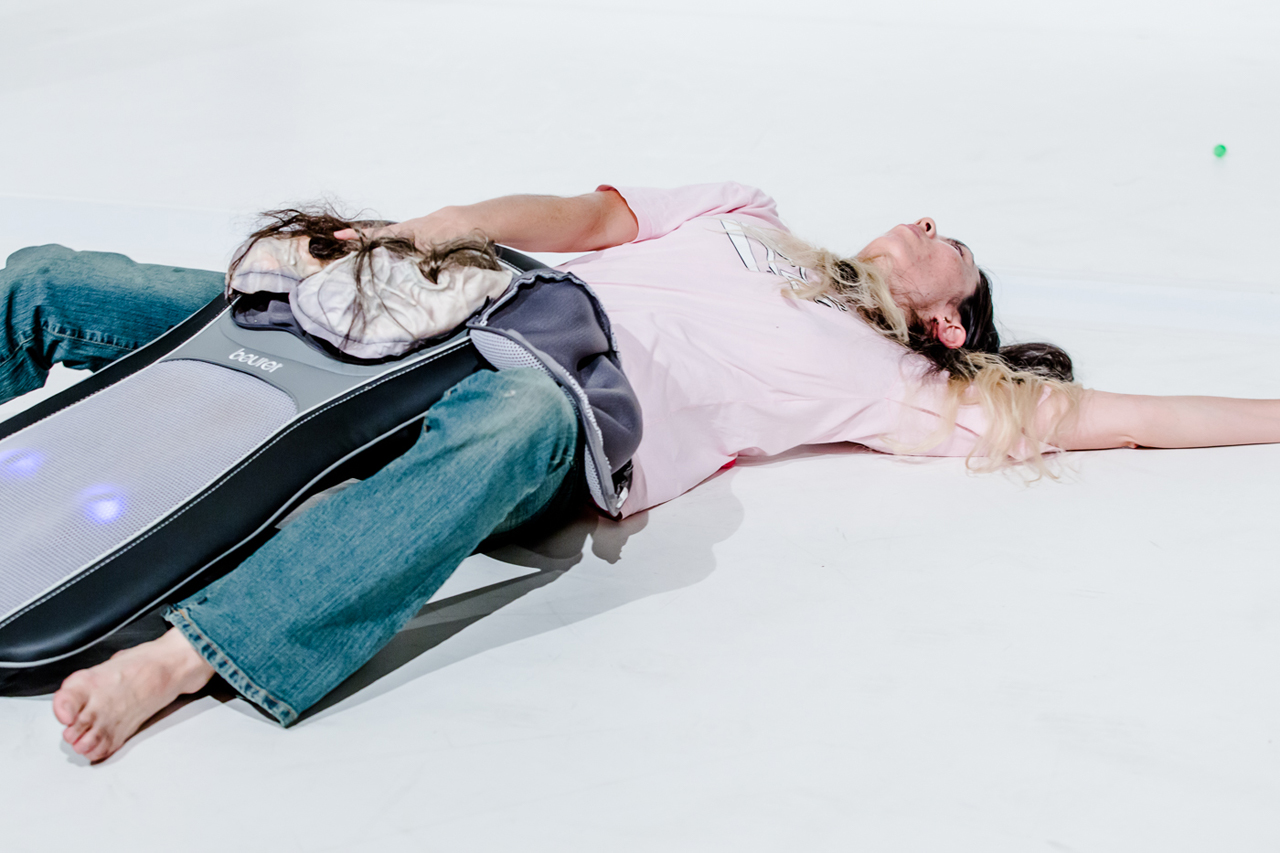 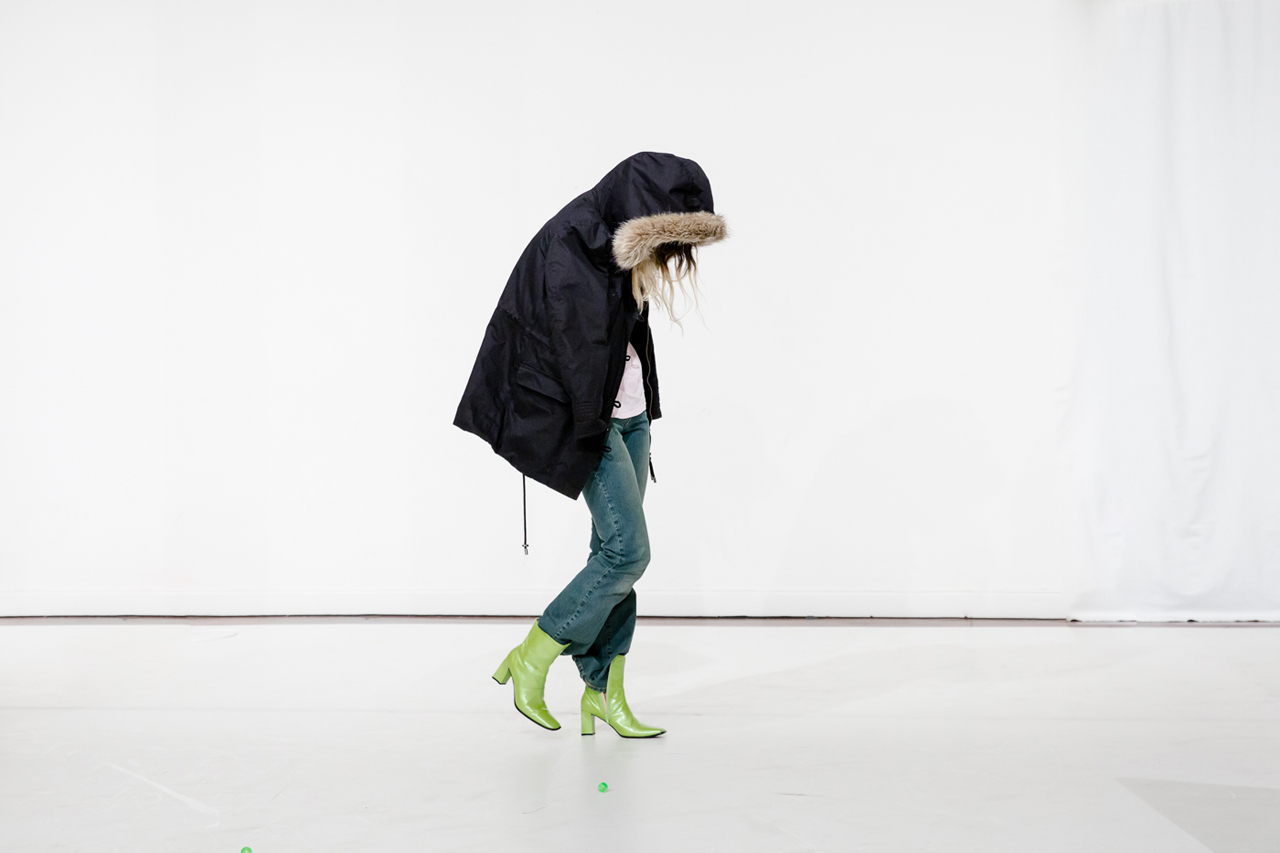 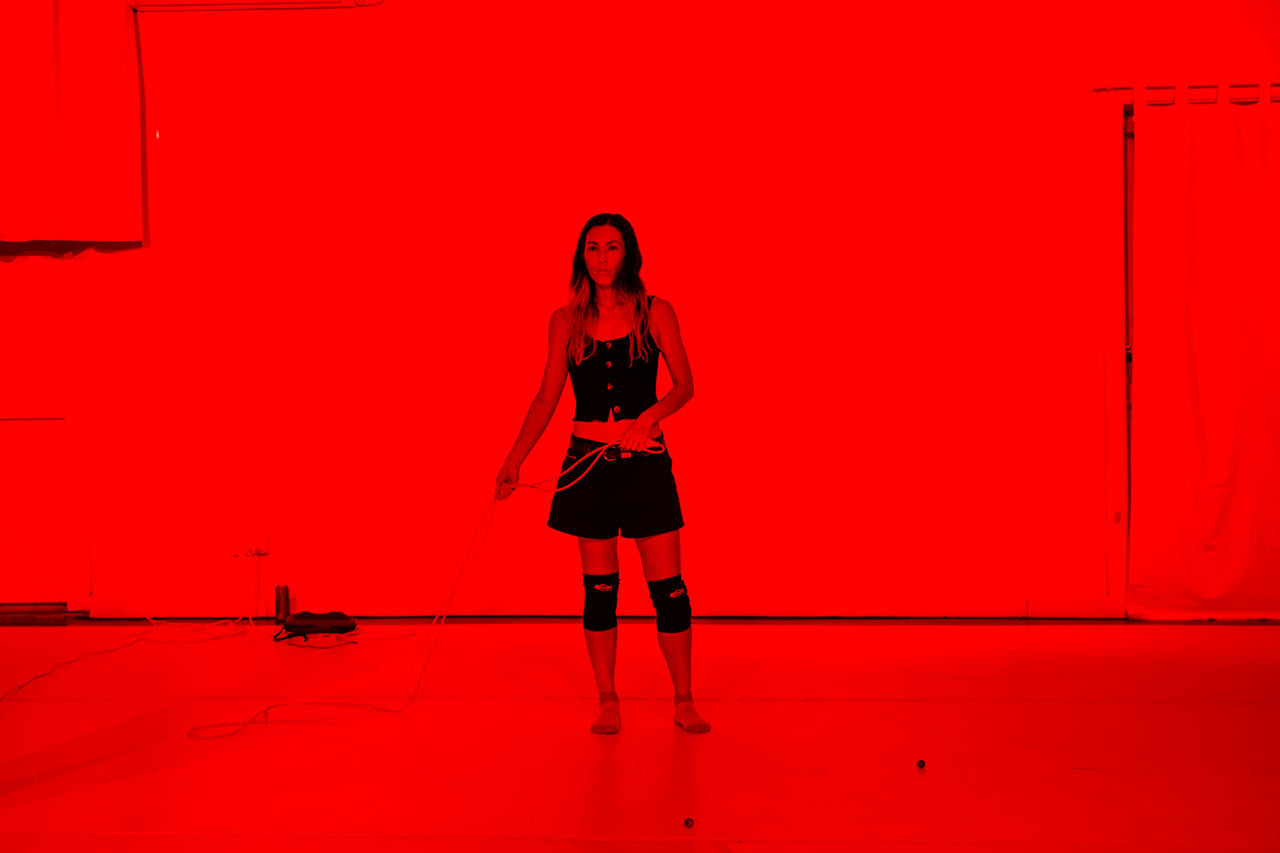 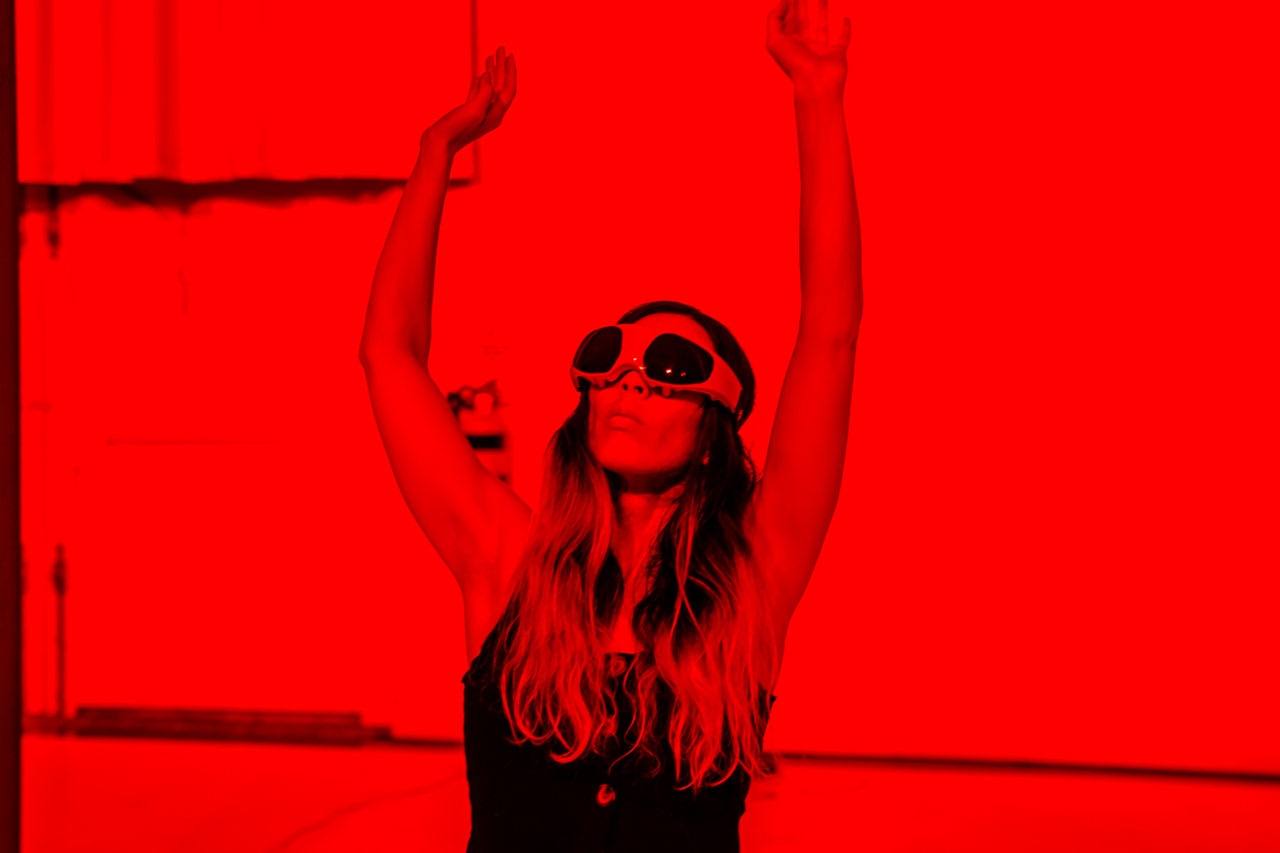 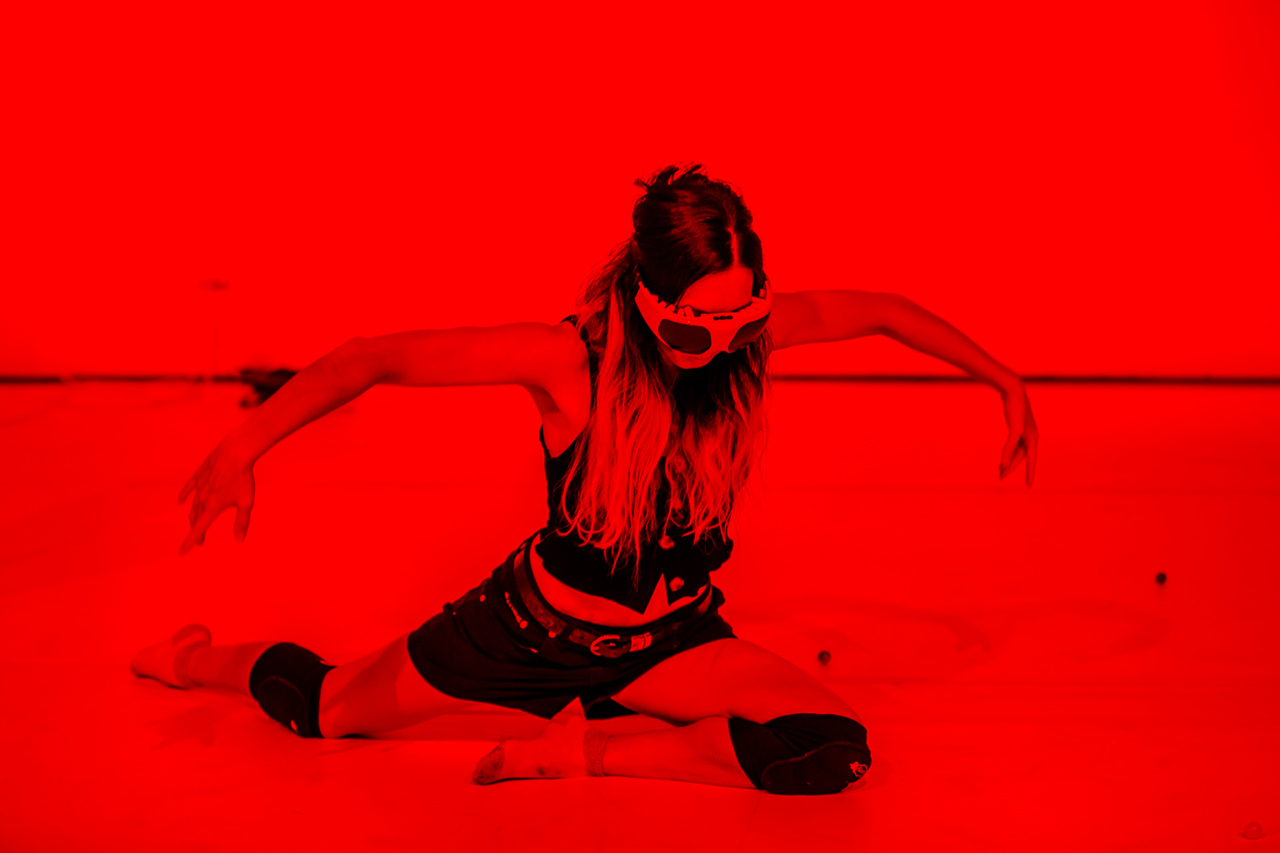 When the choreographer and dancer Angela Goh began looking to develop her performance work Uncanny Valley Girl, it was her collaborator, the writer Holly Childs, who insisted that Goh’s own face had already elevated the work into an entirely new realm.

There it was, a portrait of Goh, staring skyward in sunglasses and drenched in technicolour, staring back at her every time she received an email from the organising body of the Liveworks Festival of Experimental Art, Performance Space, where Goh recently staged multiple performances of Uncanny Valley Girl. There it was again, Goh’s face looking back at her on posters plastered around Sydney streets; and again, this time on countless other items of marketing collateral. Outside of the Carriageworks arts precinct – where Liveworks is currently being staged until October 28 – on the morning that Goh arrives for final rehearsals prior to an opening weekend of performances, she encounters a booklet outside that has begun to disintegrate in the ceaseless spring deluge. It was strange, Goh says, that the only place she could see the sodden booklet “rotting” was on her face.

“It’s interesting to think about an image from [Uncanny Valley Girl] and what happens to that once it becomes a duplicated, repeated image that’s separate from the work,” Goh says, contemplatively. “I’m interested to see if people recognise when [that depicted moment] happens in the work and also how it changes what they’re seeing.”

While what it is exactly that they’re seeing defies easy categorisation, it’s entirely apt, however, that uncertain, subconscious associations should arise between the audience, the marketing material and Goh’s visceral performance. Goh plays on those very connections we make between seemingly tangential things through the myriad elements of her performance. Take, for example, a text written by Charles that appears on a screen. It also appears in a form that is coded by an algorithm written by Linda Dement, a Sydney-based “cyber feminist” artist who has worked in arts computing since the late 1980s. “We were trying to work out ways in which the text [could] morph and change form in order to repeat itself through the work in these subliminal ways so that there is this familiarity when you hear the text,” Goh says. The same text has also been embedded into the artist’s costumes, and lines from the text appear in the verses of a track used in the soundscape. Other lines appear in ‘radio DJ drops’ that the artist crowd-sourced from the quintessential gig economy crowdsourcing platform, Fiver, which were later mixed into a soundscape composed by the Melbourne-based producer, Corin Ileto. “It’s the same thing with the image being replicated in different forms,” says Goh. “This idea of things replicating in a different form is quite interesting to the work.”

Goh has been performing this version of Uncanny Valley Girl since March, where it premiered at Melbourne’s Festival of Live Art at Arts House. An earlier iteration of the work appeared in a party context as early as 2015. Elements of that “crude” first offering still exist in the work today: namely in the use of massage machines that are easily recognised from televised infomercials. To three of those machines, Goh applies additional elements like silicone chicken fillet bra inserts that undulate with the movement of the machine’s many autonomous, concealed limbs, or to her own body as though they were rudimentary prosthetics. The remainder of Uncanny Valley Girl has grown in tandem with a shift in Goh’s own thinking as the addition of new collaborators has added layers of complexity to the work that hitherto didn’t exist.

“In my work, I use what I have available to me,” Goh says, accounting for those performance set pieces. “Somehow those elements [were some] among many elements that I happened to use. Of course, this work is conceptually [looking] at the relationship between the body and technology but more in a way to imagine possibilities for the body [and to] ignite an imagination around the body and technology, rather than to actually engage with a high level of technology.”

Uncanny Valley Girl addresses a fantasy that is twofold: first, the erotic fantasy of the female form, and secondly, the fantasy of escalating technological advancement as it veers between utopic and dystopic notions. “The fear of technology rising up and destroying humans becomes even more horrific when it is feminized,” Goh’s artist’s statement reads, “as though our ultimate fear is not only the rising up of the machine, but also the rising up of the feminine body.” The robotics professor Masahiro Mori first defined the titular aesthetic concept of the ‘uncanny valley’ in 1970 as a means of describing the steep dip that occurs in a graph measuring fear and distaste in human responses to eerily humanoid objects as they approach a state that is nearly indistinguishable from reality.

The figure of the fembot, then, is central to the lens through which Uncanny Valley Girl can be viewed. “It’s an offering to ignite an imagination about what the fembot is rather than to try to bio-hack my body,” says Goh, who desired to investigate a trope of femininity that has long been present in popular culture while exploring its insidious undercurrents. For Goh, there is a lightheartedness to be found in the audience’s familiarity with the fembot as a trope, regardless of its apocalyptic connotations. “I’m trying to offer the audience something familiar as a way to lure them into something that’s darker,” says Goh. “For me, the work is about the horror of emptiness and [asks] what does it mean for a body to be totally empty?” (The theme of Liveworks 2018 is ‘bodies at the edge’)

When Goh performs Uncanny Valley Girl live, she does so with her audience in full view. Their responses to a single moment, she says, can vary wildly from fear to sadness to hysteria. “I guess that has something to do with the work dealing with this emptiness that asks a viewer to fill that with what’s going on with them,” she ventures before disappearing around a corner, passing another version of herself along the way.

The 2018 Liveworks Festival of Experimental Art by Performance Space continues at Carriageworks until October 28. More information is available here.

Tile and cover image: Bryony Jackson/Courtesy of the artist