Thanks to a widely circulated sex tape and some very racy nude photoshoots, we’ve pretty much seen every inch of Kim Kardashian West’s famous body. So when she releases near-topless photos, it’s by no means groundbreaking, newsworthy stuff. But when said photos shed new light on something, hey, we’re interested (kind of).

Posting a series of topless photos on her Instagram story, turns out Kim’s sell-out shapewear line, Skims, can’t fix everything – but apparently heavy taping can. In the series of photos, Kim shares (rather graphically) how she does a “one sided boob lift”, a wardrobe hack she maintains began back in 2008.

She also divulges a cure to what she calls a “backless dress dilemma” – something we’ve all been victim to at one stage in our fashion lives – for which Kim relies on heavy strapping: “I tape the front so I can wear a backless dress! Since you can’t wear a bra.” Excellent observation, Kim. She then goes on to give us a visual breakdown of her process, which involves some, er, heavy lifting. 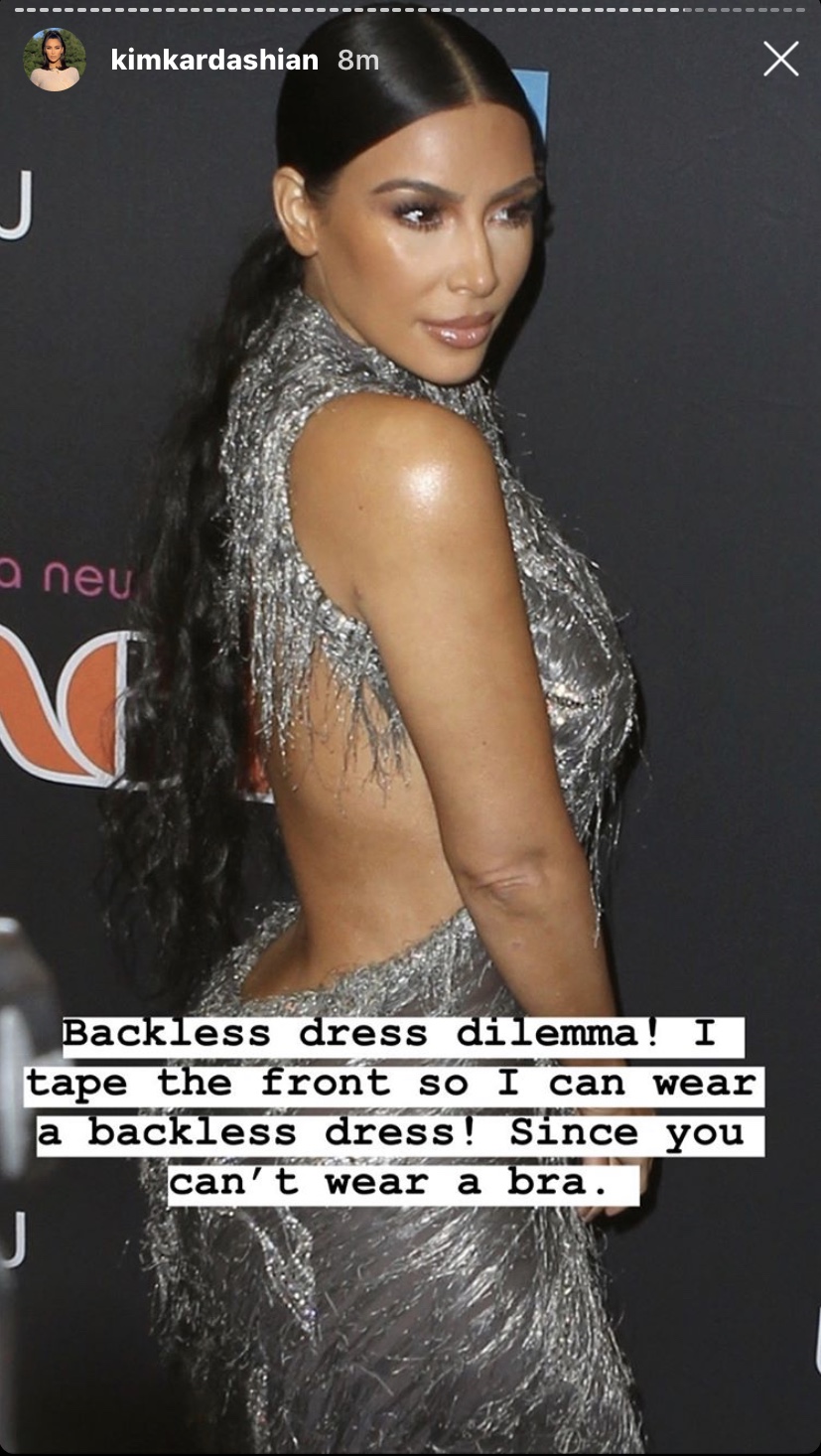 In the photos, the younger (and suitably less filled) Kardashian poses with copious amounts of thick tape covering the sides of her ample bosom, helped along by some very handsy staff (they say it does take a village).

A poke here, a juggle there – et voila! Perky breasts ready for a plunging V-neck, a backless dress or a one-shoulder job. Behold, the making of Kim Kardashian’s “boob lift”. Enjoy.