A Whole New World: Why Doing Disneyland As An Adult Is A Very Good Idea

Even if only for a temporary reprieve, a visit to Disneyland in California will take even the most world-weary soul back to happier, simpler times 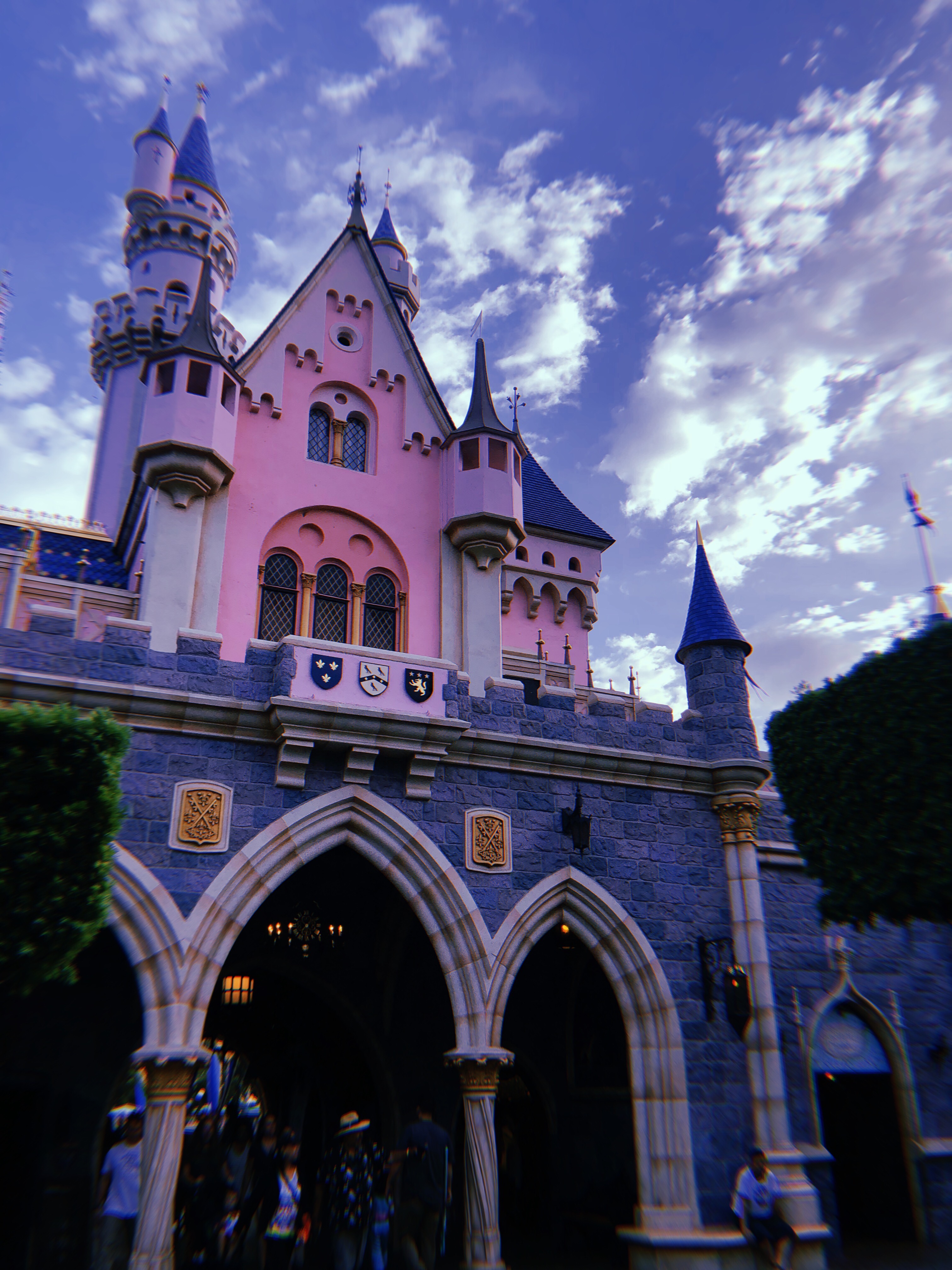 ANAHEIM, CALIFORNIA: There’s been many published pieces of late on how to deal with the trauma of what is going on in the world. For Australians, anxiety is currently centred upon the deadly bushfires; unrelenting infernos ravaging our great land and devastatingly taking with it the lives of our people and our animals.

In times of trouble, it’s normal to feel down, upset and a little jaded. A scroll of my Instagram feed can make my heart hurt and I’m constantly reminding myself to look for the helpers and look for the hope. What we wouldn’t give to rub a lamp and have Robin Williams grant us three wishes. What we wouldn’t do to be “soaring, tumbling, freewheeling through an endless diamond sky”. Or at least, bottling that wanderlust and storing it away for the next day the patriarchy decides to throw a  curveball at Congress or our Prime Minister attempts to force a handshake.

These of course reference just one of the hopeful storybook tales in the Disney catalogue. And while I personally gravitated toward Cinderella’s tale of reinvention as a child, it was the melody of Alan Menken’s “A Whole New World” – a song from the 1992 Disney feature film Aladdin – that opened the nostalgia flood gates at a recent trip to Disneyland in California.

Arriving from Mammoth Lakes, myself and a group of journalists rushed to the World Of Colour evening show. It is a spectacular array of colourful lights and shooting water set against the backdrop of the iconic Mickey Mouse Ferris wheel and to the soundtrack of your favourite Disney anthems. 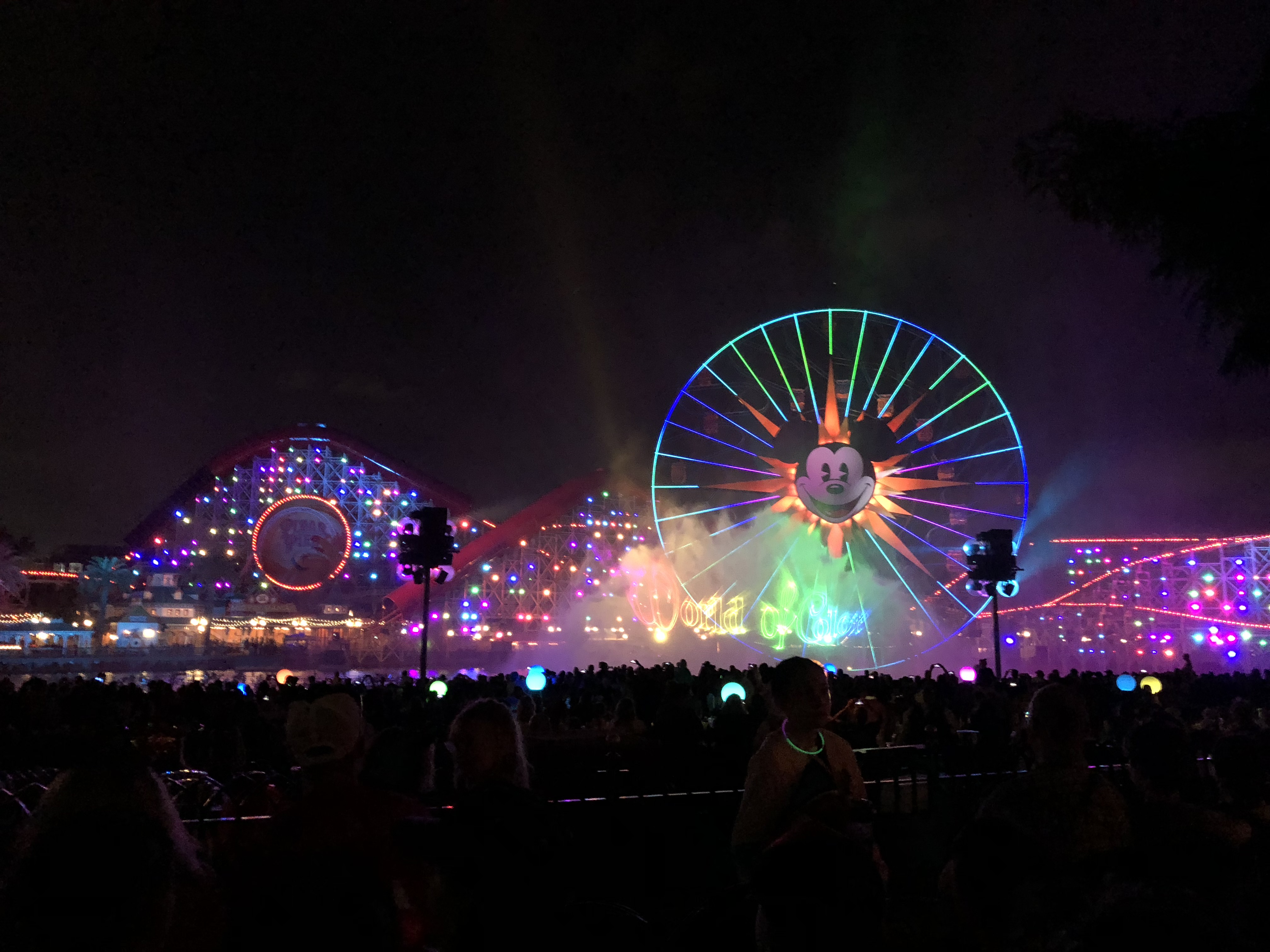 Music has the ability to move people – this we know. But I guess I didn’t realise the physical wave of nostalgia I would experience when listening to these very powerful Disney scores as an adult. I hadn’t heard most of them in years! When “A Whole New World” began playing and Jasmine and Aladdin were seen shooting across the night sky, it took me straight back to little unaffected Jessica sitting on my parent’s patterned lounge in the 90s dreaming up my own life goals. The things that were on my mind that night seemed to wash away as the melody reminded me of that wonderful optimism gained through the lens of a child.

The World Of Colour was in every sense an “unbelievable sight” and “indescribable feeling”. Yes that’s a bad cliché but the proof was in the grown man a couple of seats away from me and the single tear drop on his left cheek.

The next morning, we put our Nikes on for a day at Disneyland Park. “Soarin’ Around The World” was the first ride of the day and the favourite of the trip. In a swaying carriage, artificial scents and winds simulate a hang gliding experience over Sydney Harbour, The Great Wall Of China, The Eiffel Tower in Paris and beyond.

Another really fun one is the Indiana Jones Experience, a thrill ride through a cursed temple. Lines can be really long so I’d recommend taking advantage of the Fast Pass feature which allows you to join smaller queues. And a tip: If you’re not with kids, you can probably skip the Toy Story Midway Mania ride and the Haunted Mansion.

Disneyland is a funny little microcosm. The staff – and there are 29,000 of them – are lovely albeit robotically informative and smile on cue. The parades are a little dated in their flag-drenched patriotic approach, especially given their great country isn’t in the best of ways at the moment. The restaurants inside the park as well are dry so there’s no champagne-sipping in between rollercoasters. Head outside for endless options for dinner with wine.

The lines to get onto rides will set you back 20-40 minutes per ride. But for bigger groups who are willing to spend a little more cash in order to maximise their time in their parks, I’d recommend booking a VIP tour. It’s USD $600/hour for a minimum of seven hours and a maximum of ten guests. While it sounds expensive, split between the group, it is a cost effective way of skipping the lines – and if you’ve travelled from Australia, it’s worth every cent.

We stayed at Disney’s Grand California Hotel & Spa which was quite lovely. The Tenaya Stone Spa – a full service spa specialising in “good-for-the-soul experiences” – is opening in March 2020. Also note The Storytellers Café do an American buffet almost too well when a rollercoaster is on the agenda at 10am.

If you do venture outside the Disney walls and are looking for something fun to do in Anaheim, I’d highly recommend booking a spot at flight school and flying and landing a plane in a flight simulator. Grab a date or your family members and sign up for the $59 Fighter Pilot Experience at Flightdeck, just a couple of kilometres from Disneyland. I am strangely obsessed with aviation and while I listened intently in the class, one of my landings ended up in the ocean! But it was still so much fun and suiting up and wearing the headset in your own cockpit is rather thrilling even if you’re not a Top Gun fan. 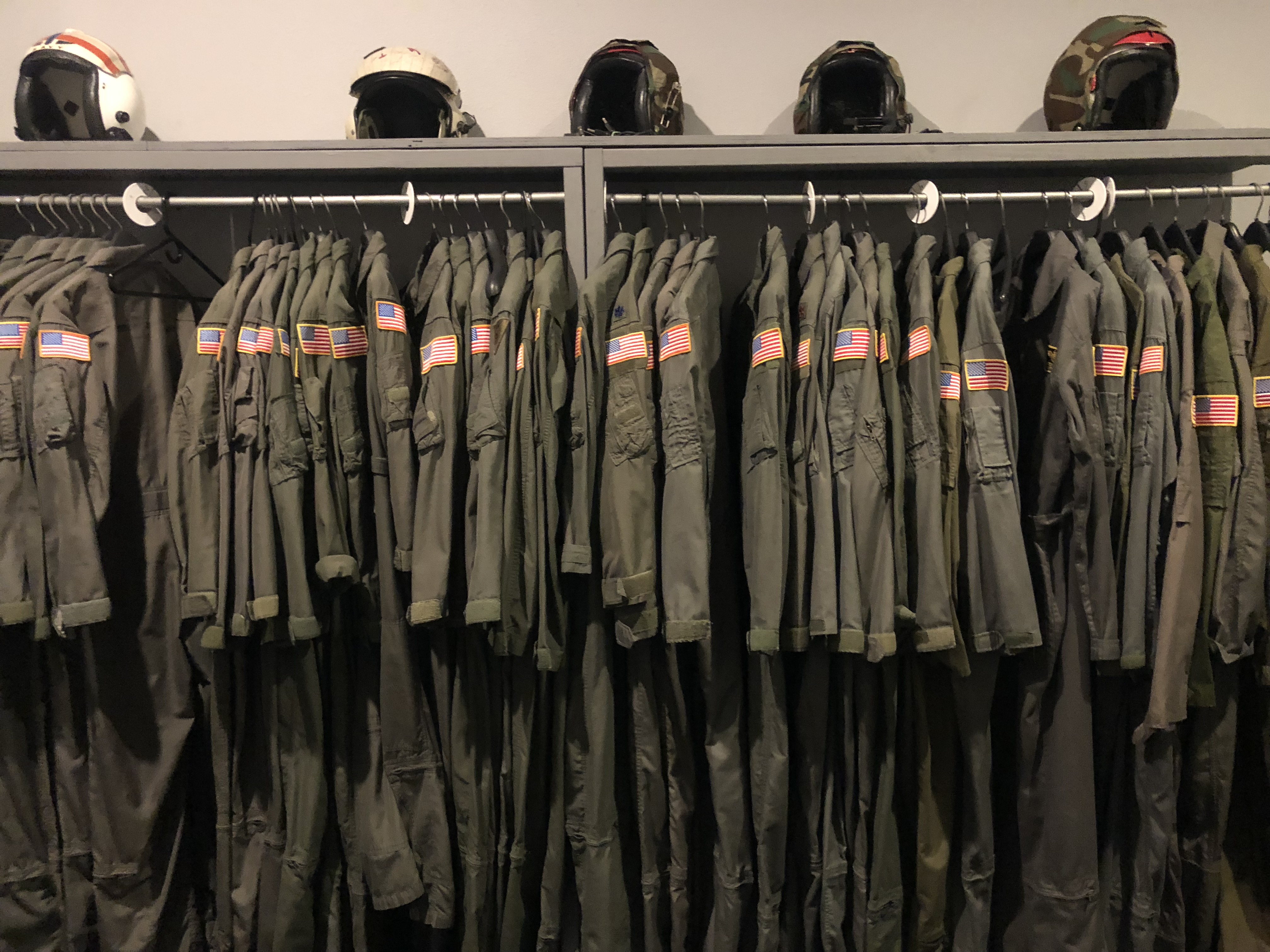 On our last night, myself and the group of travelling journalists – my now friends – sat around in the hotel bar sipping red wine. What a week we had all experienced courtesy of Visit California; Hollywood, Mammoth Lakes and now Disneyland. World catastrophes aside, you get to know people pretty well after spending seven days with them. None of us came to Disneyland with a perfect personal life. But I will say, for most of us, the sparkle in our weary eyes was restored for those couple of days at the Happiest Place On Earth. Walt was really onto something.

The world may not be “shining, shimmering, splendid”. But next time you’re in California, even just for a momentary reprieve, head to Disneyland to get a dose of that wonderful hope you felt as a kid. Now what did I do with my magic carpet?

JESSICA TRAVELLED AS A GUEST WITH VISIT CALIFORNIA. IF YOU’RE PLANNING A HOLIDAY TO THE GOLDEN STATE, HEAD TO VISITCALIFORNIA.COM FOR MORE. 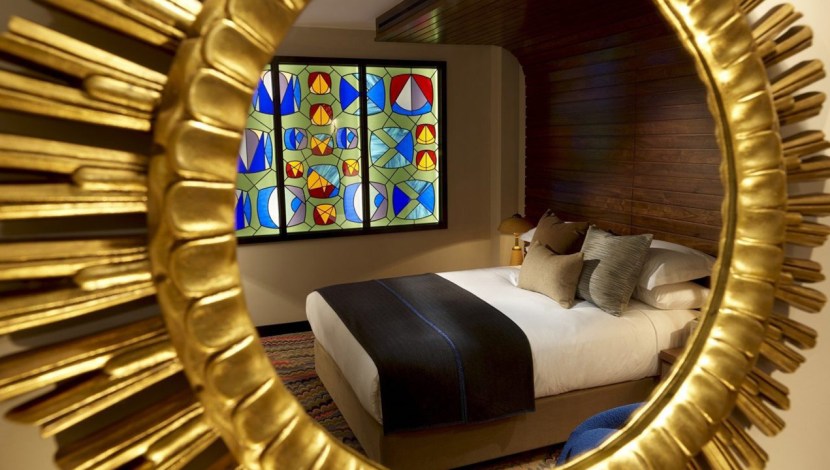 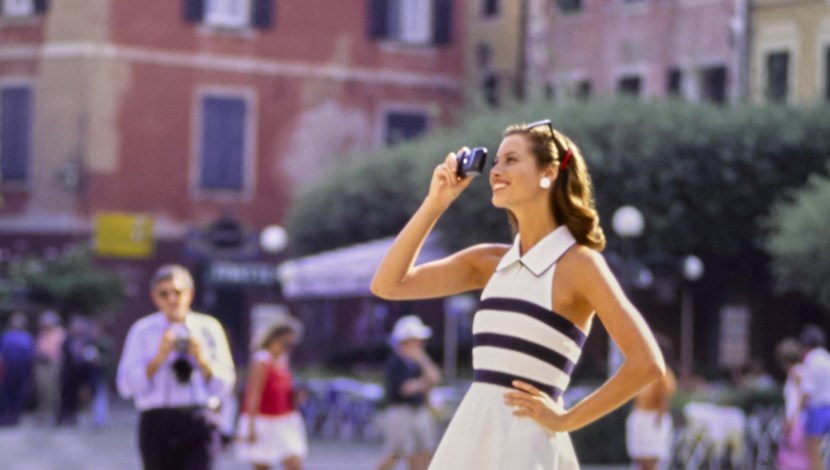 “Bleisure” Is The New Buzz Word You Need To Know 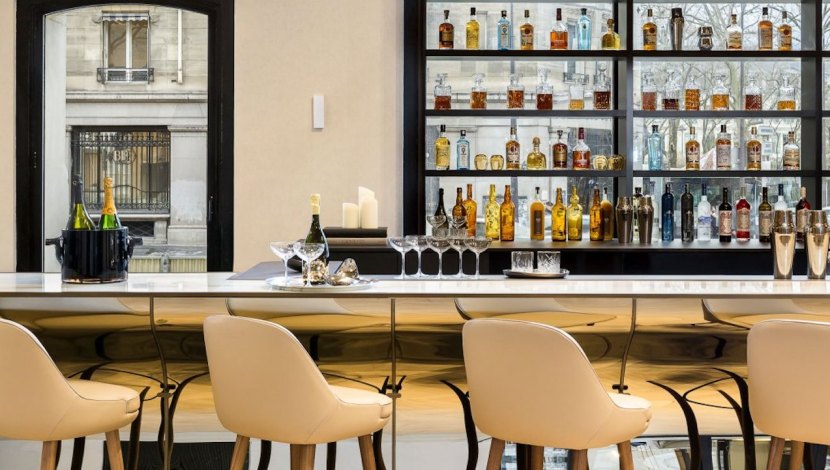 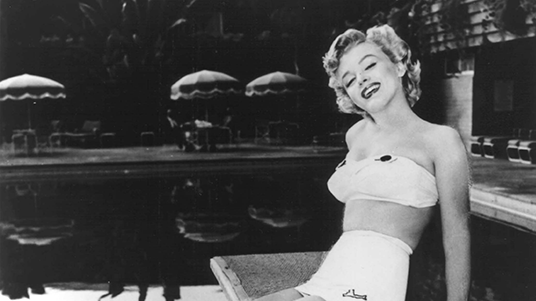 Some Like It Hot – And Those People Holiday In Hollywood 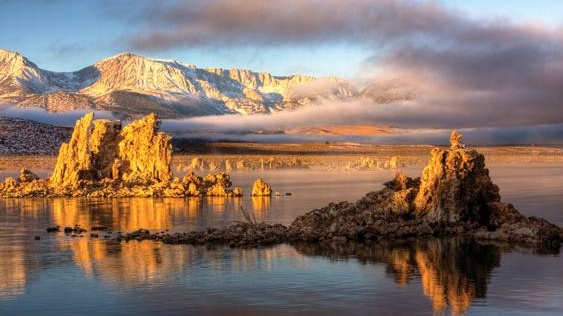 An Eastern Sierra Road Trip For The Soul 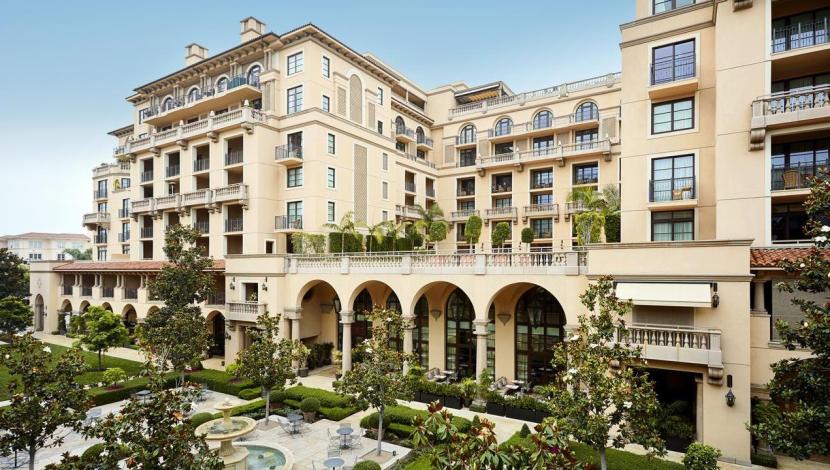 The Montage Hotel In Beverly Hills. That’s Where I Want To Be
Next page