In its third season, ‘Transparent’ will once more look to the past to create a brighter future

At a Television Critics Association panel today, Amazon Studios revealed more information and a trailer for the third season of their flagship original program, the brilliant Transparent.

Jill Soloway’s critically-acclaimed drama will continue to dissect the past lives of the Pfefferman family in its third outing, while exploring their chaotic yet always engrossing present and increasingly uncertain futures. According to one of the show’s writers, Our Lady J, this season will include flashbacks to 1958, when 12-year-old Maura – played by Jeffrey Tambor in the present and to be played by young transgender actor Sophia Grace Gianna in flashback – was dealing with the childhood experiences of someone “assigned the wrong gender at birth… a story that hasn’t been told yet.”

Per Indiewire, the Golden Globe-winning show’s third outing will adhere to the following synopsis: “In Transparent season three, our nuclear family splinters into disparate journeys on their continued path of self-discovery. After a jarring reality check, Maura, having found romantic partnership with Vicki and acceptance from her family, seeks to become the woman she envisions through gender confirmation surgery.

“Shelly relishes in her newfound love with Buzzy and finally discovers her voice — she’s going to tell her side of the story whether her family likes it or not. Meanwhile, Sarah and Ali embark on two different approaches to connecting to their spirituality. Sarah creates an East Side religious movement, but discovers that her own narcissism gets the best of her. Ali starts to have nitrous-induced visions, causing her to question her career path and her relationship with Leslie. And Josh, disengaged from work and love, suffers from a harrowing loss that forces him to reconcile with his past once and for all. All paths converge on a family cruise to Mexico, affirming that though their family history is murky, each Pfefferman is their truest self when they come together.”

Transparent returns to Amazon (and to Stan locally) September 23. 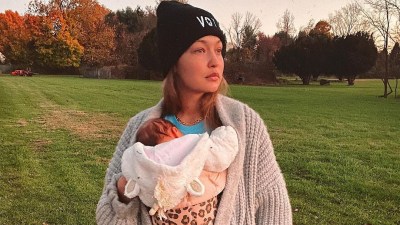