What Did You Think Of Tonya Harding Being Celebrated At The Golden Globes?

In a ballroom full of women fighting against abuse, the disgraced former figure skater – accused of conspiring to attack her rival in 1994 – sat quietly in her seat

When actress Allison Janney accepted the Golden Globe award for Best Supporting Actress in a comedy for her role as Tonya Harding’s abusive mother LaVonda, in I, Tonya, she praised the real Tonya Harding. The 47-year-old former figure skating champion was close to tears in her seat in the Beverly Hilton ballroom in Los Angeles on January 7 as she watched her movie mother tell the world Harding was indeed a victim.

“Tonya Harding is here tonight,” began Janney. “I would like to thank Tonya for sharing her story. What this movie did is tell a story about class in America, tell a story about the disenfranchised, tell the story about a woman who was not embraced for her individuality, tell a story about truth and the perception of truth in the media and truths we all tell ourselves. It’s an extraordinary movie, and I’m so proud of it.”

A few cheers could be heard from the crowd but it seemed incredibly ironic that in a room full of hundreds of people standing in solidarity against abuse – Time Is Up – that those same people could celebrate a woman who systematically conspired to attack her figure skating rival by way of banging in her knee with a baton twenty-four years to the day earlier.

While the 1994 assault was intended to break Nancy Kerrigan’s leg ahead of the Olympics, it merely bruised it and she went on to win a silver medal. Harding placed eighth. Harding’s husband at the time, her bodyguard and the man who was hired to carry out the attack did jail time. Harding – who said she only knew of Kerrigan’s knee afterwards – earned just three years probation, 500 hours of community service and was ordered to pay a AUD $203,000 fine. She was also stripped of all of her medals.

But in a new television documentary Truth And Lies: The Tonya Harding Story, the now-47-year-old confesses to knowing about the attack prior to it happening. “I did … overhear them talking about stuff where, ‘well, maybe we should take somebody out to make sure she gets on the team,’” says Harding. “I go, ‘what the hell are you talking about?’”

Again, amid the sea of black dresses at the Golden Globes, how did Harding fit in? Why was she celebrated? Here are some opinions from so very vocal viewers:

Let’s acknowledge the disgusting irony. Tonight, the #goldenglobes talked about standing up against violence, assault, inequality, etc. BUT Tonya flipping Harding was there and applauded during Allison Janney’s speech?!? I wonder how her VICTIM, Nancy Kerrigan, felt about this.

Can someone who has been the Tonya Harding movie explain to me if there is any justification for this redemptive arc that she's riding now? Because I have pretty clear memories of the woman whose assault she was complicit in arranging crying in pain.

Just a thought. Hollywood welcomes criminal Tonya Harding at the #GoldenGlobes2018 who assaulted anither woman to become famous. Did people forget what happened. She attacked Nancy Kerrigan and ruined the #WinterOlympics For American skaters.

I can't help but think that in a ceremony that did so well raising awareness about abuse, why would @AllisonBJanney (who is BRILLIANT and I love) pay tribute to #TonyaHarding She was instrumental in the physical abuse of another athlete. #NancyKerrigan is who should be tributed

I, Tonya is in Australian cinemas January 25. 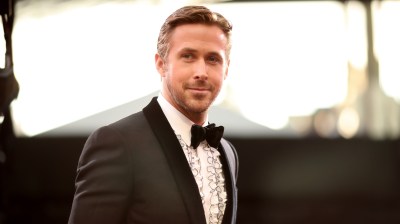 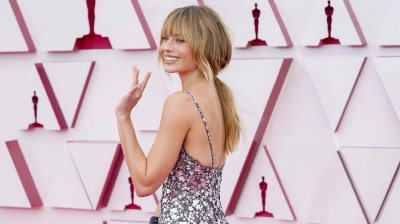