The Way Forward: Caitlin Figueiredo Is Taking The Future Of Politics, Equality And True Democracy In Her Stride

GRAZIA and Tommy Hilfiger celebrate a woman that, from the White House to Buckingham Palace, has achieved more in her youth than most do in a lifetime. Now, with her sights set on Parliament you’ll want to remember her name 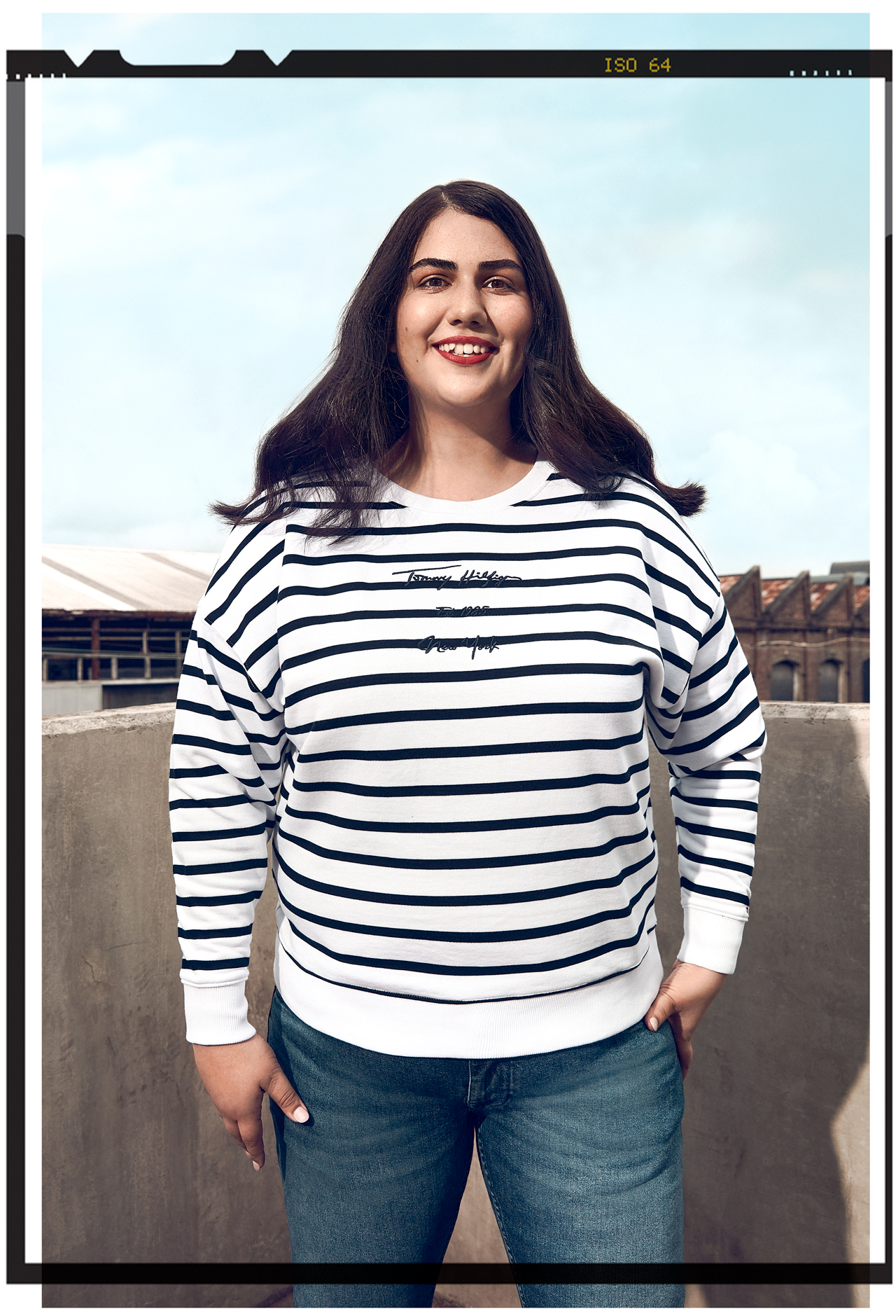 I’d read a lot about Caitlin Figueiredo in the weeks leading up to meeting her. She’s been quoted by numerous media outlets in the wake of Federal Parliament’s sexual misconduct revelations, each time iterating her potent heartbreak for the young women involved. Figueiredo is an advocator, an activist and a survivor.

To say she is an accomplished young woman would be too plainly a way to describe her achievements. In fact, the first question I ask her when she arrives from Canberra for our shoot is how does she fit it all in? She laughs and says she doesn’t really! Her presence is warm and relaxed. I’d been unsure how politically polished Figueiredo would be. While she is not technically a member of parliament (yet), her work empowering young women into political careers makes her already a young leader of the future. Yet, she has an endearing vulnerability. Something that makes her instantly likeable, and instantly relatable.

Perhaps, however, that’s where the relatability ends. Because, by the age of 26, Figueiredo has achieved more than most would in a lifetime. Primarily, she is founder of Jasiri. A volunteer-run program that encourages young female political thinkers into a life of leadership. In the five years since its inception at least 500 Australian girls have passed through its training module, with around 95 percent finishing with the intention to pursue a career. “Essentially they get placed with a political leader and they get to shadow them and they get to do everything a politician does for either a day or week.” At the moment, the program relies purely on volunteers and officials donating time to keep the program running, the irony being it’s never received any government funding. “We’re literally trying to create a more inclusive Australia but we can’t get he funding to do it. It’s still treated like our passion project.”

The revelations from Brittany Higgins in February of this year (Higgins was sexually assaulted by an older male colleague in an office at Parliament house in Canberra) has understandably made some of Figueiredo’s proteges cautious to continue. So, her work, she says, is now more important than ever. It’s never been more imperative to have these young women become a strong presence on the Australian political landscape. “[when we first started] no one thought that ensuring that we have diversity and inclusion with our parliamentary sphere was important. They just said who cares, why does it matter. And now, it’s such a hot topic that people are finally saying we can see what you’re doing now, and we don’t have to explain it.”

Figueiredo is motivated, and her desire to change the course of equality in politics is palpable. I pose to her that, prior to recent events, issues surrounding gender inequality in parliament was rife but ignored. Swept under by continual complacency and a system that has significant historic advantage. Rhetorically, I ask her, given our parliament is filled with a large proportion of men from a similar socio-economic background, how can we earn a balanced democracy? And how can women ever feel properly welcome? In turn, she gives me her favourite anecdote from her Jasiri parliament tours.

“On the tour, we take the girls through old parliament house and before they go in and do the leadership and political training they go past this particular bathroom. It’s a bathroom that had to be created for female members of parliament because, in the beginnings, there were none therefore no need for a bathroom! Parliament was never set up in the Australian Federal system for women! And this bathroom is a perfect symbol.”

Figueiredo’s foray into a life of activism began with a role at the UN, on a task force set up to improve the position of women globally. Here, she was instrumental in what remains as the Youth Commission of Women program. However, her experience was decimated when, in 2017, her boss Ravi Karkara, a senior advisor at the time was accused, and then convicted, of using his power to groom and sexually assault at least one young member of the task force. Figueiredo was devastated, and continues to be haunted by the revelations. She tells me she even felt shame, that because she had been a victim of violence in her childhood, she should have seen it.

Such a weight of the world on her shoulders must have been a lot for someone of only 22 years, and taking it in a vein of responsibility surely made it all the harder mentally. I ask her how she did it. How how did she manage to refuse to believe that the world is a dismal place when not even the helpers are helping?  “For a time I did, but then my friends on the task force and those in Australia helped me to realise that yes the world can be horrible, and your life experiences have shown you that, but at the same time you are in a very privileged position to turn that around.” 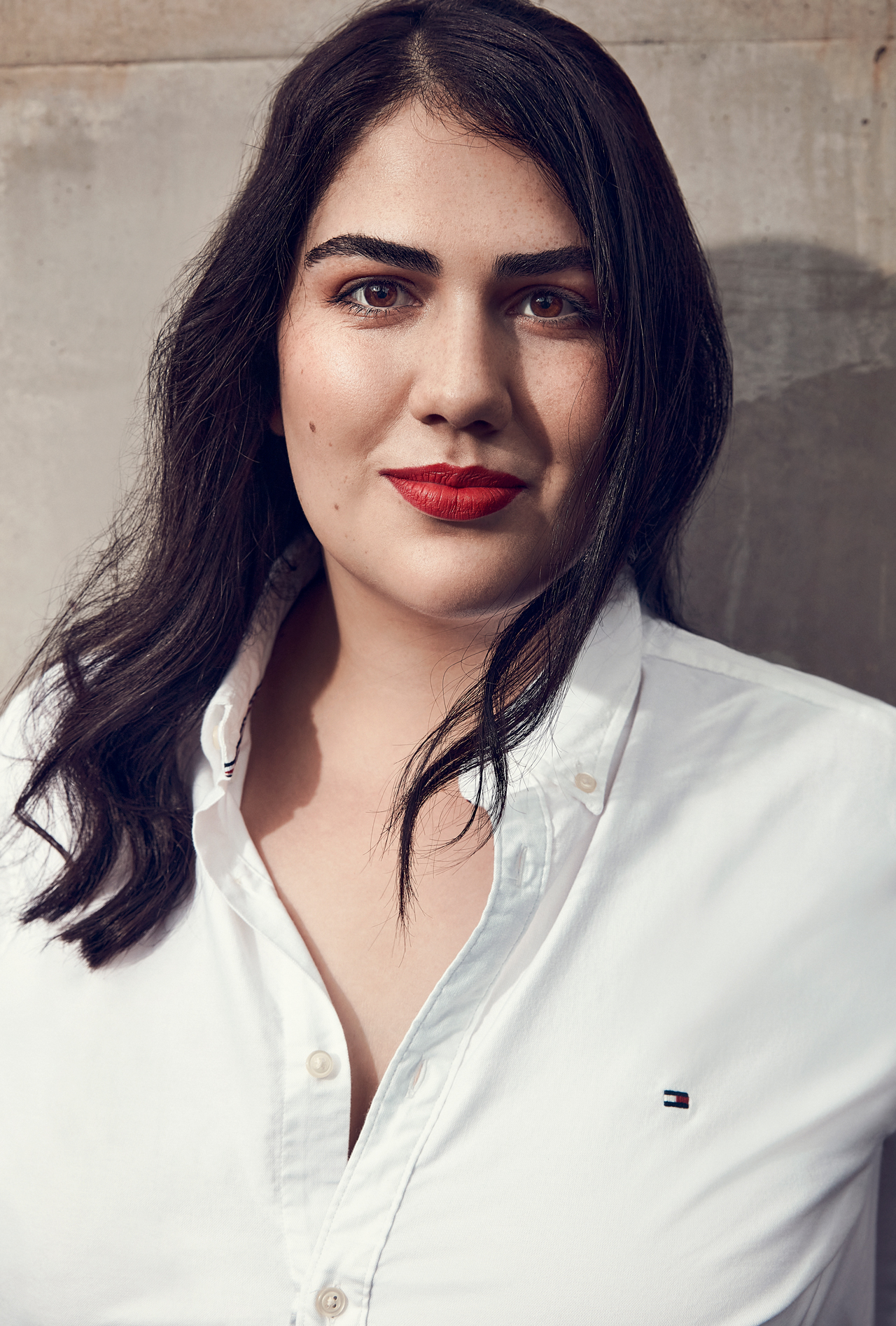 And turn it around, she did. The success of Jasiri has seen the program now set up in at least four countries and Figueiredo globally recognised at the highest levels. In 2016, she was invited by then First Lady Michelle Obama to Washington to attend the United States of Women summit where she was named Global Changemaker for Gender Equality. The exclusive event had an impressive list of notables attend, however she notes the discourse of the night swayed mostly towards the impending election. That Donald Trump was vying for power. “It was the most amazing experience of my life. Every significant political leader from the US was there, and every celebrity. But the entire time the conversation was about how there was no way that Donald Trump was going to win. I can’t recall one single person saying they thought the result would go his way.”

This now infamous political moment became the catalyst for Figueiredo getting down to business. That a democratic country like the United States could be lead by someone with such apparent opposition shocked her. Figueiredo wants to make sure the public and our communities here in Australia know their voices count. This outlook is refreshingly devoid of ego, she’s a future politician purely propelled by a desire to make things better. I can’t help but imagine we’ll see her in a supreme leadership role in the future.“I’ve had a dream ever since I was a kid, and that was inspired by my Dad and his family being migrants from India and Kenya coming to Australia and they always told me to aim high, so my goal is to eventually become Prime Minister. I’m a political nerd. I love going through parliament house and looking at the portraits of all the past leaders. On days when I feel really low I look at them and I think some of them will be lost to history but some of them left their mark. They have changed our country for the better and I want to do that.”

While Figueiredo is made up for the shoot – with a striking red lip and a blow wave for her impossibly shiny black hair – she says she’s a little nervous about today’s turn as fashion model. Funny given how often she’s front and centre for globally important issues. A quick Google search places her name in association with not only the UN, the White House and parliament here in Australia, but also with the Queen and the monarchy. Most recently Sophie, The Countess of Wessex (wife of Price Edward, the youngest son of the Queen and Prince Phillip) included Figueiredo in a video interview along with three other inspiring young leaders focused on the rights of women.

Does she ever get surprised by her experiences? “All the time. As a kid I used to love the nursery rhyme that said ‘I’m off to London to visit the Queen’ and then one day I got to tell my friends I’m literally off to London to visit the Queen! I went to Buckingham Palace and I received a Queen’s Young Leader award for Jasiri. It was amazing.” She giggles recalling how she had Meghan and Harry on one side, David Beckham on the other and the Queen in front of her. Her humility is endearing, apparently still unsure how she ended up in the lineup. Of course, it’s clear why. While a large number of people of her age are busy Tik Tokking and finding direction Figueiredo is on cruise control into the inequality battlefield.

So what will a future with more women and more diversity in politics look like? And how do we rock the boat, I ask her. “I think we need to show that the boat is actually on dry land. That it’s accessible to anyone. Currently, it’s under an illusion that it’s only open to certain people with certain backgrounds – those with wealth or connections to the right people. But at the end of the day it’s really not, this has just been constructed over time. Politics is about who our communities want to be elected. When enough people say we want this person because they look like us, they sound like us, they have the same life experiences, then this collective will and collective power will force the parties to preselect them and move in a new direction.”

Figueiredo’s ilk is an example of what should be the “influencer” of the future. She lists leaders like Jacinta Arden as someone she looks up to. I ask her if she’d welcome more attention being given to “influence” that focuses on rights and activism rather than fleeting displays of normalised narcissism? “I’d love more activists be seen as influencers. I’d love more community leaders be seen as influencers. Because yes, you can have the biggest social media following in the world, but if you’re not making a difference what is the point?”

Snap. Perhaps the ‘responsible practice of influence’ could be one of her first agendas when she secures her place in the Cabinet. With Figueiredo in our corner, tirelessly championing for the greater good, for minorities, for women’s rights and for improving the opportunities for girls everywhere our future is in safe, progressive hands.

Also, turns out she’s good at modelling, too.

What would you tell your 10-year-old self if you could go back in time?

“I would say don’t give up. At that time in my life I was going through some really difficult PTSD and trauma and I remember I didn’t think I was going to make it to be a teenager. So I would tell her don’t give up, because better things are coming.” 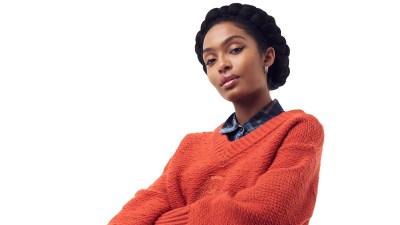 Pass The Mic: Yara Shahidi And Tommy Hilfiger Want You To Have A Say 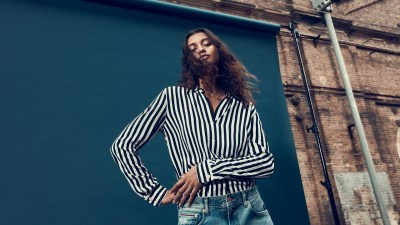 The Way Forward: Lisa Fatnowna Is Using Fashion, Sport And Education As Tools For Motivation

The Way Forward: Jack Gray Is Making Waves In Music And The Futures Of Underprivileged Kids 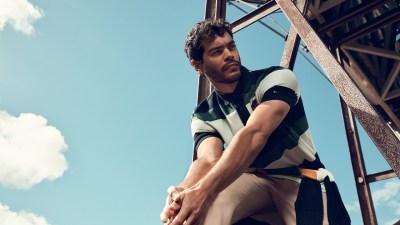 The Way Forward: Nathan McGuire Is A Face And Voice For The Future Of Fashion
Next page