When we grow up, we want to be Zoe Kravitz or St Vincent in really, really cool custom-styled jewels

Now the latest project for luxury jewellery Tiffany & Co. speaks a softer, but equally powerful message, delivered by six famous creatives who are between them equal parts cool, clever, beautiful and brave. (And who wouldn’t want to emulate that?)

Called There’s Only One, the Autumn/Winter 2017 campaign links a series of images and one short video clip, and celebrates the beauty in being one-of-a-kind or, in the brand’s own words, “the power of individuality and self-expression”. In a subtle twist, the jewellery – some of it even customised with paint-dips, initials and cute personalised engraving – reflects the overall ‘mine is unique’ mantra too. Actress Elle Fanning behind the scenes All were chosen, according to new design boss Reed Krakoff, because they embody the same “creativity, passion and optimism” as the 180-year-old New York-based brand, with each portrait and jewellery combination designed to capture the essence of the celebrity. St Vincent wears the Tiffany Victoria layered diamond necklace under a scarf and initialled bracelet for the campaignCredit: Inez & Vinoodh

But while the campaign shots – snapped by fashion photo duo Inez & Vinoodh – are deliciously striking, it’s their behind-the-scenes video (shown below) featuring brief interviews that really drives home the ‘be yourself’ message.

“Elegance – I think it represents class,” says a tattooed, pixie-cropped Kravitz of what the name Tiffany & Co. means to her. “It’s an amazing thing to see a brand that can stick around for such a long time. It just becomes a classic.” It appears, given the career and style wins she’s clocked up of late, one could say something similar of the Kravitz brand too. Actress Zoe Kravitz behind the scenes Watch the short behind the scenes video here: Supermodel and activist Cameron Russell behind the scenes Russell wears a tower of Tiffany T Two rings, bracelets and Elsa Peretti Diamonds by the Yard in the campaign Credit: Inez & Vinoodh Fanning appears in three different ad iterations, all with very different takes on her own personality Credit: Inez & Vinoodh Like Kravitz, Fanning (here sporting high-end hair jewels) is the only person to appear in more than one ad Credit: Inez & Vinoodh Similarly, Kravitz’s second ad shows a fresh side of her personality, along with her tattoos and different jewels Credit: Inez & Vinoodh 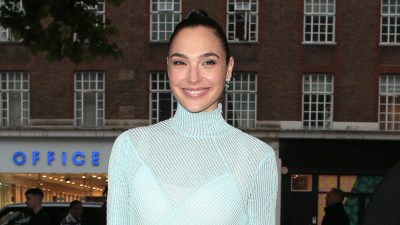 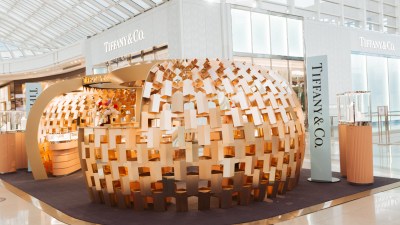