During her five years at Christian Dior, Maria Grazia Chiuri has married the maison’s French heritage with a delicate Italian sensibility. GRAZIA takes her Roman-inspired Spring Summer 2021 collection to Florence, to enjoy a spell under the Tuscan sun 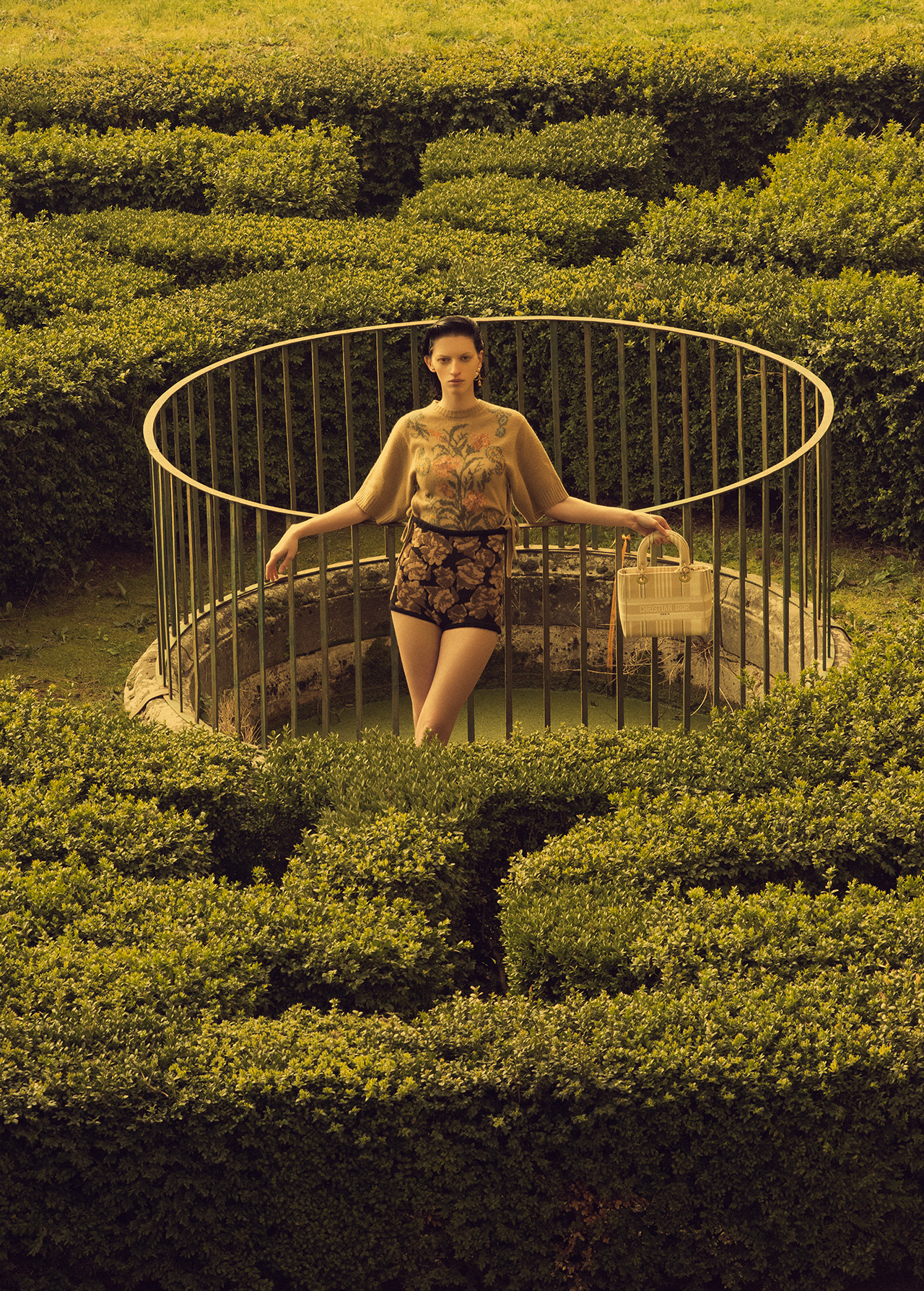 The house of Christian Dior is about as quintessentially French as you can get, up there with nonchalant Gallic shrugs and a penchant for Breton stripes. And yet the brand’s history is inextricably linked with its Mediterranean neighbours in Italy, in a way that far predates its current creative director. Christian Dior himself was a long-time visitor to the country, and was holidaying in Montecatini Terme in Tuscany when he died in 1957. Dior’s successor Marc Bohan found a life-long muse in the Italian actress Sophia Loren, even designing the costumes for her 1966 film Arabesque. And, of course, the great Italian designer Gianfranco Ferré helmed the brand as creative director for almost a decade during the 90s.

The arrival of Rome-born Maria Grazia Chiuri in 2016 marked another chapter in the relationship between Italy and the French maison. The first woman to helm the house, Ms. Chiuri’s tenure has been defined by a focus on female empowerment. One of her earliest hits for the house was the ubiquitous ‘We Should All Be Feminists’ T-shirt, inspired by the essay by Chimamanda Ngozi Adichie, and for many seasons she has collaborated with great contemporary female artists, including Judy Chicago, Penny Slinger, and Tomaso Binga.

“I hope that the brand stays very close with women, and that women feel represented. I don’t want to just create cocktail dresses!” she said in a 2018 interview. “Women should be able to pick clothes that make them feel confident and beautiful, but that they see a part of themselves in.”

But alongside the more overt references to feminism, Ms. Chiuri’s tenure has also been marked by its marrying of Italian sensibilities with Dior’s quintessential French-ness. For her latest haute couture offering, debuted in January, Ms. Chiuri created sumptuous, medieval-style gowns inspired by the Tarot, an Italian tradition dating back to the 15th century. The collection was unveiled in a short film by celebrated Italian filmmaker Matteo Garrone, shot in a gothic castle in rural Tuscany. This followed on from the brand’s hyper-chic Resort 2021 offering, inspired by seaside towns in Puglia on Italy’s south-east coast. Staged at the sprawling Piazza del Duomo in Lecce, the collection unveiled collaborations between the house of Dior and local Puglian craftspeople, including the delicate embroidery on cotton day dresses, and bold prints which covered apron dresses, top-handle totes, and pleated skirts.

That Mediterranean influence was apparent again for Spring Summer 2021, which you see here in the pages of Grazia, shot in the rolling hills of the Fattoria di Maiano in Florence. From the opening look – micro mini shorts in paisley print, worn with Roman-style sandals and an exquisitely printed open kaftan – it was clear that these were clothes best suited to sunning oneself in some sort of chic inlet on the Italian Riviera. Medieval prints found their way onto loose silk skirts and wide-leg cotton trousers, while hair was pulled back off the face with printed silk scarves, giving way to lashings of gold jewellery. 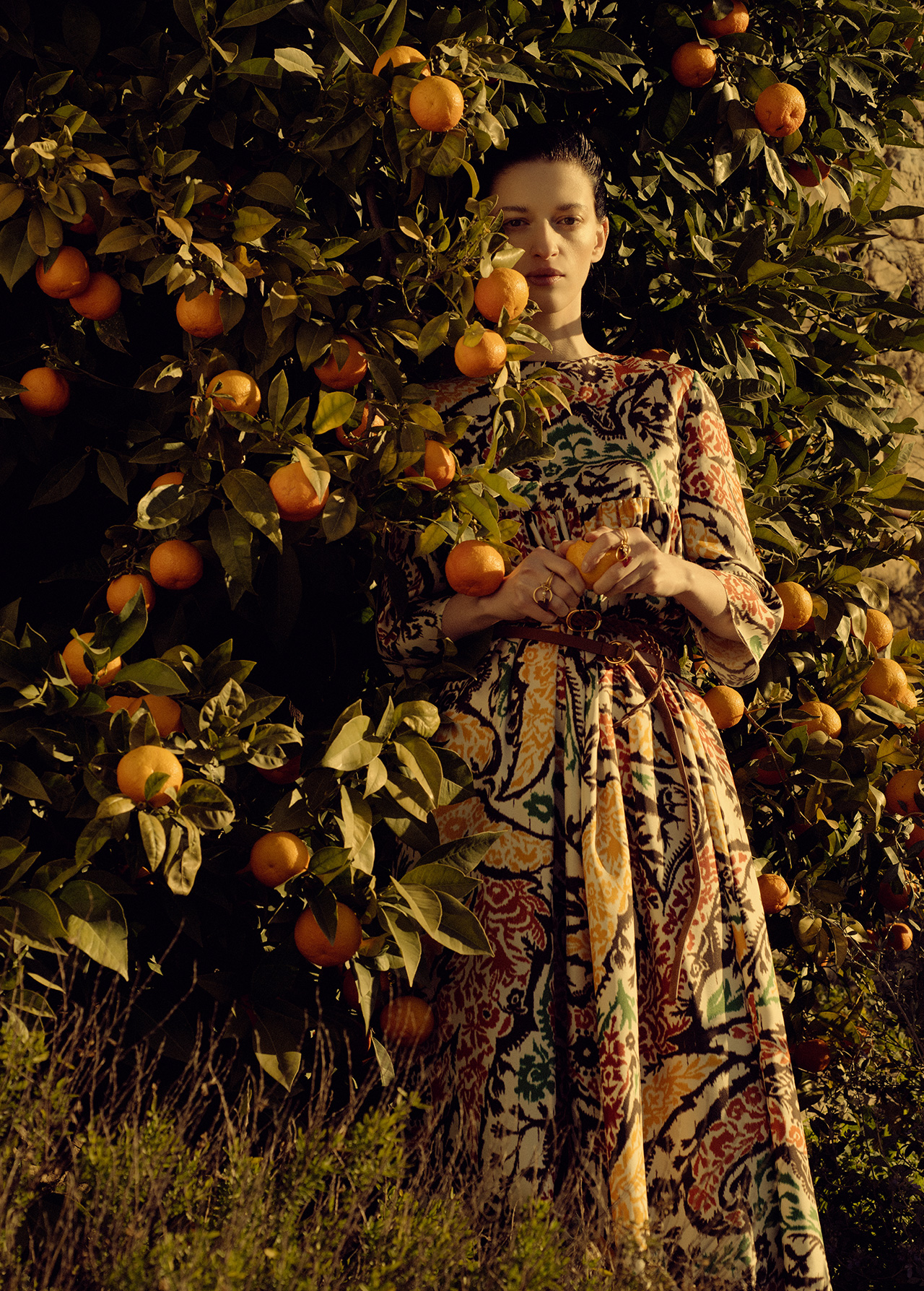 Elsewhere, there were mid-length crochet dresses, fastened at the waist with thin brown leather belts, sheer gowns in rustic shades of clay, and open jackets with remarkable embroidered detailing. “This is very far from the Dior look, because Dior was a couture house. The idea of construction was really stiff,” Chiuri said in a post-show interview. “The most important issue for me was to realise the new Dior silhouette: the jacket with the shirt and the pants. I think that is what really represents the feeling of the moment.”

The collection was inspired by Lucia Marcucci, who was part of the new wave of visual artists working in Italy during the 60s and 70s. Marcucci is best known for her deconstructed collages, which questioned the representation of women in mainstream media, and were greatly inspired by the rise of second-wave feminism. Marcucci isn’t largely known outside of Italy, and Ms. Chiuri used the platform of the runway show (albeit socially distanced and facilitated by livestream) to put her under the spotlight, commissioning documentary filmmaker Alina Marazzi to craft a short film about Marcucci’s work, which was streamed before the runway show began.

“We were subverting what we had to create something new,” Marcucci says in the documentary. “Exploiting the language used by mass media, languages that are accessible to everyone, and then taking them and recomposing them in order to surprise the viewer.” 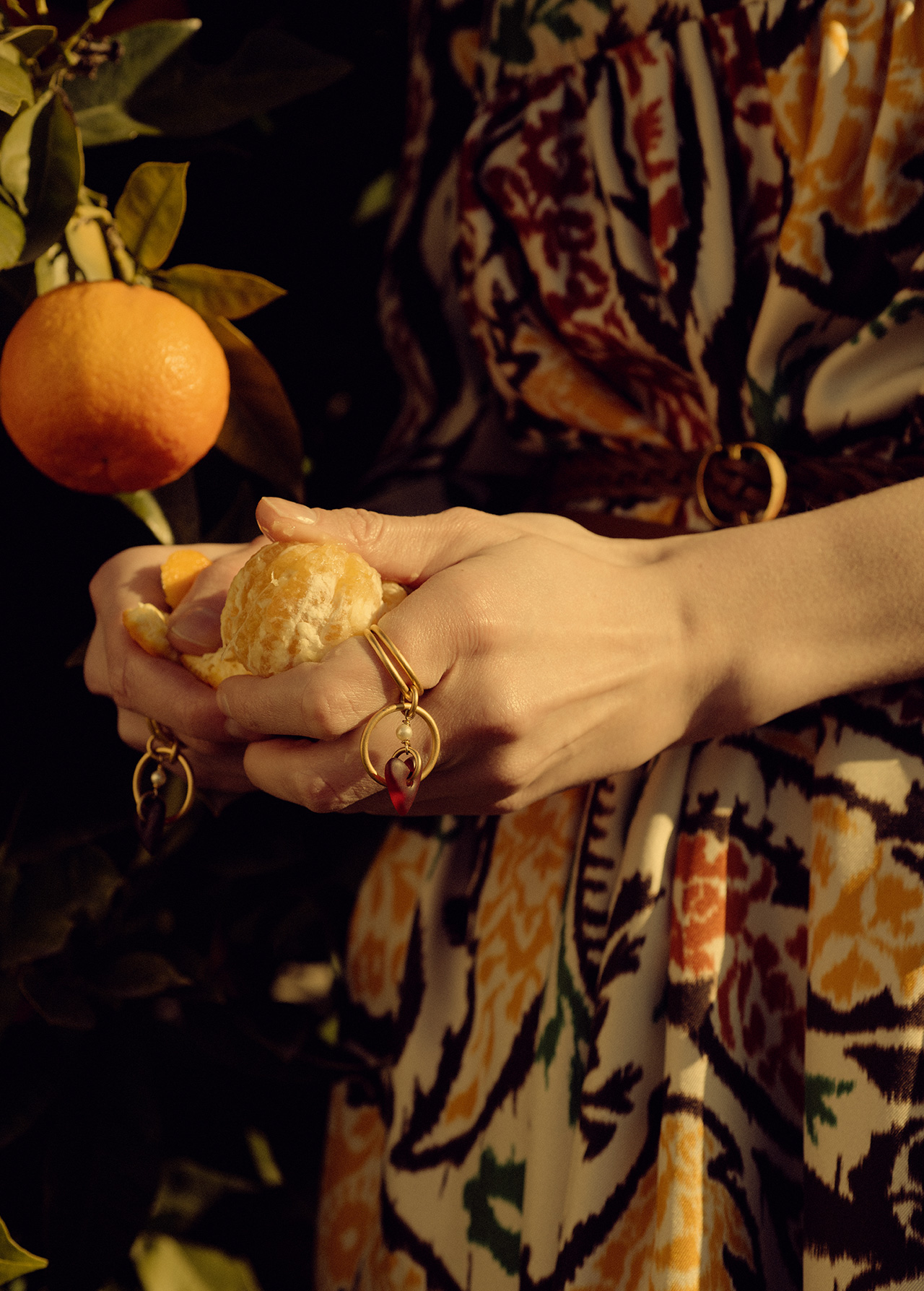 It’s perhaps no surprise that Ms. Chiuri was inspired by the idea of taking composite cultural parts and bringing them together to create something more compelling – it also speaks to the inherent role of the fashion designer. Each season, creative directors are tasked with distilling our current social moment down into a few dozen looks – expected to have an oracle-like ability to intuit what women will want to wear next. For those who do it best, like Ms. Chiuri, the end result is both wickedly complicated and refreshingly simple.

Dior’s SS21 collection represents many things – the global melting pot of influences that inform modern fashion, the partnering of the “stiff” codes of haute couture with the effortless ease women expect from their clothing in the #WFH era. But it also represents something much more basic: our deep-rooted, clawing desire to wear something beautiful while we travel to a place we’ve never been before. These are the clothes we will want to wear when – God willing – we are able to whisk ourselves off on spontaneous international sojourns again. Until that becomes a reality, we’ll settle for the magical escapism of a Christian Dior collection. It is, you must admit, a very good substitute.

“PORTFOLIO DIOR” WAS FIRST PUBLISHED IN THE NINTH EDITION OF GRAZIA INTERNATIONAL. PURCHASE YOUR COPY HERE.