Do You Remember The ‘Thong Heel’?

Well, it's back. But as the humble flip-flop hits new heights once again, are we ready for round 2?

It’s been a big couple of years for ugly fashion, particularly in the world of footwear. Yes, no longer have we been putting our best foot forward, rather, our ugliest, as the ugly shoe has trapped toes in ortho-chic soles and cumbersome tongues for some time now. We’ve been hiking to fashion week in trendy Timberland lookalikes. We’ve sledded through the streets in soles appropriate for snow, yet without a single snowflake in sight (except the faux kind at Chanel Fall ’19). We’ve slid around in Birkenstock-esque slides. We’ve out-kittened the most minuscule ’00s heel. We’ve reinvented the Reef and Teva sandal, with both Louis Vuitton and Chanel chic-ifying the velcro-strapped flatform once confined to dorky camping holidays by the riverside. Heck, we’ve even crossed the rues of Paris in designer crocs, arguably the ugliest shoe of all time

Even the classic mule took an ugly turn, with Céline heralding a style that, to the untrained eye, seemed more straight jacket than stylish. Céline’s aptitude for unsightly yet painfully cool footwear remained steadfast during the Philo-years, also taking form in the Pirate sandal, a kind of clunky part flip-flop, part-mule which covered only the big toe leaving the rest of the foot exposed and those with slightly wider feet to suffer a severe case of toe overhang (the muffin top of the podiatry world), which even Philo herself fell victim to.

And while the return of the gladiator sandal and the spindly stiletto has restored a sense of sexiness in footwear, we have not eschewed ugly. The latest instalment is the thong heel (no, not the kind Sisqo was singing about). The thong heel, or flip-flop heel, is just like your regular Havaiana – but raised. And while it doesn’t entirely exist in ugly land, still possessing a sense of sex appeal, the slip-on style maintains a relative amount of popular loathing (probably because it stirs a kind of bad 90s nostalgia). 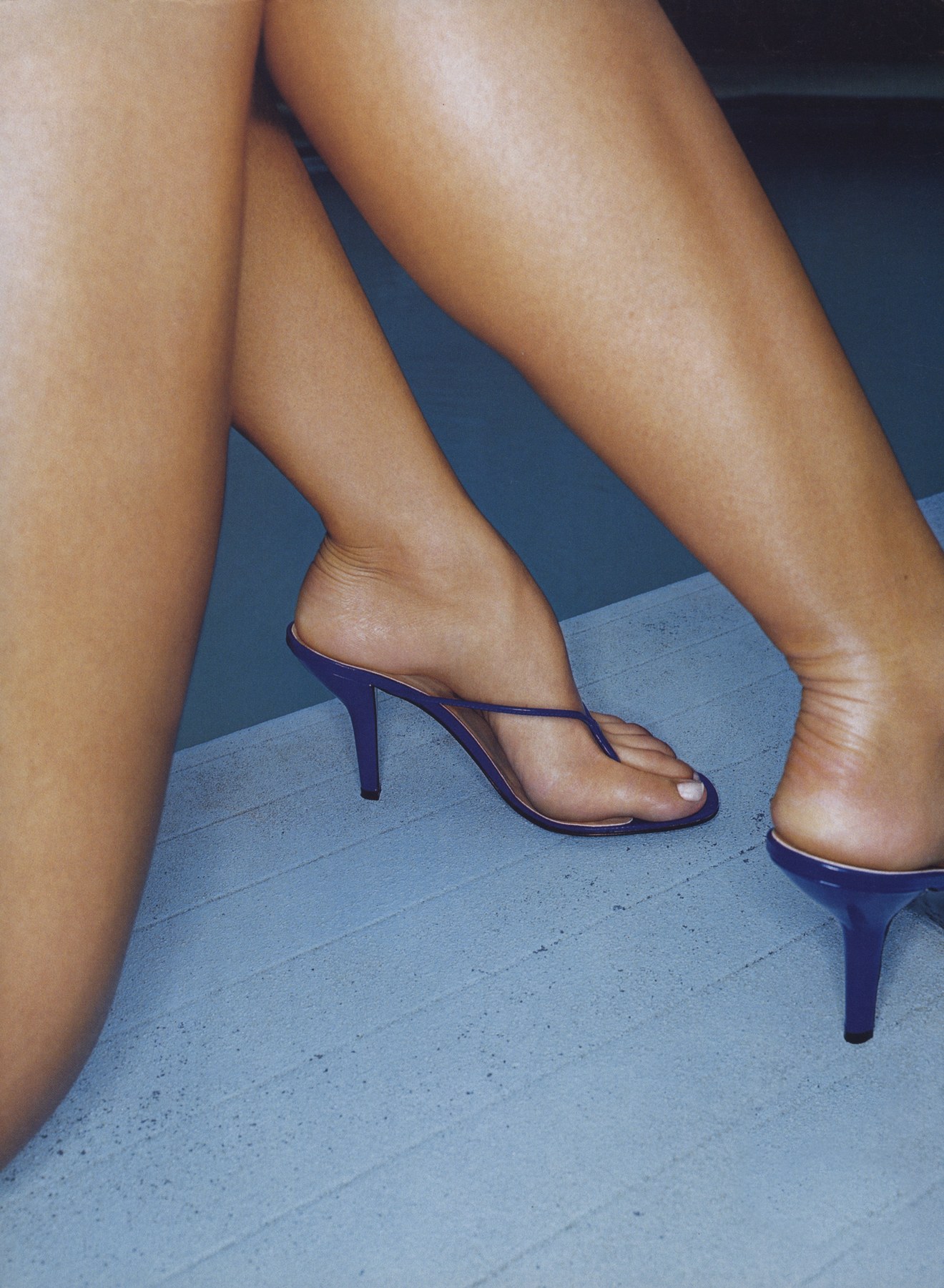 Last year, Kim Kardashian West stepped out all lycra-clad, goggled-up with a pair of pillowy thong heels from husband Kanye West’s Yeezy line. It was like the Havaiana had a baby with the Balenciaga Pillow Slide; a thong strap so supremely puffy it seemed Kim’s feet were really enjoying themselves. This season, Yeezy hybridises his thong heel with the glass slipper, bringing a certain kind of Cinderella to the style with his favourite treatment: perspex. 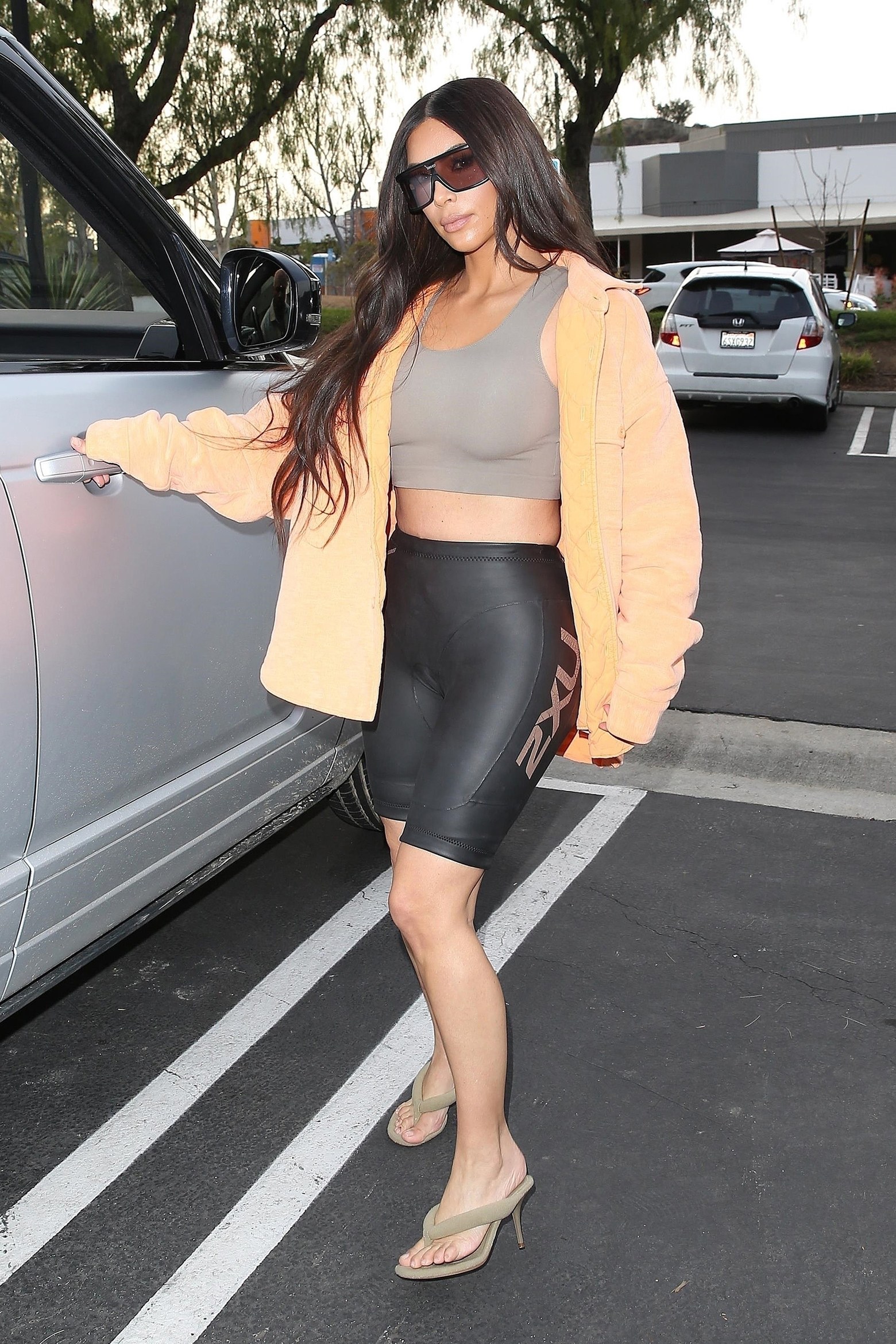 And it’s just one example of the style’s fashionable homecoming. Designers from all walks of design are going toe-to-toe for the thong heel. Adding footwear to their cult denim and ‘Lunch Bag’ line-up late last year, LA label Simon Miller chose a ’90s aesthetic to first step into; choosing a lacquered, multi-coloured thong heel to lead the charge. 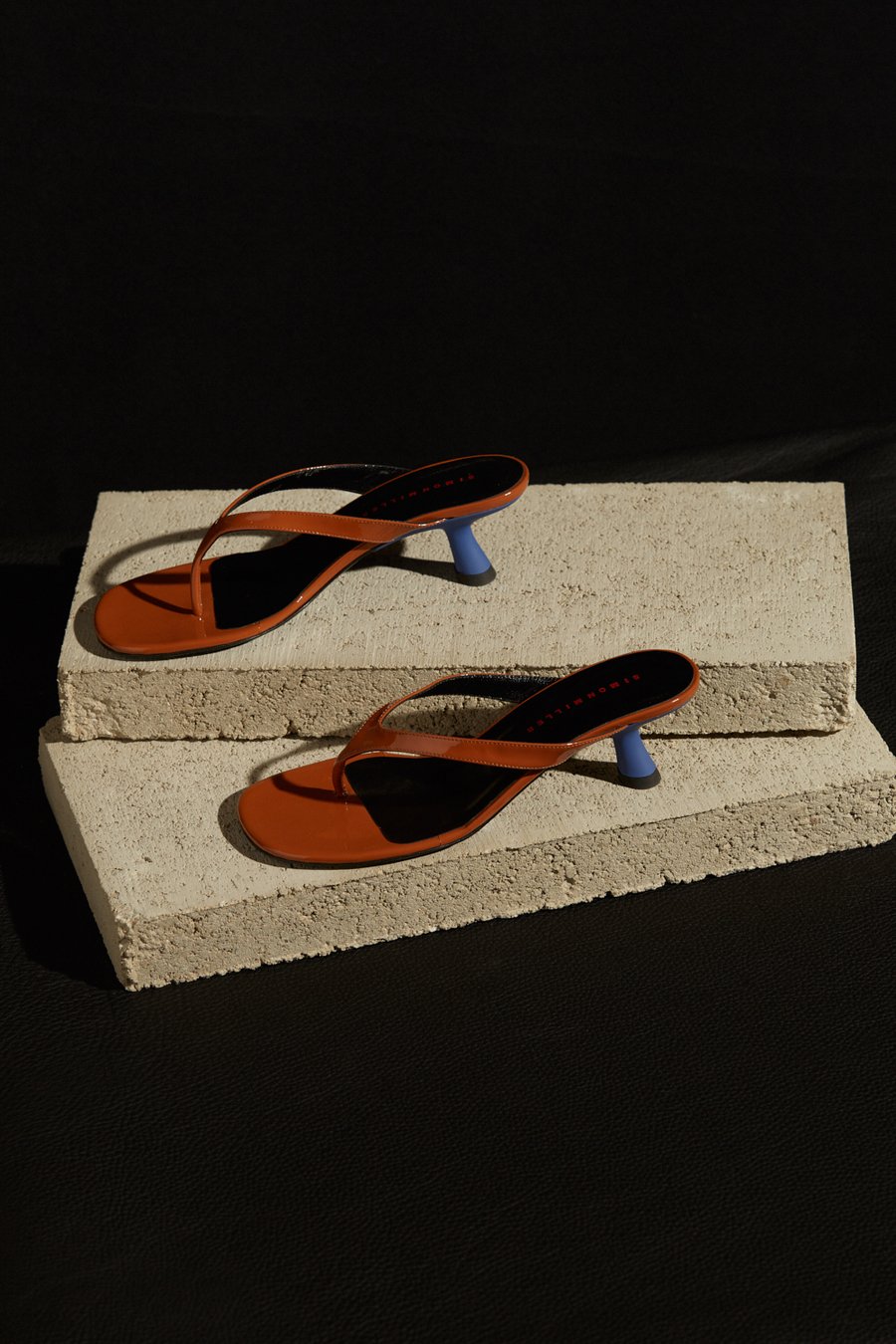 While pedlars of chic, Totême, have teased their Flip-Flop Heel on Instagram, and, as you would imagine, is as beautifully refined as their matriarch Elin Kling; a simple, slender kittened sandal in patent black.

The high street have also come to the toe party (rather brashly, as they always do) wielding elevated flip-flops in neon hues, with Zara indulging the neon trend concurrently with a pair of fluorescent yellow sandals best teamed with neutrals. 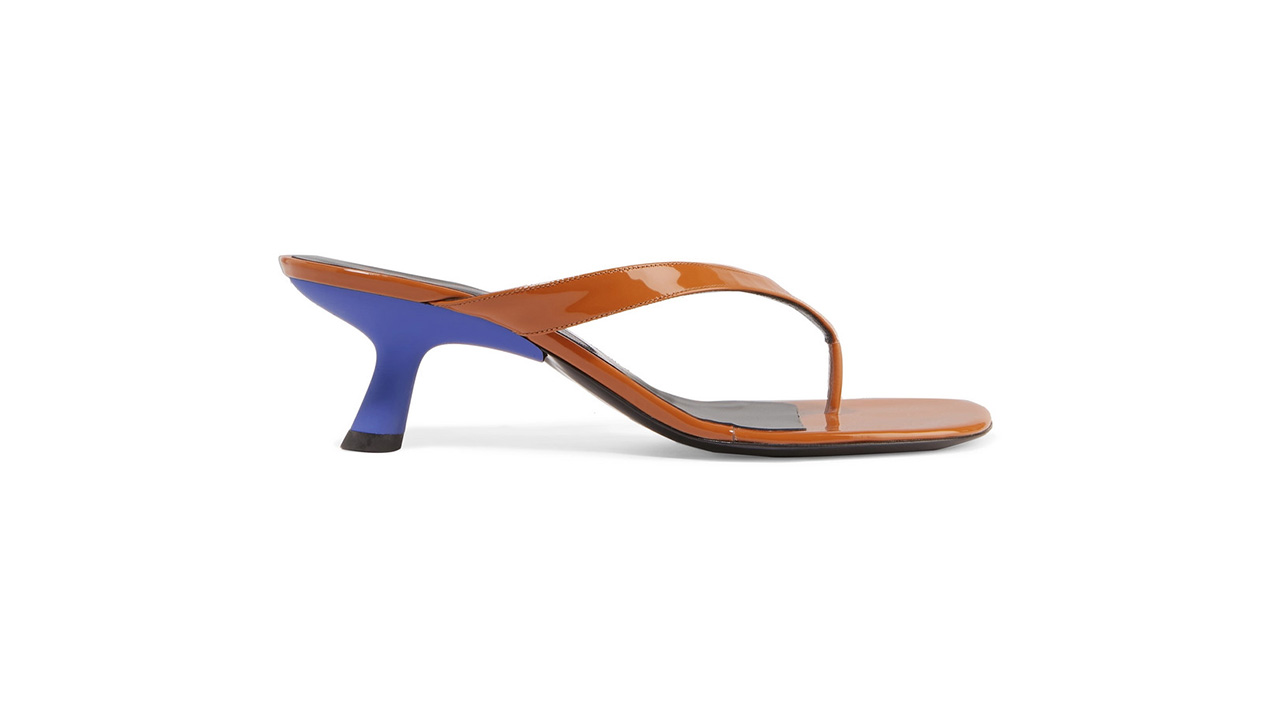 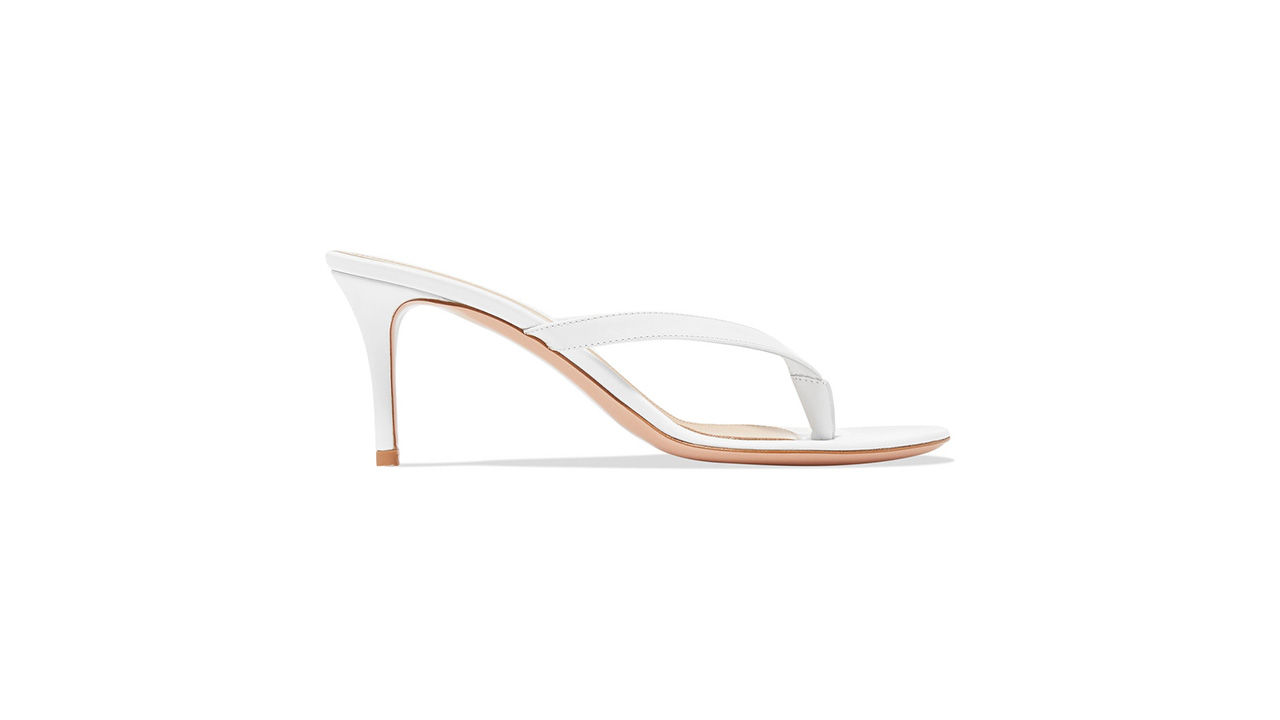 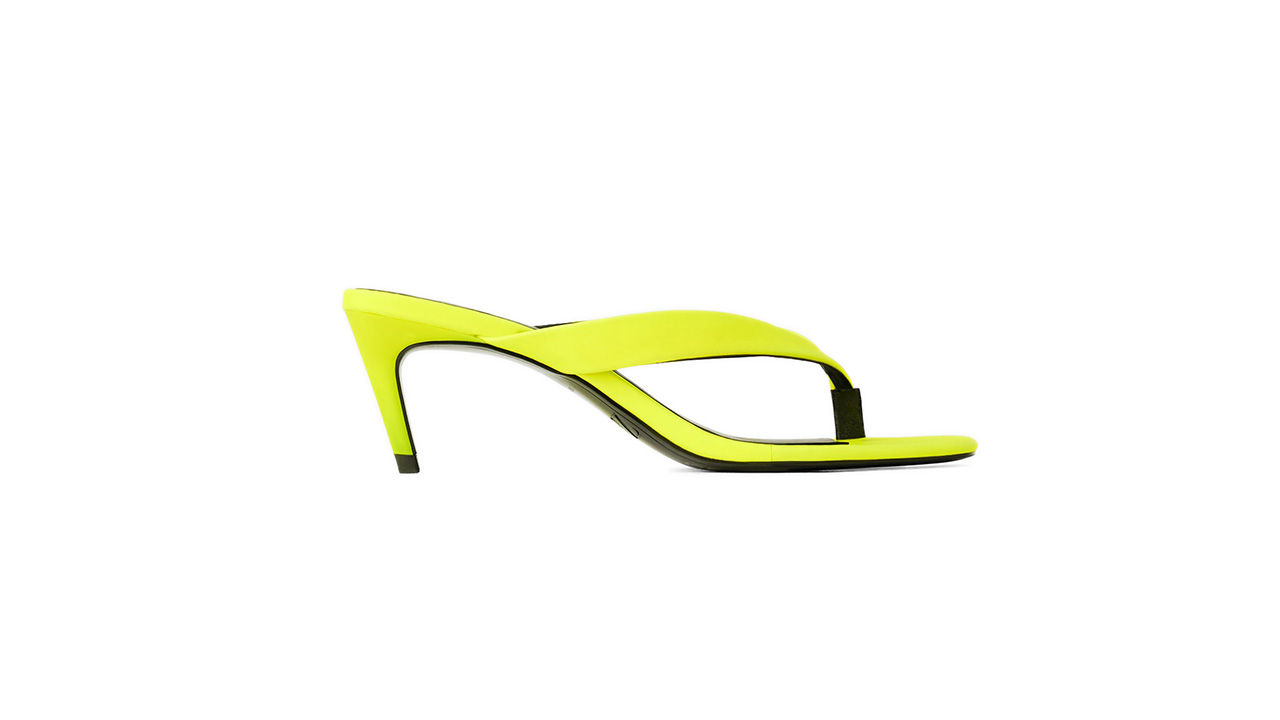 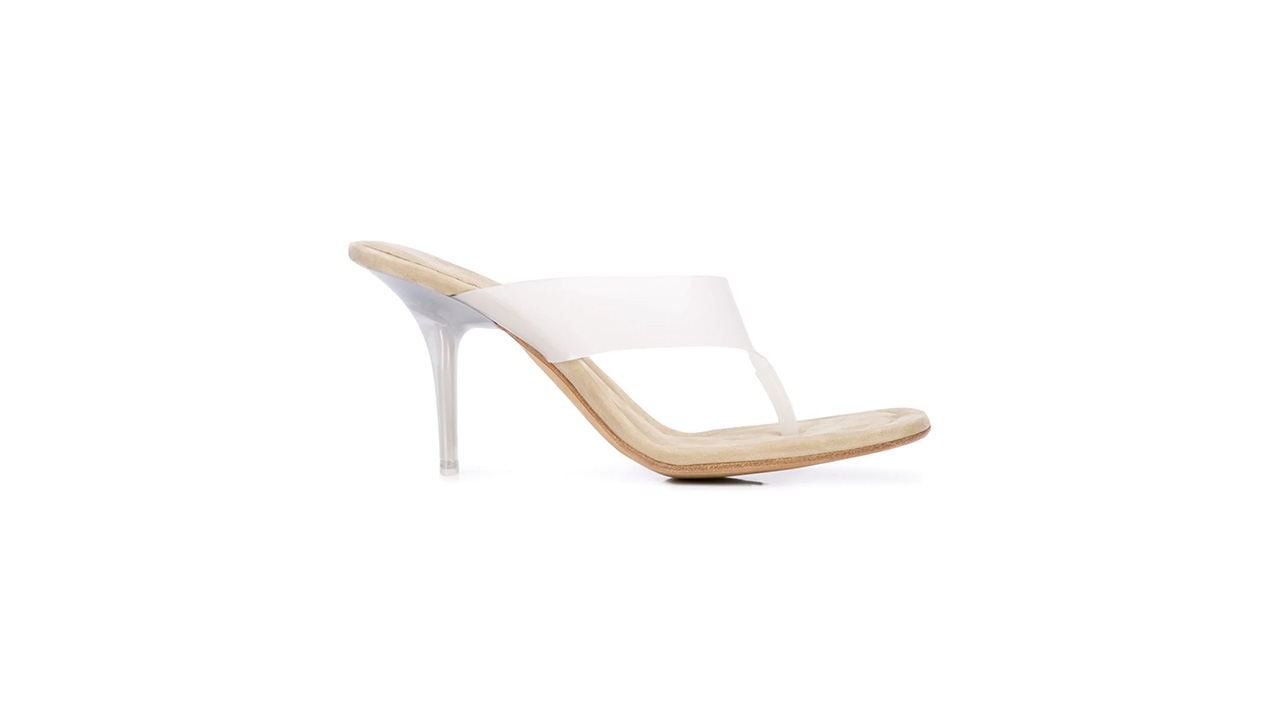 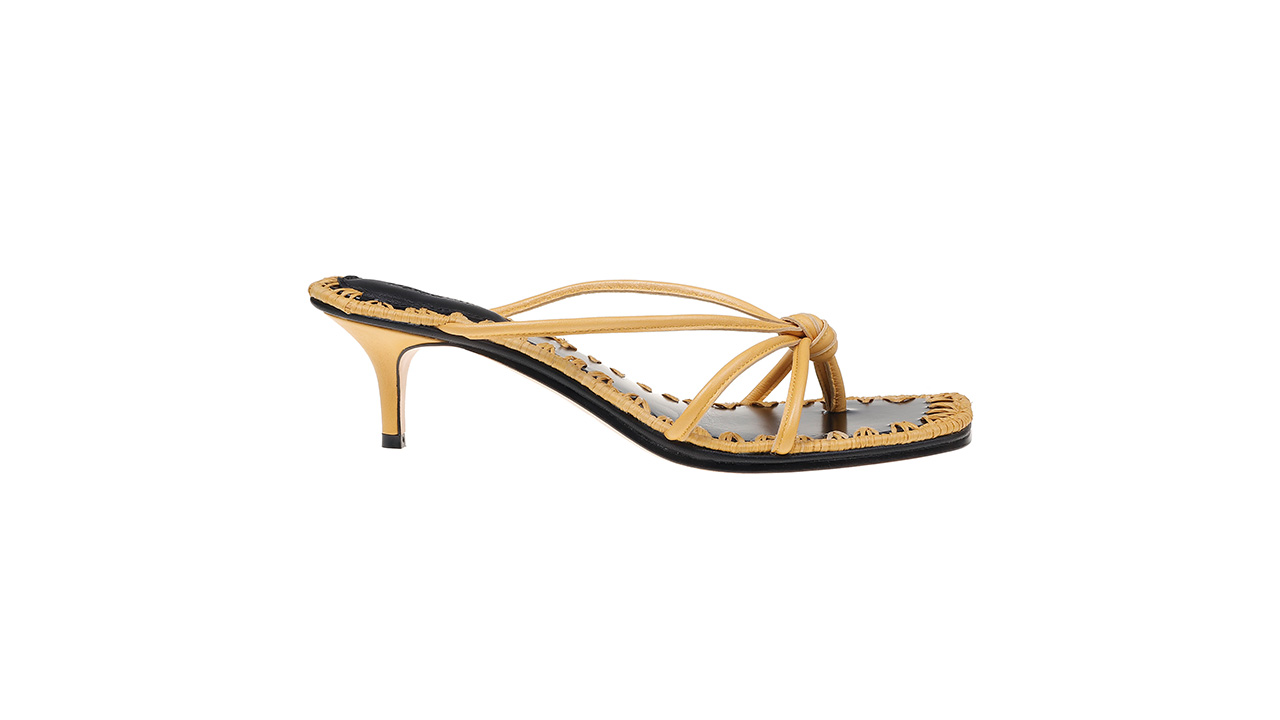 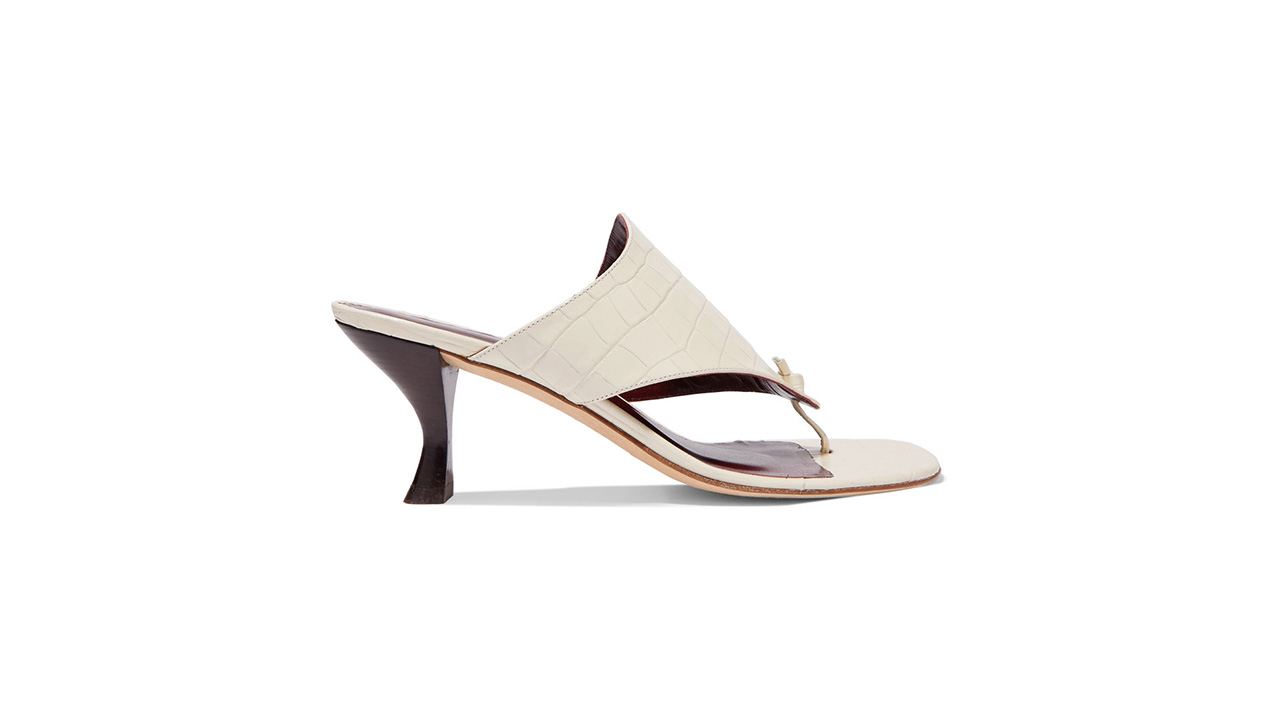 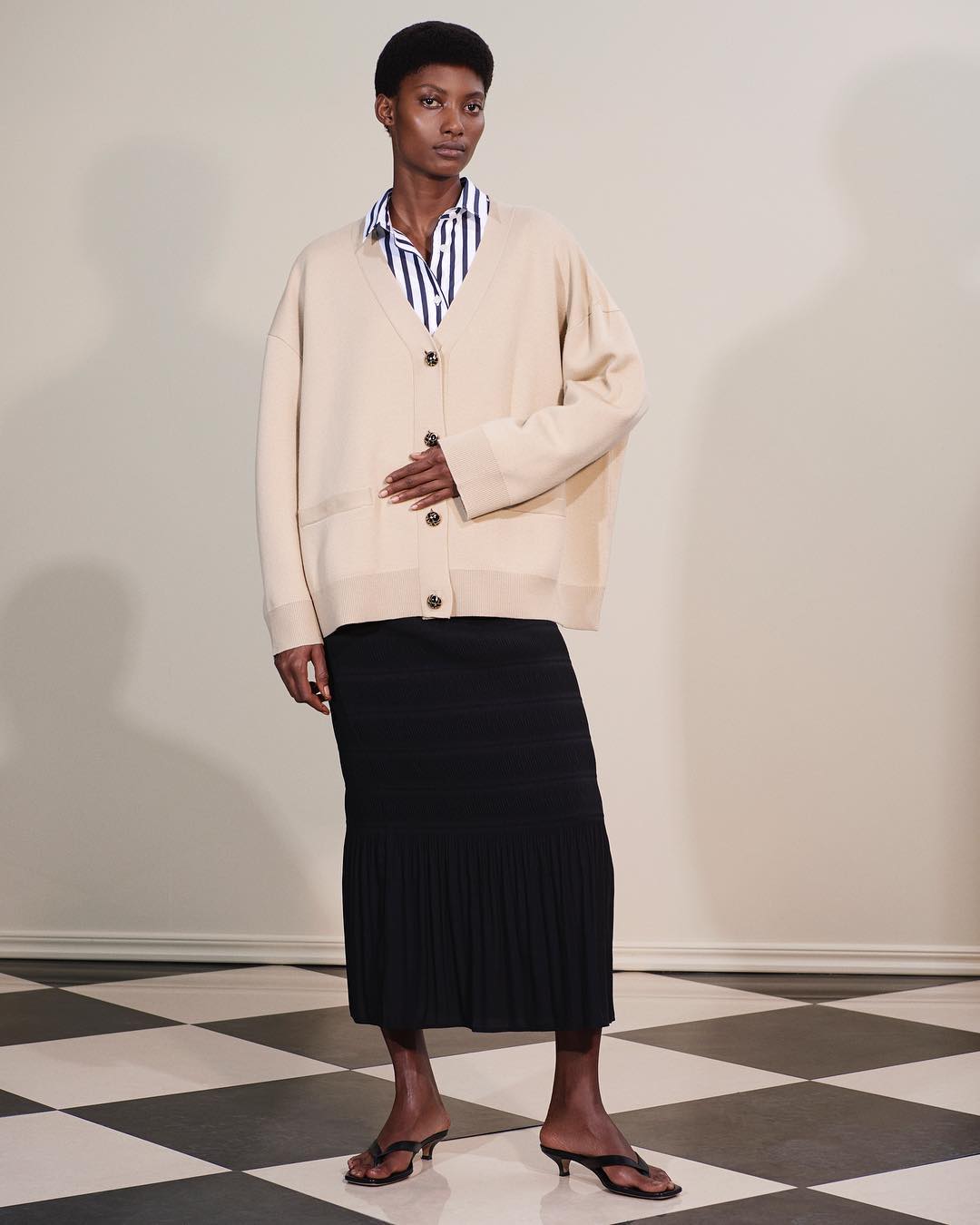