I’m not really one for fast cars. The only thing I know about the Formula One is that former Pussycat Doll Nicole Scherzinger dated a driver, I don’t feel the need for speed and, contrary to what the opposite sex may believe, am not “turned on” by the obnoxious growl of revving engines. In fact, I hate it. So when I was first presented with the opportunity to take a Maserati away for the weekend, I was pleased, but not over-the-moon, Chester-cat-kind of chuffed. Sure, I was smug telling my motor-happy friends of my auto acquisition, but truthfully, it was more a front. I really wasn’t that bothered. That is, until I saw her.

Arriving at the Maserati dealership with my partner, who was admittedly more excited than me, a surge of excitement washed over me. A pang of exhilaration. There she was, the 2019 Maserati Ghibli GranSport. Seeing her in the flesh; her perfectly glossy body, her impeccable leather interiors, her super smooth computer skills (no glitches here!), I was suddenly in awe. I was, finally, excited. She was perfect.

Before zooming off into the sunset, a quick once-over with my slightly nervous Maserati master ensued. Sensing his nerves, I thought I’d start with a joke. “Now, which one’s the brake?” Sweating, he laughed, anxiously. But I truly compounded his fear when I informed him I’d only just got my licence and this was in fact the first time I had been in the driver’s seat (solo). The sweating intensified. But it wasn’t just on his end, I too was feeling nervous. A slight upgrade from my beaten-up Corolla (which features a gargantuan dint from a never-attended-to bingle), sitting in the insanely plush full-grain Pieno Fiore natural leather in one of the most formidable cars on the planet conjures some feelings of anxiety. At its first rev, I felt my heart skip a beat. OK, maybe now I understand the need for (safe) speed.

But instead of fanging around the streets of Paddington at 50km per hour, I decided to stretch out her legs on the long, vast Pacific Highway that leads to Bannisters in Port Stephens, my destination of choice for this fine vehicle (nothing but the best for my baby). Cruising down the freeway, Stealers Wheel ‘Stuck in the Middle with You’ blaring through the Bowers & Wilkins Premium Surround Sound System (15 speakers, a 1280W amplifier and perfectly-configured QuantumLogicTM Surround, if you don’t mind), sun shining, I thought, this is the life.

But perhaps the best part (or safest part) were her adaptive driving features, just the thing to combat my questionable driving skills. Like a glorious safety net, the Integrated Vehicle Control (IVC) function is incorporated in the Maserati Stability Program control for enhanced active safety and driving dynamics, meaning my suspect steering had a kind of on-road insurance. Veer a little the right, and its clever Lane Keeping Assist keeps the car centred in its lane with direct input to the Electric Power Steering, while the panel display shows your specific lane status.

Then there’s the Highway Assist (very apt for my trip). A “hands-on” function intended for use on highways or limited access freeways at speeds up to 145 km/h, it reduces driver fatigue and consequently enhances active safety by allowing the car to keep itself centred in its lane and adapts its pre-selected speed in full autonomy. 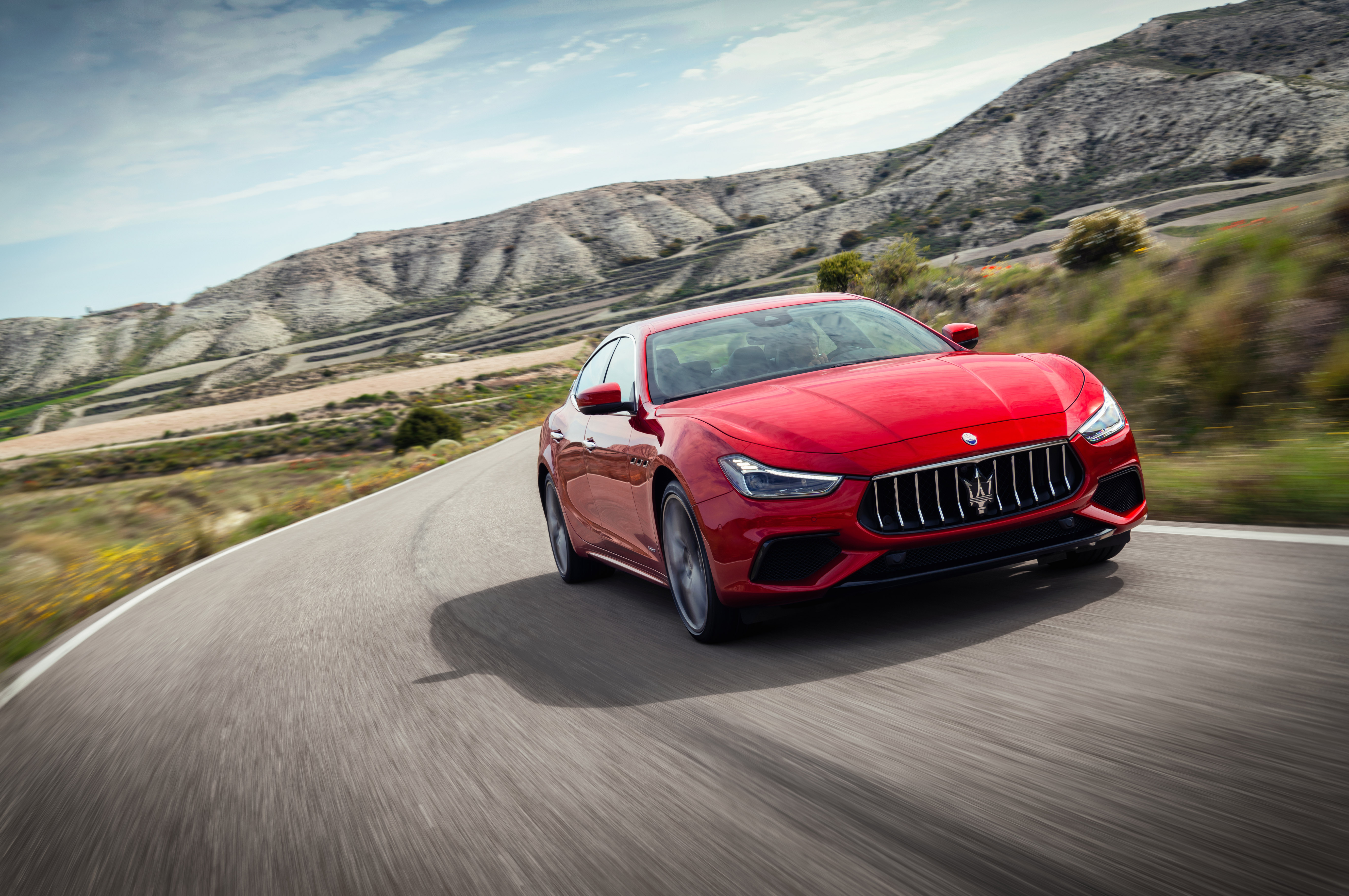 But my favourite driving feature was the Active Blind Spot Assist. Blind Spots are forever a hazard when on the roads, but the Maserati Ghibli has a system that attempts to prevent a collision during lane change by using two radar-based sensors to monitor blind spot areas, which provides a LED and acoustic warning if in danger. Incredibly, ABSA communicates with its Electronic Stability Program to intervene with steering torque and prevents a possible collision.

Sports cars have long been synonymous with speed, not luxury, but the Maserati Ghibli is proof that both can co-exist, and spectacularly so. While I’m unbothered by pace, I do have a taste for luxury, revelling in luxurious interiors, good wine, great coffee and the like. Sitting inside the Ghibli feels akin to staying at a 5-star hotel. It’s the car equivalent to French champagne, diamonds and designer shoes; its chassis has been engineered in such a way that it can maintain dynamic performance and go the distance but in pure palatial comfort. I could quite literally sleep inside and be happy, such was its sumptuousness.

Aside from being at the helm of this mighty machine, perhaps the best feeling of them all was seeing the once horn-blowing, ogling opposite sex weak at the knees, crooking their neck at break-neck speed just to get a look (how’s that for a little role reversal?) While I don’t think all men act in this way, and of course many women drive fast cars, there’s some pretty hefty research to suggest such standards exist in the auto industry, and it sure felt good to rattle those normative gender standards – even if it was just for a weekend.

As for the fast car thing, let’s just say the Maserati Ghibli has me singing – or driving to – a whole new song. 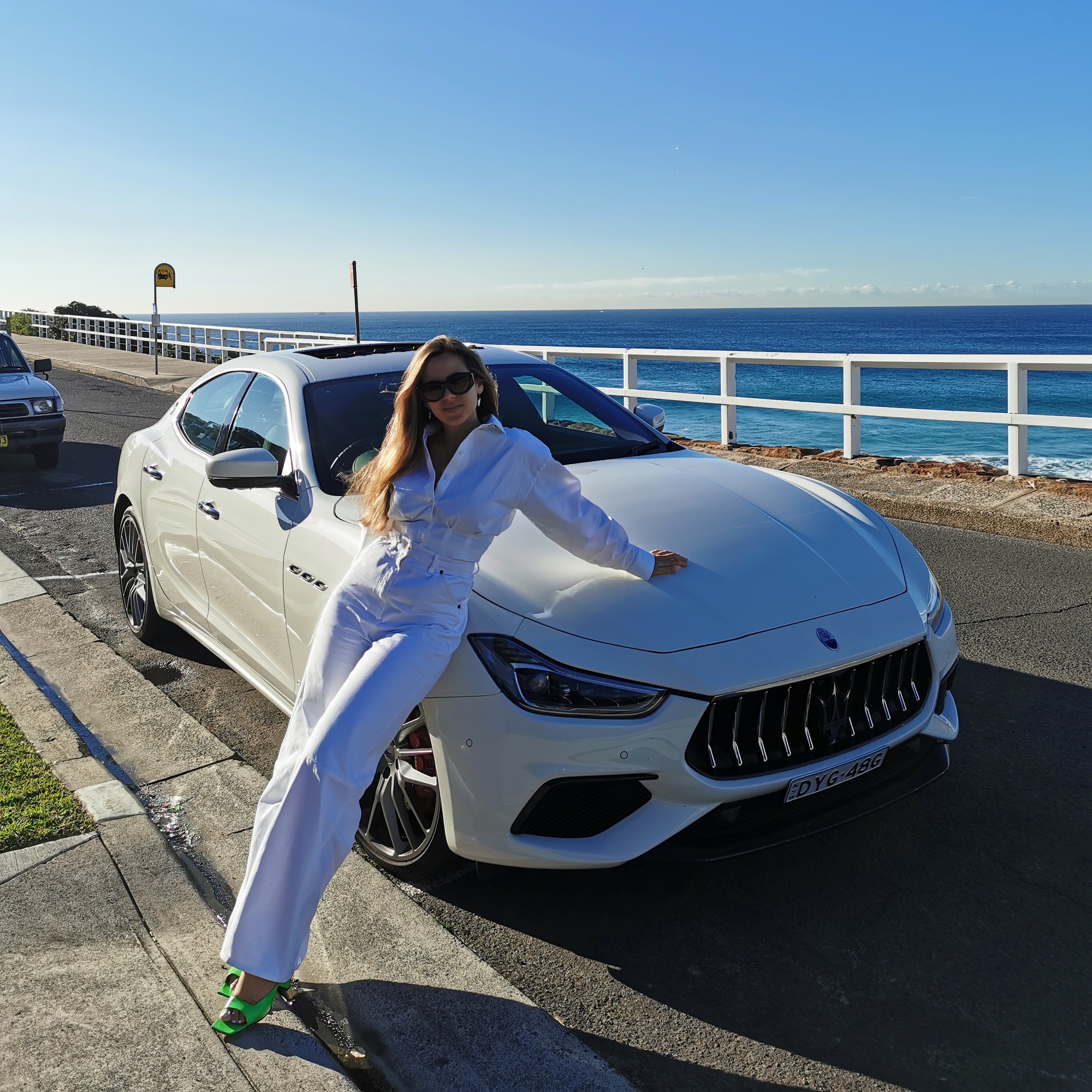 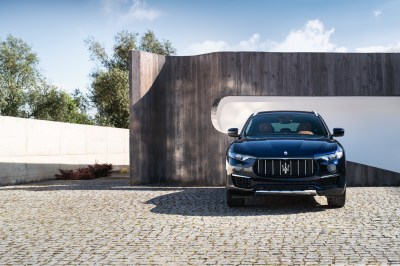 The Italian Job: How To Unexpectedly Fall In Love In A Maserati Minute
Next page