Tom Ford has been voted chairman of the Council of Fashion Designers of America (CFDA). The appointment sees him succeed Diane von Furstenberg who held the position for 13 years. In a statement to Business of Fashion, Ford said he wants to spotlight the trade association and will bring to the table an international point of view.

“Coming back from Europe, what’s stunning to me was the isolation I feel here. I feel that America is one of the most isolated countries in the world. We’re very inward looking,” Ford said. “What American fashion needs to become in order to be more relevant in the world is to think of itself as not just American but as international.”

Of his new appointment, von Furstenburg said: “I am so excited that Tom Ford has agreed to come and lead the CFDA. American Fashion could not wish for a better visionary to further grow its impact in the global landscape. Tom is a role model for all of us, and we are very lucky to have him as the next Chairman of the CFDA.”

However, Ford’s moment has been sidetracked with a rumour he said less-than-favourable things about the First Lady of the United States, Melania Trump. “I have no interest in dressing a glorified escort who steals speeches and has bad taste in men,” read the exact quote from the The Fashion Law. Tom Ford, the brand, released a statement calling the quote completely fabricated. “In reference to a fictitious statement attributed to Mr. Ford regarding First Lady Melania Trump: ‘This is an absolutely fabricated and completely fake quote that somehow went viral. Mr. Ford did not make this statement; it is completely false,'” read a tweet attributed to a Tom Ford Spokeswoman.

“Never! Never, ever, ever, have I said that Melania was an escort,” Ford himself told WWD.

With that out of the way, let’s get back to congratulating Ford. 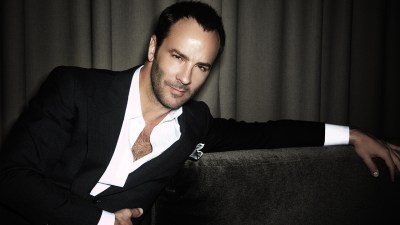