Some of Harry’s family members couldn’t hide their shock 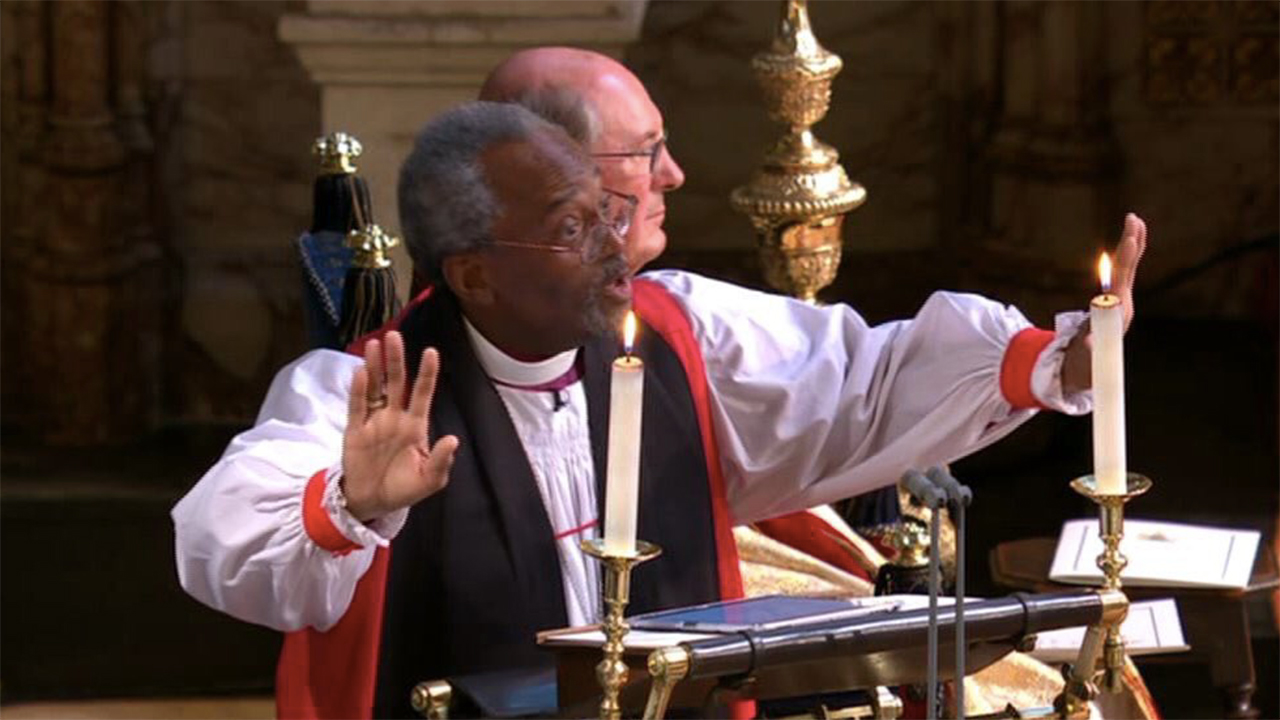 Prince Harry and Meghan Markle’s wedding ceremony broke royal traditions in many ways, from her partly solo walk down the aisle to a gospel singing performance.

But apparently what surprised the royal family the most about the ceremony was Bishop Michael Curry, the American preacher who gave a long and passionate sermon.

Bishop Curry’s talk was a little different to what they’re used to, from the length, to the impassioned way of speaking to the topics covered – and it showed.

Prince William was shown trying not to laugh (quite possibly at what his older relatives might make of it). The only way to describe how Camilla Parker Bowles looked is shook – and Kate Middleton made sure to give her some side-eye.

Royal reactions to that preacher are my new fave genre of TV#RoyalWedding pic.twitter.com/mwSDaQsc60

Harry’s cousin Zara Philipps stared with her mouth open, and Princess Beatrice looked around as if she had to double check she was indeed at a British royal wedding.

HERE IS A GIF OF ZARA’S FACE AT THE PREACHER YOU’RE WELCOME BRITAIN #RoyalWedding pic.twitter.com/ZxpKpqRECR

The exact moment Princess Beatrice thinks to herself, “I’m so booking Michael Curry for my wedding. Boom!”#MichaelCurry #RoyalWedding pic.twitter.com/a3yraeyQ6e

The charismatic speaker’s focus during the speech was on the power of love.

In what might have been an uncomfortable moment for the descendants of colonialists in the room, he discussed how slaves in America’s south “sang a spiritual, even in the midst of their captivity.”

Towards the end of his sermon he assured anyone struggling to focus that he was almost done, saying “We gotta get y’all married”, which elicited laughter from most of the chapel, including Harry and Meghan.

After the ceremony, Harry and Meghan rode in a carriage to St George’s Hall for a formal reception. Hours later they reemerged, having had an outfit changed, and drove a vintage Jaguar to nearby Frogmore House for a more intimate affair.

See all the best photos of the royal wedding here.