The New Season Accessories To Get Excited About From Milan

Milan again proved a glamorous haven which percolated some spectacular fashion for the Spring / Summer season ahead. Along with the fantastical frocks, strong suiting and formidable print, the Italian city also birthed some mighty bags, shoes and accessories to animate what’s shaping up to be a spirited, graphic summer. From peaked gelato pageboy caps to glistening crystal pumps, here are the best bags, shoes and accessories to look forward to for the season ahead. Bellissimo!

Prada’s Shell jewels
Pearls have been a regular fixture in fashion circles, but this bulbous, pearlescent shell choker and earring set from Prada exalts the trend with newfound fervour. As if they’d just been unearthed from the ocean, it was a spectacular example of seraphic treasure best enjoyed with blissful simplicity, like the mottled marle knit it was paired with on the runway. The supple origami bucket hats were also a hit.

Stuart Weitzman’s Plume-Trimmed Stilettos
What’s better than a cocktail of Caribbean-inspired Stuart Weitzman stilettos trimmed with plumes? Nothing, of course. The celebrated footwear designer presented a tropical collection in Milano which evoked faraway places we’d all rather be. 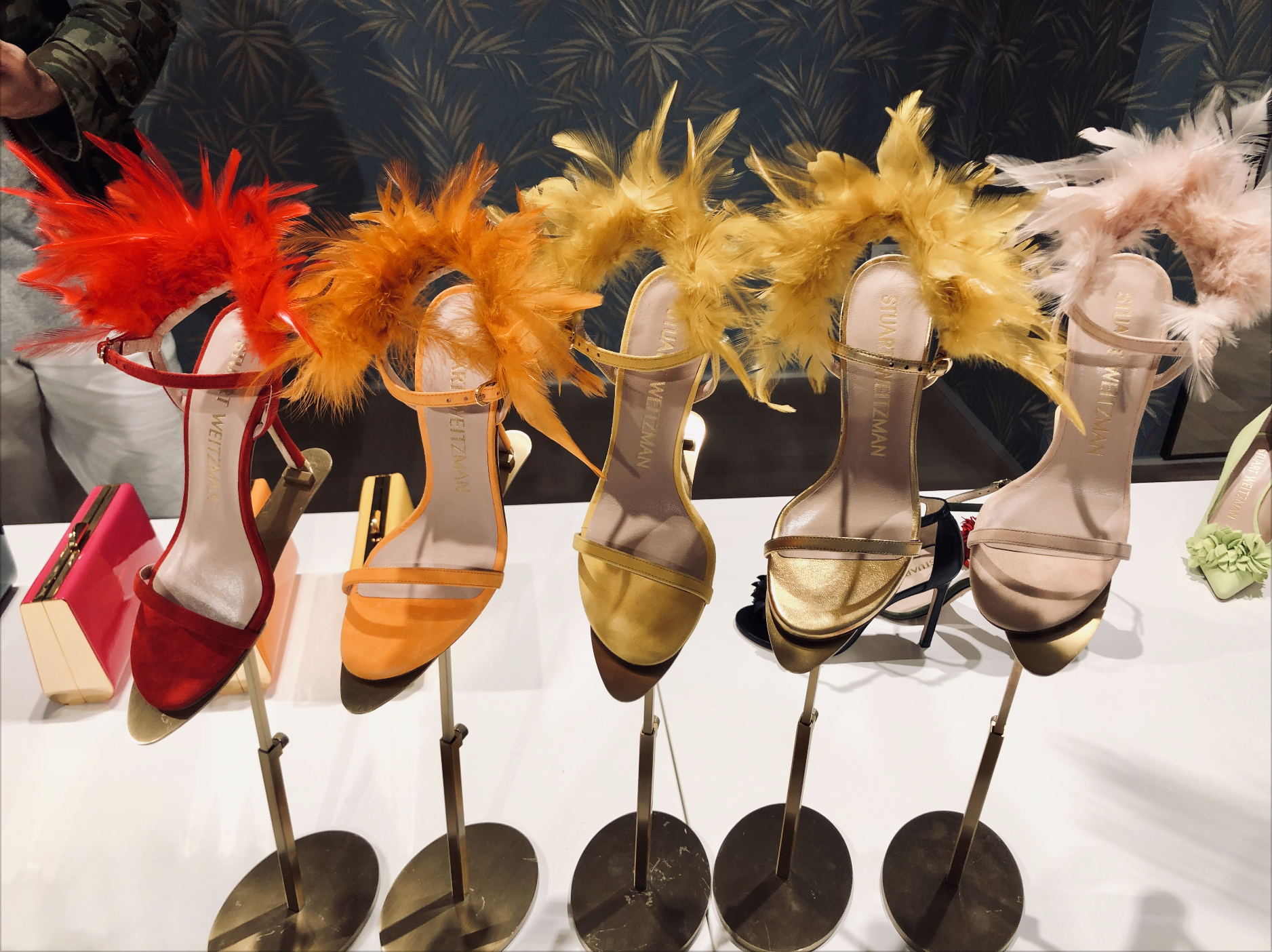 Bulgari’s serpenti bags
Following on from a stellar collaboration with Alexander Wang, esteemed jeweller, Bulgari, continue to hone their deft craftsmanship with leather goods, too. Case in point: the new Serpenti Micro Diamond Blast. Tapping the tiny bag trend while feeling completely fresh and novel, the Serpenti Cabochon combines exquisite artistry with prized skins, ultra-soft quillitng and precious embellishment for a tiny tote you won’t want to put down. 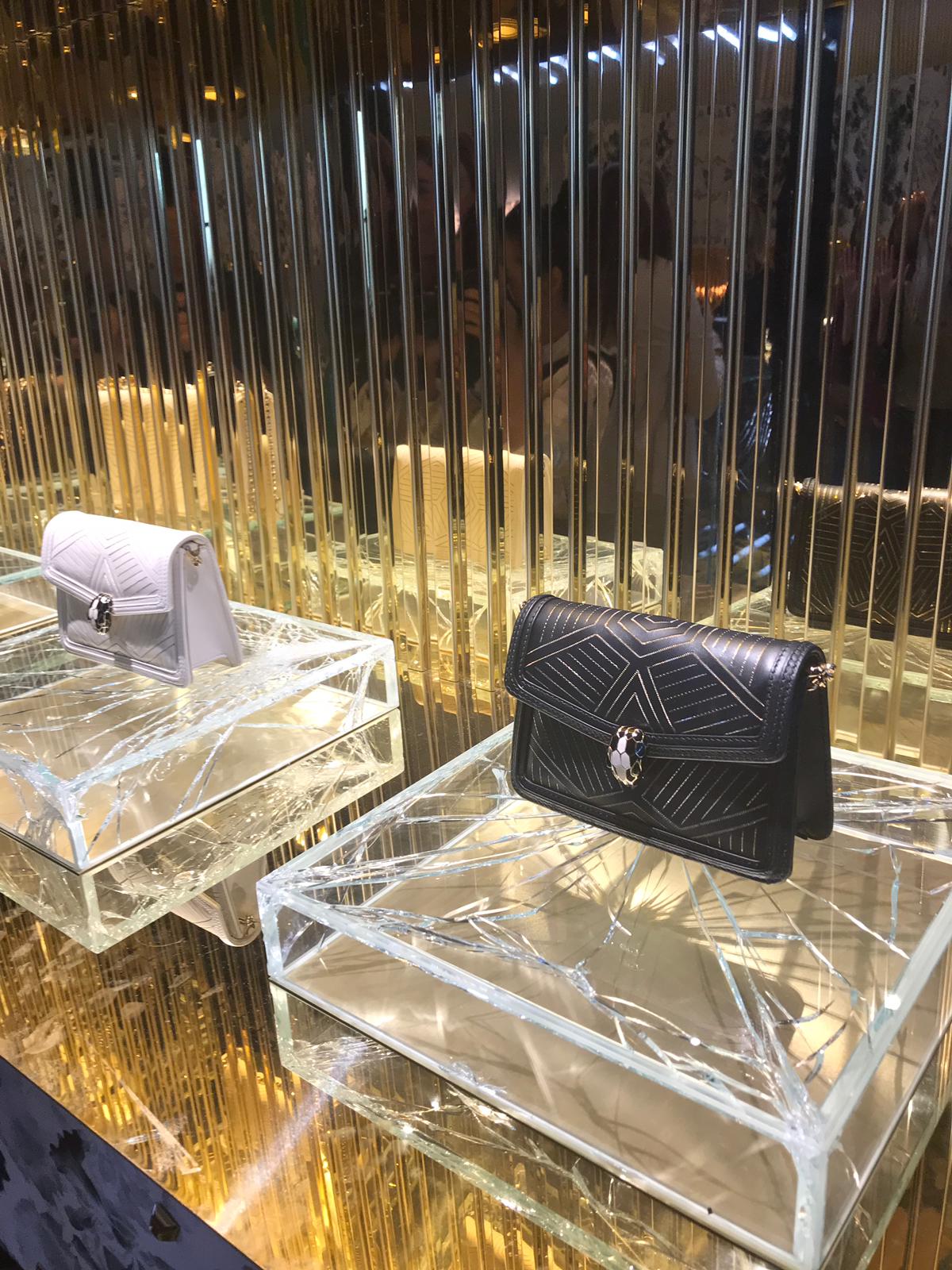 Giorgio Armani’s Belts
This season, Mr Armani took a shining to transparency, with fluid fabrications and perspex playing out in both his signature collection and his Emporio Armani line. Our pick is this oversized powder blue belt with equally oversized perspex buckle, a fixture to fawn over. 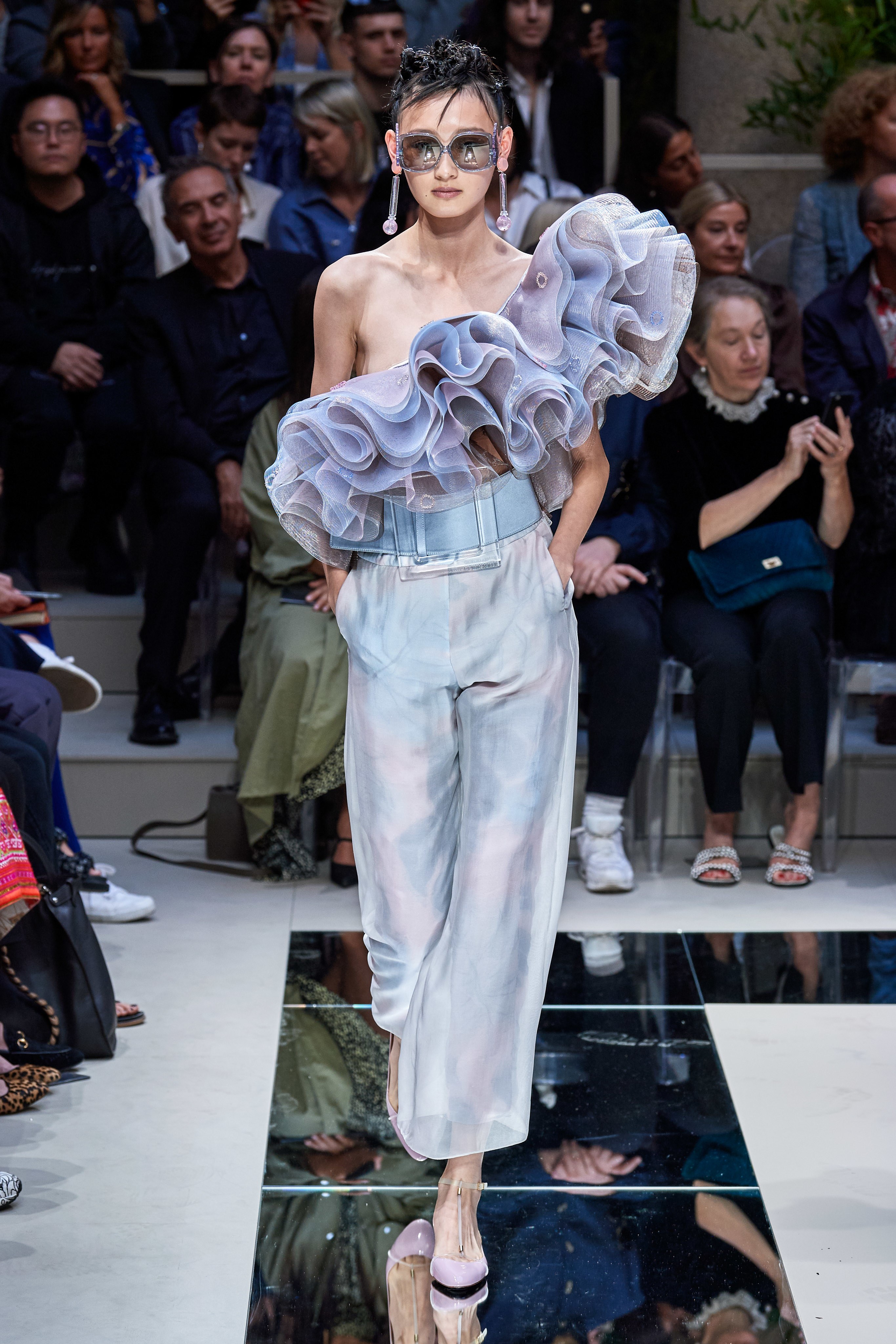 Bottega Veneta’s Everything
Impossible to pick just one accessory from Daniel Lee’s superb collection (although the mirrored crystal pumps and highlighter hues were a highlight), Lee once again asserted his aptitude for all-conquering bags and shoes. Refraining from slathering obnoxious branding over its prized intrecciato, Lee goes about his business with a quietude unlike his Italian peers. Instead, he presented a collection which was equally as bold – but tempered it with the kind of savoir faire typically seen in Paris. As the saying goes, if it ain’t broke, don’t fix it, and Lee delivered more of the same; a fresh crop of bags and shoes which will no doubt consume the fashion crowd once more.

Fendi’s fantastical retro bags
It’s difficult to discern which of Fendi’s Spring 2020 bags will be the biggest hit. Why? They were all just so good. Up close, their intricacies and deft craftsmanship remain a feat unknown; fur-trimmed, fringed and woven, we have a soft spot for the retro floral Baguette, vintage clasp bag in chartreuse and micro beaded pouchette.

Missoni’s Woven Take on Wicker
Natural wicker bags took form on Missoni’s kaleidoscopic runway, but the natural texture was treated with the brand’s famous zig zag and stripe, both woven into the wicker and deftly wrapped around handles. The finishing touch? Fresh booms. To market, to market!

Marni’s Singular Giant Hoop
As always, Milanese brand Marni delivered an artful explosion of colour and print, which was in fact what designer Risso described a “joyous protest” to the climate change saga. A wonderfully forward-thinking collection which put sustainability in the spotlight; the singular, Herculean hoop earring which dangled from model ears was a high point.

Gucci’s sunglasses and oversized chains
Alessandro Michele’s world shifted slightly, as he offered a cleaner, more refined version of his eclectic fantasy. But his signature kook remained in parts, the oversized ’70s sunglasses and kitschy plastic chains evocative of this.