The movie wowed audiences at Sundance and Cannes. Take a first look here

Derived from the acclaimed novel of the same name, Wildlife – starring Jake Gyllenhaal and Carey Mulligan – was the film everybody was talking about at Sundance earlier this year. That conversation was revisited last week during it’s Cannes Film Festival premiere along the French Riviera.

Written for screen by 33-year-old Paul Dano (you would know him as an actor from Little Miss Sunshine, There Will Be Blood, Prisoners and Love & Mercy), the film explores the marriage breakdown between a man and a woman after they move to Montana. It’s Mulligan’s character Jeanette whose eye begins wandering and eventually she falls in love with another man. The couple have a teenage child who gets caught in between the infidelity. This is Dano’s directorial debut and critics are raving.

The emotional and moving performances by Gyllenhaal and Mulligan have been heralded as incredible, some touting the latter as her most formative role to date.

We don’t have a confirmed Australian release date at this point. 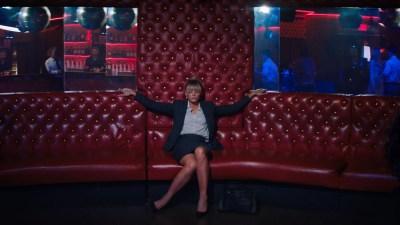