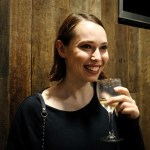 Sydney’s premier cultural institutions are collaborating in 2017 to launch The National: New Australian Art, a unified exhibition featuring 49 contemporary artists across Carriageworks, the Art Gallery of NSW, and the Museum of Contemporary Art.

The three organisations will present works spanning across the Domain, Redfern and Circular Quay, each presenting artists that they feel reflect Australian contemporary art. Next year’s exhibition is the first of a six-year initiative, with exhibitions held every second year until 2021. The first round of nine artists was announced in October, and the full list has finally been released, with artists including Ramesh Mario Nithiyendran and Claudia Nicholson.

Highlights include Atlanta Eke, who will perform Body of Work, a piece of choreography that explores the ageing body through time (pictured top). The piece, which won the 2014 Keir Choreographic Award, incorporates a live video of her performing, which is filmed and then projected back onto the show. Richard Lewer, “never shall be forgotten – a mothers story“, 2017, hand-drawn animation
Credit: Courtesy of the artist

Melbourne-based artist Richard Lewer will also be featured. Originally from New Zealand, Lewer’s work spans animation, painting, drawing, and performance. His work in the past includes The Theatre of Sports, a painting depicting athletes in various states of anxiety and pain which won the Basil Sellers art prize. His work has also explored religion, crime, and nationality, and how they connect to one another.

Justene Williams (pictured above), who was also part of the 20th Biennale, is known for creating photographic and video works that look at how history is represented and misrepresented through images. In recent work she has created elaborate sets and costumes, often incorporating waste materials, and conducted absurd performances within them. She takes inspiration from diverse sources including her father’s wrecking yard, her childhood dance lessons, and twentieth century avant-garde theatre.

The inaugural edition of The National will take place in The Domain, Redfern and at Circular Quay from March 30 until July 30, 2017.