The British sharp-shooter is back to tearing famous females down publicly on Twitter. But has he met his match in Ariana Grande?

First there was Emily Ratajkowski. Then Cheryl Cole. Then Ellen DeGeneres. And now Little Mix. Prolific Tweeter Piers Morgan has been arguing the same case for years; women should put some clothes on. According to the 53-year-old British presenter, any woman who uses her sexuality is a hypocrite in the age of modern feminism. Caught in the latest crossfire between Morgan and the UK’s biggest girl band, Ariana Grande shot Morgan down when he attacked her mother, Joan.

On Wednesday, Morgan criticised Little Mix for ripping off a photo shoot concept from The Dixie Chicks and accused the four women of “using sex to sell records.” His rampage didn’t stop, his next victim was Ellen DeGeneres who he tore shreds off for showing pictures of famous male physiques in celebration of International Men’s Day.

Grande’s mother, Joan, tweeted to Morgan “Honestly what is wrong with you? Didn’t your mother ever teach you, if you have nothing nice to say, don’t say it! You came for The Ellen Show yesterday which was disgraceful, she is an angel. Little Mix today. Did you ever hear of paying homage?” she wrote.

“Ellen’s a hypocrite,” Morgan responded. “As for Little Mix, I’d just prefer they use their talent to sell records rather than their nudity. As your own daughter does!”

Grande shut it down.

“Ellen is an incredible and kind human being. I use my talent and my sexuality all the time because I choose to. Women can be sexual and talented. Naked and dignified. It’s our choice,” she wrote. “We will keep fighting ’til people understand. I say this with all due respect but thank u, next.”

Morgan responded swiftly and ever so condescendingly. “Hi Ariana! How lovely to hear from you so soon after your mother. Of course, women can do what they like – but if they/you use nudity to sell records to impressionable young female fans, I’ll continue to call them/you out on it. All due respect, but thank YOU. Next.”

Grande hit back. “I look forward to the day you realise there are other ways to go about making yourself relevant than to criticise young, beautiful, successful women for everything they do. I think that’ll be a beautiful thing for you and your career or what’s left of it.”

And before the host had a chance she respond, she tweeted again, this time with the clincher. 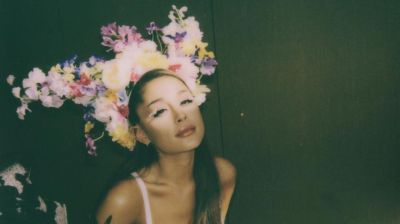