The internet exposes the hypocrisy of the jealous footballer 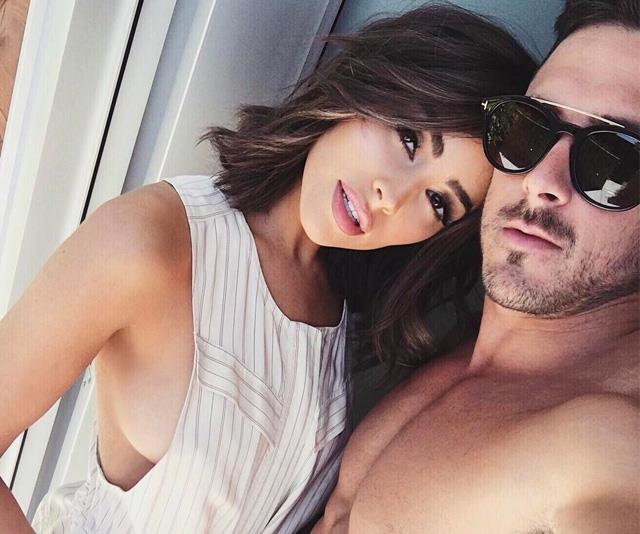 To catch some of you up to speed, model, actress and former Miss Universe Olivia Culpo and Detroit Lions football player Danny Amendola dated on-and-off for a couple of years. They split up last American fall. On the weekend, she was spotted dancing with music producer and DJ Zedd and the admittedly private Amendola blasted his ex-girlfriend in an expletive-filled Instagram rant.

In the now-deleted post, he called out Culpo for using Instagram to make money, revealed intimate bedroom details that no one asked for, said she “f***** up too” despite him reportedly cheating on her and called Zedd a “[scrawny] f***.” It was actually really disturbing to read. Here’s an excerpt:

“Olivia chooses and wants to be noticed on the internet and in Hollywood to make money. Which was hard for me to understand but quickly had to learn. Where as [sic] the cost of fame in this world doesn’t appeal to me,” wrote Amendola. “If you’re my real friend you know I’m private. My mother, brother, father and nephew are closest to me in this world and you don’t see one picture of them and that’s for their protection from those who criticise and judge.”

“The universe brought her and I together to enjoy life, love, and learn. We celebrated that as often as we could. And the sex was f****** crazy too,” he continued. “Reading all these wild stories about her and I, and seeing Olivia with other men, I just wanted to personally clear the air out here. We’ve been on and off for a long time and not together as of late! Not sure what’s in the future but the only thing I care about is her HAPPINESS. And if that’s dancing with [a scrawny] little f****, so be it.”

You can read the full rant here.

The internet has had a field day with Amendola’s hypocrisy. Here’s the best.

Danny Amendola was somehow surprised that a model uses Instagram a lot, which was definitely my favorite part of this story

Danny amendola- and the sex was fucking crazy too

I would really miss Olivia Culpo too.

In my day we called that #FragileEgo#DannyAmendola

Yes, not very convincing with his post, right? Smacks of jealousy. #DannyAmendola

Meanwhile, Culpo is sunning herself with her niece, unfazed.