THE FEELS OF HAIR: A LESSON IN HAIR PSYCHOLOGY

As told by Isabella Manfredi and Anthony Nader

“Why is hair so emotional?”

A freshly cut Isabella Manfredi recently asked on Instagram. Sitting in Anthony Nader’s chair, Manfredi’s hair – long, hirsute and unequivocally part of her brand – had been lopped off. Here she was; short, shaggy and different. It was a Manfredi we’d never seen before, nor had she for a very long time: “First time I’ve had short hair since I was three years old.”

But why is hair such an emotional thing?

Such a material entity, and yet it can stir a mixture of varying emotion; a simple change can be momentous or disastrous in one quick snip. Mood changes. Attitude changes. Feelings change. It’s an affect on the human psyche which is quite bizarre, considering the superficiality of it all. It’s hair. So what. But for some existential reasoning, a shift in one’s hair, albeit even a slight one, can render monumental mood change and a conflict of identity. At the end, it all comes down to identity, and when that is challenged, altered or hacked (very literally) our state of self is rocked to the core.

With that, Isabella has never felt “so free.” Here’s to freedom and hair cuts, and “feeling fucking fantastic.” HOW DID IT ALL COME ABOUT – THE BIG CHOP?
She text me and said, “FYI, I think I want to cut my hair off.” And I replied back, “Great, when?” and she showed me references, we chatted to and fro, then I got her in the next day. I was on a shoot that day, and I came back just to cut her hair. The thing abut Izzy is, when I think of a haircut for her, I always picture her on a stage, and how it’s going to perform, how her hair is going to perform on stage. She is really understated and very cool; she knows who she is, she doesn’t need to prove anything, so her hair needs to be the same, but there has to be something quirky about it that makes you look at it a second time, maybe even a third time. The thing about this haircut was we wanted to show off her eyebrows. We love her eyebrows. Her eyebrows are everything. And we have always done a bit of a razored-out fringe, but this time, it was more like a mouse was really going to town on her fringe and nibbling away at it, more than cheese. This mouse was hungry!

With a haircut like this, a client can do one of two things: they can totally freak out in the chair and start screaming and crying (I’ve had that) or, you see a smile in the chair. You see a different personality growing as you are cutting. I see a different confidence. With Izzy, it’s gotta be cool. She’s the face of Chanel, she’s the spokesperson for Ellery, so you know their boundaries and you know the brand, you know who Izzy is; she’s just cool. She could be in a white sheet from head to toe and she’d be cool. I spoke about the haircut with her and she didn’t care what I did, she just sat there and I said why don’t we do X Y Z. She knows how I work. She’s an artist. I’m an artist. There’s nothing worse than an artist saying to another please don’t cut it like this, or I don’t want you to sing it that way. It’s a respect thing. So I just cut her hair. And she said “go for it.” She was holding the length, and you know when a woman holds a part of her hair, they know psychology that it’s time, and they want it to go. She was holding her whole hair and saying “I want this to go”.  I’ve been in this business 25 years and you know how to read clients, so when she’s holding all of her hair you know she’s psychologically ready to get rid of it.

BUT YOU CAN ALSO TELL IF SOMEONE ISN’T READY?
Oh yes. If someone isn’t ready I don’t cut it off. I would say, “you know what, I understand you just broke up with your partner, and I’m really sorry for that, or you’re having a problem with work or whatever – let’s think about it, and book you in at the end of the week”, because you’ve got to be psychologically ready – that’s the big thing.

SO WHAT EXACTLY DID YOU DO TO ISABELLA’S HAIR?
We cut it so it was worn in straight away, we didn’t want anything looking too clean. I wanted it to be rebellious, still. I cut in a lot of panel work – panel work meaning disconnection – it’s funny I was saying to her when I was cutting it there’s a bit of a Vidal Sasson Carnaby Street kind of feel to it. She wanted to be able to push her fringe wherever she wants to push it. So when she’s on stage and she wants to push it to the side, she can. If she wants it up, she can go up.  It was about creating a fringe that she can either wear flat, or in the middle, or she can push it to the side and her fringe looks totally different; her face shape looks totally different. So we took a lot of things into consideration with her hair, and I know that Izzy likes to play with her hair and she likes to experiment. Styling is kept to a minimum, I’m not a big product person at all. I used David Mallet Australian Sea Salt Spray – that’s it.

YOU KNOW HOW IT WAS QUITE HEAVY ON THE TOP, WAS THAT DELIBERATE?
That’s so deliberate, that’s so funny that you point that out because we wanted it top-heavy, but on one side, I actually cut a shorter panel just through that section on top, so if she’s on stage and she wants to put her hands through it, she’s got this kind of disconnected texture on top, but she’s still got that heaviness through the front. That’s also the way I cut it. I over-directed everything, I cut all the underneath section first, and the top section, the big horseshoe shape, so when the hair would fall naturally, you’d get these longer pieces veiling over the shorter pieces. It’s a little bit technical, but if I was to cut it “normally” it could look too commercial, and that’s not Izzy. That’s why I disconnected the top doing a horseshoe shape so she’s got that versatility to play with.

WHY DO YOU THINK HAIR IS SO EMOTIONAL?
Because hair is confidence. Hair is your trademark. Hair is what people identify you for. I’ll tell you something really interesting, I was watching the Princess Diana documentary the other night, and Andrew Morton asked her about her divorce and at what point did she feel better. And I swear to God I got goose bumps, Diana said: When Sam (McKnight) cut my hair off. No amount of money can pay for that publicity. Sam McKnight just won gold. Even though all us industry insiders know who Sam McKnight is and know that he cut Diana’s hair, but to have Diana say that, about her hair, that is just next level, that makes everything so relevant to everyday. You don’t need to be a princess. You can be a housewife in Darwin, you can be a housewife in Point Piper, it doesn’t matter. Hair is the difference, and hair will either give you the most amount of confidence, or, after a bad haircut or colour, it can completely crush your confidence.

Crazy how free I feel with all that hair gone ??? 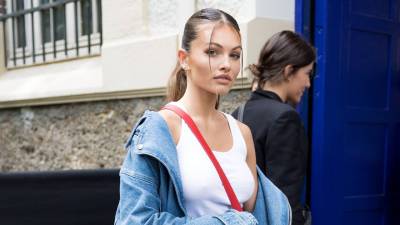 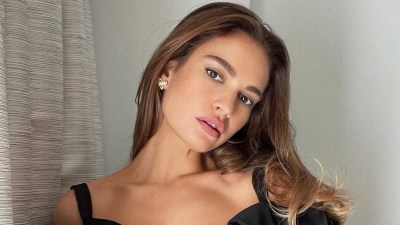 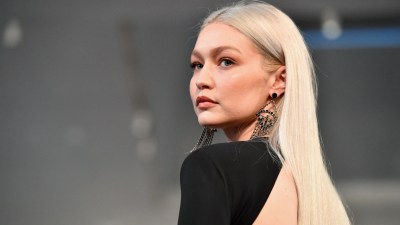 A Hairvolution: Everytime Gigi Hadid Transformed Her Hair
Next page