The pie’s the limit

And the limit does not exist. Whether you celebrate Thanksgiving or not, a slice of pie has never look so appealing 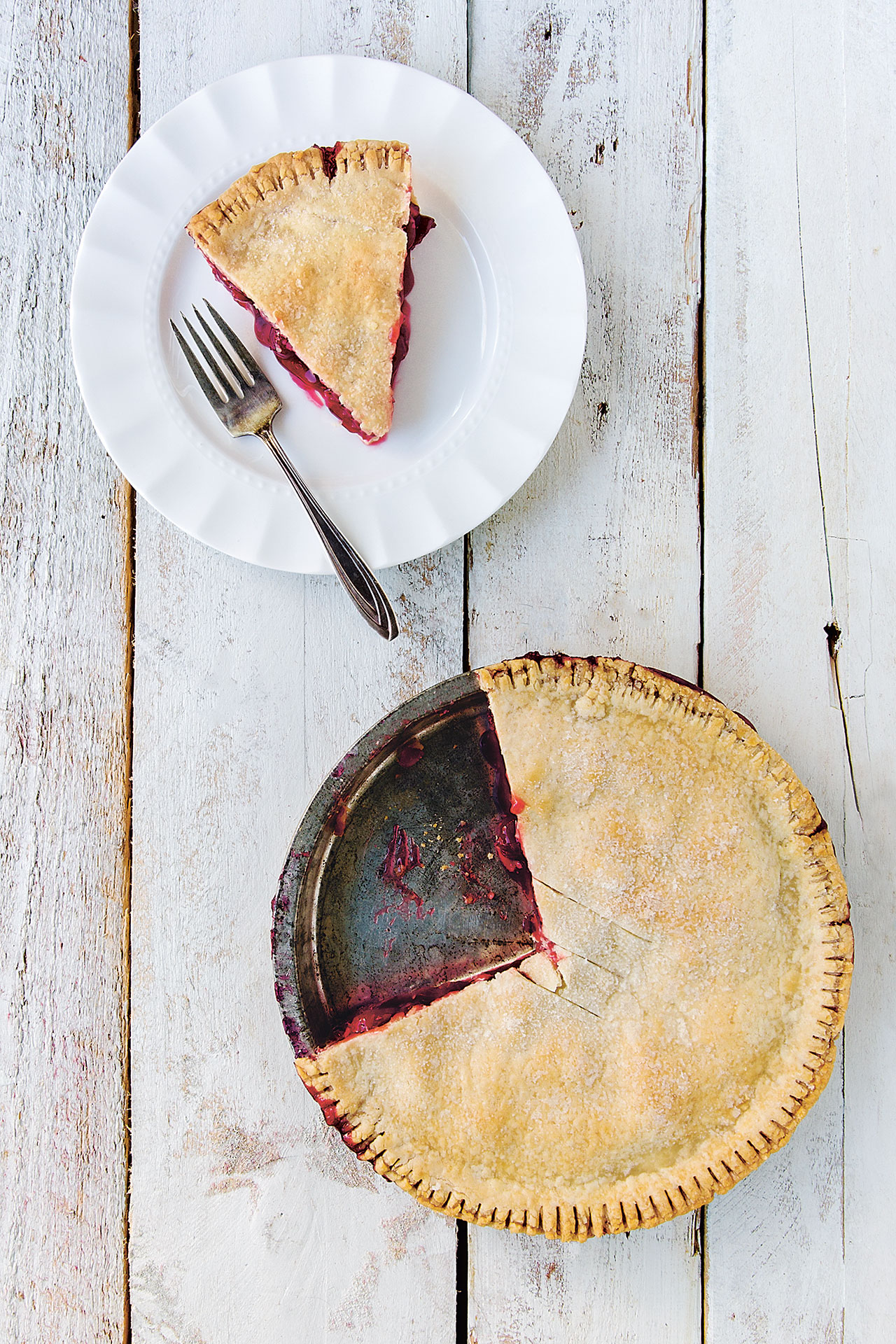 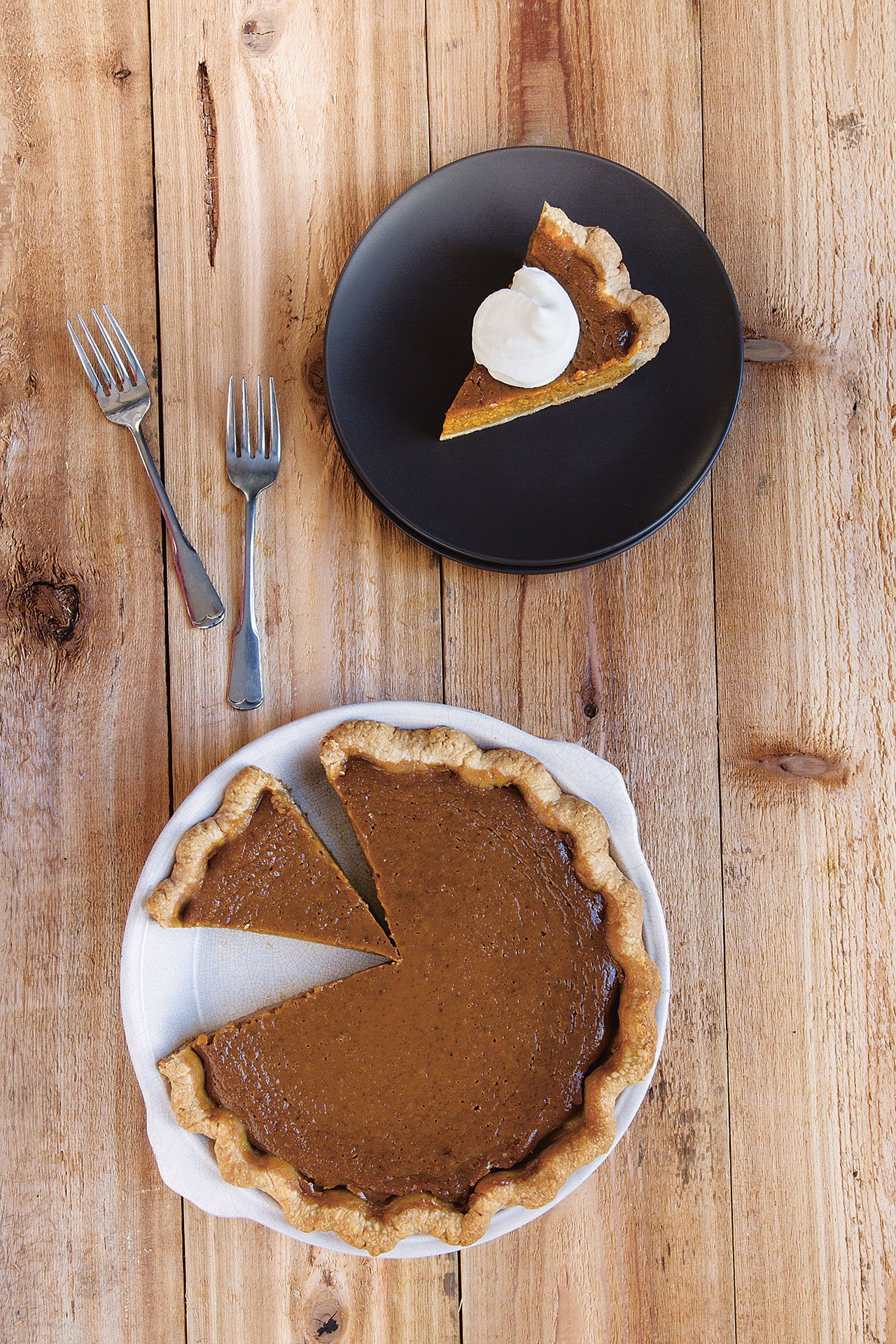 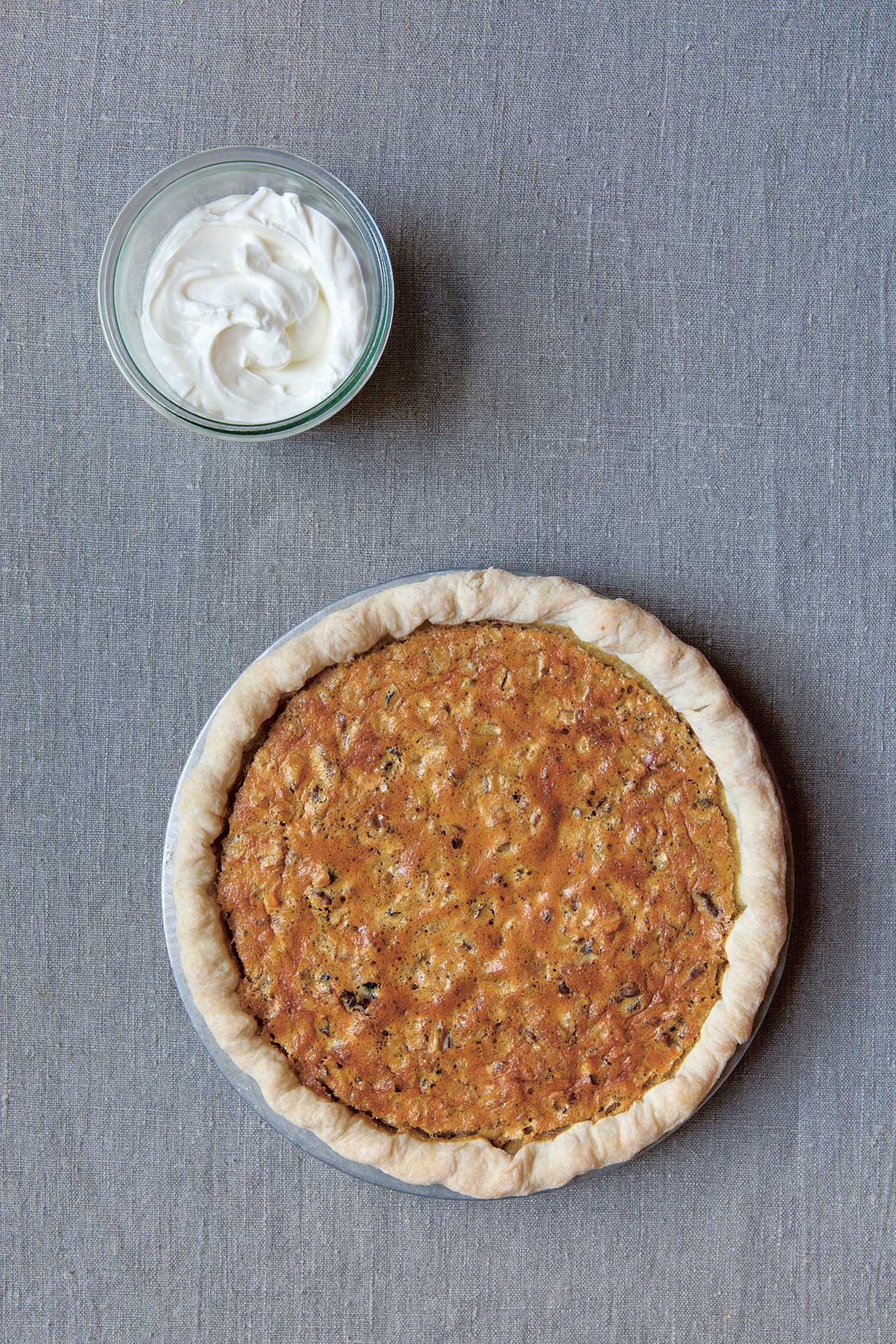 Loathe though I am to propagate the spread of any more insidious elements of American culture, there is something to be said, however small in comparison to the historical precedent for Thanksgiving, for the idea of devoting time to sharing a meal between loved ones. Paltry though pies may seem in comparison to, well, most things, the sentiment holds true: the act of giving, or self-care, that the preparation of a meal entails transcends time and circumstance. Though I don’t personally celebrate Thanksgiving, I know plenty that do – émigré and Australian-born alike. Be it your first celebration or your first of many, there has never been a better time to assemble a group and break bread (or the crust of many pies) and celebrate.

That message is central to America: The Cookbook (out now from the book’s publisher, Phaidon) by Gabrielle Langholtz. Billed as the first book to comprehensively document and celebrate the remarkable diversity of American cuisine, America explores in remarkable depth (it’s nearly 800 pages long) the relatively nascent culinary culture of an extraordinarily diverse nation, one steeped as much in the history, tradition and the influence of foreign cultures as the one it has made its own.

Herewith, the author shares with GRAZIA the recipe not only for a failsafe basic crust for whichever pies take your fancy, but three sensation fillings to tide you over. Buon appetito.

METHOD
Hand method: In a large bowl, whisk together the flour, sugar, and salt. Cut in the butter (using a pastry/dough blender or your fingers) until the mixture resembles coarse cornmeal. Add just enough ice water to bring the dough together. Begin by adding the smaller amount, blend in, then add more only as necessary. It is helpful to take a handful of dough and squeeze it: The dough should be neither wet, nor dry and crumbly.

Mixer method: In a stand mixer fitted with the paddle attachment, combine the flour, sugar, and salt. Blend in the butter on low speed. Add the water gradually. Stop the mixer before the dough comes together (use your hands to check the moisture content). Form the dough into a ball (or two equal balls if making a double crust), flatten into a disk, wrap with plastic wrap (clingfilm), and refrigerate for at least 30 minutes. (The dough can be made up to 24 hours in advance, or frozen at this point.)

For a single-crust pie shell (pastry case): Place the chilled disk of dough on a lightly floured surface. Using floured hands, flatten the dough slightly. Dust the rolling pin with flour, and roll from the center outward using light, even pressure. Roll until the dough is about ¼-inch (6 mm) thick and 10–11 inches (25–28 cm) in diameter. Drape the pastry over the rolling pin and place it in a pie plate. Press firmly into the bottom and sides of the pan. If you like you can trim at this point: use a paring knife to trim the dough, leaving at least ½ inch (1.25 cm) all around.

Crimp the edges using the side of your forefinger and thumb, or the tines of a fork to press down along the edge. Place the pie shell in the freezer for 10 minutes (or chill in the refrigerator for 30 minutes).

For a double-crust pie shell (pastry case) and top crust: Make the pie shell as described above, but don’t crimp the edges of the dough. For the top crust, roll out the second disk of dough into a round that can cover the top of the pie plus 1 inch (2.5 cm) of overhang. Place the top crust on a plate.

Place the pie shell and top crust in the freezer for 10 minutes (or chill in the refrigerator for 30 minutes).

To blind bake a pie shell: Follow the directions above and after 12 minutes, remove the pie from the oven and reduce the oven temperature to 350°F (180°C/Gas Mark 4). Carefully remove the foil or parchment and weights. Return the shell to the oven and bake until golden brown, 10–12 minutes. Let cool before filling.

METHOD
Sour cherries are brilliantly red and very juicy. They’re often known as pie cherries. Today many sodas and candies are “cherry-flavored,” wishing to channel the hue and taste of this pie.

Prepare the pie shell (pastry case) and top crust and chill as directed.

In a large bowl, whisk together the granulated sugar and cornstarch (cornflour). Add the cherries and vanilla and mix well. Pour into the pie shell, dot with the butter, and place the top crust over the filling. Seal and crimp the edges. Brush the pie with the cream and sprinkle with the coarse sugar. Cut vents in the top.

Bake until the crust is golden brown and the filling is bubbling, 45 minutes to 1 hour. Allow the pie to cool to room temperature before serving.

METHOD
Parbake the pie shell (pastry case) as directed and leave the oven on.

In a medium bowl, beat the eggs with the salt and sugar until very light, 2–3 minutes. Drizzle in the melted butter, whisking constantly. Add the corn syrup and mix well.

Pour the mixture into the pie shell (pastry case) and arrange the pecan halves cut side down over the top. Bake for 10 minutes, then reduce the oven temperature to 325°F (160°C/Gas Mark 3) and bake until the crust is golden and the filling is set, about 30 minutes. Let the pie cool for at least 15 minutes and serve warm or chilled.

METHOD
Pumpkins are native to North America, but the custard element of this famous open-crust pie likely evolved from French and English pie traditions and came back across the Atlantic with 17th- and 18th-century settlers. Today, traditional pumpkin pie spices— cinnamon, ginger, nutmeg, and cloves—are a ubiquitous symbol of autumn and are labeled collectively as “pumpkin pie spice.”

In a large bowl, combine the pumpkin purée, cream, eggs, both sugars, and spices. Pour the mixture into the pie shell (pastry case) and bake until the center is just set, 35–40 minutes. Let the pie cool completely before slicing.

This recipe has been extracted from America: The Cookbook by Gabrielle Langholtz, available now through Phaidon.