Sydney Is The New Jewel In Bvlgari’s Crown

Rome wasn’t built in a day. Nor was Sydney’s new BVLGARI boutique. Eleven months in the making, the bold and contemporary Italian jeweller and connoisseur of coloured gemstones celebrates its 20th anniversary in Australia by unveiling the new Peter Marino-designed flagship on Castlereagh Street. 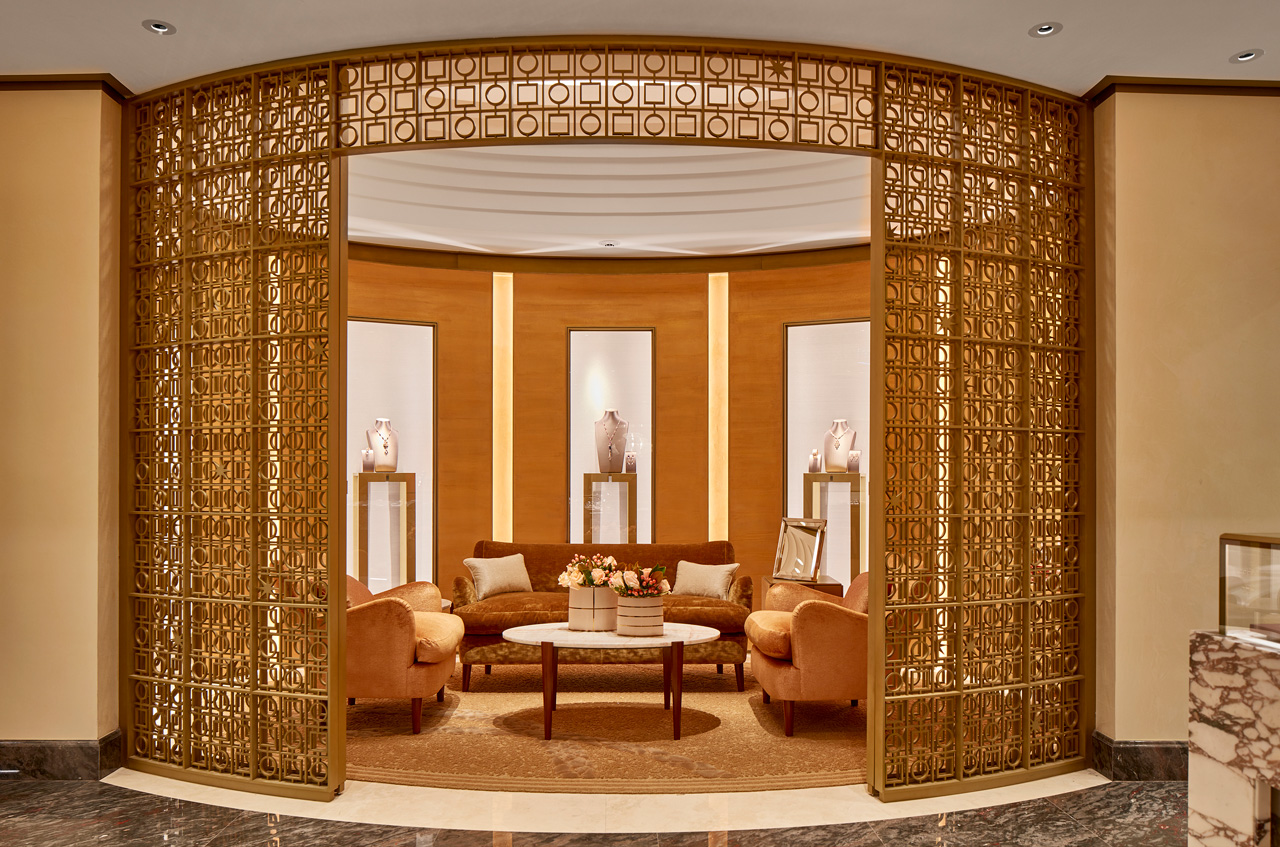 A little piece of Rome in the Sydney metropolis, the new boutique is an outpost of Roman style and luxury, an ode to its Italian roots. Since the renovation of Bulgari’s historical Roman flagship in 2014, the new design concept by Peter Marino has been rolled out in key locations around the world, with Sydney’s Castlereagh Street flagship the latest destination to undergo the stylish facelift. An extension of the famed Via dei Condotti store, the new Castlereagh boutique makes a striking proposition for bold and beautiful Roman architectural design. 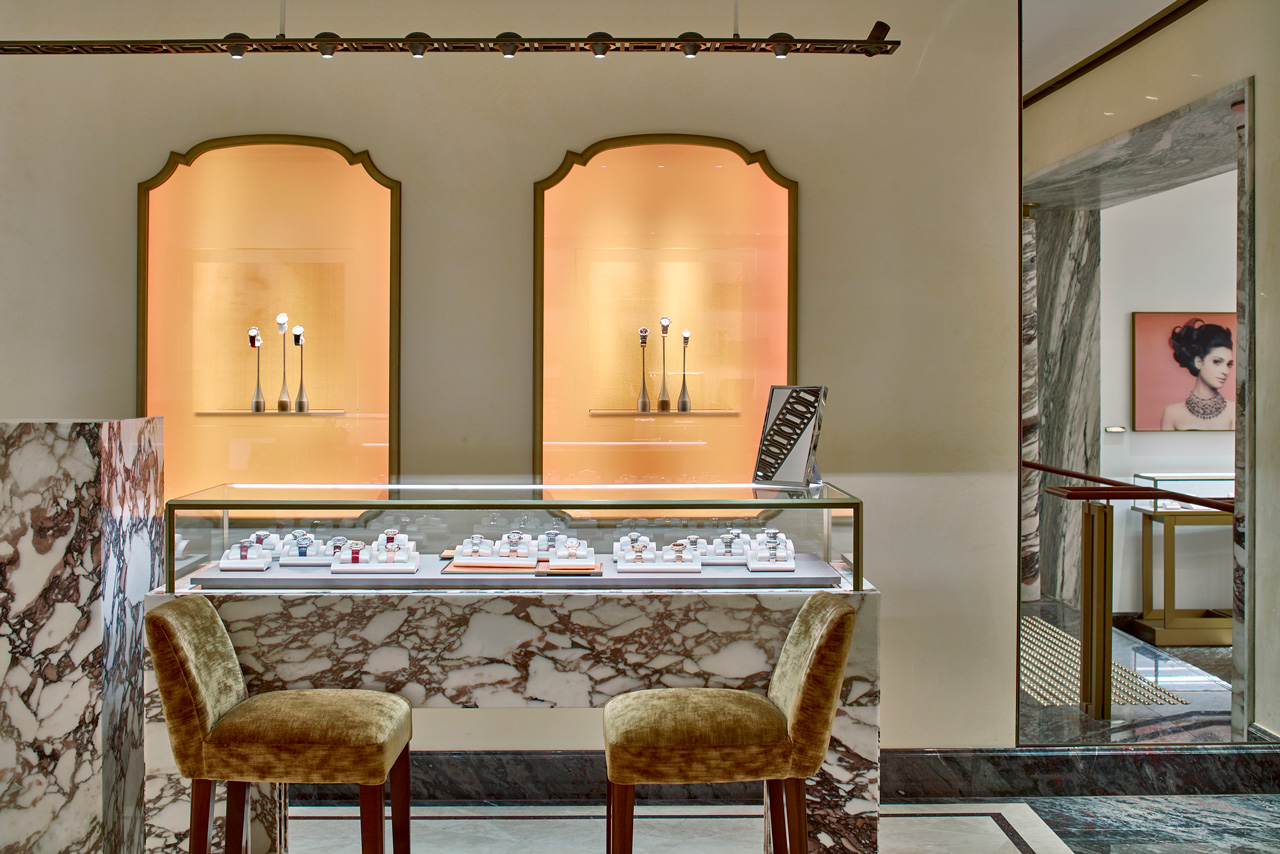 Pushing the boundaries of traditional bricks and mortar retail, innovation meets tradition in the newly-designed boutique. An eloquent visual expression of Ancient Rome, fittings are rendered in marble and stone – classical fixtures typical of the antiquated architecture of the era. Classic geometry is cast anew, age-old interiors rendered with both modernity and marvel. 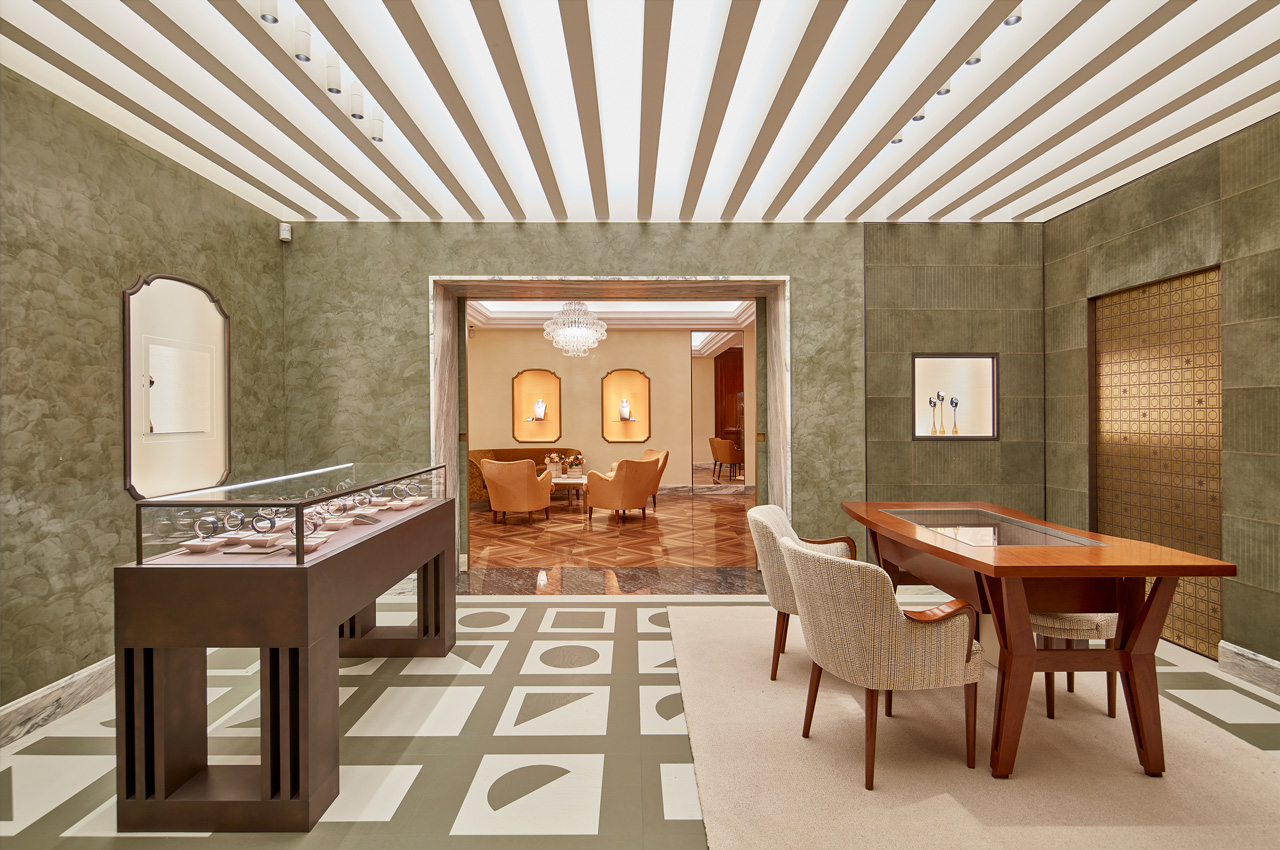 The store façade in Bulgari’s iconic Black Grand Antique marble, a cognisant of the original Via Condotti flagship, is accompanied by cream and saffron-coloured windows on either side, a sophisticated play on Roman geometrics. Whilst visitors are welcomed with Bois Jourdan marble at the entrance, as well as the Condotti eight-pointed star in red porphyry, which has become an iconic design element for the brand. Considered a universal symbol of balance, harmony and cosmic order, the eight lines are symbolic of the four cardinal points (north, south, east, west) and time (two solstices and two equinoxes). As per the legend, the star is symbolic of the medieval phrase Roma caput mundi, meaning, “All roads lead to Rome”. The original star is actually part of the flooring inside the historic BVLGARI Condotti flagship in Rome and is a unifying symbol found in all BVLGARI boutiques around the world. 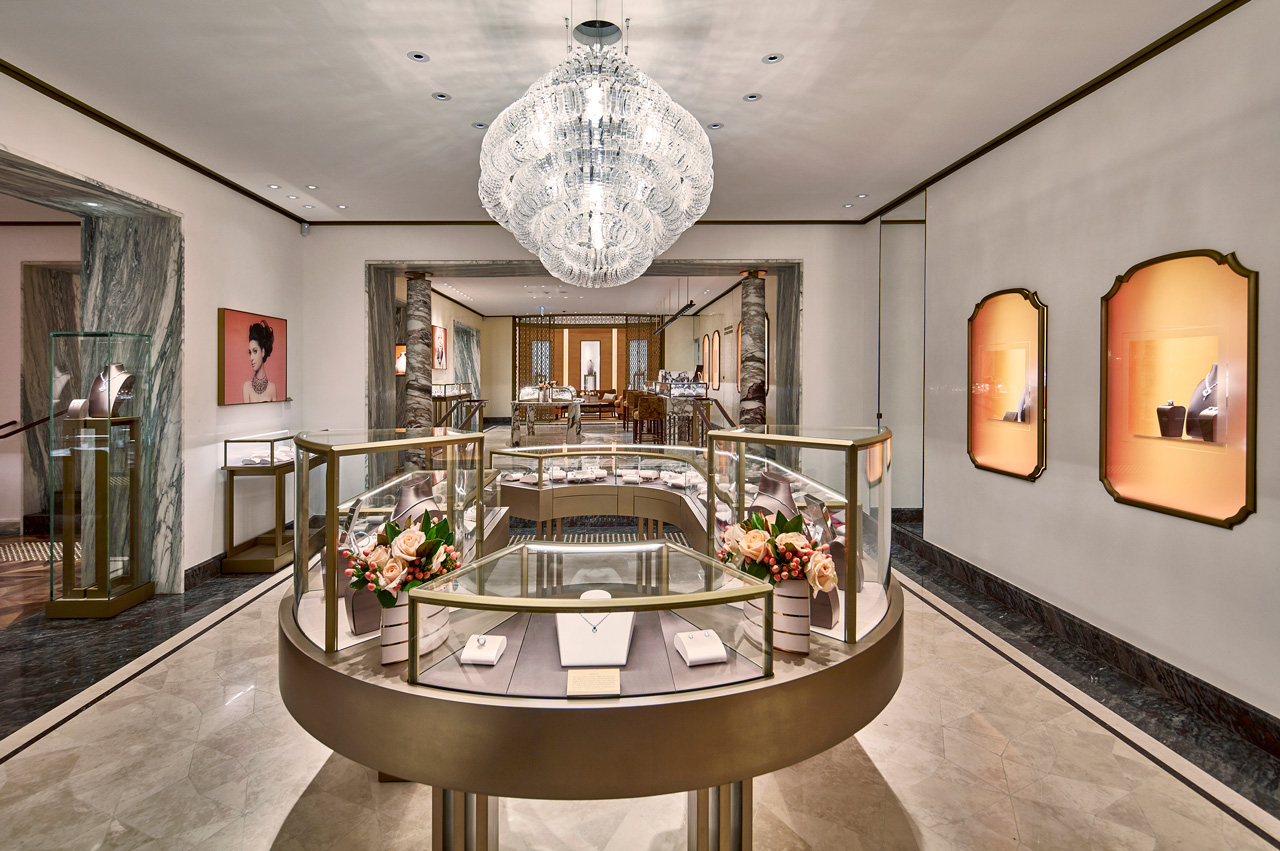 Venture within, and a discovery reminiscent of a walk in the city of Rome awaits. Kissed by sunlight, the central room resembles the light-flooded Spanish steps. In addition to the main area, clients can also access other rooms where they can sit down to enjoy Bulgari creations with a different level of privacy. 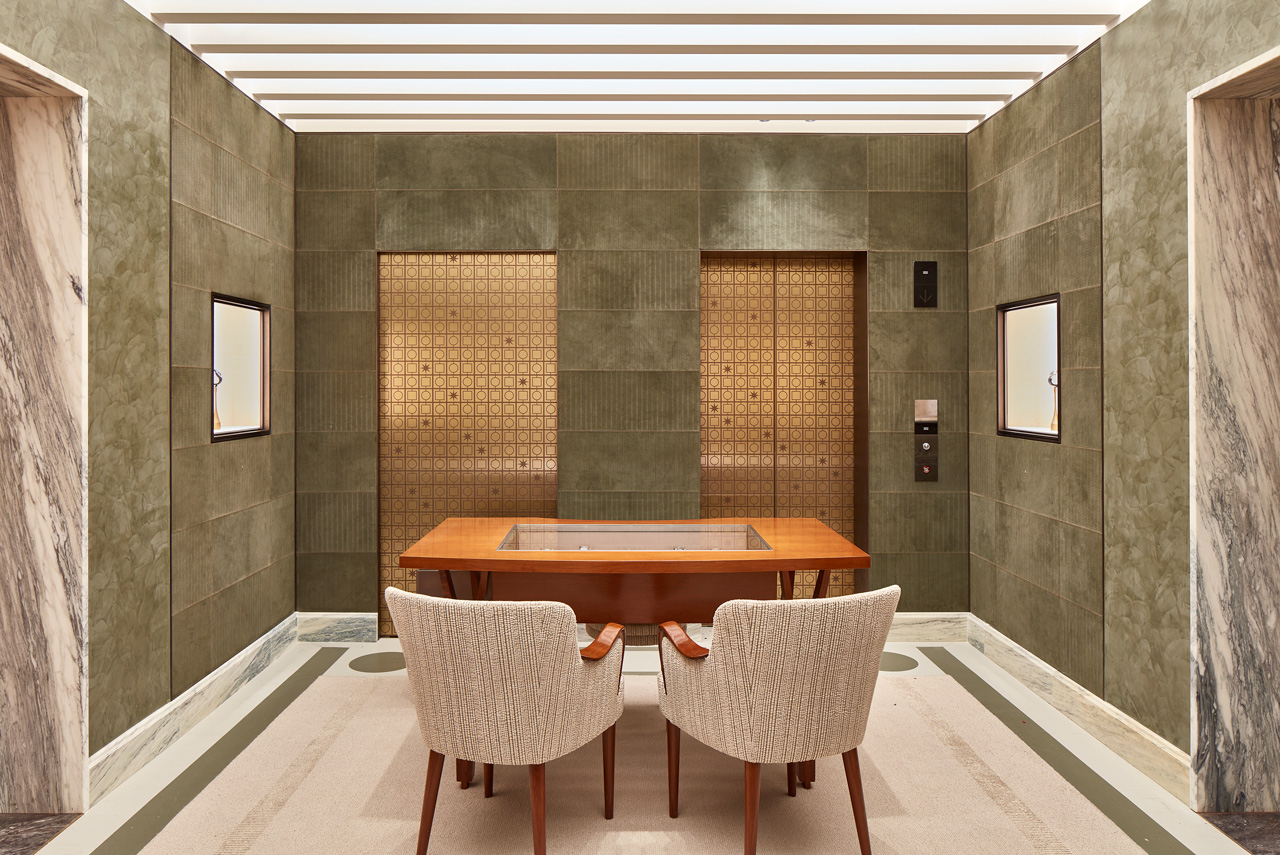 Like a journey through Bulgari’s storied history, each room has a special atmosphere, with thanks to the different flooring materials and décor used in each space, an exploration of precious and tactile textures. In addition to the star-patterned white Travertino ‘Navona’ detail at the entrance, the boutique also plays host to a stunning walnut parquet that features a degrade effect, simulating a luminous Italian ambience flooded by natural sunlight. A fine example of Italian craftsmanship, the degrade effect requires walnut wood that is carefully sourced and selected, then dried in direct sunlight in different periods, and finally composed onsite by skilled Italian artisans, redolent of the luxury of the brand as a whole. 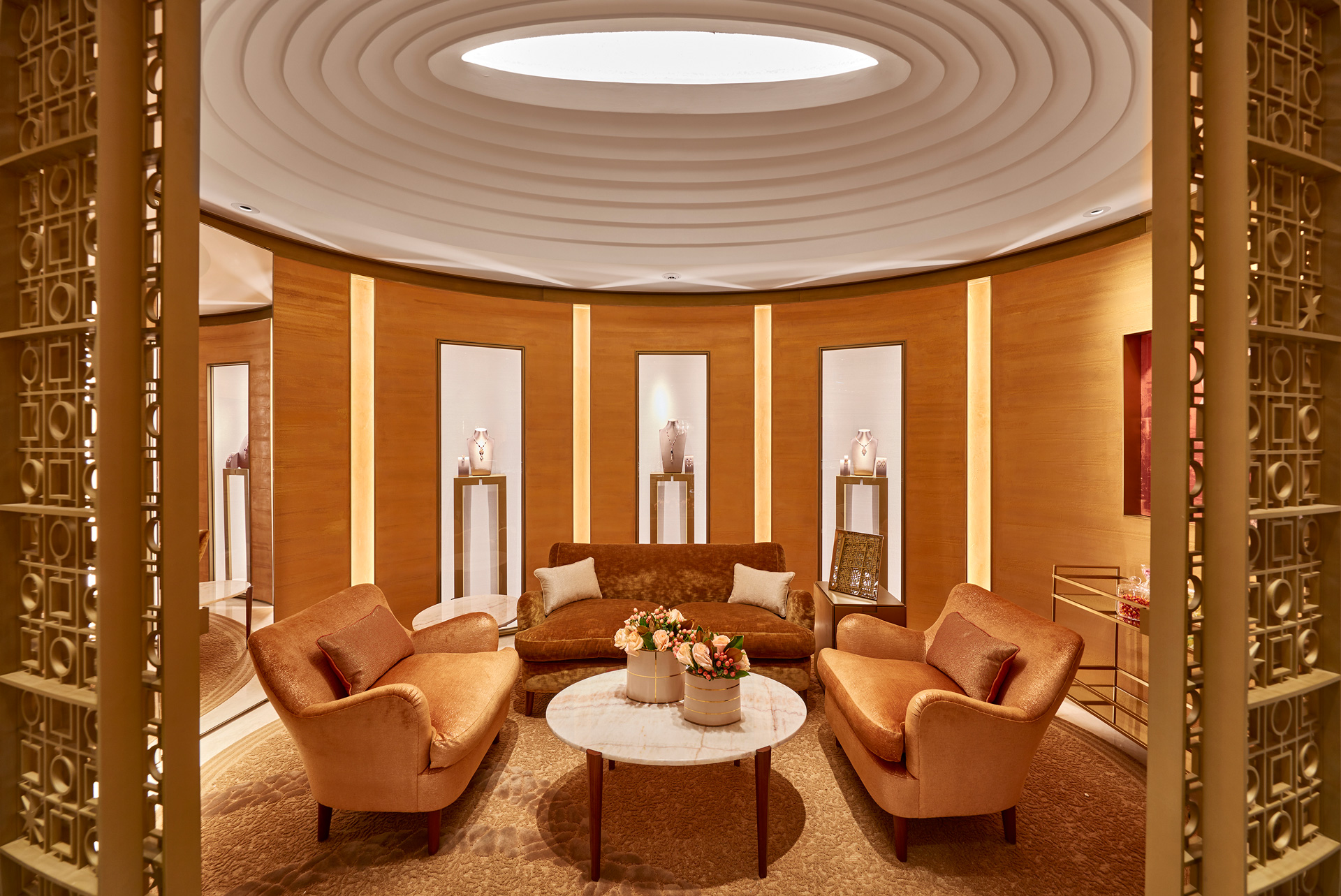 In addition, large marble tiles, sourced by the famous Italian caves of Seravezza and Carrara, were cut using the so-called book-technique, employed to ensure that the veins in the marbling were mirrored and matched perfectly with one another. 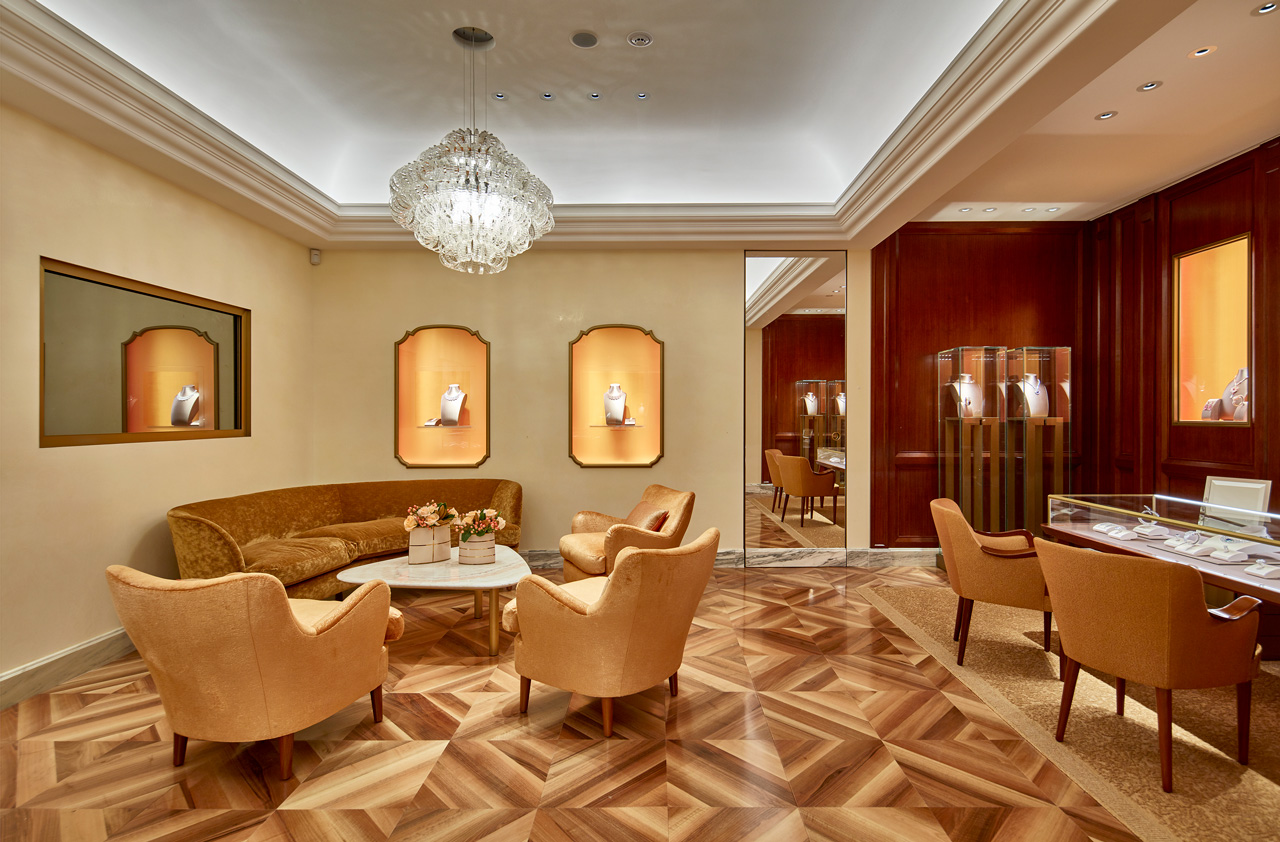 The Castlereagh Street refurbishment highlights the importance of Australia within the global luxury marketplace, so much so, a unique capsule collection has been designed exclusively for the reopening by Bulgari’s Creative Director Lucia Silvestri. The dedicated capsule collection will comprise of 11 pieces and combine the brand’s iconic Diva’s Dream and Serpenti collections with Sydney’s very own icons, the Sydney Opera House and Bondi Beach.

It certainly wasn’t built in a day, but the new BVLGARI Boutique is well worth the wait. 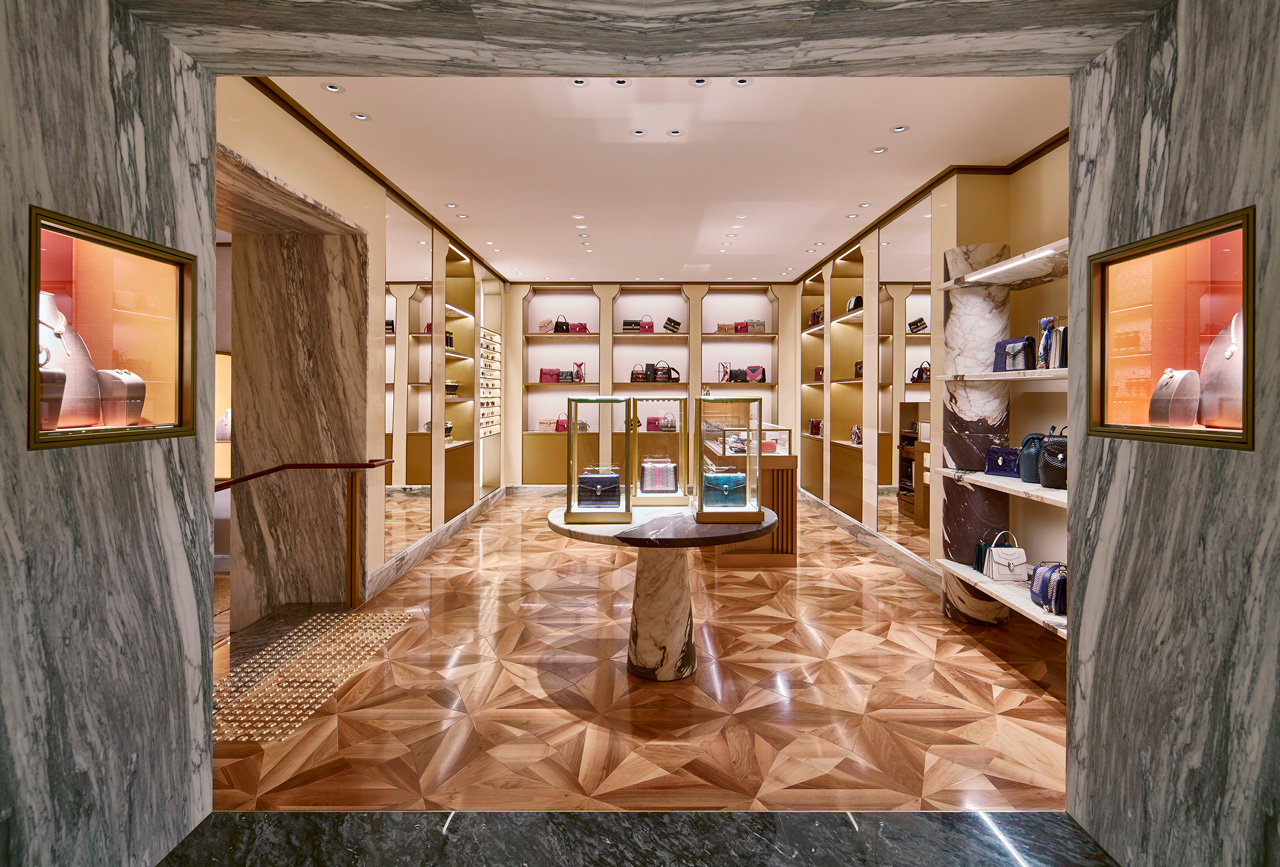