GRAZIA goes inside the 'gram with director and photographer extraordinaire @yasminsuteja, as Instagram's Explore page inspires some spectacular sartorial moments

If there’s one thing that informs your personal style above all else, it’s Instagram’s Explore page. Those seemingly endless 4 x 4 cubes serve us infinite inspiration on a multitude of things; bags you’ve never seen before but then all of a sudden can’t live without, curious yet exceptional couplings you’d never even dreamed of but so desperately need to recreate, the exact whereabouts of it-pieces that have all but sold out but then miraculously reappear once stock is replenished; it’s basically a best, very stylish friend that will never, ever let you down. Even the quickest of scrolls can prove the mightiest of style transformations, and if there’s one person who knows this well, it’s Yasmin Suteja – or @yasminsuteja. 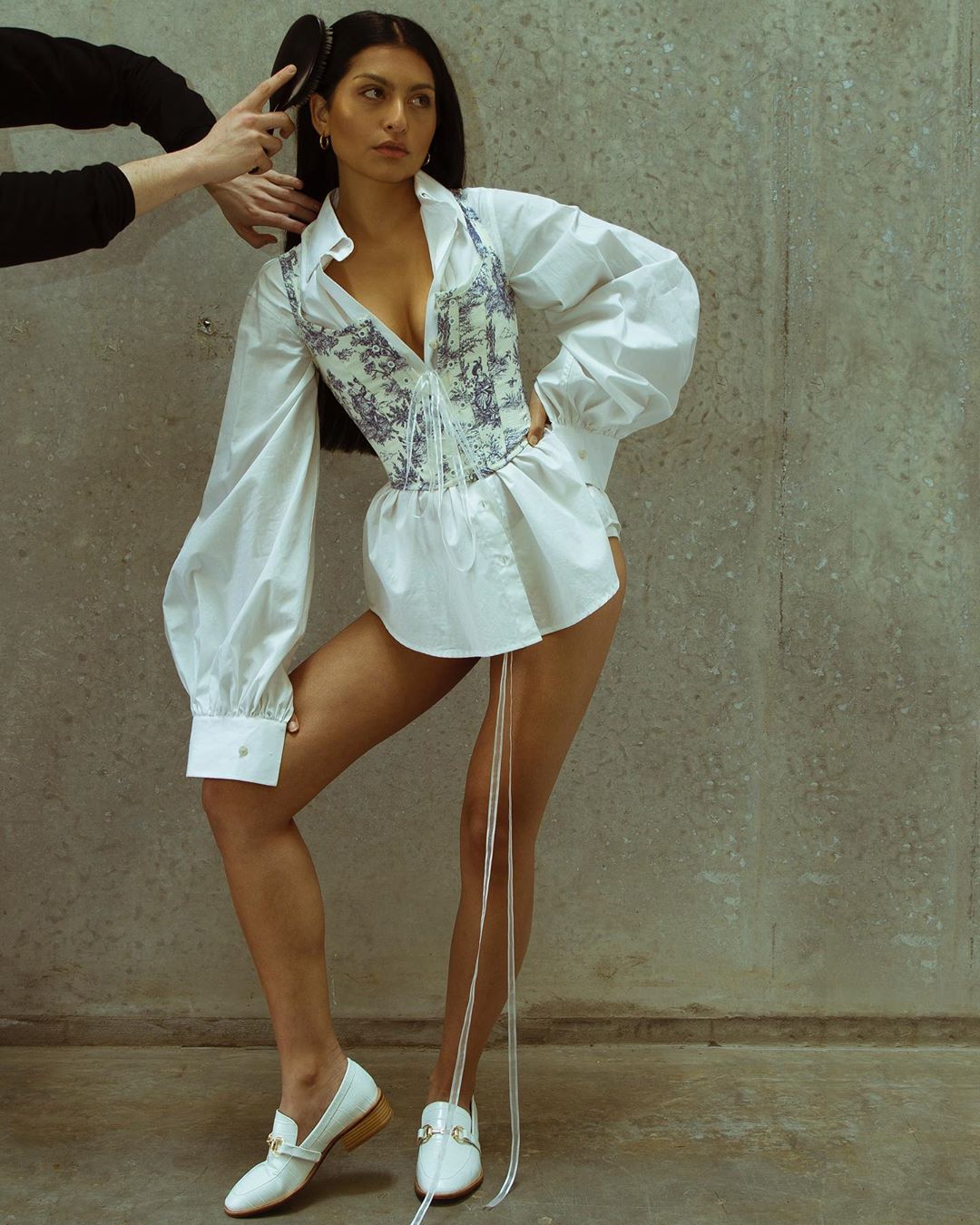 The photographer and director from Culture Machine, a Sydney-based creative services, talent agency and photography studio, also moonlights as a hugely popular influencer, who, thanks to her expertly curated, artful feed of souped-up, stylised fashion and beauty imagery, has amassed a huge social following. With Instagram so intrinsic to her profession, Yasmin is of course very well-acquainted with her Explore page, using it as both a platform to shape her own personal style and her work on a daily basis. Why? It serves the ultimate source of #inspo; creating unexpected style revelations, rousing creative juices and inciting can’t-live-without-purchases. For Yasmin, like any creative, feeling inspired and fresh can be met with road blocks (think writer’s block but on a mass artistic scale), hence why an eternal livestream of inspirational and aspirational content is so immensely valuable. In the context of creative provocation, no such means or muse treats her so well. It’s quite simply a hotbed of creativity, and one we’ve tapped to feed our own sartorial appetite.

Here, Yasmin lets GRAZIA inside her prized Instagram feed and shares three images from her #streetstyle search that not only garnered a second glance but even made it to Instagram’s Holy Grail – the ‘Saved’ folder. With the help of GRAZIA stylist Patrick, we reimagine the magic through Yasmin’s personal, slightly quirky lens, not simply recreating the looks but making them Yasmin’s own. The result? Four imaginative takes on Instagram-dressing.

the urban cowgirl
“She’s got this big pink tulle skirt on but I love how she’s wearing the relaxed sneakers, so I want to see a way we can do this that’s me,” says Yasmin of @egpjournal’s photo. But instead of simply replicating the image, Patrick tapped Yasmin’s streetwear bent adding a little urban grit to the look, pairing a Chloe Mottau pink tulle skirt with an Asos parachute bomber and Charles and Keith boots. But the trick to truly making something your own? Change up a key piece. Swapping out the cowboy hat for an on-trend crackly leather beret let Yasmin’s personal style shine through while still riffing on @egpjournal’s frothy pink look. 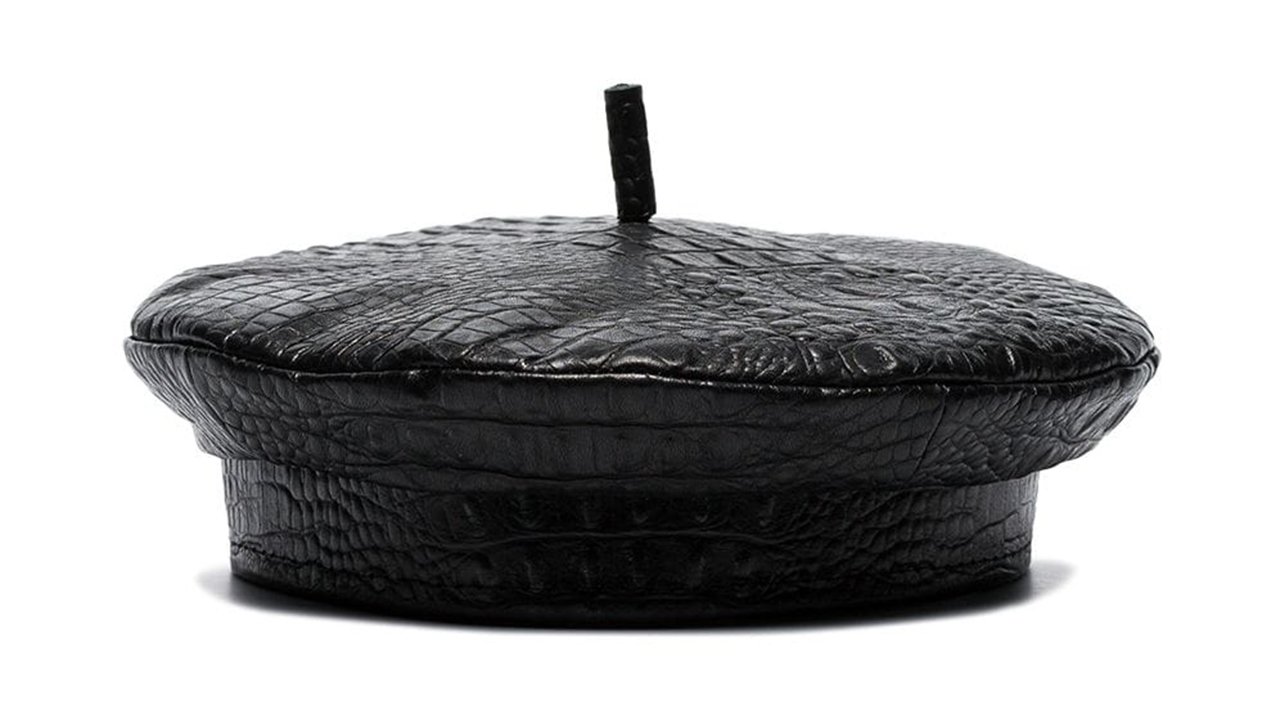 equestrian chic
The fashion modus operandi was “thigh-high boots”, with Yasmin finding a picture of Joan Smalls in a pair of Frame x Tamara Mellon Knee High Boots on her Explore page. Tucked into a pair of Rag & Bone jeans, the buttery-soft burgundy slouch boots by Salvatore Ferragamo play on the ’70s equestrianism of Joan’s look while the rich shade of red makes it Yasmin’s own. As Patrick says, “Strut! Strut! Strut!” 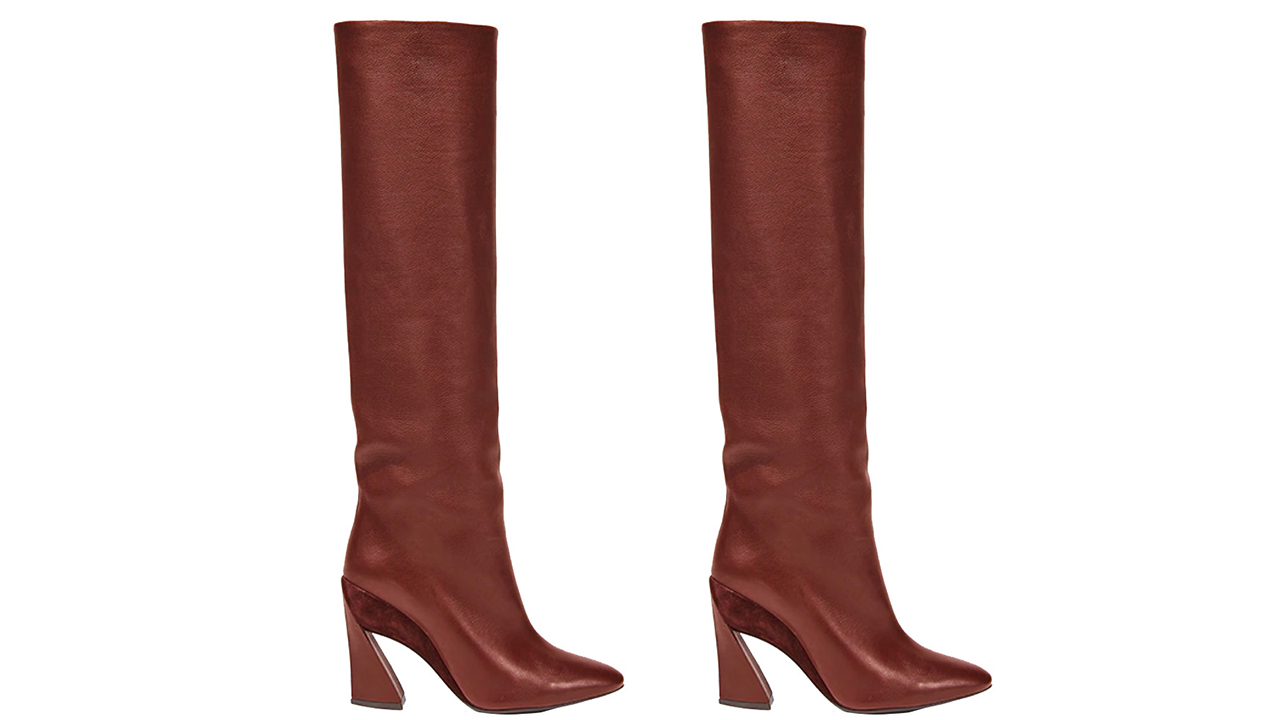 the Tokyo tough-girl
It was Berlin meets Tokyo for this eye-popping outfit, with a recent trip to Tokyo actually landing Yasmin on Berlin-based blogger Benita Banu’s page. Originally it was the wildly coloured streets of Harajuku which fuelled an obsession with lime green and an “edgy street style vibe”, with @babyb3ns’s fierce lift look catching Yasmin’s eye on a morning scroll. Instead of all-out, retina-searing colour, Patrick accented the look with flourishes of fluorescent green – “just a touch of neon” – and tough accents. Along with a glossy Zara anorak and parachute camo pant, he added a lime-trimmed crop top by Asos and zesty modular bag by Rag & Bone, anchoring the look in tonal greens and beige for his combat girl. 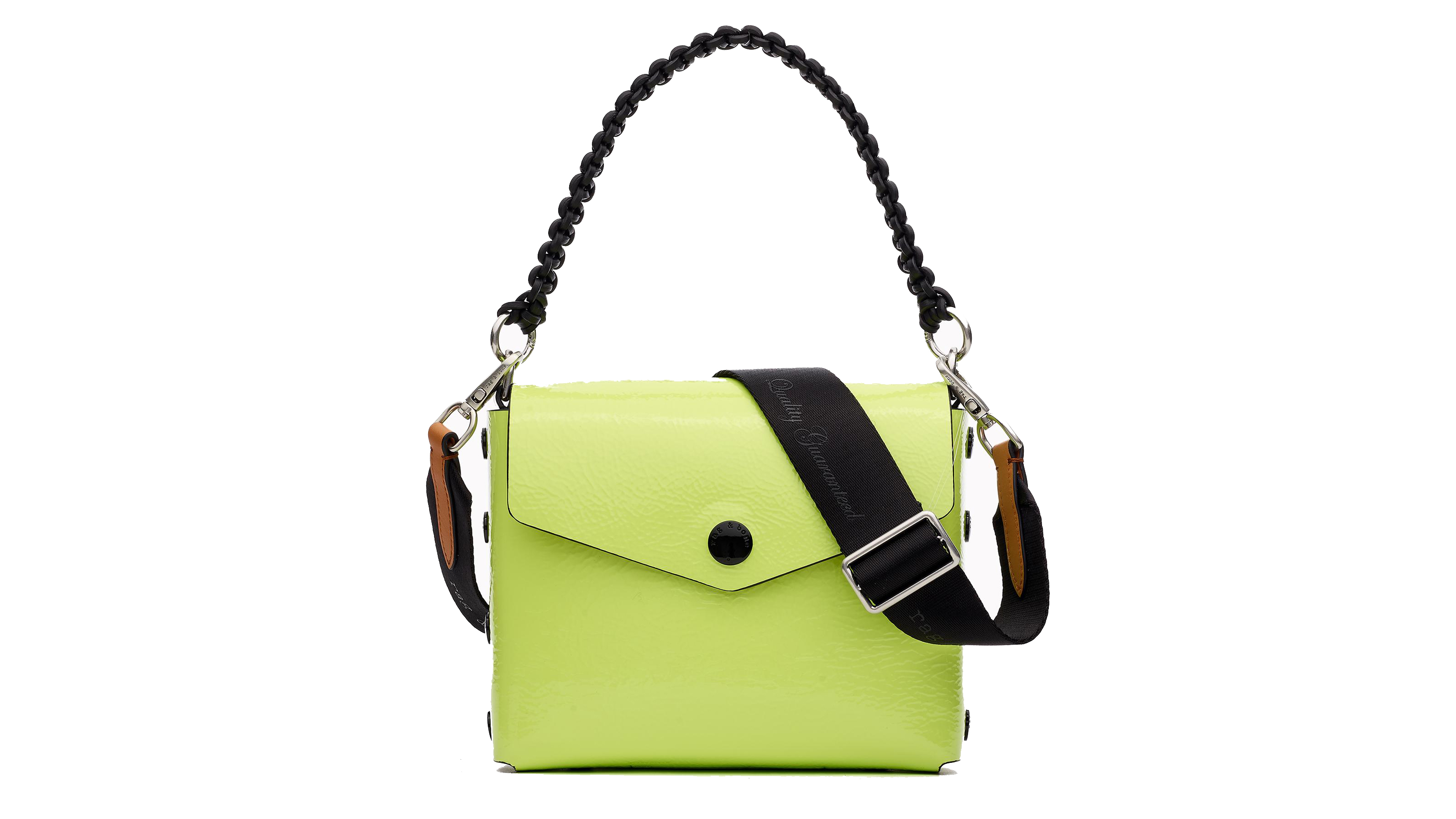 Riviera #resortwear
The rise of Resort Wear is conducive to the eternal holiday; something Instagram pedals exceptionally well. You know your Rosé-soaked, sun-drenched feed during the months of June, July and August? Well, Patrick arrived here for this look, surprising Yasmin with a sunny, resort-inspired outfit. Searching #resortwear, a photo of @thatgemruby popped up in a relaxed, Riviera two-piece in a soft chambray blue. Inspired by the powdery shade, Patrick opted for a more masculine take on resort-dressing with an oversized, unisex velvet shirt by Sies Marjan in a similar shade, layered atop a gelato-hued bikini by Asos and pant by Zimmermann. But the sartorial cherry on top? A summery beaded bag by Respiro, very in vogue thong heel by Paris Georgia and By Far, and some layered necklaces thanks to Reliquia and Christopher’s Esber’s heavenly collaboration with William Édouard. If this doesn’t inspire a summer sojourn, we don’t know what will. 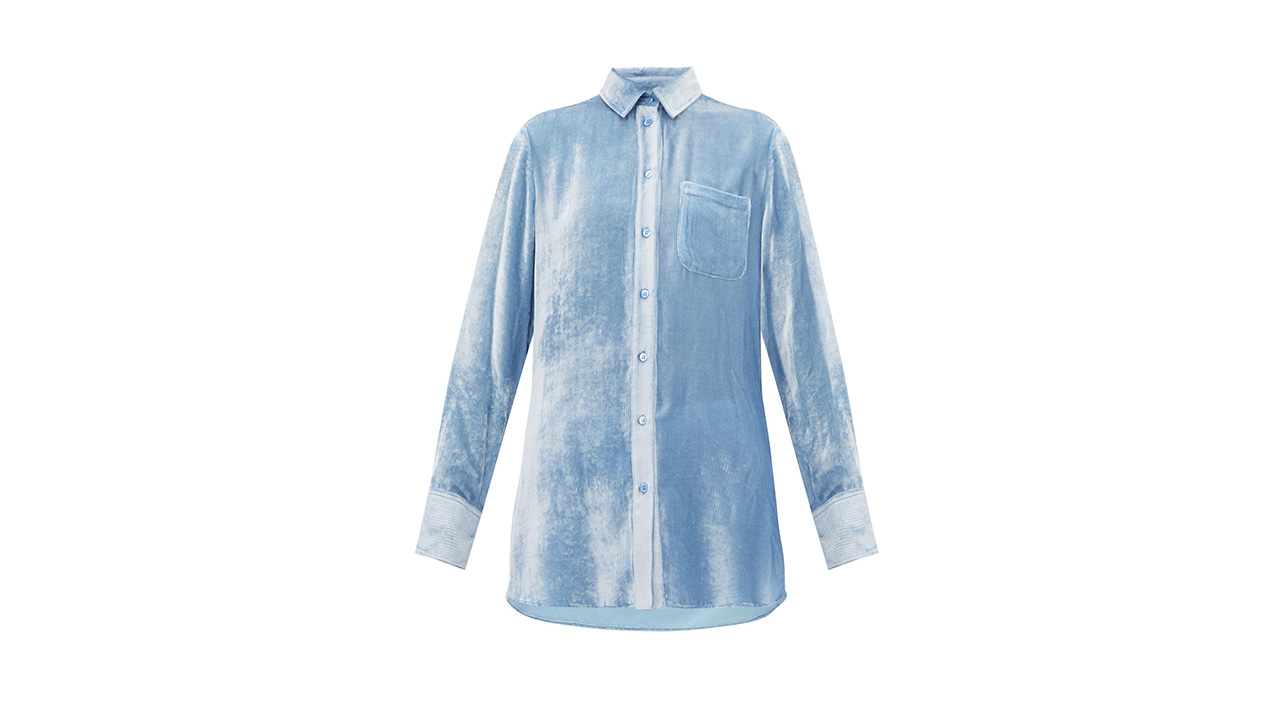