For Spring 2022, the Australian label explores the escapism, nostalgia and beauty that comes from a dancer’s on-duty and off-duty style. And not a bobby-pin in sight 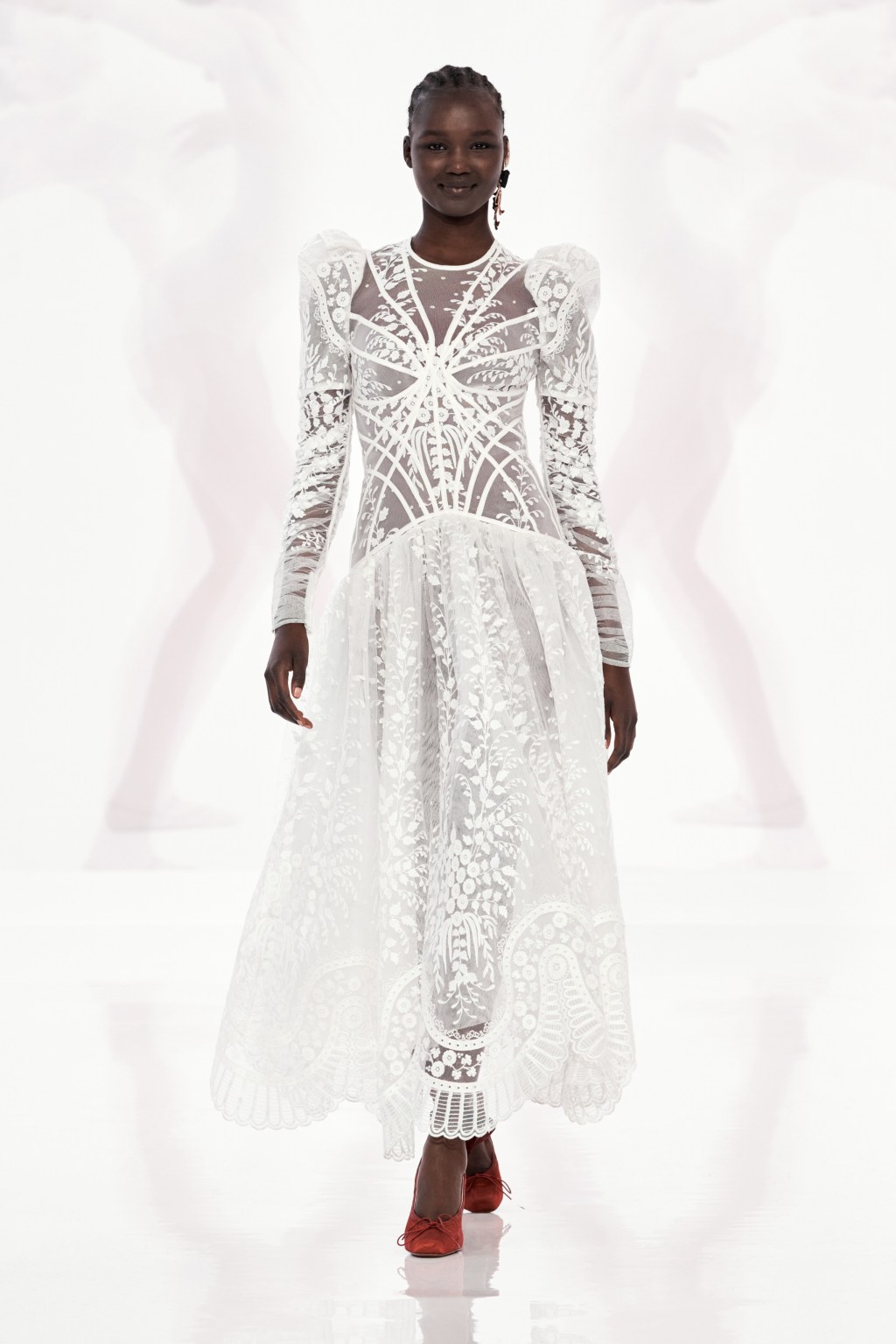 The image of a dancer, particularly as a metaphor, is viscerally powerful. Dichotomies of stealth and grace, resilience and passion, grit and poise make the archetype boundlessly appealing and indescribably unique. Perhaps it’s the impossibility of a imagining how a person could access both supreme athleticism and weightless fragility. We become mesmerised, even from a young age. Nicky Zimmermann is one such. Though never trained herself, the designer, along with sister and co-designer Simone, has been enamoured by its artistry and mastery ever since attending performances by The Australian Ballet as teenagers.

“For me it’s been a long time fascination.” Nicky told GRAZIA. “Personally, I’m so uncoordinated! As a kid I was much more sporty, but I’ve always been fascinated by [dance] and especially now having a young daughter and seeing how much they love movement and expression of movement. When Simone and I were younger we had season tickets to the ballet at the (Sydney) Opera House. I would have been about 16, and I remember you could hear the power and the strength, see the sweat. It was incredible. It takes strength and control and I do find that fascinating. How they can, at the same time, look effortless and graceful and beautiful!”

For Spring 2022, the sisters have paid homage to this auspicious memory with The Dancer. In a film directed by Gracie Otto and creatively directed by Michelle Jank, Zimmermann’s mode of digital presentation, (one that began under Covid restrictions) prevails with continued success. The pre-shot genre allows a creativity and control not achievable under the rambunctious nature of a live runway. It also means buyers, media and customers can be privy to its release at the same time.

“I love doing the films, I find them highly creative. I definitely miss the adrenaline of a live show, it’s a huge rush. But I find the film almost more creative. I love the fact that we can release it to our customers, they get to see the exact same vision that our buyers see, that press see. It’s a very democratic way of showing fashion. I think it really adds another layer, we seem to be able to get more depth into it.” 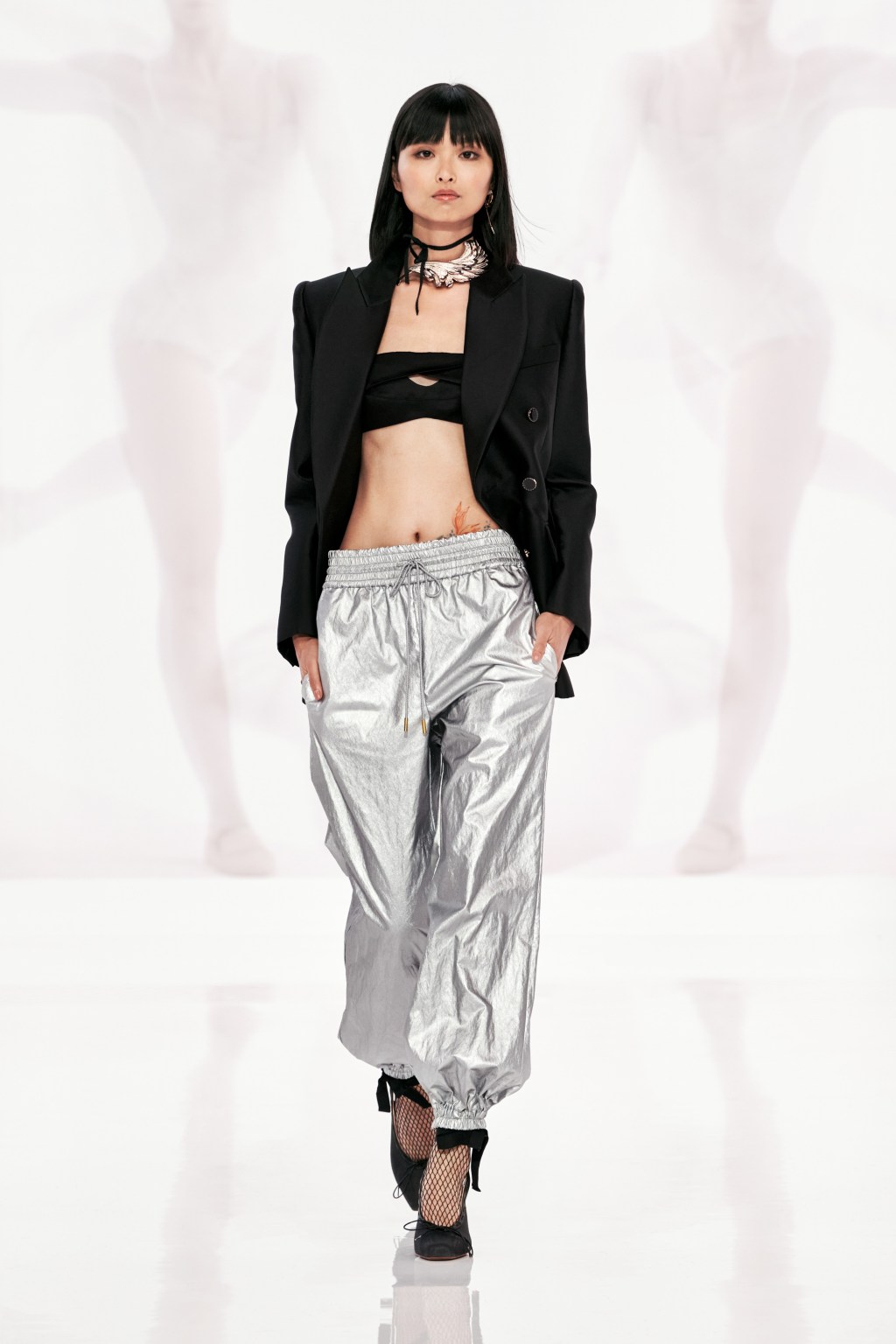 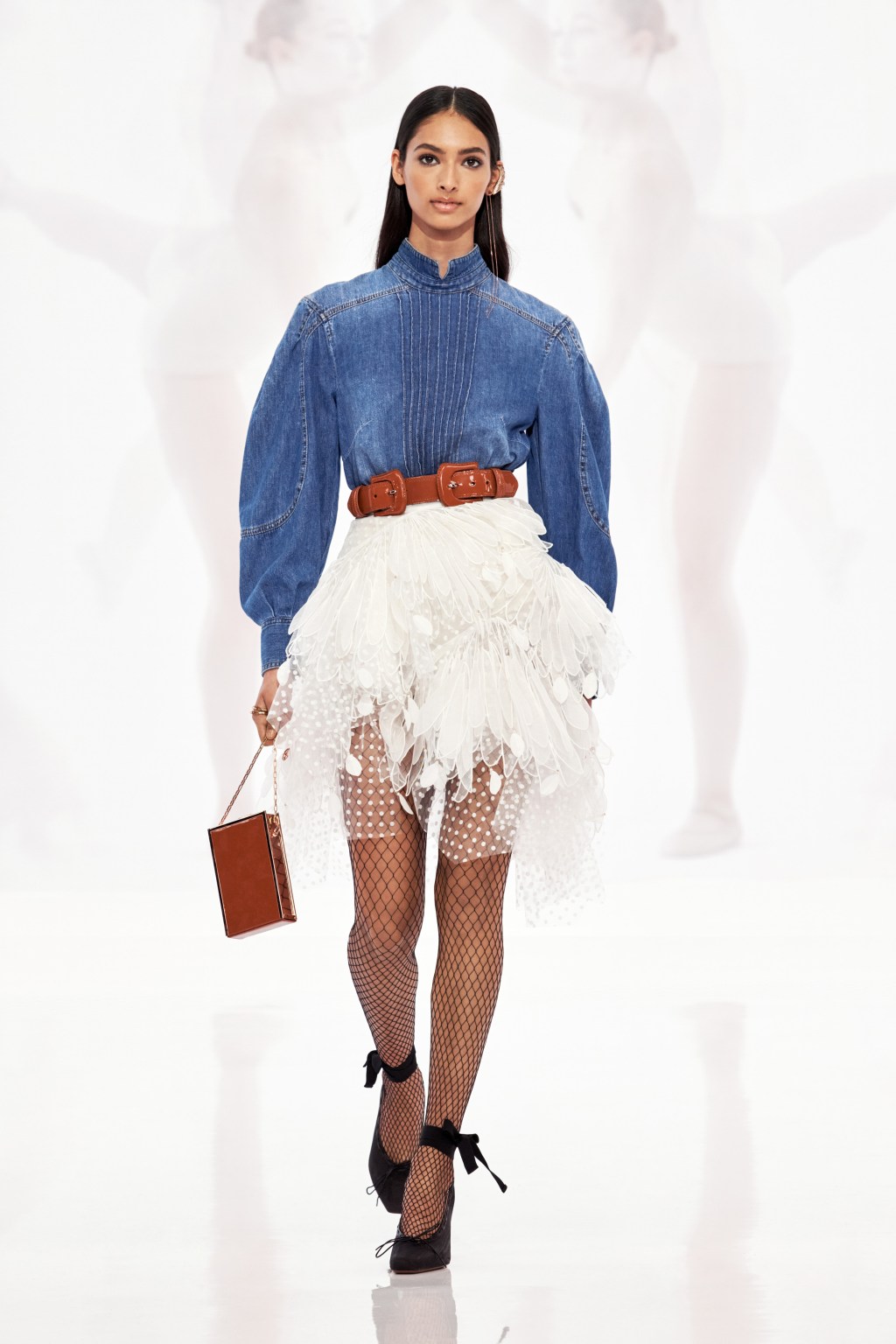 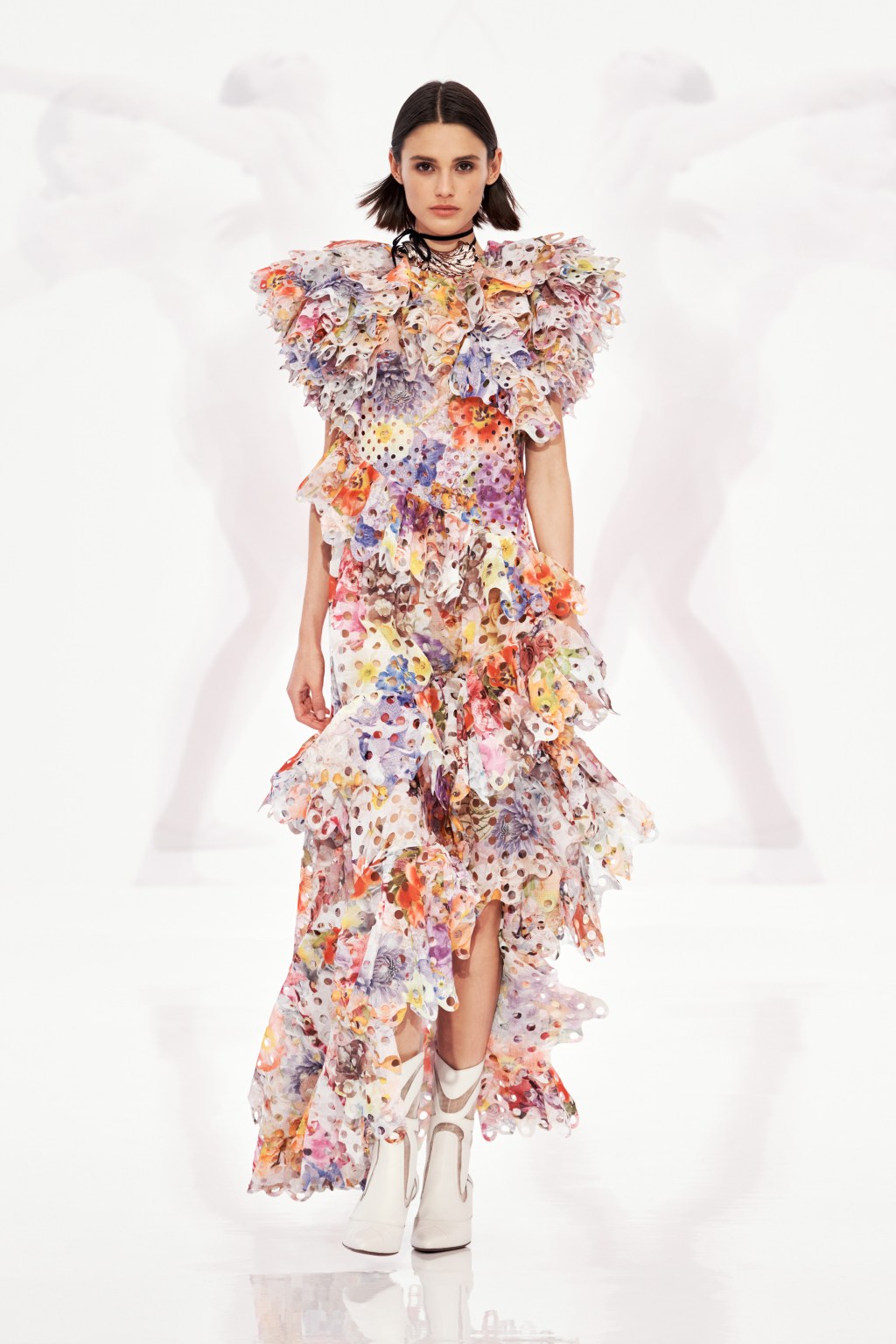 From the beginning, the presentation is a tribute to movement. The background repeats an image of a woman in fluid motion, perhaps a ballerina in rehearsal. However, as the collection appears it becomes clear that this is not tutu cosplay, nor is it rife with irony. Rather, Zimmermann’s knack for dropping just the right amount of inspiration into their seasonal dish, makes this their own take on balletic style – an extensive collection that cherishes the particulars of the ballerina’s style while retaining that Zimmermann je ne sais quoi.

The palette is soft and pretty, with delicate original graphics (created using photographs of florist extraordinaire Saskia Havekes’ arrangements) running as a core print throughout. The idea of juxtaposition is executed literally, with crafted bodices paired with silk balloon skirts, fine lace paired with drill shorts and structural bralettes paired with long ball skirts. And, as with all Zimmermann seasons, the detail of texture is supreme. Feathered layering, rafts of fine tulle, extravagant ruffled shoulders, even a collage of layered organza petal hearts on one of the the most outstanding party dresses.

There are nuances, however. With an intentional dip into nostalgia – dropped waistlines, balloon hems, cummerbund waistlines, wraparound cardigans – The Dancer offers some altered silhouettes. Long-line tuxedo jackets, metallic gold harem pants and loop-belted cargo trousers all offer a fresh look for the now 30-year-old business. The moments of rich blue denim paired with layered white lace were a particularly welcome 00’s throwback and offered an extra cool, casual wearability to some of Zimmermann’s most delicate and beautiful pieces. 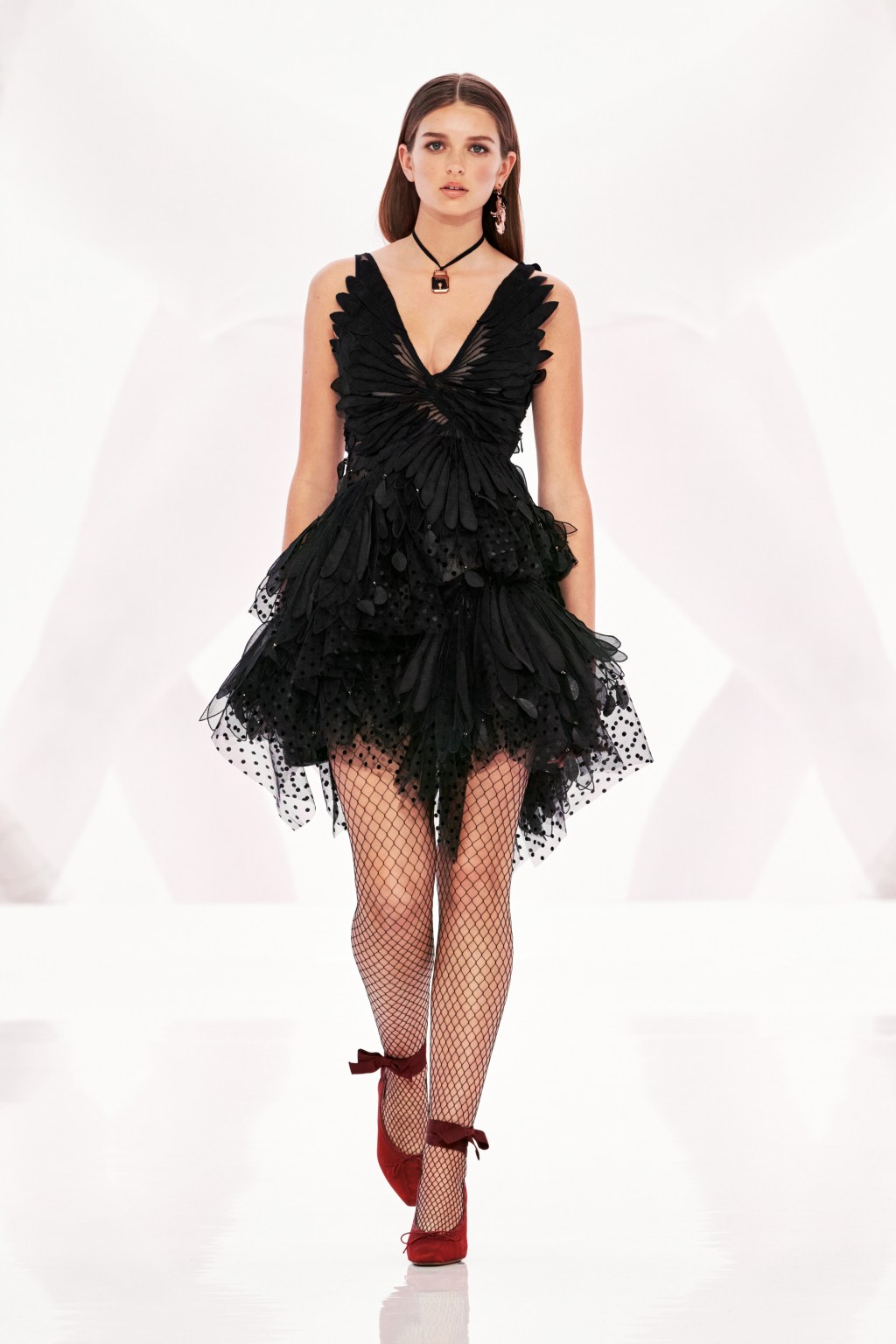 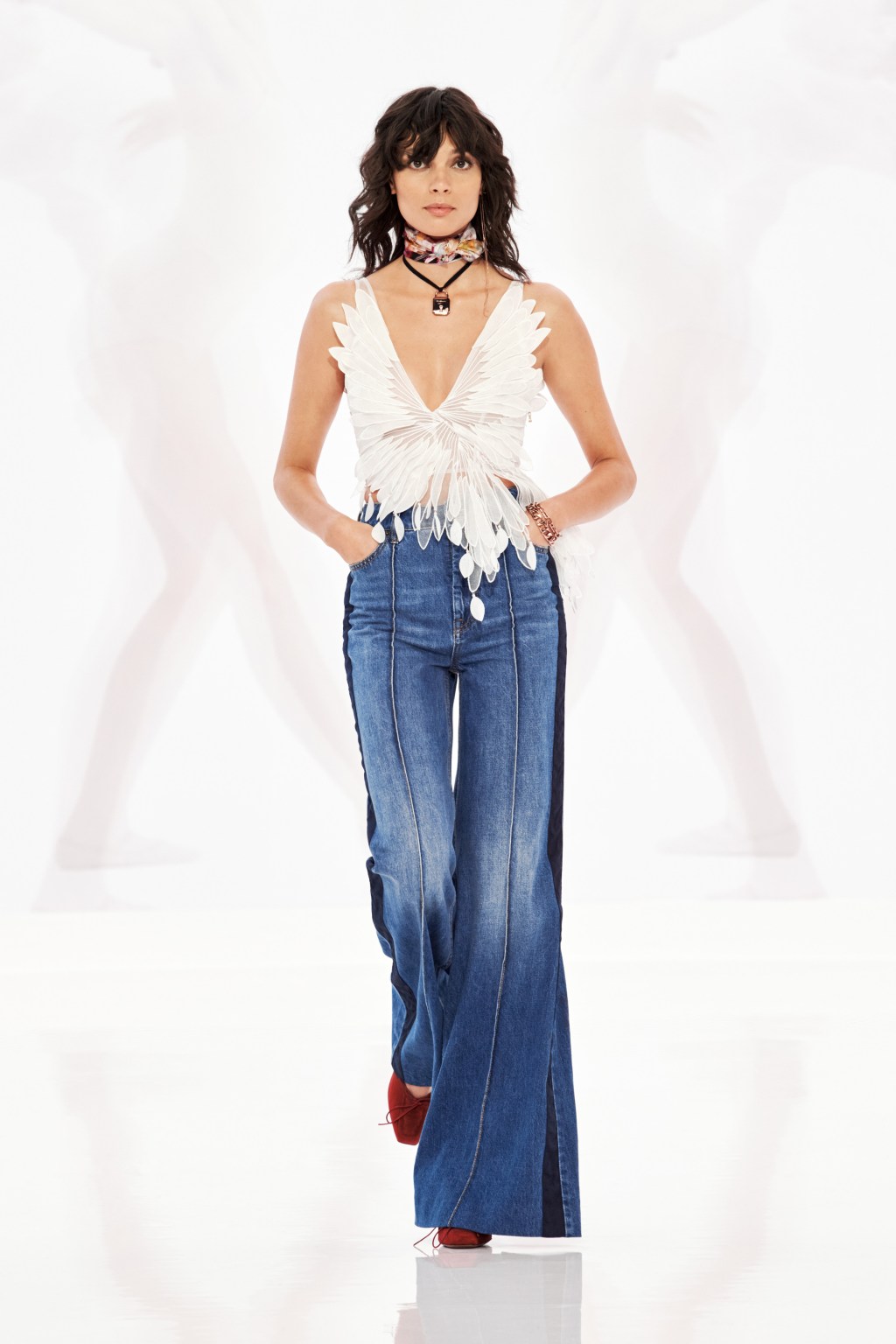 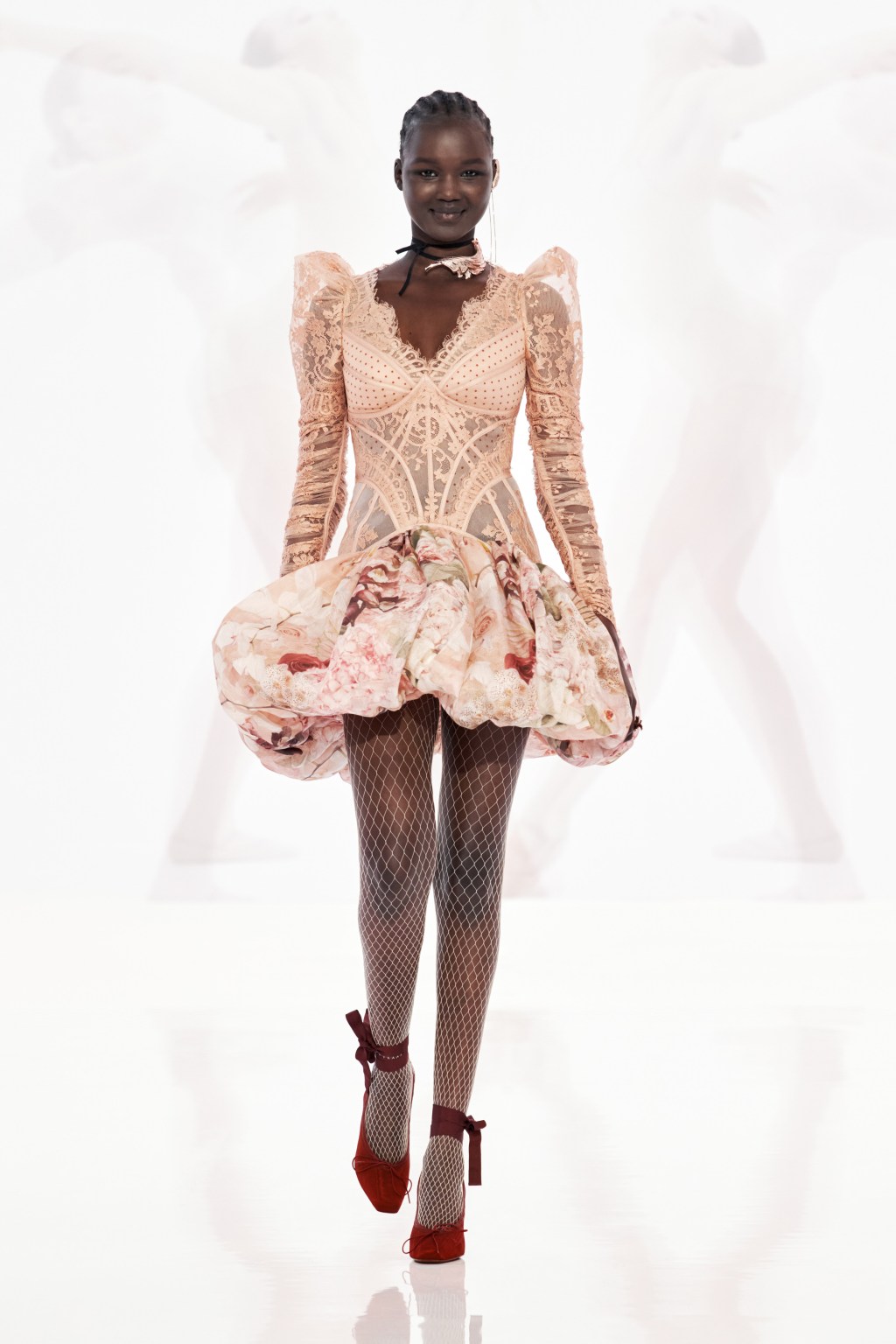 Additionally, the collection offered inspired accessories. Both the mini box bags in tonal leathers and the footwear that swung between hardy grunge-boot and velvety-red, ankle-bow heels were immediately covetable, while the duo of tied silk scarves with ribbon-lock chokers is likely to cause a trendy neckwear overhaul.

Perhaps it goes without saying that all this was done under the constraints and limitations of Sydney’s longest lockdown.

“This is my third Covid collection” said Nicky. “This was probably the hardest one with most restrictions on us. Every time an LGA (local government area) was locked down I’d lose two or three machinists or my cutters. It was certainly a challenge. It was probably the least amount of people we’ve had to work on a show. Everyone was very determined to get it done. I’m very proud of the team. I’m particular proud of this one.”

As she should be. Zimmermann has delivered a range that will excite their very many worldwide fans while undoubtedly unlocking even more. Perhaps their success comes down to balancing a seasonal reinvention with keeping true to their roots. Perhaps it’s because their designers remain personally enamoured by the pieces they send down the runway. Perhaps it’s because the clothes are just really, really nice.

“I love the tuxedo suiting. I oscillate between quite full on dresses to quite tailored suiting, so there are pieces in there I absolutely love. Particularly the tapered pencil suit pants. For the last dress on Charlee Fraser, we’ve done all this athletic panelling [with] a beautiful billowing skirt. And we’ve placed the print running through the middle of the body and up the bodice. It’s one of those pieces…when we came up with the idea, it’s certainly doing what we wanted. It’s something I would definitely personally wear.” 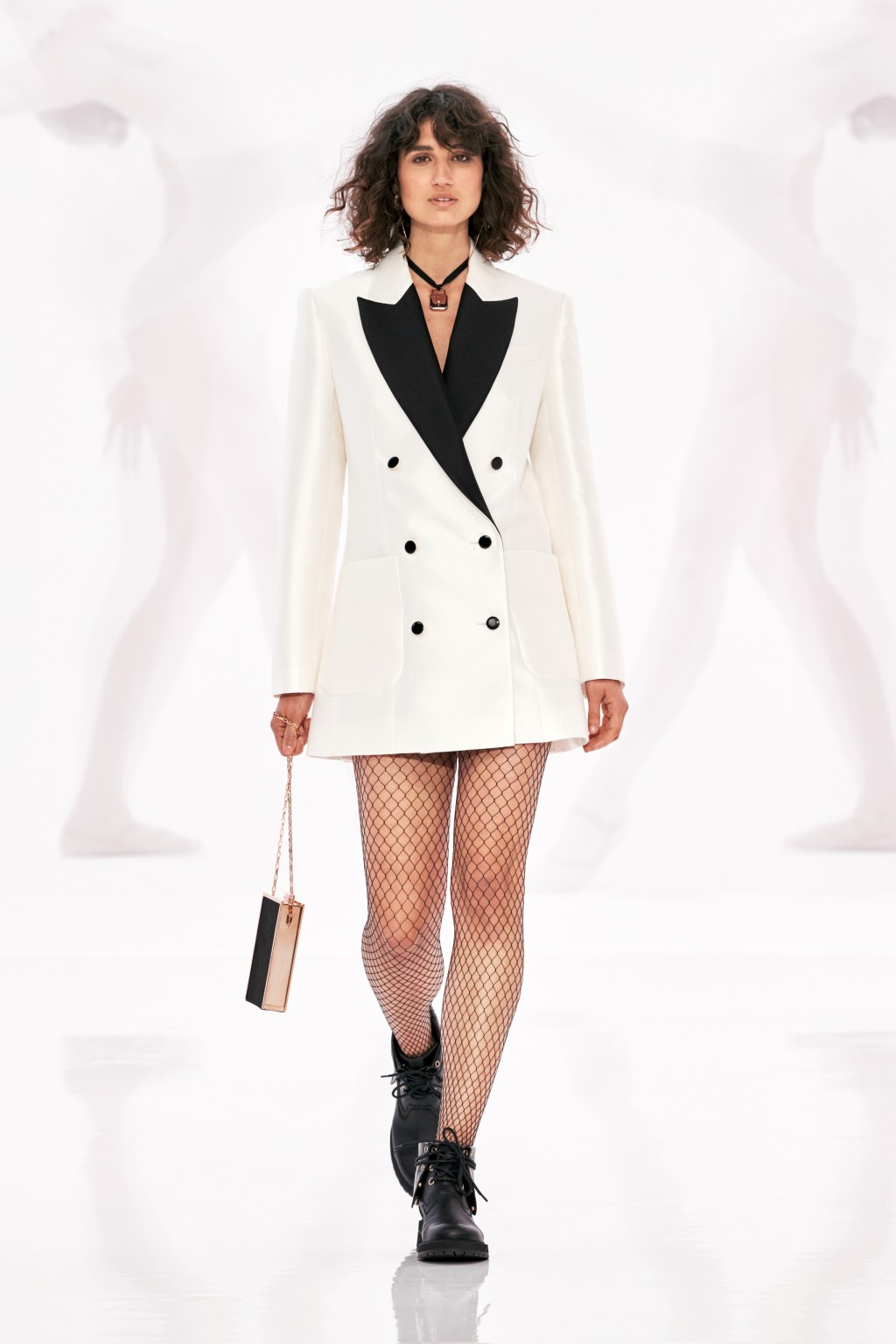 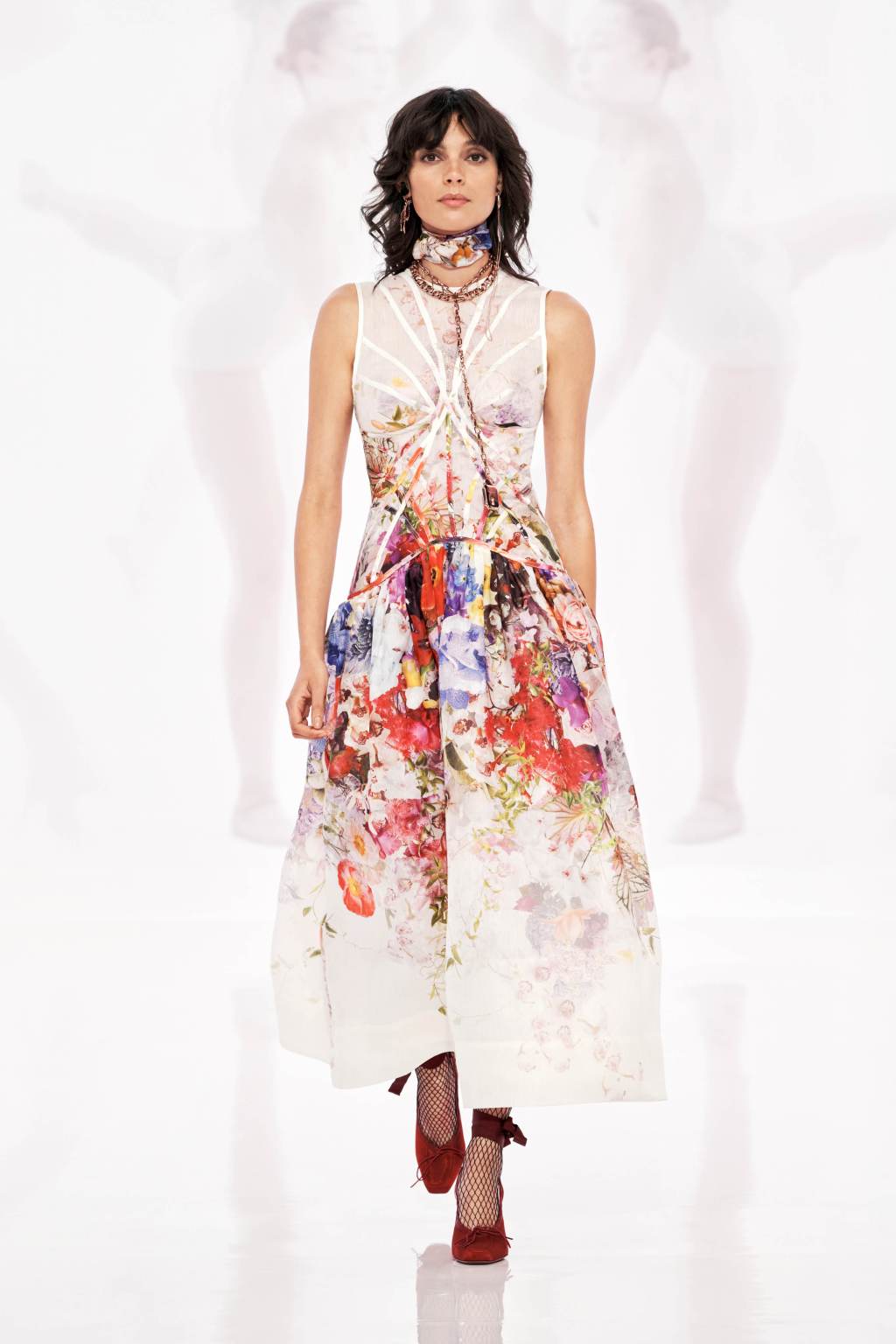 The contrasts and themes in this collection make it particularly relatable. Could it be because this character, this dancer, is actually all of us? A reflection of our subconscious as we emerge from rehearsal, ready for our metaphoric return to live performance? Nicky laughs at the thought. Or maybe it’s because so many of us spent our youth taking classes that required us to arabesque, jeté and step-ball-change only to leave it all behind when life and all the boring grown up stuff took over. And although Nicky and Simone seem to have omitted the shimmer tights, the badly-cut leotards, the windcheaters and all the bobby pins, the escapist indulgence of what we wish our dancer’s wardrobe looked like has been absolutely captured.

Photography with thanks to Zimmermann.