In 2014, Kim Kardashian fronted her first ever Vogue cover – with her husband Kayne West no less. The cover reveal was documented on Keeping Up With The Kardashians where the reality star’s sisters Kourtney and Khloe pretended not to care about what Kardashian viewed as the biggest accomplishment of her working life. In the end, the family framed the cover and gifted it to Kardashian. It was a whole affair.

But we wonder if the now-38-year-old ever knew Anna Wintour actually refused to invite her to the Met Gala?

“As fashion lore goes, Wintour resisted [Kardashian’s] attendance for years, refusing to accept reality shows into the exclusive realm of the A-list,” reports E! News. “The Keeping Up star made it in on a technicality when Kanye West performed in 2013 (you can’t very well deny the headliner his plus-one) and her sheer presence there elevated her past her reality beginnings.”

In April 2014, Radar Online reported Kardashian was forbidden from attending the Met Ball by the event’s co-chair Wintour. “Anna hates Kim,” a ‘source’ told the publication. “Why would she be invited to the event? It is all the biggest stars in the world and Kim doesn’t fit that bill at all. The Met Gala is $25,000 a ticket, but Kim can’t even buy her way in, Anna Wintour does not want her there!”

Grain of salt with these quotes. It would all appear water under the bridge now, anyway. Kardashian – and her sisters – have Gala staples for years, even arriving in the covetable final red-carpet spot.

One juicy little piece of information that is actually true is how Wintour snubbed supermodel Coco Rocha in 2017. After years of attending the event, Rocha told The New York Post she didn’t received an invite. Why? “I don’t know,” she said. “You’ll have to ask Anna that.” (A rep for Vogue said they do not comment on the guest list.)

The Met Gala began in 1846 as a run-of-the-mill charity ball. Wintour took over in 1995 and does her very best to preserve its upper-class heritage. One way she can control that is through the guest list. Nowadays the likes of Kanye West and The Weeknd perform and it is one of NYC’s biggest fundraisers. The 2016 event raised USD 13.5 million ($19 million) for charity.

“While the committee isn’t reflective of the Met Gala guest list, it’s certainly true that of late there has been a stronger presence of Hollywood names on it,” Wintour told THR. “Obviously it helps that well-known names draw attention to not only the gala but also to the exhibition and to the museum; for all the starriness of the names on that one night, we never lose sight of the fact that the aim of the gala is to raise funds for the Costume Institute, so we can support its place in the cultural life of New York City and beyond.”

The 2019 Met Gala red carpet will air in Australia on Foxtel’s E! Channel on Tuesday May 7 AEST. It will also be streamed via E! News and on US Vogue’s Facebook page. Check back at grazia.com.au for all the coverage from the carpet and on the ground in New York City. 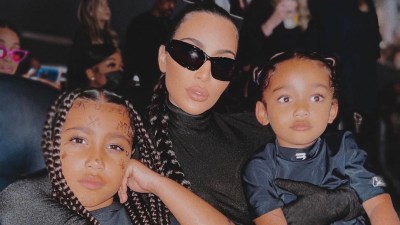