Who are the rising stars in the TOMMY JEANS Spring Campaign?

From R&B musicians to photographers and models, this special capsule's about inclusivity and diversity

When we saw the images for TOMMY’s latest collection, it wasn’t just the clothes that caught our eye. In celebration of the brands Spring 2018 capsule collection, a diverse team of ‘up and comers’ have been recruited to champion the brand’s message of inclusivity.

All manner of street creatives has been included from R&B musicians to a talented photographer and model, all wearing the brand’s newest pieces, which were created to embody its intriguing past and musical heritage.

Staying true to the TOMMY JEANS essence, there are pieces featuring the signature nautical look and Hilfiger red, as well as some more adventurous elements like neon yellow and a refreshed edition of the 1997 ‘Fly’ original sneakers.

Of course, no Hilfiger range would be complete without some classic denim, with blue cropped jeans, loose Chinos, light blue dungarees and printed pants all making an appearance in the range and at The Iconic, Universal Store and Myer now.

GET TO KNOW THE CREATIVE CREW IN THE TOMMY JEANS CAMPAIGN

JELANI BLACKMAN This British music artist-on-the-rise has worked closely with TOMMY HILFIGER in the past, being flown to Milan by the brand for its AW18 show at Fashion Week. Spotify is his preferred platform for sharing music and where you’ll find all his latest hits. 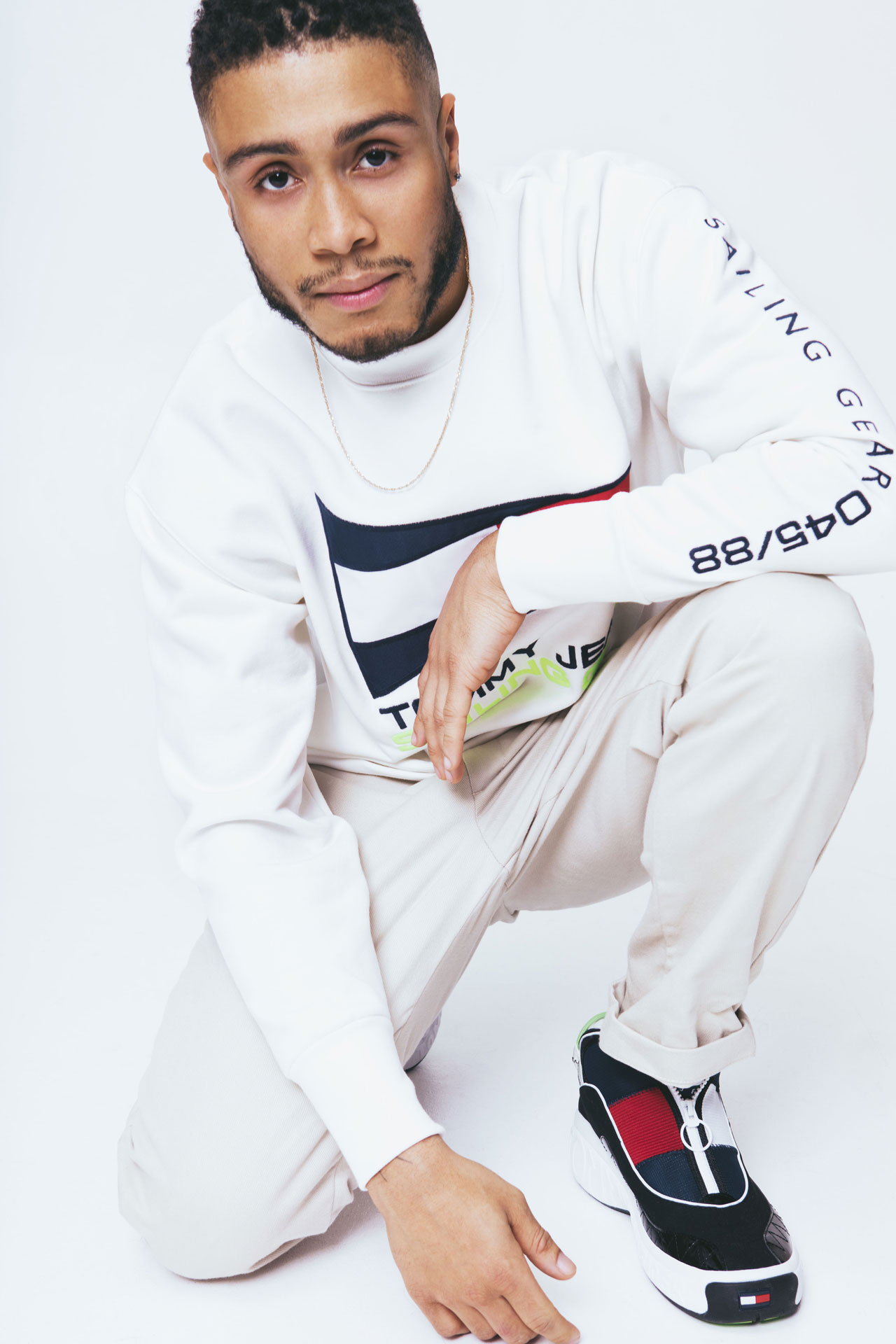 IAMDDB Known off-stage as is Diana Debrito, this musician is a fierce competitor on the jazz, rap and trapp scenes. She has been writing music since she was just seven years old and sought guidance from her musically gifted Angolan father, as he was in the profession himself – clearly the gene runs in the family. Even with the many years of songwriting, IAMDDB didn’t find her jazz roots until a trip to Angola by herself at 21 following a bad break up. Clearly, the journey paid off as she just listed as third in BBC’s Sound Of 2018. 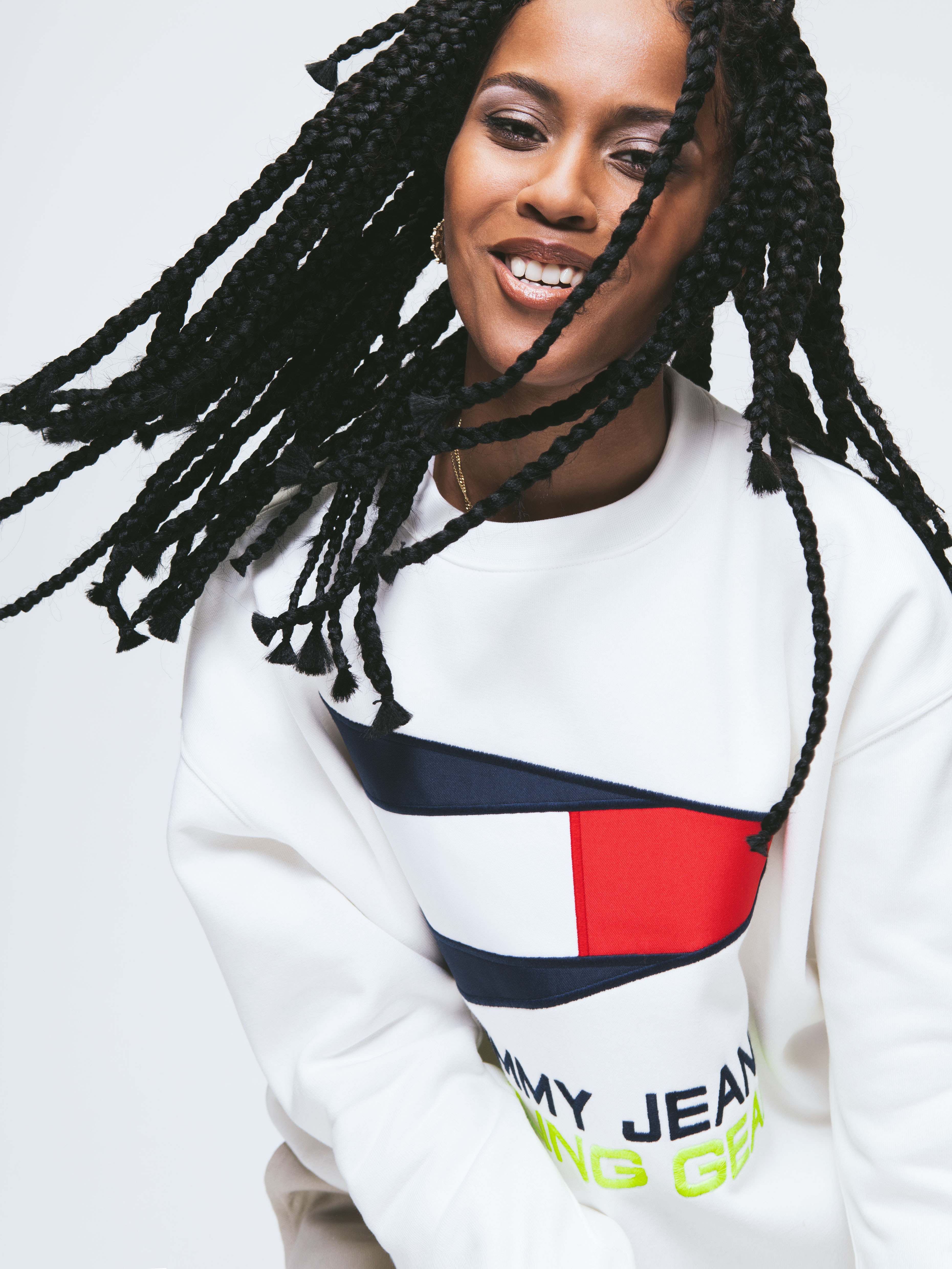 SALMA SLIMS Born in America to Islamic immigrants, it was her experiences during childhood that lead this singer to find her passion for music. Before starting high school Slims’ parents lost most of their money through a deal gone bad and her lifestyle drastically changed. “My family was well off, and then all of a sudden I had nothing,” she has said. “I was so confused about everything that was going on. That’s when I really got into music. I had to figure out how to get it all back.” 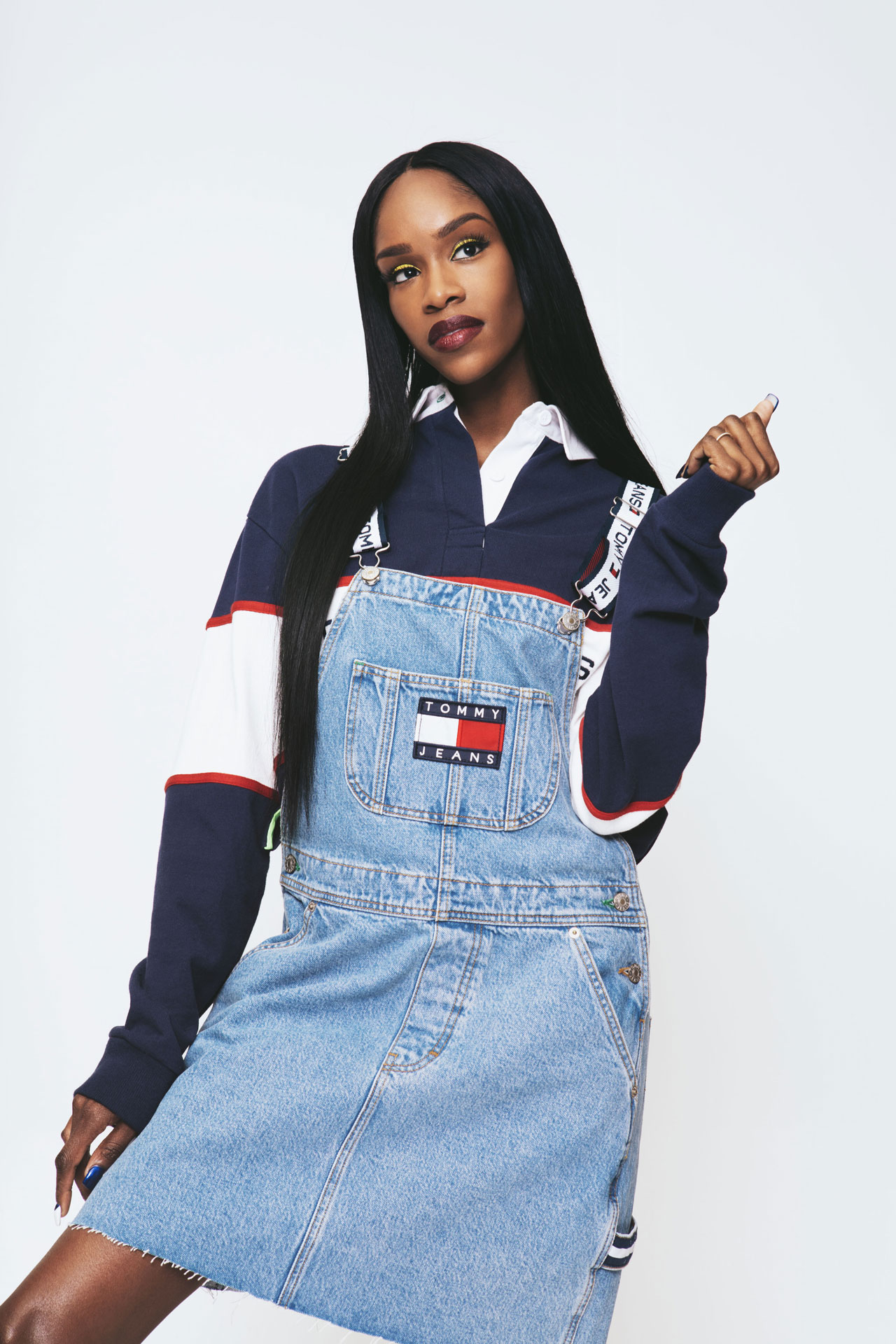 REI He is an enigmatic soul with an underground following and a smize that would make Tyra Banks proud. It’s this air of mystery that is part of Rei’s allure and individuality. He brings a unique sense of diversity to the campaign and is a face to watch… if you can find him. 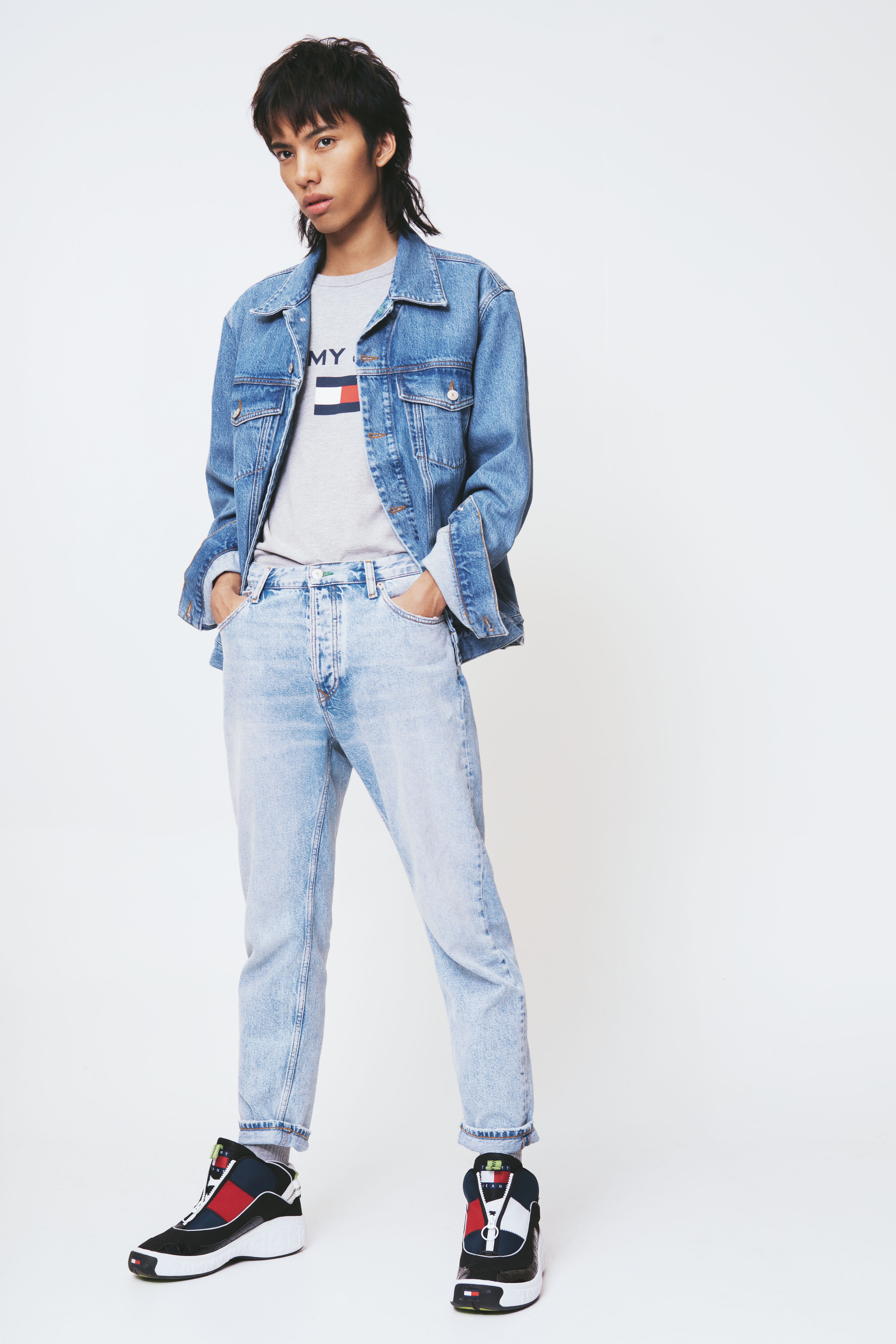 PALOMA FORD The 31-year-old started to gain recognition in 2007 when she was a backup singer for Macy Gray, and she’s only grown from there. American pop and R&B are her speciality, with over 300,000 followers on social media who can’t get enough of her music. 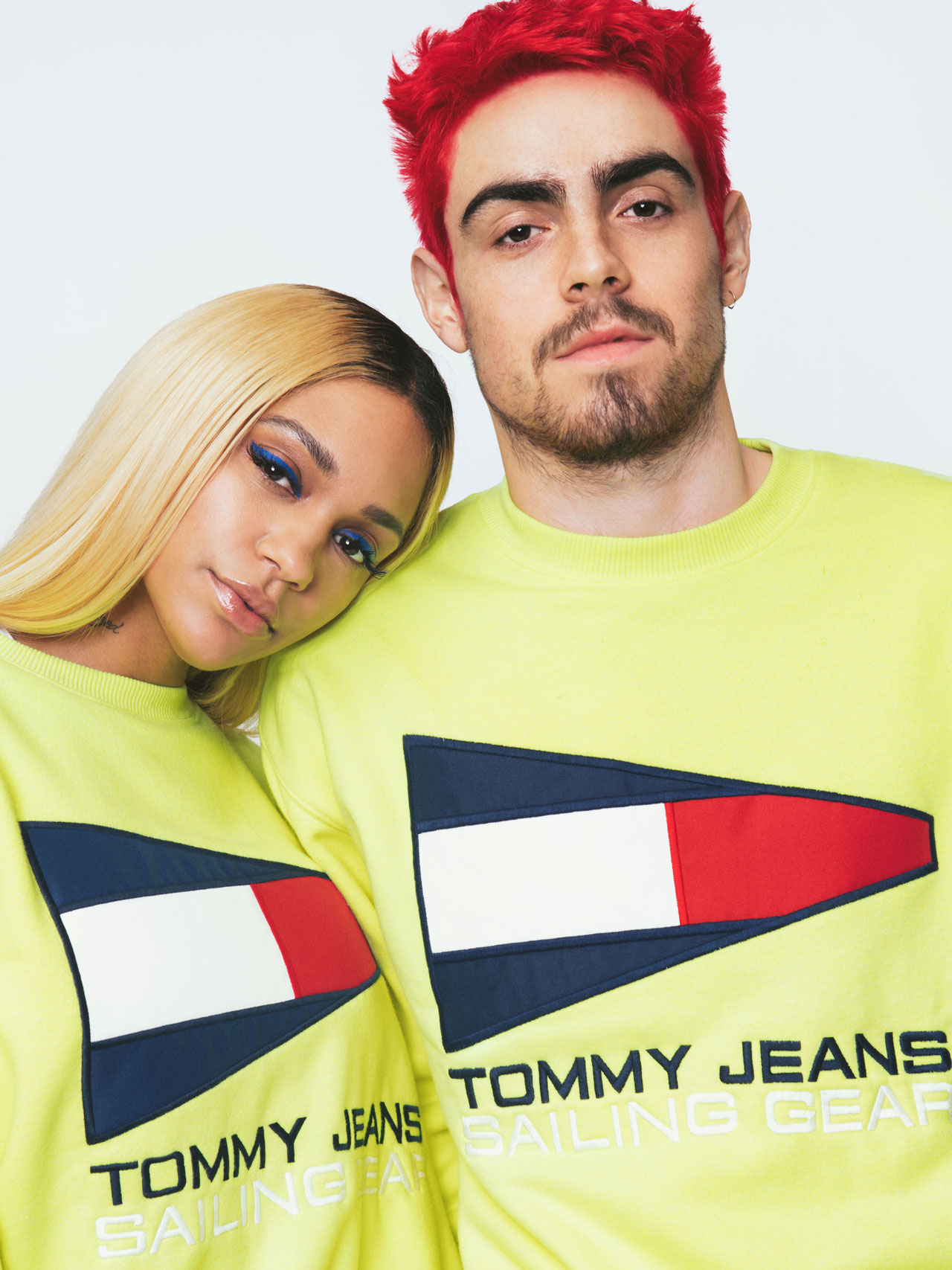