Selena and Hailey: The Aftermath Of Yesterday’s Single Drop And How Both Women Have Now Been Hurt By Each Other

When all three parties – the man, the ex and the new wife – are all ridiculously famous, breakups are experienced at an unprecedented magnitude

I’ve always wondered what it would be like to date someone famous or with a famous ex-partner. Post a break-up and in our connected world, the famous person wouldn’t ever really disappear and would likely rear their head to remind you of a new project they are working on, how blissfully happy they are with their new partner and just how successful they have become in life and love – according to Instagram, anyway.

It’s little wonder Jennifer Aniston didn’t get social media until very recently. This purposeful move has shielded her from those trashy headlines: how she’s beautiful-but-damned given her seemingly unfulfilled romantic life. She also hasn’t had to see pictures of ex-husband Brad Pitt and (now ex-wife) Angelina Jolie. Out of sight, out of mind, said Jen. Ah, to imagine this blissful, Instagram-less state is intriguing. The mind boggles.

So how do you think Hailey Bieber (nee Baldwin) would have felt when she listened to Selena Gomez’s stirring new track “Lose You To Love Me”? Released yesterday, it chronicles – for the first time – the break-down of her relationship with Baldwin’s now-husband Justin Bieber. For those who haven’t listened to the track yet, here you are – and pay special attention to the lyrics “In two months you replaced us/ Like it was easy/ Made me think I deserved it/ In the thick of healing”.

After years of dating on-and-off, Gomez and Bieber split in March 2018. He began dating Baldwin in June and by September, they were married. I often did wonder what the post-Bieber break-up journey looked like for Gomez. Seeing a partner move on so quickly would be hard enough if you’re a regular citizen who pays regular rent at their regular job. But to experience a blow and all its messy pieces on this scale, in this Instagram life, would send me crazy. Gomez took time out from social media and according to friends, the wedding was “a hard pill” to swallow.

But now, Gomez has purposefully put Baldwin in that position by publicly harping back to the time she and Bieber were the talk of this crazy town. Today’s Explore Feed is littered with Gomez, Baldwin and Bieber. The noise is loud and inescapable and completely interrupts Mrs Bieber’s post-second-wedding moment. 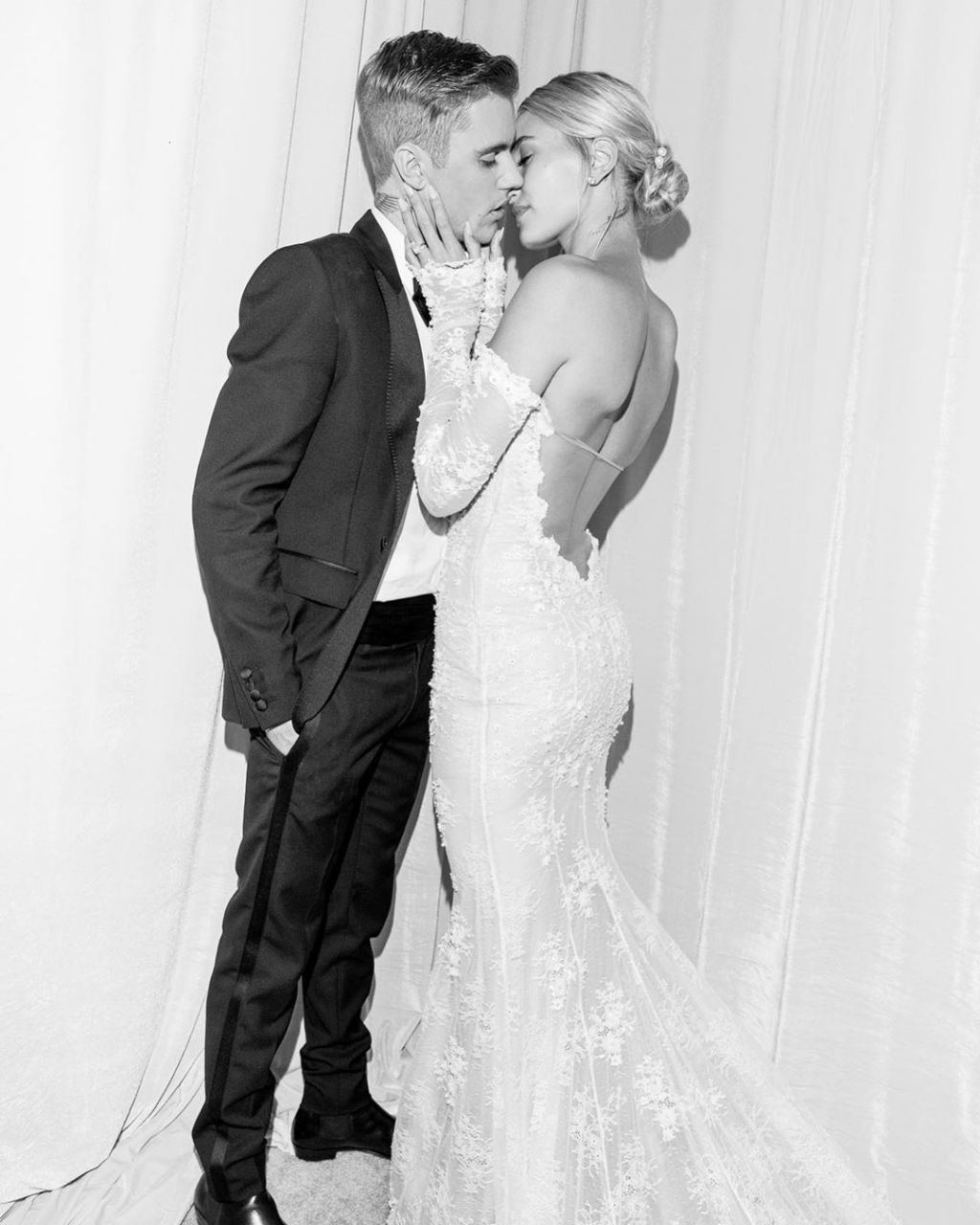 How do we think Baldwin reacted behind closed doors? How would Bieber have comforted her? Did Bieber send Gomez a text? Did Baldwin call up friends Kendall Jenner? What happened? The only insight is Baldwin’s Instagram story posted minutes after Gomez dropped her single. It was Summer Walker’s new song “I’ll Kill You” and with its lyrics directed at women who might come between her and her man by a grand declaration of love, onlookers have interpreted this as aggressive shade. They are probably right.

Two women have been hurt here by the same highly silly man. And while I love Gomez’s track, why do both ladies continue to fight fire with fire?

The lesson? Be more like Jennifer Aniston: Out of sight, out of mind. “And that, my friend, is what they call ccccllloossure.”

The Hot List: 10 Moments Of Retail Respite, As Curated By Team GRAZIA