The celebrity hairstylist has revealed the moment they made the chop. It would later become Diana's signature look...

Ever since she was thrust into the spotlight at an early age, Princess Diana has been a sartorial icon; from her daring style moments to her 80s feather blow dry and later, her signature cropped haircut. Stylist to the stars, Sam McKnight, has recalled the moment the Princess made a split-second decision to make the chop.

Speaking with British Vogue, McKnight met the Princess of Wales on the set of a photo shoot for the same publication.

“The first time I met the Princess of Wales was on a shoot,” he said. “This leggy blonde comes bouncing up the stairs, smiled and made us all melt, and it was Princess Diana.”

It was McKnight who styled the Royals’ hair saying, “I made it look short under the tiara — I faked it a bit.”

At the conclusion of the shoot, Diana approached the hairstylist and asked him to work with her personally and allowed him to do what he liked. He remained her stylist from 1990 until her untimely death in 1997.

“I said, ‘I would cut it all off and just start again,’ ” he recalled. “It was the beginning of the 90s and it was at the time that I was doing lots of shows and covers and a lot of the girls had short hair, and we were moving from the big frou-frou 80s into the sharp, more androgynous, business chic of the 90s.”

She allegedly responded, “‘Well, why don’t you just cut it off now?’ So I cut it off then and we never looked back.”

McKnight, 65, has famously worked with Kate Moss and Lady Gaga in the past. Emma Corrin, who played the late-Diana in season four of The Crown, was also styled by hairdresser for another shoot.

“From one Princess Diana to another,” the stylist said. “I remember that day. That was my first job after the first lockdown in summer [2020] and I remember when the job came in I wasn’t quite sure that I was the right person to do this… And actually it was a pleasure and Emma was a pleasure, and I was quite taken by how alike Emma was to Princess Diana in her looks. And she was such a lovely girl that any doubts and fears were laid, and I think it’s a great cover.”

Talk about a full circle moment. 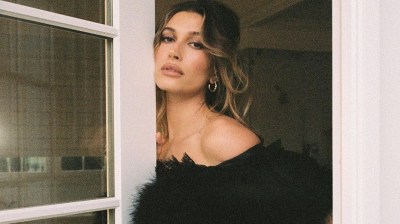