Few industry debuts can compare to the one enjoyed by Rachel Vosila, the youngest designer showing her work as part of Local Design’s showcase of Australian designers exhibiting their work in Milan.

At just 25-years-old, Vosila made her name off the back of a yearlong project wherein she challenged herself to design, create and share a chair every week for a year. It was a process through which she quickly forged a sense of self through her design work by questioning the manifold ways to answer the question, ‘What is a chair?’ The finished piece shown at Salone, the Pill Chair and a companion piece both made from stunning Victorian Ash, not only answers that question but also makes us ask one very important question in return.

Specifically: ‘Can you make us one?’

could you tell us a bit about your creative journey and how you came to be here today? “After graduating from the University of New South Wales’ College of Fine Arts in 2014, I began working in furniture retail just trying to get a sense of the industry. That job came to an end and I just thought, ‘I really want to do something that gets me making again’, and I wanted to be held accountable to creating and designing consistently. So I came up with the slightly crazy idea of building a chair a week. And I did it.” As part of her One A Week Instagram project, Vosila made a chair each week and shared the results with an audience that kept her both creating and accountable. Above, the first iteration of the Pill Chair shown in Milan
CREDIT: @rachelvosila

“It was a really fantastic experience because it forced me to search all the corners of my brain to question the idea of what a chair could be, while engaging with social media and learn all these fantastic new skills that I didn’t quite develop at university. It also helped me develop an aesthetic that I could call my own. This chair here is one of the designs from that project that I’ve refined a little bit for Salone. It’s brand new, and I only just finished it before shipping it over here. It has been received quite well, and I think people have liked it.”

“The original was about three inches big – I originally made a little maquette and shot it to look full size!”

How would you describe the aesthetic that you’ve honed? “That’s a hard question. I definitely like clean, simple lines. I want to stay true to the materials and their aesthetic – at the moment, anyway – and let the design speak for itself.”

Do you think that there’s a quality unique to all the Australian designers showing here that differentiates them from everyone else? “I think, especially in the case of this exhibition, a lot of us are designers and makers. We have a hand in actually selecting the timber and finishing the processes, and putting things together ourselves and I think that’s where a lot of our designers set themselves apart because we are so involved in the process. We often leave timbers with a very natural finish and favour more natural, earthy tones just judging by what I’ve seen here and previously. I think, for me anyway, we’re really invested in the process and remaining true to what the concept is what and we want to portray through materials.” The finished product: Vosila’s Pill Chair and side table made from Victorian Ash and shown in Milan’s Teatro Arsenale as part of Salone del Mobile 2016
CREDIT: Fiona Susanto

What has been the driving force behind your decision to pursue a career in furniture design? “It’s funny because I never studied art or design in school. I wasn’t really interested in anything that I studied so I thought I would go and study sculpture, which was a great way to immerse myself in the creative culture of Sydney. It’s just such a fantastic industry, and being involved with Local Design for the past year has been [reassuring] to see how much genuine interest there is in what Australia is doing.”

Is this the first time that you’ve exhibited your works publicly? How have you found the reception to your work, both locally and abroad? “Oh yeah, absolutely! It has been really fantastic, especially back at home. There was a lot of interest in [One A Week] and I think people enjoyed it because the designs were just a little bit different to what else has been happening.

What then do you think you’ll take home with you from Salone? “The one thing that I’ve taken away is just how much I want to take things to the next level and better myself as a designer; to remain true to the concept that I have as a designer, and remaining true to myself, so hopefully I can show here again in the future.”

What’s next for you? “To further refine some of the designs and chairs from last year into a collection, which I can hopefully launch towards the end of the year and sell commercially as a more conceptually refined concept. I will probably manage and manufacture that myself.” Is there a piece of advice that you would’ve appreciated for yourself when you were either thinking of getting into object design that you would hope to instill in any aspiring makers? “I was really overwhelmed with at the beginning, because there is so much great design out there. I felt that I needed to draw on successful aspects of other peoples’ furniture to make furniture that would be well received, but I felt that I wasn’t being true to what design actually is. All I needed to hear is just to remain true to what you want to design and don’t be afraid to do something that might be considered different. Just keep working at it. That’s all I want to do, to just create the best work that I can with the materials I have. That sounds really cliché, but it’s true.” 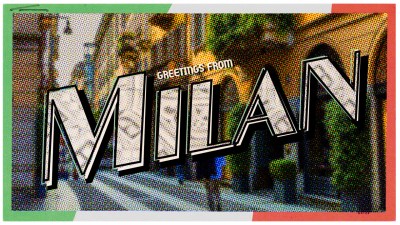