With special cameos from Joan Didion and Pina Bausch

“I’m not so interested in how they move as in what moves them,” said the famous choreographer Pina Bausch, who served as inspiration to the Serbian-British designer Roksanda Ilinčić for her Spring/Summer 2022 collection. Titled “Women in Motion”, the collection was an ode to the joys and creative possibilities of movement—something we all came to respect over the last 18 months. “This season sees a navigation of the intention to capture a kinetic vibrancy that surrounds the process of change,” says Ilinčić in the collection’s notes.

To consolidate this theme the designer tapped her friend, the artist Holly Blakely—with whom she has collaborated on multiple occasions in the past—to create an immersive dance performance piece to accompany the collection’s launch. Blakey debuted the performance as part of Roksanda’s SS22 runway presentation in London’s Serpentine Pavilion this afternoon, incorporating 16 of the 40 looks into her piece. Blakely’s brief was “to encapsulate the anger and love, happiness and loss, and all the vivid emotions of the last 18 months”, and did so, with a stirring performance that incorporated both models and professional dancers. This also marked the fourth consecutive season Roksanda had shown at the Serpentine Pavilion, which recently tapped Sumayya Vall—the youngest architect ever commissioned by the Serpentine—to reimagine the Pavilion space.

Roksanda’s cult following hinges around her impeccable use of colour, and SS22 was no exception. Flowing silk evenings gowns, deconstructed suiting, voluminous trench coats, and sculptural dresses came in a resplendent array of colours, indexed by Ilinčić in notes to press after the show: elderflower, acid pink merlot, iris, vermillion, coral, oatmeal, marigold. The menswear-inspired tailoring offered a modern take on the traditional ‘80s mens suiting, while knitwear came to life with tactile elements like acid-hued woollen tassels. Ilinčić’s clothing is deeply, unapologetically feminine, so it was fitting that she paid homage to one of our generation’s most celebrated female writers, Joan Didion, by stitching passages from her 1968 book of essays Slouching Towards Bethlehem into some of the pieces. “There’s always a feminine perspective to everything I do,” she explained. “So it was quite nice to have these words.” Quite nice indeed. 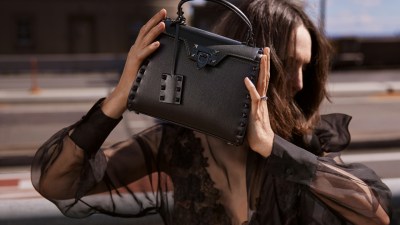 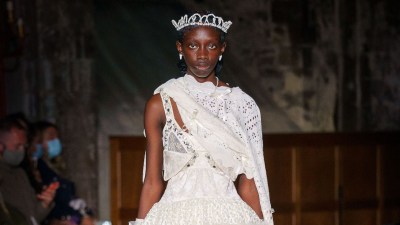 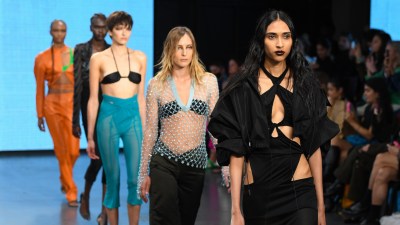 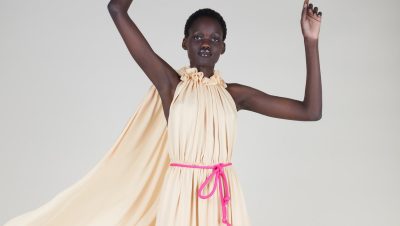