Patrick Ta's "lewk" is everything

Patrick Ta just served us one of the most epic winged eye’s we’ve seen in a long time. “The LEWK” – on pop singer Rita Ora – was a spectacular take on a classic and sometimes tired beauty move, and was actually was inspired by a fellow makeup artist.

“The LEWK @ritaora For Jimmy Fallon! Inspired By @patmcgrathreal,” he wrote on Instagram. Tapping McGrath’s dramatic aesthetic, Ta painted a thick, jet-black wing across Ora’s entire lid, keeping the bottom bare. Almost neoprene-like in finish, it was a graphic, modern take on an old classic. But unlike the cat-eyes of old, which were a little more whimsical in their articulation with curled, feminine flicks – Rita Ora’s winged eye was straight, angular and sharp at its edges. It was as straight to the point as you can get.

If you are game and want to boss up your lids like Ora, the trick is to trace a line around a little piece of tape, so as to avoid any rogue colouring outside the box (or wing). And keep the rest of your makeup neutral with a nude lip and classic complexion to offset the drama. Big and beefy, this winged eye is the ultimate beauty power play. Because nothing says boss like a big, graphic swoop of black. 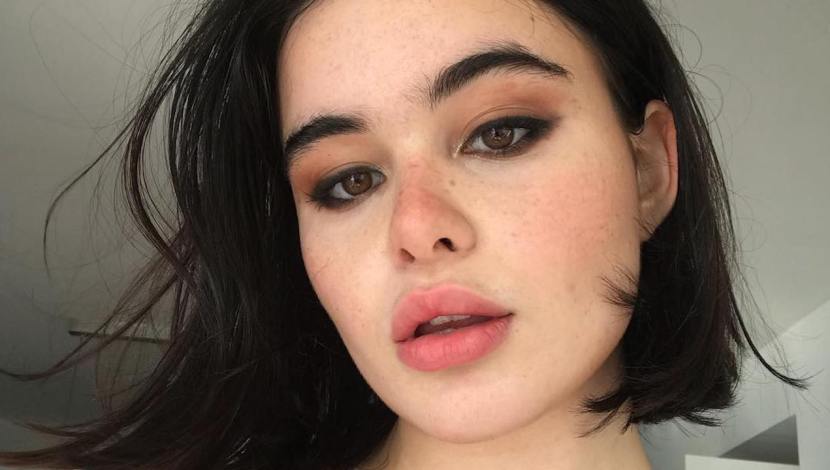