Elvis’s granddaughter goes from one gritty role to the next Riley Keough (also known as Elvis Presley’s granddaughter and star of the addictive The Girlfriend Experience) is set to star opposite Al Pacino in a new HBO Films project about Joe Paterno. The latter was one of the most victorious and “winningest” American college football coaches in history who became embroiled in a serious child sex abuse scandal involving Jerry Sandusky at Penn State 2011.

The story tells of how Paterno – and other college officials – were aware of Sandusky’s crimes against minors but chose to look the other way. Sandusky was arrested on 52 counts of child sexual abuse between 1994 and 2009.

While Pacino will play Paterno, Keough will play Sara Ganim, a 23-year-old journalist who first reported on Sandusky – also an American football coach who was later convicted of child molesting and serial rape thanks to Ganim outing him to the national media. She later won a Pulitzer Prize for her work.

The 28-year-old first appeared in The Runaways with Kristen Stewart and Dakota Fanning in 2010. But it was her role as Capable in Mad Max: Fury Road that put her on the map before she ultimately landed the sort-after role of high-end escort Christine Read in The Girlfriend Experience. The latter was critically lauded as “mind-blowing, complex, steely and utterly original TV”. 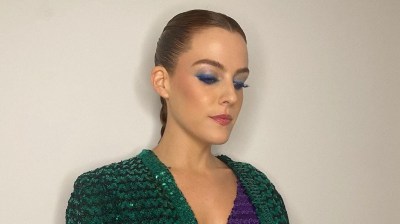