Rihanna pledges a style declaration to Dior and the double bag trend, but diverges when it comes to her footwear

Rihanna never does things by halves. In fact, when going out for dinner in L.A., she actually doubles up, wearing Dior on Dior (on Dior). Clad from head to calf in Dior’s blue logo mania original Oblique pattern, the singer made her way into Giorgio Baldi in Santa Monica, a spot she frequents when in Los Angeles.

The PDDA (public display of Dior affection) was a bold, outwardly love declaration for the brand, featuring their famed logo print in myriad incarnations. There was a singlet dress with CD hardware, a Mini Book Tote, a Saddlebag, an anorak and a bucket hat, which featured the print in either discreet flashes or audacious, unrelenting glory. 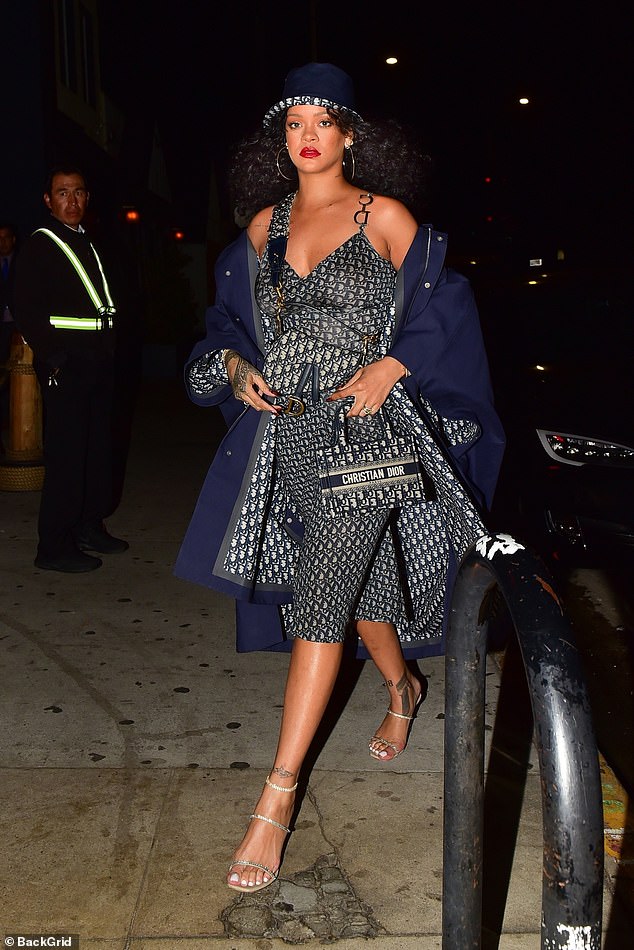 It also fused many of the season’s biggest neo-nostaglic trends – bucket hats, slip dresses, saddlebags and logo – all the while championing the Maison’s iconic monogram. Perhaps most interesting, however, was Rihanna’s double bag drop. For most, one Dior bag would suffice (or rather, excite!). But when you’re Rihanna, one is apparently not enough. With Dior’s iconic ’90s Saddle slung across her chest, she also clung to the brand’s Blue Mini Dior Book Tote, an original style introduced by Maria Grazia Chiuri which has seen unprecedented success. 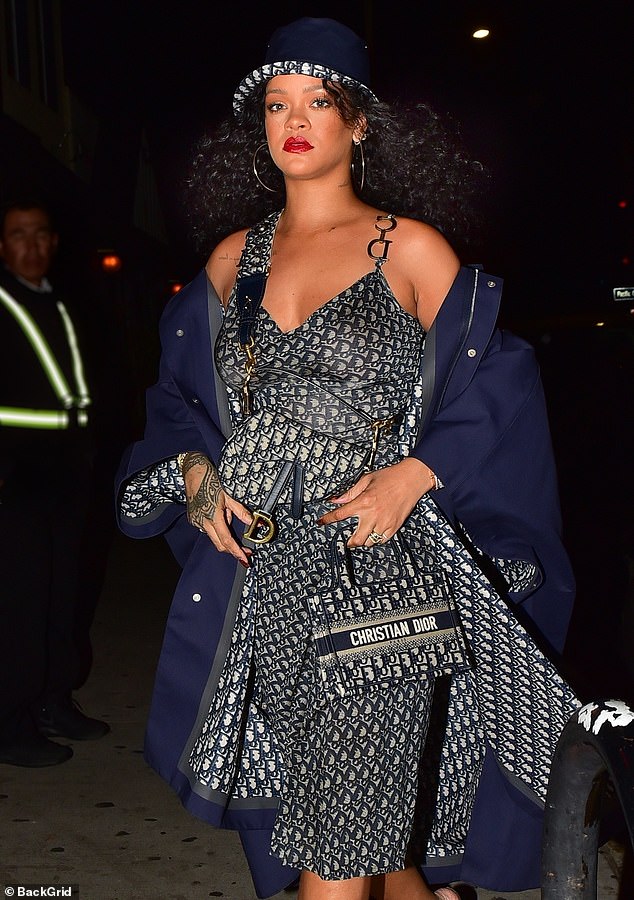 And while the look was an explicit homage to Dior, there was one small detail which went rogue: her footwear. Instead of Dior, Rihanna chose Amina Muaddi’s diamanté-crusted, double-strap stilettos, a shoe brand she’s currently devoted to (along with the rest of Hollywood).

A lovely and very sparkly side-step from her one-designer-wonder, the heels added a touch of glint to an otherwise monochrome (but mighty) outfit. As for the double bag trend, while it starred on the runways of Milan and Paris, in the real world, the trend is still testing the waters. 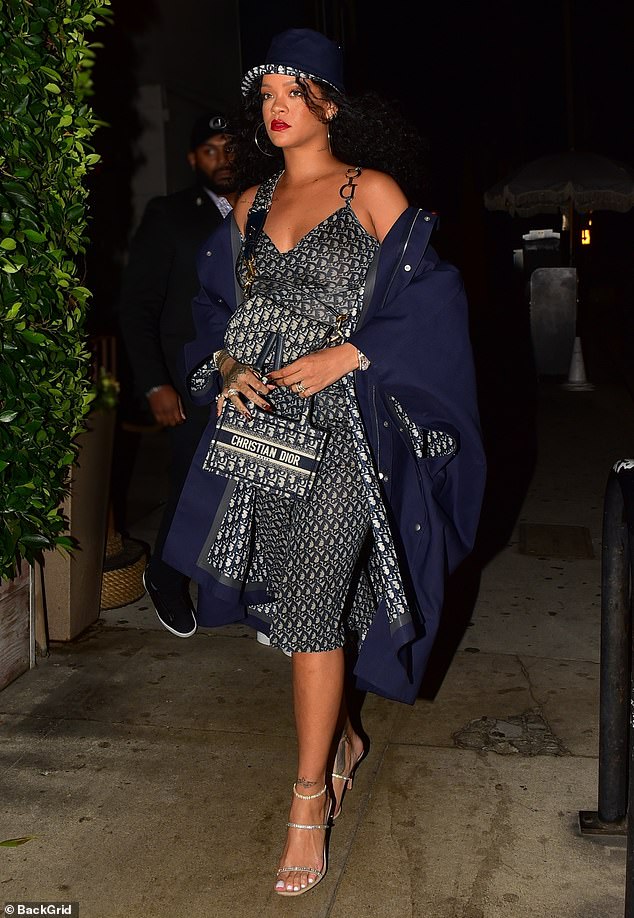