Could a RiRi/Rocky rom-com be in the works?

Over the past few months, Rihanna and A$AP Rocky have become more and more comfortable with letting the public in on their once very secret romance. After years of ‘are they or aren’t they?’, the pair finally confirmed they’re not only exclusively in a relationship, but they’re incredibly serious about each other, even spending lockdown together and travelling around the US in a tour bus.

Now, it appears the rapper and singer might be not just dating, but also working together. In new paparazzi photos taken over the weekend, the pair were shown swapping play for work in New York City, filming a project in the Bronx which included a huge camera crew and team.

This means one of two equally brilliant things: The two are either starring in a movie alongside each other, or they’re releasing new music together.

In the photos, the couple aren’t afraid of packing on the PDA: there are images of Rihanna touching her boyfriend’s face tenderly; holding hands; and the rapper wrapping an arm around his new love. They can’t stop smiling at each other and are, naturally, impeccably dressed.

It’s unclear what exactly they were filming, though some fans are pointing to the rapper’s recent interview with GQ in May for clues, in which he spoke about being 90 per cent done with his next album All Smiles. This means the set in question could be for a new single’s accompanying music video—which looks like it stars Rihanna.

Furthermore,  confirmed at the time that All Smiles has a romantic theme to it, calling the record a “ghetto love tale” that’s “way more mature” compared to his previous work. He also admitted Rihanna had listened to his new music and “absolutely” influenced it: “I think it’s important to have somebody that you can bounce those creative juices and ideas off of,” he said. “It’s just a different point of view.”

In the same interview, the 32-year-old (real name Rakim Mayers) spoke about how much he loves Rihanna, who was his longtime friend before the two started dating last year, calling her the “love of my life.”

Being in a relationship with her versus playing the field is “so much better,” he said. “So much better when you got the One. She amounts to probably, like, a million of the other ones. I think when you know, you know. She’s the One.”

Though, of course, fans of Rihanna have been patiently waiting for the singer to release an album for years now—something that’s become somewhat of a joke online while she’s has been busying herself with both her ultra-successful lingerie and beauty lines—the thought of a Rihanna and A$AP Rocky rom-com is almost too much to bear. I mean, just look at them. I don’t think I’ve ever seen him smile so much! 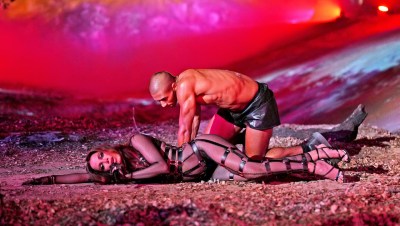 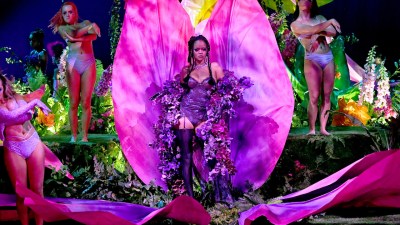 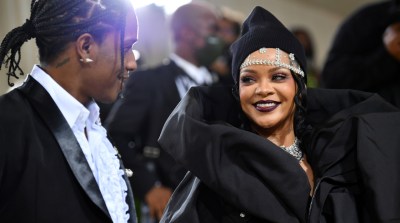 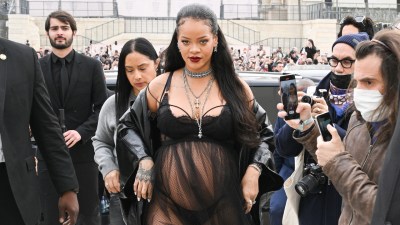 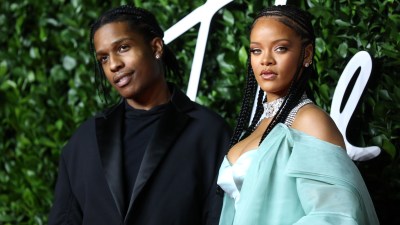