At Splendour in the Grass, the search for Taylor Swift gives way to incredible acts and disparate youth

Highlights from Splendour's sweet sixteenth included snakes, Santigold and songs from Flume's sophomore album 'Skin' coming together to form an unforgettable weekend in the sun Since going to ground last week over what’s perhaps best described as ‘a godsend to content creators‘, rumours of Scott and Andrea Swift’s eldest daughter Taylor making her first public appearance at Splendour in the Grass were to waiting-in-line chat what girls in slip dresses and chokers are to festival fashion in 2016.

Which is to say, they came in endless permutations.

“She’s hanging out in the Strokes’ compound”, someone working backstage told me. “My friend who works in audio said she was definitely here”, said another. “She took her private jet to Hawaii after The Strokes finished.”

“She’s got 13 guards and one of them is an Iraqi sniper. But it’s definitely worth a selfie.”
And like slip dresses – spotted in salmon coloured crushed velvet, in black satin or ornate florals – paired with white tees, they were everywhere on Day 01 of the sixteenth annual Byron Bay bacchanal, which this year attracted some 37,000 punters with the promise (most of them delivered upon) of a festival experience that’s near unparalleled in Australia. They were there in droves at touring mates Jack Garratt and Kacy Hill’s debut Splendour appearances, where both artists delivered incredible performances to match what were also reportedly stellar sideshows.

You couldn’t miss them at Leon Bridges or Years and Years, where both international acts astonished audiences with strikingly different sets; nor at the festival’s main stage, an amazing natural amphitheater, where that same evening Swiftian favourites The 1975 warmed up the crowed for the long-anticipated return of The Avalanches and The Strokes, both of whom came through with highly-danceable sets that affirmed the intergenerational appeal of this year’s lineup. The lineup – as always negotiating that delicate balance between the best new local acts (Montaigne, Wafia and Ngaiire), returning favourites (Courtney Barnett, The Preatures) undeniable crowd-pullers (Sticky Fingers, Flume, Boy and Bear) and headline grabbing international acts like Sigur Rós and James Blake – obviously resonated with Byron local Chris Hemsworth and his wife Elsa Pataky, both of whom emerged on Friday night doing their best impression of ‘inconspicuous’. That’s no mean feat when you’re six feet tall and built like a Norse god.

Hemsworth’s baseball cap and Pataky’s pink bob and ample face glitter both proved to be inadequate camouflage for the first night of the festival prior to The Strokes closing set – a riveting precursor to a night that would eventually be marred for some by hours-long queues for those departing the site for the surrounding towns by bus, with the festival eventually refunding those who’d purchased bus tickets but chose to walk to town rather than wait any longer. The most agreeable man in Hollywood, Mark Ruffalo, also allegedly found time to pose for photos with members of the police force backstage. Classic Mark Ruffalo. On Saturday morning, those of us playing along at home woke to find news that Swift had finally made her first public appearance in LA, with Tom Hiddleston who, of course, was seen wearing the same grey suede shoes he wears everywhere.

Later that same morning, Melbourne-based duo Slum Sociable would perform a cover of Kanye West’s Runaway, to spectacular effect. It felt, in a word, apt; perhaps even more so when, later that day, a snake made an appearance in the grass at the same tent where The Meeting Tree played their final show. From there, it was off to bear witness to the phenomenal Michael Kiwanuka, and before that, Gang Of Youths, whose set was mired by acoustic issues but was (arguably) redeemed by the ample use of confetti cannons (see above).

Those same acoustic troubles likewise hampered a marathon three hour set performed by iconic, maudlin Saturday night main stage headliners The Cure, whose incomparable catalogue of hits forged over a career spanning four decades was largely lost on those not within eyesight of Robert Smith’s signature coiffure and likewise those born after 1993.

Enter Saturday night saviour Santigold, whose high energy performance was teeming with hits and testament to her status as one of music’s most commanding artists. Highlights including Disparate Youth, L.E.S. Artistes, Big Mouth and Can’t Get Enough of Myself from this year’s 99c made it all worth the price of admission. The Cure frontman Robert Smith performing during the band’s three hour set on Saturday night
Credit: Stills in Time via Splendour in the Grass on Facebook

Fears of festival fatigue come Sunday were assuaged by the presence of acts perfect for low key afternoons spent recovering, like Sydney’s Little May, Brisbane’s Wafia and the always entertaining outfit The Internet, who made their welcome return to Australian shores. Having previously proven to be a highlight at this year’s Laneway Festival, frontwoman Syd tha Kyd also proved that she has grown more and more confident in guiding her crowd through a set that’s variously paced but never loses its chill.

That doesn’t mean that those looking to see off Splendour with more of a bang were disappointed: Jagwar Ma in particular reigned supreme with a fantastic return appearance, before it was left to Australian electronic music’s prodigal son Harley Streten – perhaps you know him as Flume? – to see out the festival with a stellar roll call of guests including Ngaiire, Remi, KUČKA and Vera Blue. The latter stepped in for a rendition of Skin’s massive single, Never Be Like You, the resulting effect ultimately proving that the 24-year-old has more than earned his place closing the main stage where only six years ago he was camping at a festival for the first time. 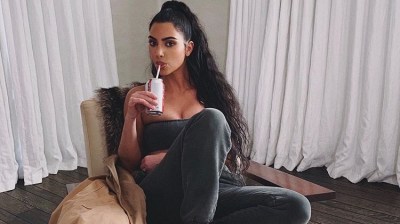 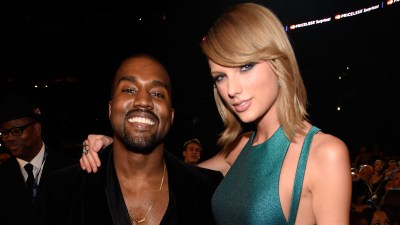 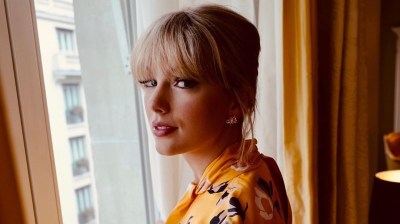 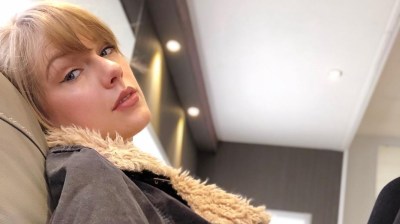 Taylor Swift Has Never Talked About This Before
Next page