Both women were hounded by the media following their 2006 divorces. But the actress says she was painted differently...

The paparazzi have long been criticised for being invasive and at times extremely reckless – after all, it contributed to the death of Princess Diana. In an interview for Time, Reese Witherspoon has reflected on the aftermath of her very public divorce from Ryan Philippe in November, 2006. The couple share two children, Ava Phillippe, 21, and Deacon Phillippe, 17.

The 45-year-old recalled a number of instances where the media would follow her to church, to soccer practice and even the children’s preschool at the time. “My children will tell you stories about being in preschool and people climbing on the roofs of our cars,” she told the publication.

At the time, Britney Spears was also experiencing a divorce from Kevin Federline. She and her two children, Preston Federline, 15, and Jayden James Federline, 14 were also relentlessly chased by the media. But the Morning Show star says while Britney along with Paris Hilton and Lindsay Lohan were painted as “bad women” while she was portrayed as “nice”. This Witherspoon believes shaped her career.

“What if the media had decided I was something else?” Witherspoon asked. “I would be in a totally different position. I want to say it’s my decisions or the career choices I made, but it felt very arbitrary. And kind of sh-tty.”

Last month, Jennifer Garner echoed these comments by revealing the media attention was one of the most difficult aspects of her divorce from Ben Affleck.

“We lived down a street that was chock-a-block full of actors, much more successful and famous and decorated than me, including Ben, and they’d all go by one-by-one, no problem, and then I’d go do a school run and it’d be 15 cars going with me,” Garner said. “I never had a day without them, and if I did, if I made it to a park by hiding in the bottom of the pool man’s truck or something, then a nanny would see me there and call a number and they’d swarm.”

Witherspoon relocated her family to Nashville following the divorce. She also has an 8-year-old son, Tennessee Toth, with her husband Jim Toth. 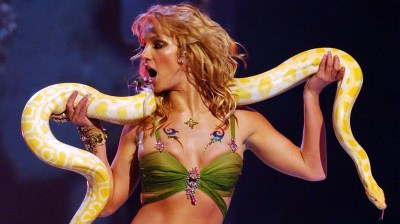 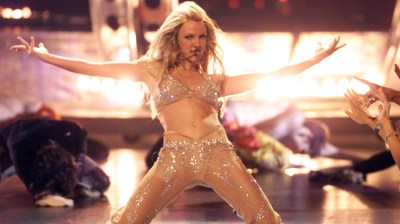 Sharon Stone Is The Fairy Godmother Of Celebrities
Next page