Rachel Green and Her Tartan Obsession Could Be Getting An On-Screen Revival, Says Jennifer Aniston

The actress says the entire cast would be up for a “Friends” reunion. And with that, it's perfect time to revisit those "apartment pants" 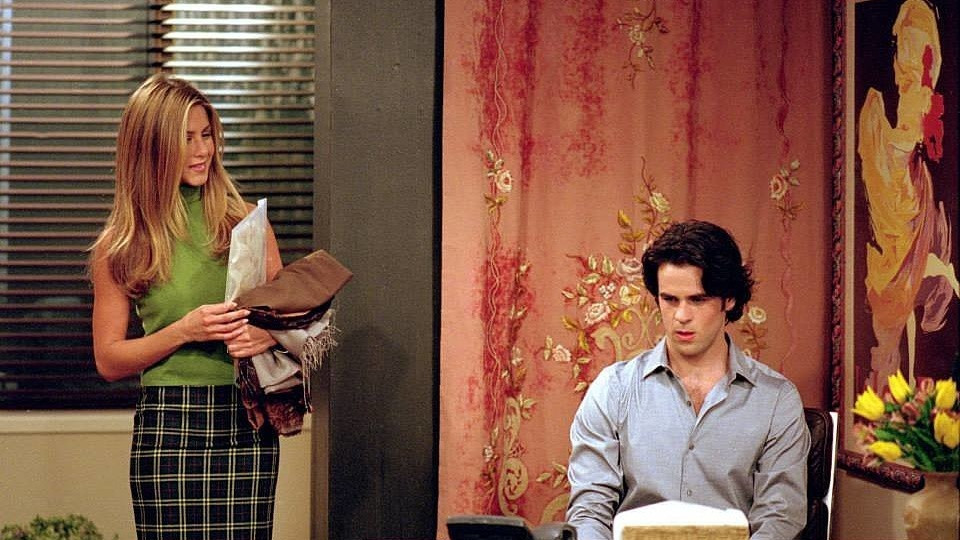 On September 22 1994, six completely unknown characters invited us into their make-believe living room in their purple apartment in New York City. Unbeknown to any of the actors who played them, Ross, Phoebe, Monica, Chandler, Joey and Rachel would become cult phenomenons – and the latter would stand the test of time to become the most famous of the lot.

In fact, the show’s director Jim Burrows piled the actors onto a private jet and sent them to Vegas before the first episode aired. There, he gave a speech warning this was the last time the group would have anonymity and that their lives were about to change forever. “[He said] ‘This world can be pretty dark, and you guys gotta really stick together and take care of each other,’” said Aniston on The Ellen DeGeneres show overnight. “And we took that to heart for sure, obviously. And then he handed us each a couple hundred bucks and said, ‘Now go into the casino and go gamble because this is the last time you’ll be able to walk into a casino anonymously.’ And we had no clue what he was talking about… and sure enough, that was the last time we were able [do that].”

Profile aside, it was Rachel Green’s sartorial takes on apartment style that saw Aniston – along with her rise to superstardom – become the ultimate 90s pin-up fashion muse. Her iterations of denim (midriff vests, tied-up shirts, overall shorts) were as innovative and famous as her haircut – and were most regularly teamed with a tartan apron at Central Perk where Rachel worked as a waitress.

But after ten seasons, the series had seen Rachel work her way up the fashion industry ladder to hold a top job at Ralph Lauren. While it was a far-fetched storyline, we saw Rachel’s denim obsession dissipate and her tartan apron creep onto pants and pencil skirts. And suddenly, we needed them all.

Speaking to the talk show host about a Friends reunion, Aniston said the idea was on the table. “I would do it,” she said, adding “the girls” (Courtney Cox and Lisa Kudrow) and “the boys” (Matt LeBlanc, Matthew Perry, David Schwimmer) “would do it, I’m sure. Listen, anything could happen.” (It’s a stance Aniston has stood by for a while. Just last year, she told DeGeneres, “Anything is possible. I mean, George Clooney got married!”)

In anticipation of this glimmer of hope that a reunion is indeed coming, we’ve collated every one of Rachel’s tartan looks below – and their vintage partner which you can shop now at vestiairecollective.com.