Priyanka Chopra Says Her Incredible Rise Is No Accident

And reveals what made her fall in love with Nick Jonas

Priyanka Chopra is one of the most interesting women to watch right now.

Since winning Miss World 20 years ago, Indian-born Chopra has evolved from pageant queen to Bollywood star to Hollywood actress, producer, philanthropist and one of the world’s 100 most influential women, according to Forbes.

In conversation with Tina Brown at the 10thannual Women in the World conference in New York City on Thursday, Chopra revealed what she believes is the secret to her success: recognising opportunity, taking hold of it and fostering it.

“I’m not a planner, honestly,” Chopra, who drew one of the largest crowds of the conference, said.

“I really am not. All I know is opportunity strikes when you don’t expect it. The smarter thing to do is to recognise opportunity. That’s what I have done all my life.”

What does Chopra mean by ‘opportunity’? Mostly, people and ideas.

“I’ve met amazing people and … dreams have come true out of those conversations.

“I [also] believe that ideas are the currency of the present. Allow your brain to have ideas. Think about how you can make those ideas real.”

The 36-year-old, all business in a grey off-the-shoulder blazer and pencil skirt, had the mostly female crowd whooping and cheering as she gave a mini-motivational talk.

“This is the time when we can do it. Never before in the history of mankind have we been able to sit in our home, have an idea, turn it into an app and monetise it.

“You can do anything, anywhere, it’s just that people hold themselves back. It’s all in the mindset.”

When asked about her recent marriage to Nick Jonas, Chopra was only too happy to open up about the pair’s early courtship and how they evolved into a power couple. 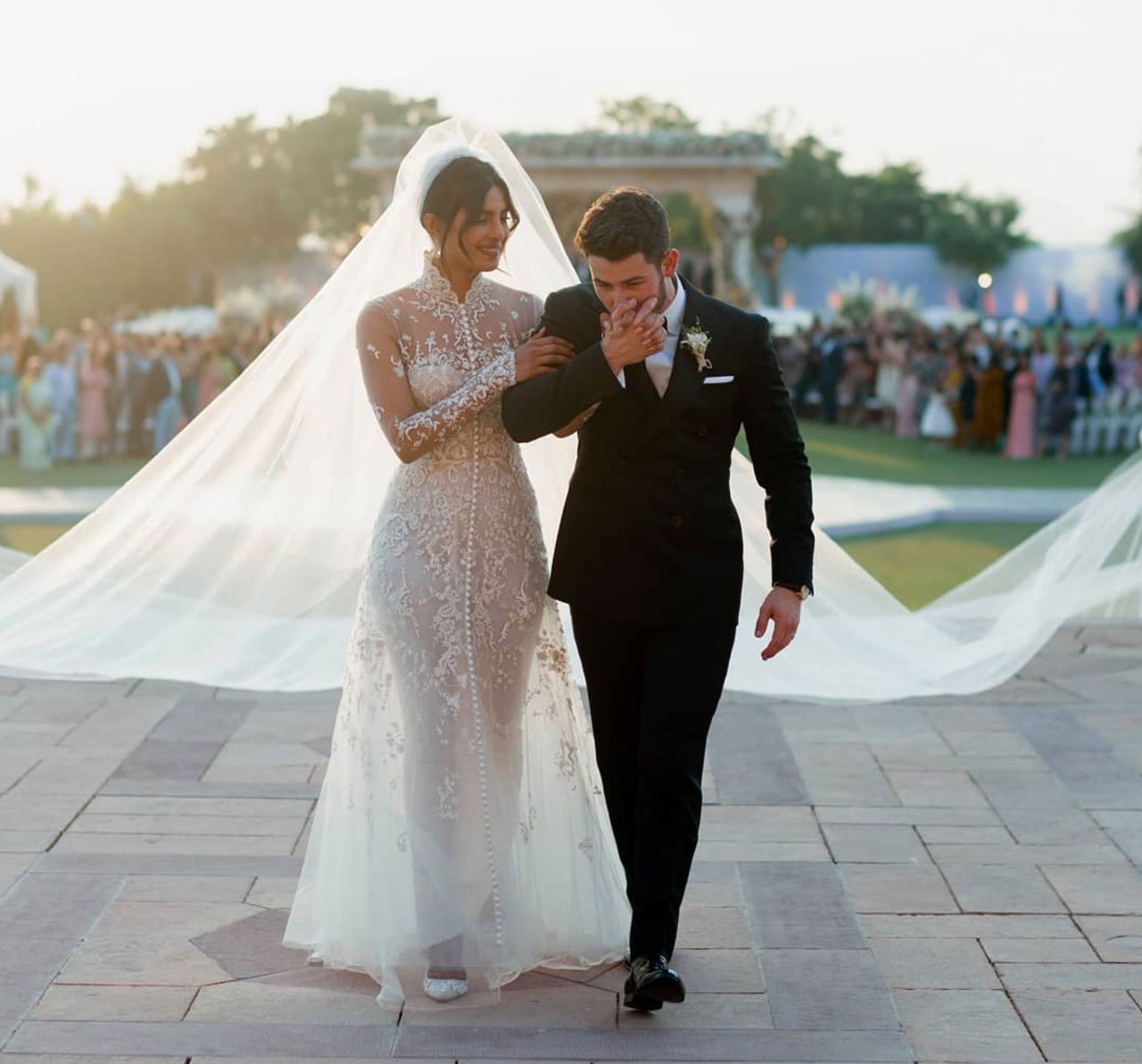 “I didn’t think this would be what it turned out to be. And that’s maybe my fault – I judged a book by its cover,” she laughed.

“When I started actually dating Nick, he surprised me so much he … I called him ‘old man Jonas’. OMJ. He’s such an old soul. Extremely smart. And so good for me because he grounds me so much. I’m a wild child, I do what I want whenever I want and he always supports me.”

Chopra said things really clicked for her on one of their early dates. When she told him she had to go to a meeting and couldn’t stay, he didn’t beg her to move her commitment.

“He said ‘I know you wouldn’t have gotten to where you are without hard work, so go to the meeting and come back.’

“No one [other men I had dated] had ever done that before.”

Chopra and Jonas are both dedicated philanthropists, and the Quantico actress hinted the pair have big plans for making the world a better place.

“There are things we want to do together and we know we have the ability to. It’s our favorite phrase, that we want to change the world any way we can.”

Grazia Australia is reporting live from #WITW all week. Check back for more.